A CULINARY ROAD TRIP FROM THE BASQUE COUNTRY TO PARIS

Gourmands, driving enthusiasts and curious travellers will delight in this phenomenal 13-day road trip, working its way from San Sebastián - the unsuspecting seaside home to 16 Michelin-starred restaurants, setting the tone for the rest of your stay - through the lesser-known Basque borderlands and into France for scenic forests, coastal climes and the wine region. You will reach Paris with a deeper understanding of the culinary nuances found throughout south-west France, thanks to daily detours to local markets, vineyards and the finest restaurants in the region. Put your foot to the pedal, rack up some serious mileage - and Michelin stars. 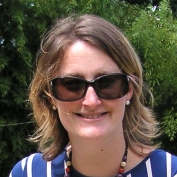