A GUIDE TO NORTHERN CORFU

British travellers have been visiting Corfu for more than 200 years. Those in the know head to the north, where stylish villas look down on idyllic bays and days are spent puttering by boat between tavernas.

About the same size as Mallorca, Corfu is the second largest of the Ionian Islands, which appear like a chain off the west coast of mainland Greece. The second largest it may be but it’s certainly the best known, and it’s back in vogue again thanks to the popularity of the TV series, The Durrells.

The majority of our luxury villas in Corfu are located in the rural northeast of the island where you'll find a land of pretty, pebbly coves, pristine beaches and clear water, where limited road access encourages travelling by boat. The sea is warm, and the walking – especially in spring when the island is carpeted in colourful wildflowers – is among the best in the Greek islands. 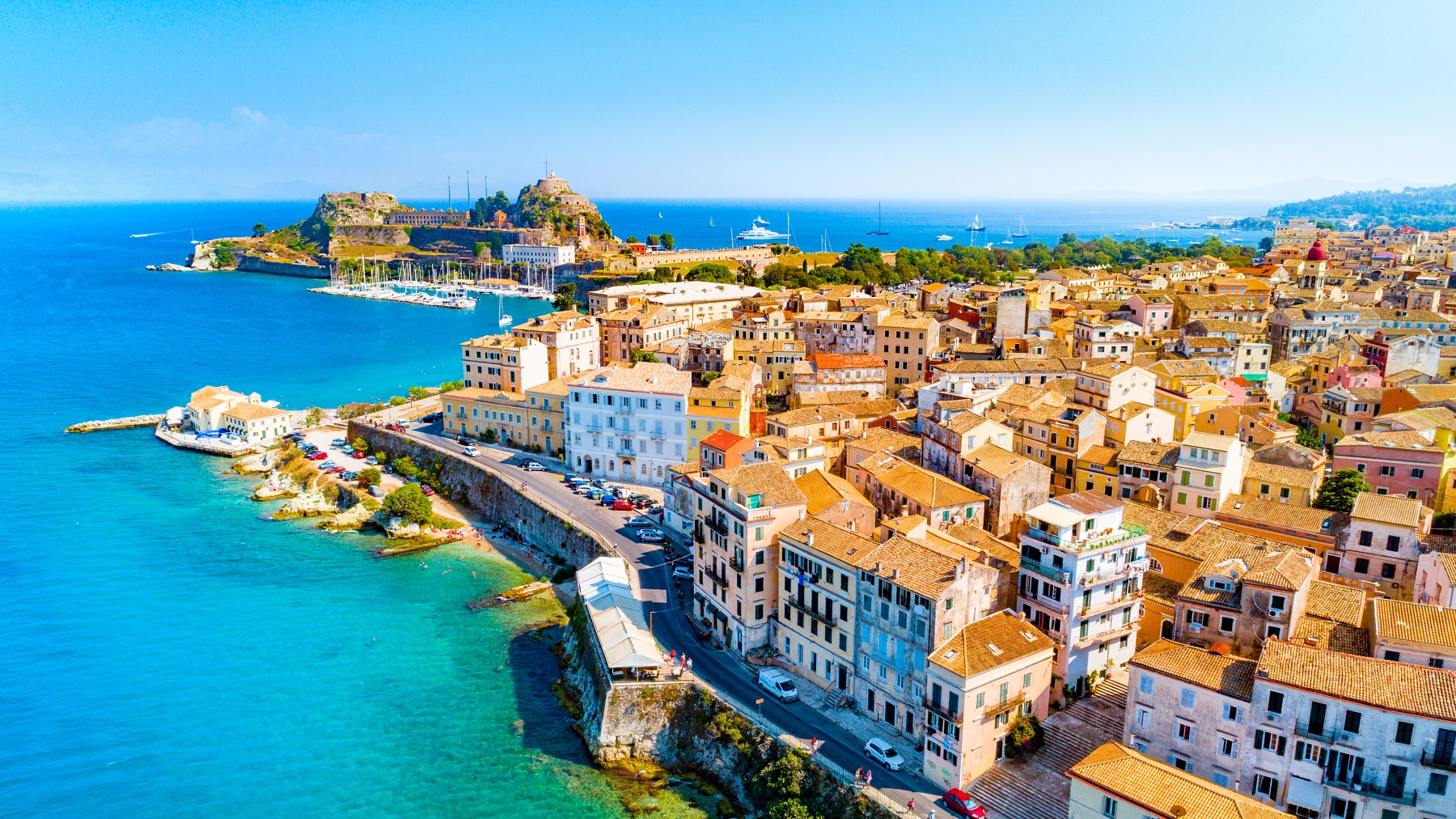 Any visit to Corfu should at some point include a foray into elegant Corfu Town. With its pretty cobbled streets, world-class museums, delectable restaurants and fascinating mix of Venetian, French and British architecture, it’s certainly worth a detour from your villa for a day.

The grand seaside esplanade, Europe’s second-largest square, is the town’s social hub and a wonderful spot to find a café for people watching. Two impressive fortresses bookend the town, the Old and the New, and both have stunning views. Also worth a visit is the Mon Repos estate to the south of town, the former summer retreat of the Greek royal family and the birthplace of the Duke of Edinburgh.

Further south still, about a half-hour walk from Mon Repos, is one of Corfu’s most picture-perfect sights, the whitewashed monastery of Vlacherna, which sits on its own promontory as if cast into the bay. Equally Instagrammable is Mouse Island right behind it, which has its own place of worship neatly hidden among the trees. Boats run regularly between the two and if you’re lucky you’ll spot dolphins as you skim across the bay. 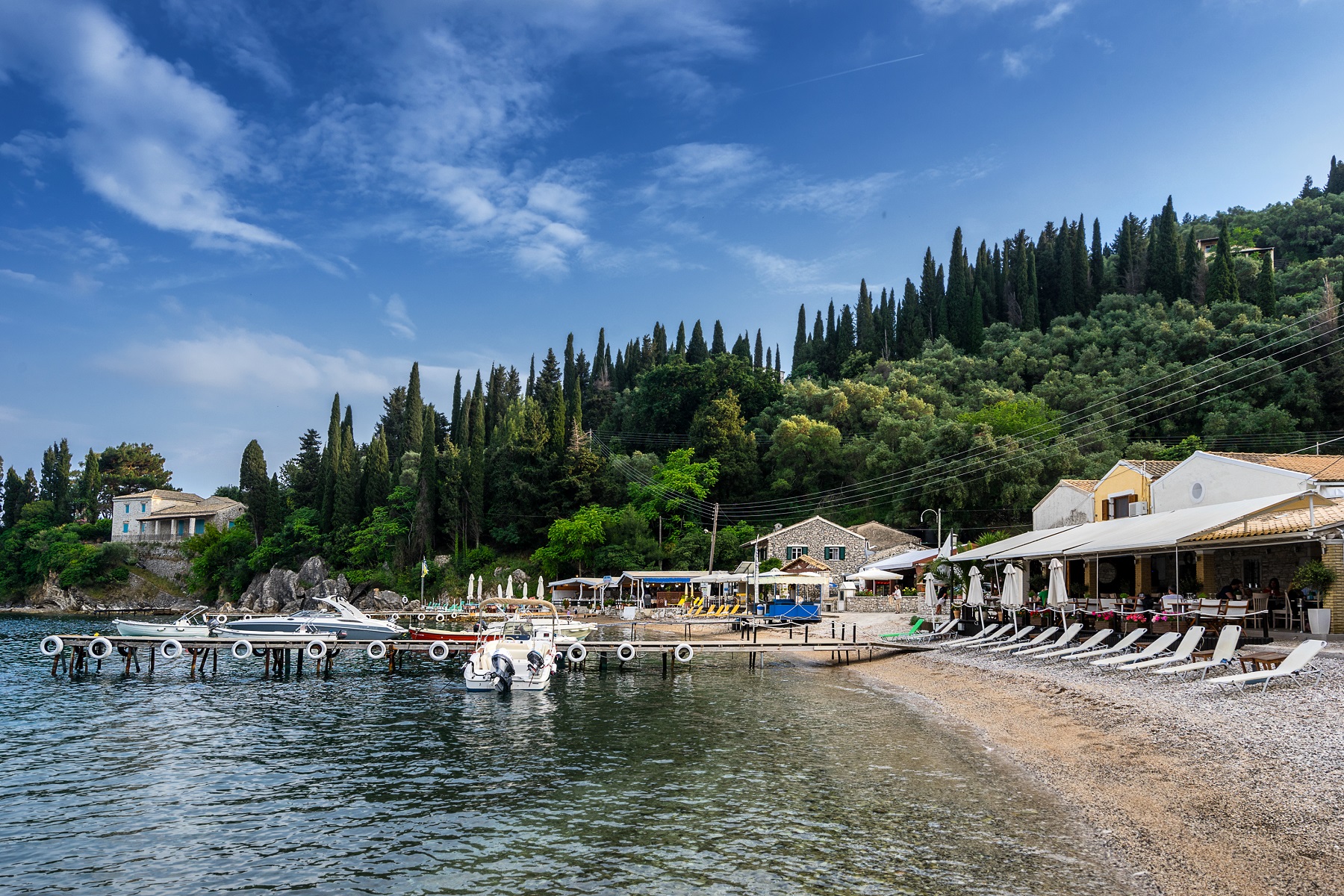 Due north of Corfu Town, across the bay, the 16-kilometre curl of coast on the northeast of the island between the villages of Nissaki and Kassiopi is aptly referred to as Millionaire’s Row. This is where the Rothschilds like to unwind, and with its beautiful villas, pastel villages and idyllic bays it’s easy to see why.

The first fashionable enclave north of Nissaki is Agni, a traditional fishing village with a small beach and a handful of good tavernas specialising in seafood, including the excellent Toula’s and the waterfront Nikolas Traditional Taverna. 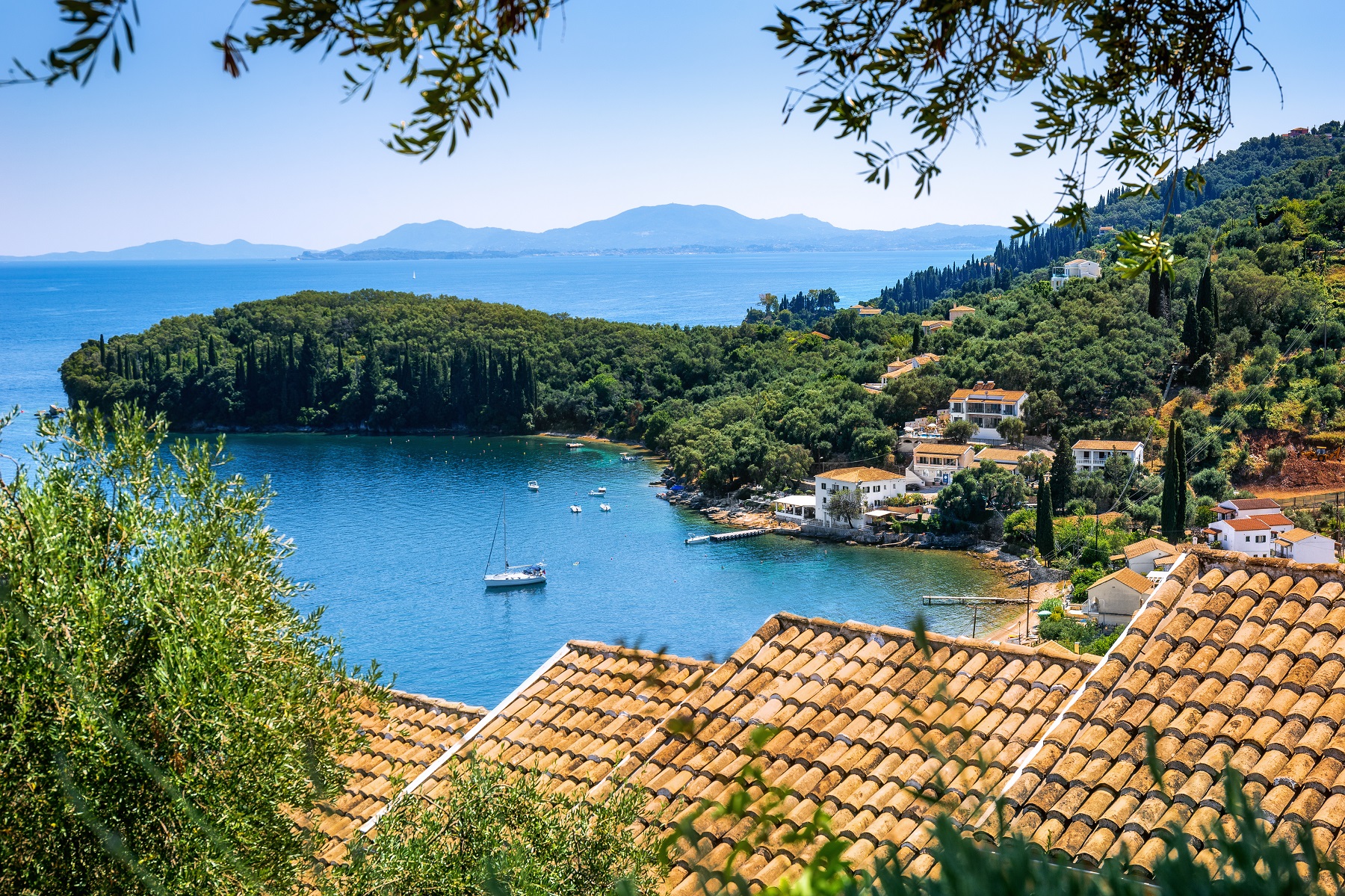 Continue north and you’ll soon reach Kalami, where both Lawrence and Gerald Durrell lived for many years prior to World War Two. For many people the Durrells are Corfu. In the five short years the family lived on the island, they made friends with the locals, found literary inspiration and lived a splendid life, surrounded by nature and Greek hospitality. Gerald Durrell’s much-loved memoir My Family and Other Animals was based on their time here, while Lawrence Durrell’s Prospero’s Cell is a lyrical evocation of the island.

The White House in Kalami is where Lawrence and his wife Nancy lived in the 1930s and is the only one of the Durrell houses that’s open to the public. Its small museum is full of Durrell memorabilia and there are guided walks that leave from the house and follow the same trails that inspired Gerald Durrell to become a conservationist. 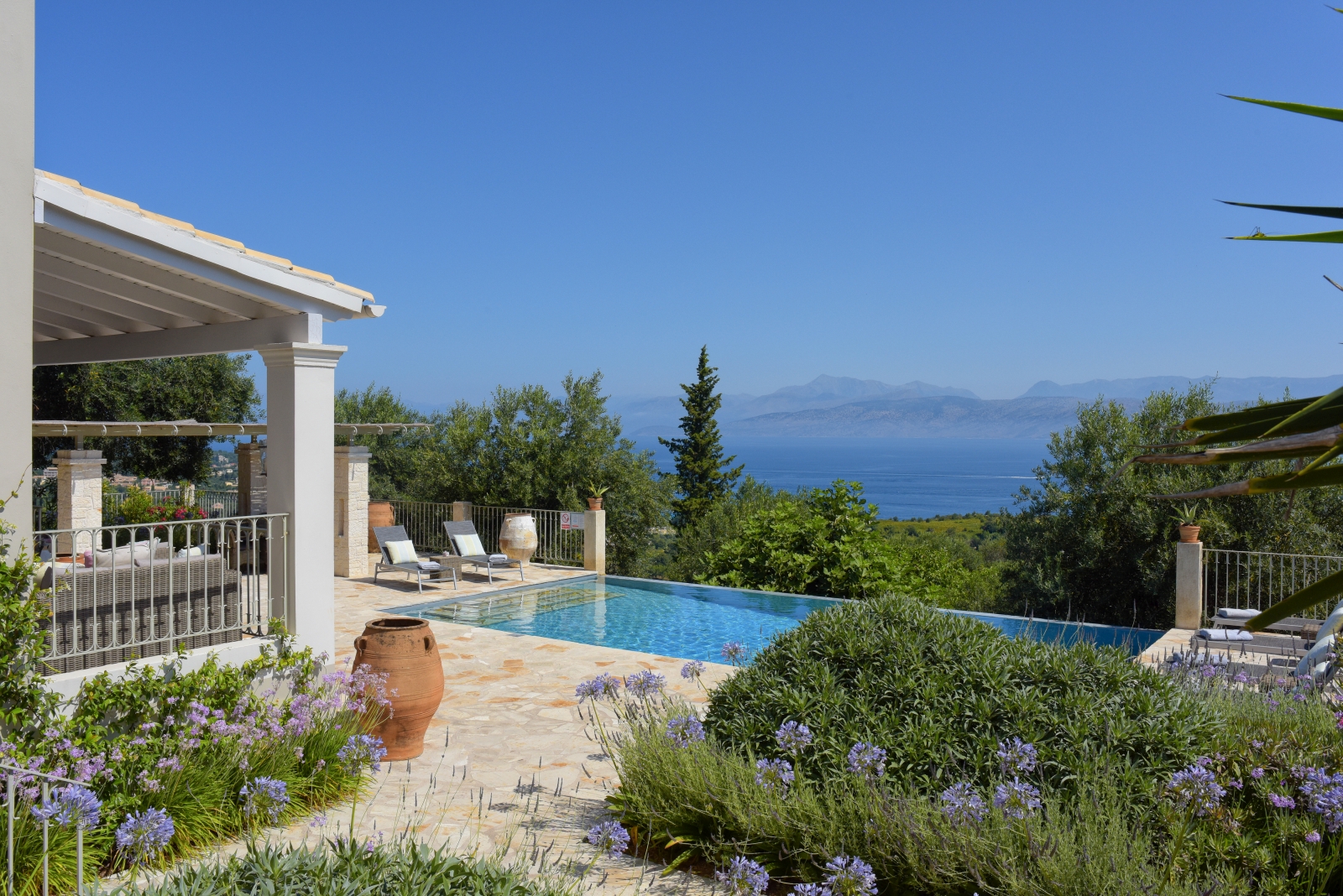 North again, gorgeous little Avlaki lies beyond a wooded headland. Here, there's a sizeable beach with a sailing centre and several excellent restaurants, including Cavo Barbaro, which gets rave reviews for its traditional Greek cuisine.

Several of our most popular Corfu villas are within walking distance of Avlaki Beach, including the simple but spacious three-bedroom Villa Eremitis; the luxurious Villa Icarius, which has its own private jetty for exploring by boat; and the smart and contemporary Villa Eleni, a six-bedroom house from which it’s possible to stroll not just to Avlaki but also to Kassiopi. 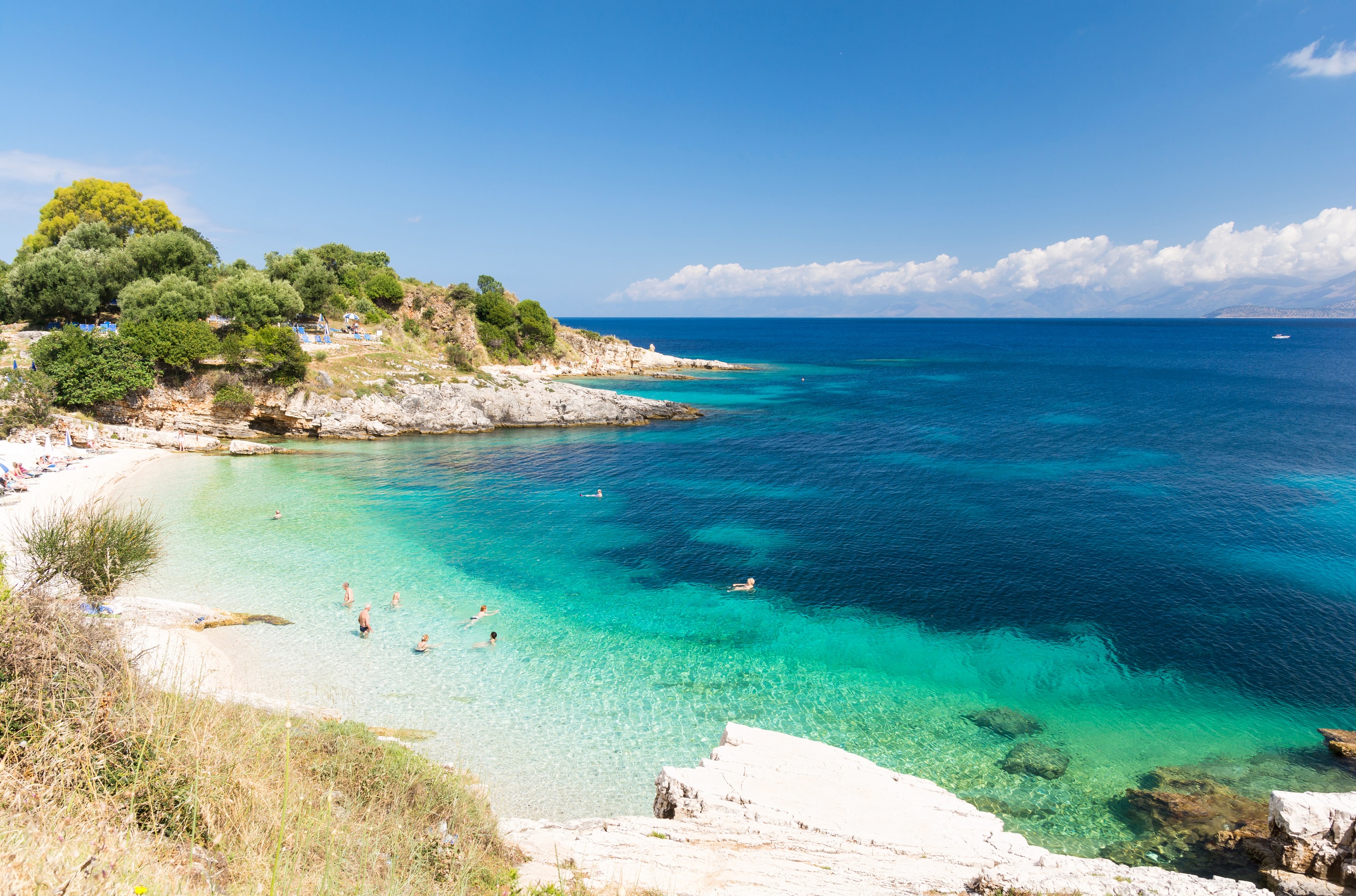 Marking the end of Millionaire’s Row, Kassiopi has myriad shops, tavernas and bars. Though lively, it’s still far more genteel than the boisterous resorts of the south, and you’ll still find local fisherman laying out the morning’s catch in the harbour as well as peaceful beaches close by.

Villas near here are always popular with teenagers, as it gives them a bit of nightlife without you having to veer away from the beauty of the northeast. It’s a practical choice too. Kassiopi is a great place to charter boats (by far the best way to explore this part of the coastline), there’s a trustworthy dive centre, and all manner of activities can easily be arranged here, from waterskiing and paragliding to mountain biking and horse riding. 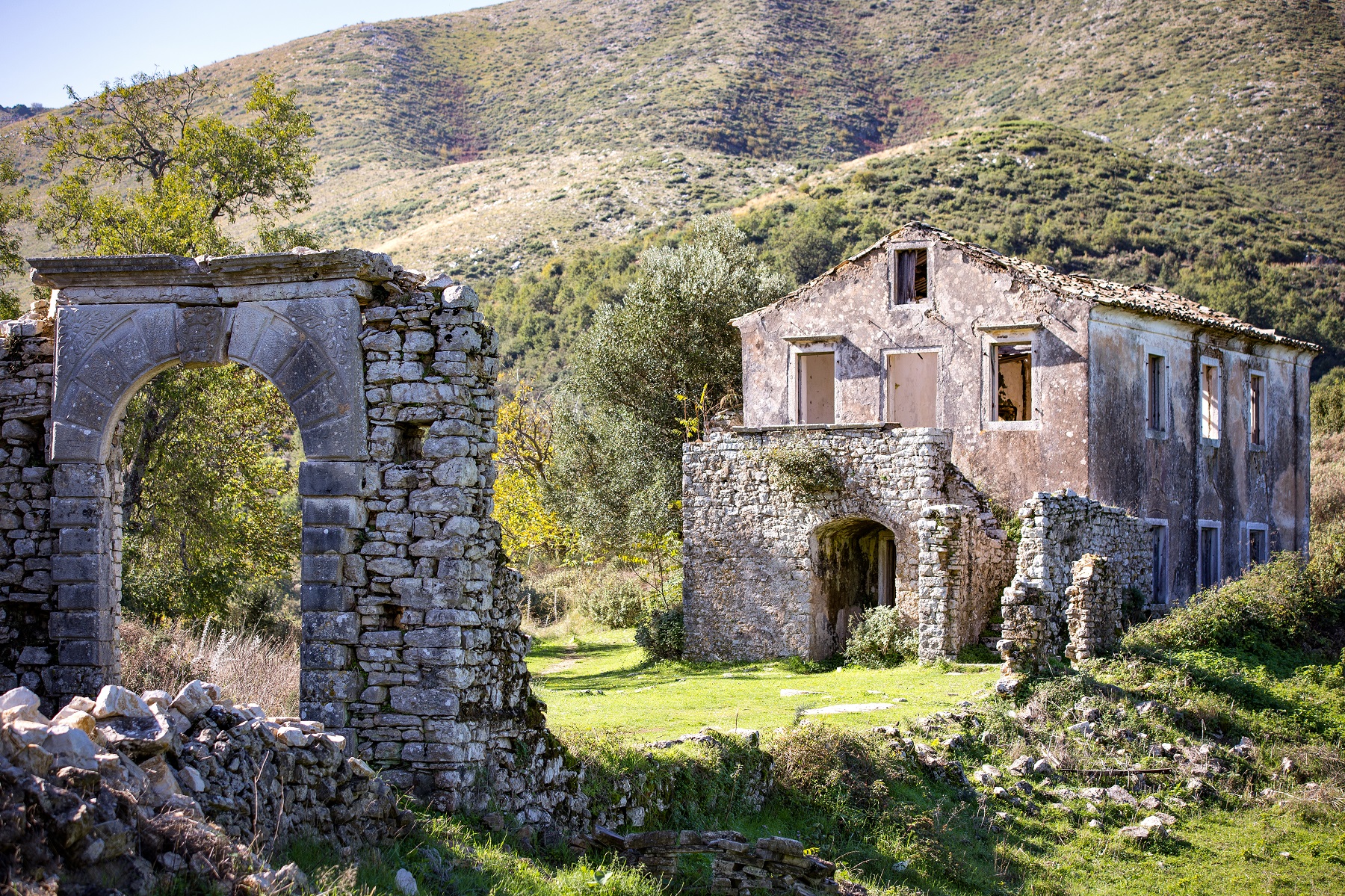 For many people, the most beautiful part of Corfu is inland, where rolling olive groves and grand old manor houses are reminiscent of Tuscany, and you’ll still find old women in traditional black dresses and knee-length pop socks.

Less than 30 minutes from Avlaki or Kassiopi and you’ll be up in the mountains in the shadow of Mt Pantokrator, Corfu’s highest point. It’s worth the winding drive to see Old Perithia village, built in the 14th century while the island was under Byzantine rule. For years the village prospered but by the 20th century its residents had begun to leave, drawn to the coast by the wealth brought in by tourism. Today the village has heritage status and its 130 houses, many built in Venetian style, lie abandoned in varying states of dereliction. The air is fresh, the views are spectacular and there’s a handful of tavernas serving excellent mountain fare. 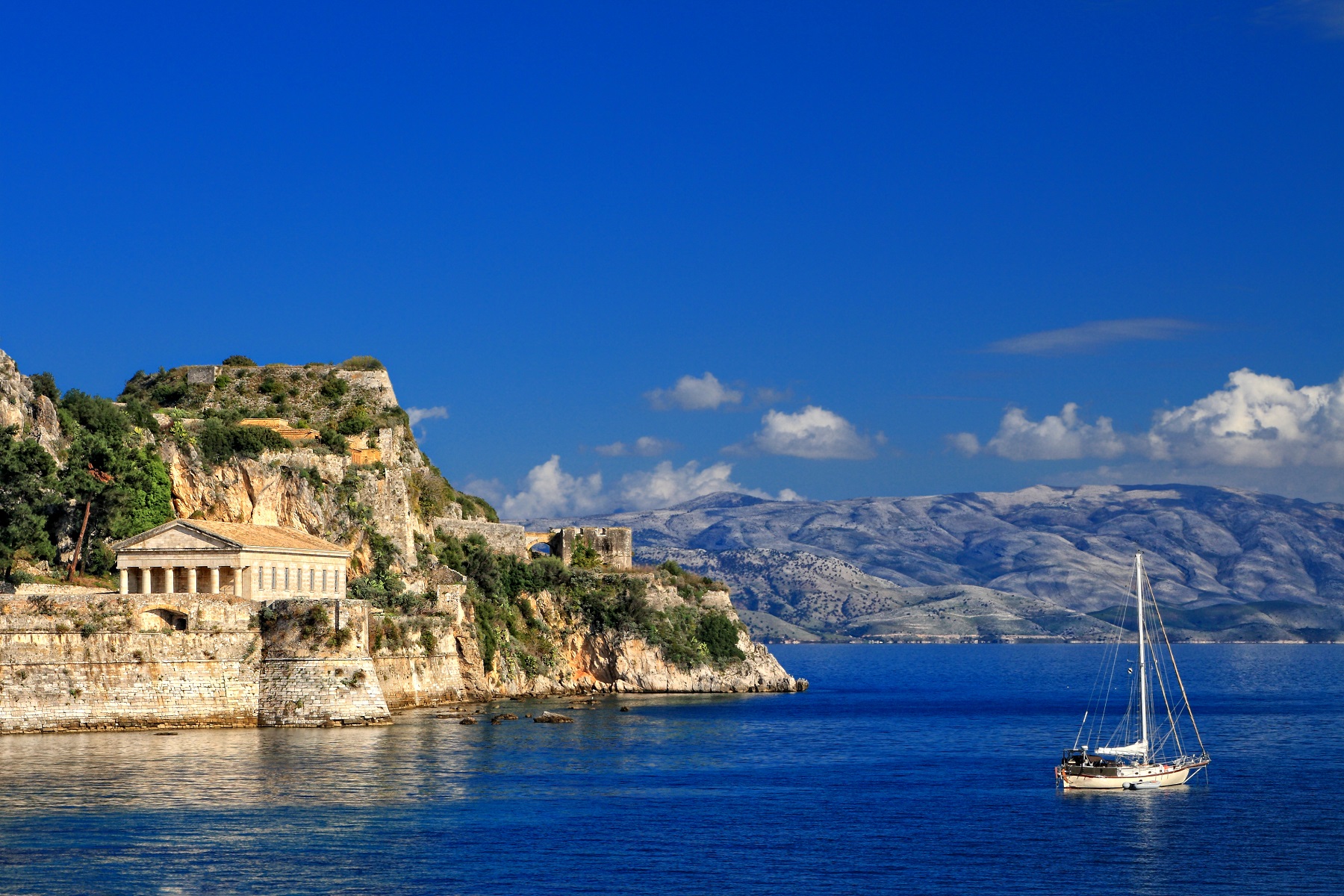 It’s no surprise that Gerald Durrell discovered his love for the natural world while wandering the tracks and trails of Corfu. To this day, the island is a mecca for walkers of all ages, many of whom arrive in spring (April to June) when a profusion of wildflowers carpets the whole island.

Durrell, of course, didn’t have the benefit of the Corfu Trail, a way-marked path that traverses the whole island from north to south, connecting ancient villages and Byzantine monuments with glorious beaches often far from the tourist trail. Don't miss the stretch that takes in Porto Timoni, in the north-west, where the coast is particularly rugged and punctuated with tiny coves. 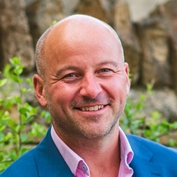