With every passing year, the world becomes more fragile. Since founding Red Savannah in 2011, we have seen first-hand the effect of climate change. Every client wants to be assured that they are travelling at the ‘right’ time of year, but all too often the ‘right’ time unexpectedly turns out to be the ‘wrong’ time as global weather patterns undergo seismic shifts. Over the last 70 years, urban populations have increased by a factor of seven, energy use has multiplied by a factor of five and the amount of nitrogen entering the oceans has quadrupled. The WMO reports that the 20 warmest years on record have been in the past 22 years, with 2015-18 making up the top four.

If this continues, the earth will likely experience temperature rises of 3-5°C by 2100 – potentially causing catastrophic change. Rising sea levels will submerge low lying communities while increased acidity will diminish our ability to grow key cereal crops. And, as the world eats more meat, it has been discovered that beef cattle raised on deforested land produce 12 times more greenhouse gases than those raised on natural pastures. And then there’s plastic. There are now 500 times more pieces of microplastic in our seas than there are stars in our galaxy and by 2050, it is estimated there will be more plastic than fish. Since the 1950s we have produced an estimated 8.3 billion metric tonnes of plastic, 79% per cent of which has been thrown away, either into landfill sites or into the general environment.

Luckily there is still hope. Humans are savvy and while history shows us that plenty of civilisations have caused their own extinction by their failure to adapt, we now live in a world where change is more readily embraced. With scientists much more able to predict future outcomes, we are still in a position where such outcomes can be offset by proactive economic & lifestyle management. At Red Savannah, we are completely conscious of the fact that the accusation can be made that travel itself is environmentally damaging. We would argue that by following a low density model and supporting suppliers who take the environment seriously, any damage can be mitigated. And in many cases, low density tourism is sometimes the only reason why land is not developed or exploited. In addition, we must not forget that the travel industry is the world's largest employer (319 million jobs) and generated 10.4% of the world's GDP in 2018 (Source: WTTC: Economic Impact 2019).

We know we cannot claim to be environmental warriors but on the basis that every little bit counts, we are also doing our best to support organisations that we feel really make a difference. Each Red Savannah donation will have a meaningful benefit to the projects concerned and we encourage you to get involved yourself.

We can only do what we can do, but if we can change just one life for the better, protect one more tree or remove one piece of needless plastic, then we have made our own small difference. 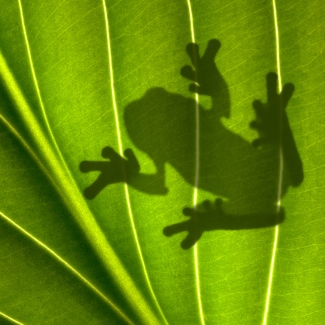 Every day, precious acres of rainforest are lost forever. In 2020, the world lost more than 30.1 million acres of tropical forest - that's nearly an acre per second.

The carbon released into the atmosphere as a result of deforestation increases the planet’s vulnerability to climate change, threatening all species, including humankind.