Over the last fifteen years National Guide Yan Naing Htun has witnessed the cultural and political changes that Myanmar has undergone. As a well-read, intelligent local he describes how the nation has begun to open up to the outside world, despite facing challenges along the way. Having met Yan, his passion for attracting more travellers to Myanmar is obvious, but he stresses the importance of a sensitive approach to the country’s culture and religion to get the most from your holiday in Myanmar.

Where do you guide?
All over Myanmar, with areas of focus including Mandalay and the North, Bagan and Inle Lake and the Shan State.

How have you seen Myanmar change in the last 15 years?
It is quite interesting to look back over the last 15 years. Shortly after the millennium there was political turbulence leading eventually to the Saffron Revolution of 2007, followed by the saddening and devastating Cyclone Nargis, which hit the delta in 2008. Surprisingly this disaster actually marked a turning point and people started to unite and work towards reform. The last five years has generally seen some good changes, but the greatest change for the country was the victory of the NLD (National League for Democracy) political party in the 2015 election. It has been so interesting for me to experience the changes, albeit slow, and I’m optimistic for the future.

What attracted you to becoming a guide in the first place?
I love sharing information, travelling and photography. I studied English Literature together with Burmese in Mandalay University. Guiding is the profession which suits all those things.

Which area has seen the most positive developments for tourism over the last 5 years?
The northern Shan State area including Pyin Oo Lwin, Gotteik Viaduct and Hsipaw.

What changes would you like to see that might help attract more travellers to Myanmar?
Introducing new tourist destinations and opening more remote areas to explore, without too much paperwork.

Which areas do you enjoy taking guests to the most?
I like hill tribes, so I enjoy taking my guests to the Kyaing Tong (Kengtung) area. I also like old buildings and different types of people, which can be found in Mawlamyine (Moulmein).

Is there anywhere that you would like to take guests that you are currently unable to access or which are still basically unvisited?
The southernmost part of Myanmar such as the beaches of the Myeik Archipelago and the villages near Kaw Thoung, Myeik and Dawei.

What experience as a guide has scared you the most?
About fourteen years ago I was subjected to a scary and unexpected midnight interview by military officers in Sittwe, in the Rakhine State. There was a dusk-to-dawn curfew and we were not allowed to take any photos. But, unknown to me, one of my guests went out at night and took photos of soldiers!

What experience as a guide has made you happiest?
My happiest moment was when I received a big camera as a tip from guests (your guests) at the end of the tour, to replace my outdated camera.

Have you guided any famous people?
I have guided some important people, like Lords and Ladies and a well-known medical doctor. Unfortunately I haven’t had the chances to guide any movie stars or football players!

What advice would you give to your 18 year old self?
I would advise to study hard, marry late, and travel more.

What are your plans after guiding, if any?
Plans after guiding make me sleepless as it is too hard for me to stop! If I had to change profession I would rather like to move into management, but still in the tour operating area.

Where in the world would you like to travel?
I would like to watch a good football game at Anfield, Liverpool! 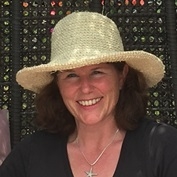