Rainforest Trust was established in 1988 and has grown into one of the world's most effective and respected conservation organisations. In the last 30 years, the organisation has protected over 42 million acres across the tropics, ensuring not only the storage of carbon which would otherwise have been released into the environment, but also the protection of endangered species and threatened indigenous communities.

Rainforest Trust UK is able to allocate 100% of donations to conservation action as all its operating expenses are covered by donations from Board members, Gift Aid and other supporters.

Our support of Rainforest Trust supports their Climate Action Fund to protect forests which store and sequester vast quantities of carbon. The fund supports high-impact projects to protect frontier forests in imminent danger of destruction, highly efficient water-inundated forests that protect against carbon-releasing decomposition, and large ‘carbon vault’ hardwood forests that store carbon in their wood, roots and soil. By protecting the world's most important tropical forests, Rainforest Trust will work to permanently lock up 15 billion tonnes of carbon by 2025.

Our donations to date have supported the following projects: 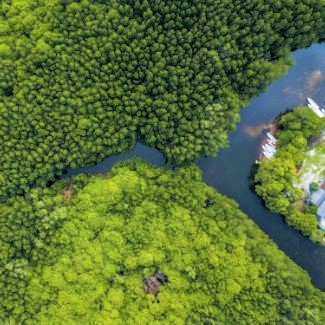 The protection of tropical forests has been identified as one of the best ways we can combat climate change in the here and now.  Preserving these forests enables the sequestration of vast sums of carbon, preventing huge quantities being released into the atmosphere. The Rainforest Trust aims to permanently lock away 15 billion tons of carbon by the year 2025, and their Climate Action Fund is already playing a crucial role in this mission. The fund supports a wealth of individual forest protection schemes worldwide, intervening to establish public and private nature reserves in the most threatened areas of highly effective forestland at source, and appointing experienced local conservation partners to manage these reserves once established. Having a fund already in place allows the Rainforest Trust to react quickly in areas suddenly exposed to imminent danger, enabling crucial funding to be fast-tracked with minimal delay. 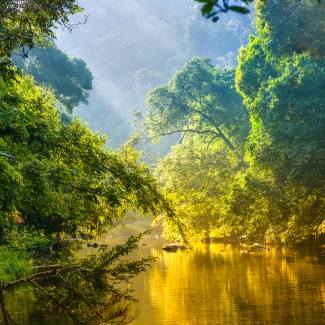 The Loreto and Ucayali regions are two of the largest moist tropical forests in Peru, a country where half the surface area is covered by tropical forest. The regions are home to 220 communities and endangered species, including Giant Otter, Black-faced Black Spider Monkey and White-bellied Spider Monkey. Hundreds of indigenous communities – and of course the wildlife – had no recognised land rights and were under threat from loggers, mining, gas and agricultural industries. Rainforest Trust is working in partnership with the Center for the Development of an Indigenous Amazon (CEDIA) to secure titles for all 220 communities, covering an area of more than six million acres. The land rights will not only protect the area from deforestation and prevent the release of carbon into the environment, but also secure the homes of the native communities and preserve habitat for endangered wildlife. Our first donation in support of this project was made in September 2019 and protected 9,230 acres of threatened rainforest in the Peruvian Amazon. 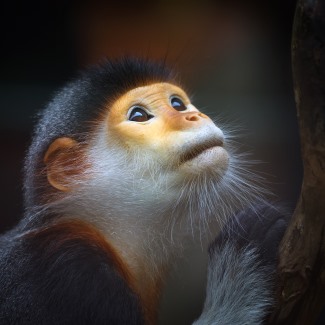 We are delighted to report that this project is now fully complete and 133,098 acres of land protected!

The Khoun Xe Nong Ma province in Southeast Asia’s Annamite Mountains is one of the world’s most important biodiversity regions, supporting unique species including the Critically Endangered Saola (also known as the Asian Unicorn), Large-antlered Muntjac, Southern White-cheeked Gibbon, Red-shanked Douc Langur and Chinese Three-striped Box Turtle. These species were threatened by illegal snaring by commercial hunters. Rainforest Trust is working in partnership with Asian Arks and with the support of local communities to conserve the forest as a National Protected Area. As well as placing the area under legal protection, funds will also be used to train snare removal teams and support revenue-generating activities such as eco-tourism to ensure long-term sustainability. Our first donation in support of this project was made in September 2019 and protected 530 acres of threatened rainforest in the Annamite mountains in Laos.