With thousands of years of history to explore it can be overwhelming to know what to experience first on a one or two week luxury holiday in Egypt. Our specialists have explored the country from north to south and can advise on the very best things to do.

VISIT THE EGYPTIAN MUSEUM OF ANTIQUITIES 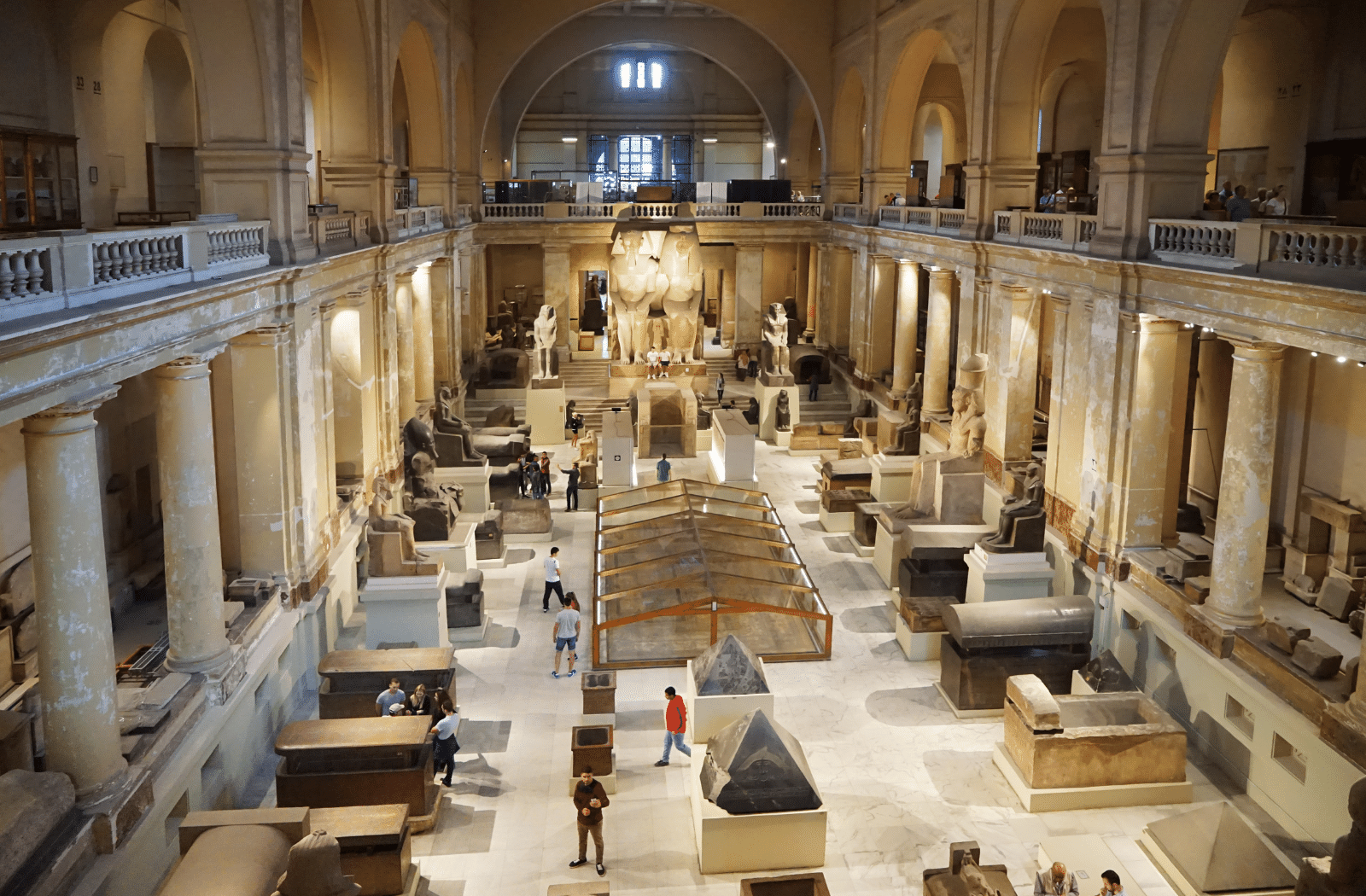 Opened in 1902, this is the oldest archaeological museum in the Middle East – and one of the most fascinating. The historic landmark building in downtown Cairo houses 120,000 objects – the largest collection of Pharaonic antiquities in the world – which date from the pre-historic era to the Greco-Toman period. Don’t miss highlights such as the Royal Mummy Room, the Amarna Room and the Tutankhamun Collection. It’s worth noting that the exhibits are gradually being moved to the highly-anticipated new blockbuster Grand Egyptian Museum, which is slated to open in November 2022.

DISCOVER THE ANCIENT SITE OF SAQQARA 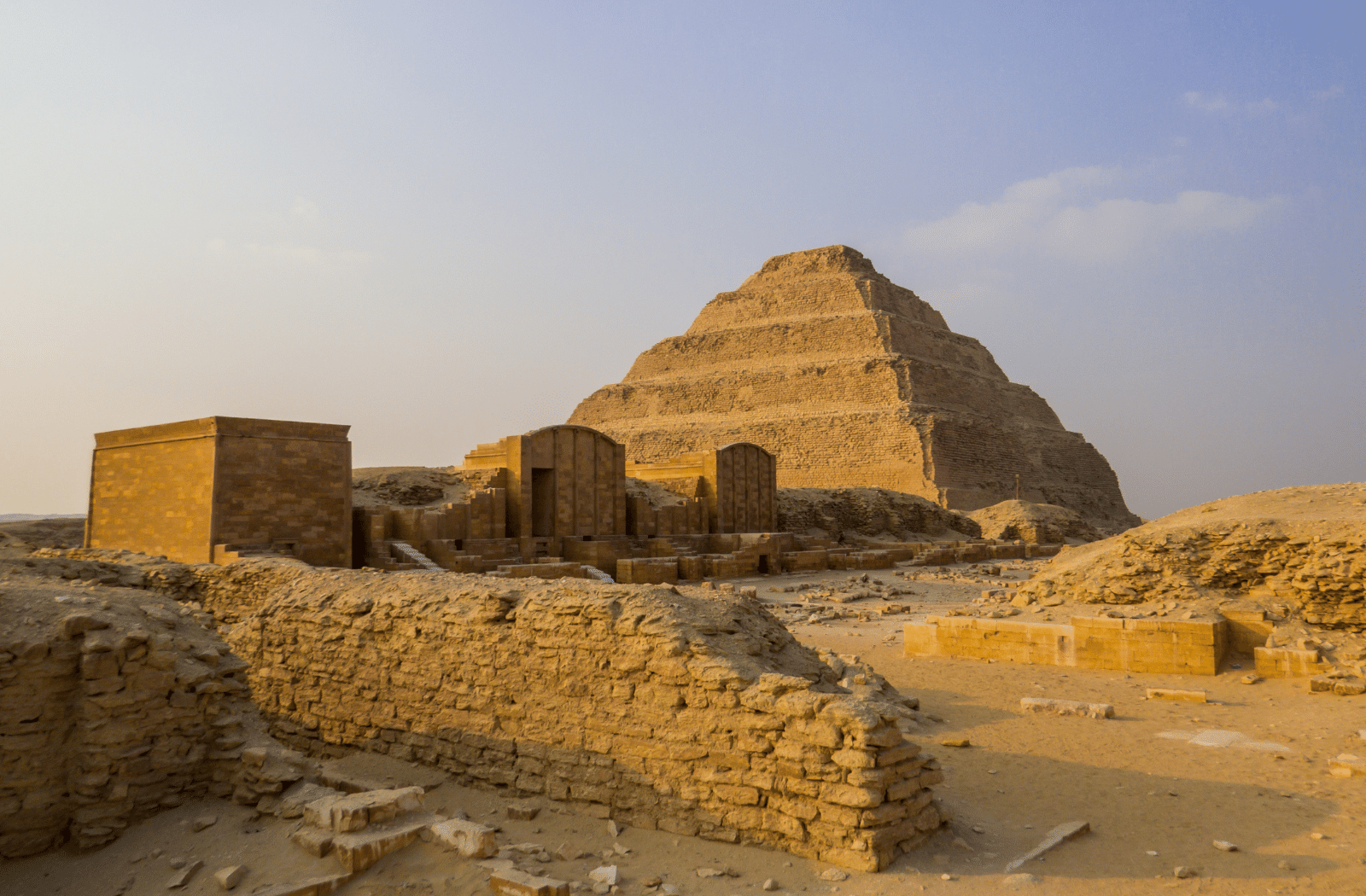 Just outside Memphis, the ancient capital of the Egyptian civilisation, is the Unesco World Heritage necropolis of Saqqara which consists of 11 pyramids built for the Old Kingdom pharaohs. It includes the famous step pyramid for Pharaoh Djoser – the oldest monumental structure in the world, built entirely of stone, which dates back to 2700BC. The funerary temple of Queen Nearit, wife of King Teti, and 3,000-year-old wooden sarcophagi have both only recently been discovered. 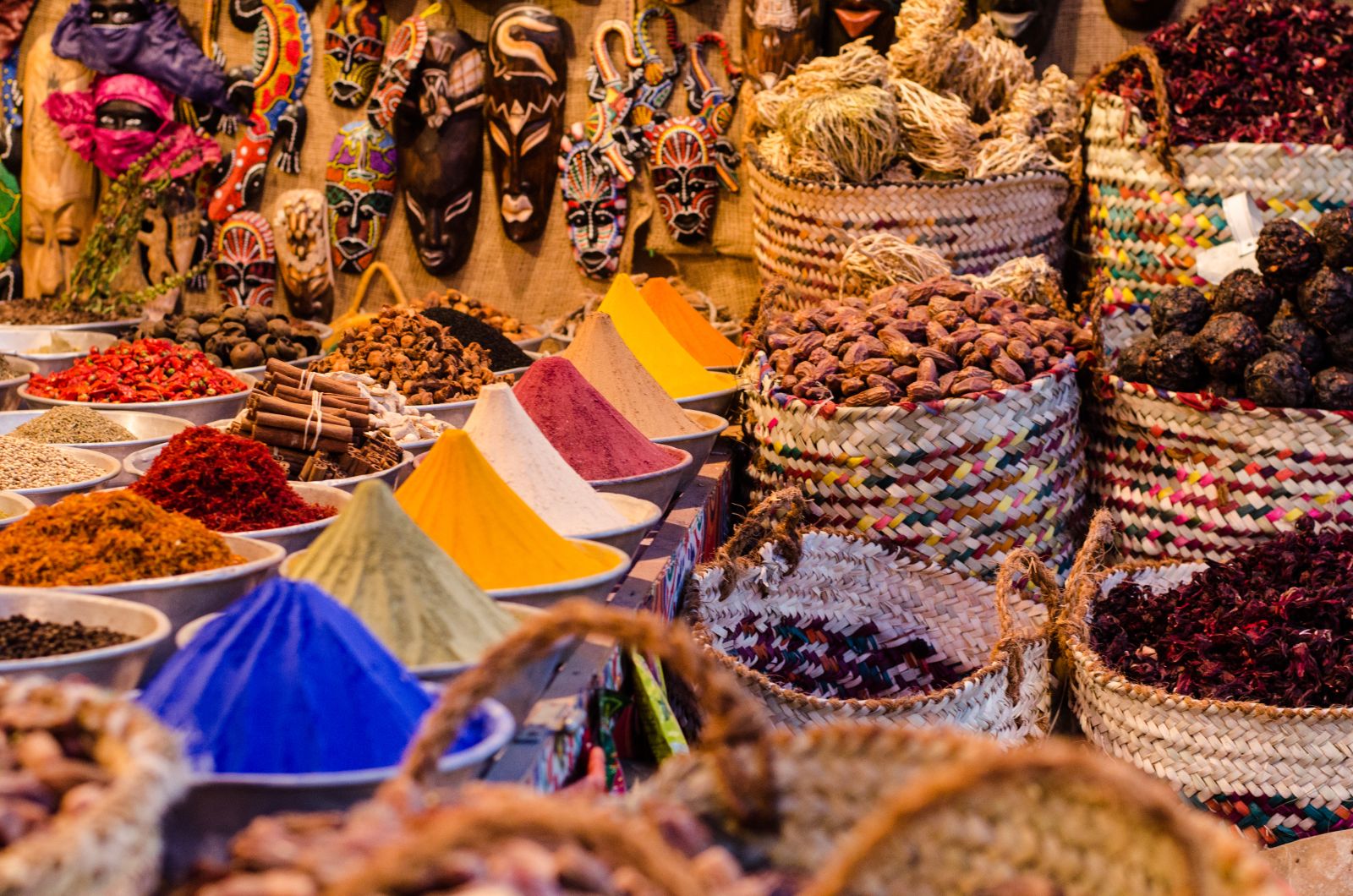 Set in the middle of Islamic Cairo, near the Saladin Citadel on an old burial site, this ancient labyrinthine souk is great fun, whether you’re browsing or buying. Regional artisans have been plying their crafts here since the 14th-century; these days the only distinct districts are for gold, spice and copper. The rest of the narrow streets and courtyards are piled high with everything from instruments and metal lanterns to fabrics and fragrances. Stop for lunch at Naguib Mahfouz Coffee Shop, which is named after the famous Egyptian novelist who won the Nobel Prize for Literature in 1988. With an Arabic music soundtrack and smoke from the hookah pipes swirling in the air, it’s full of character.

EXPLORE THE VALLEY OF THE KINGS 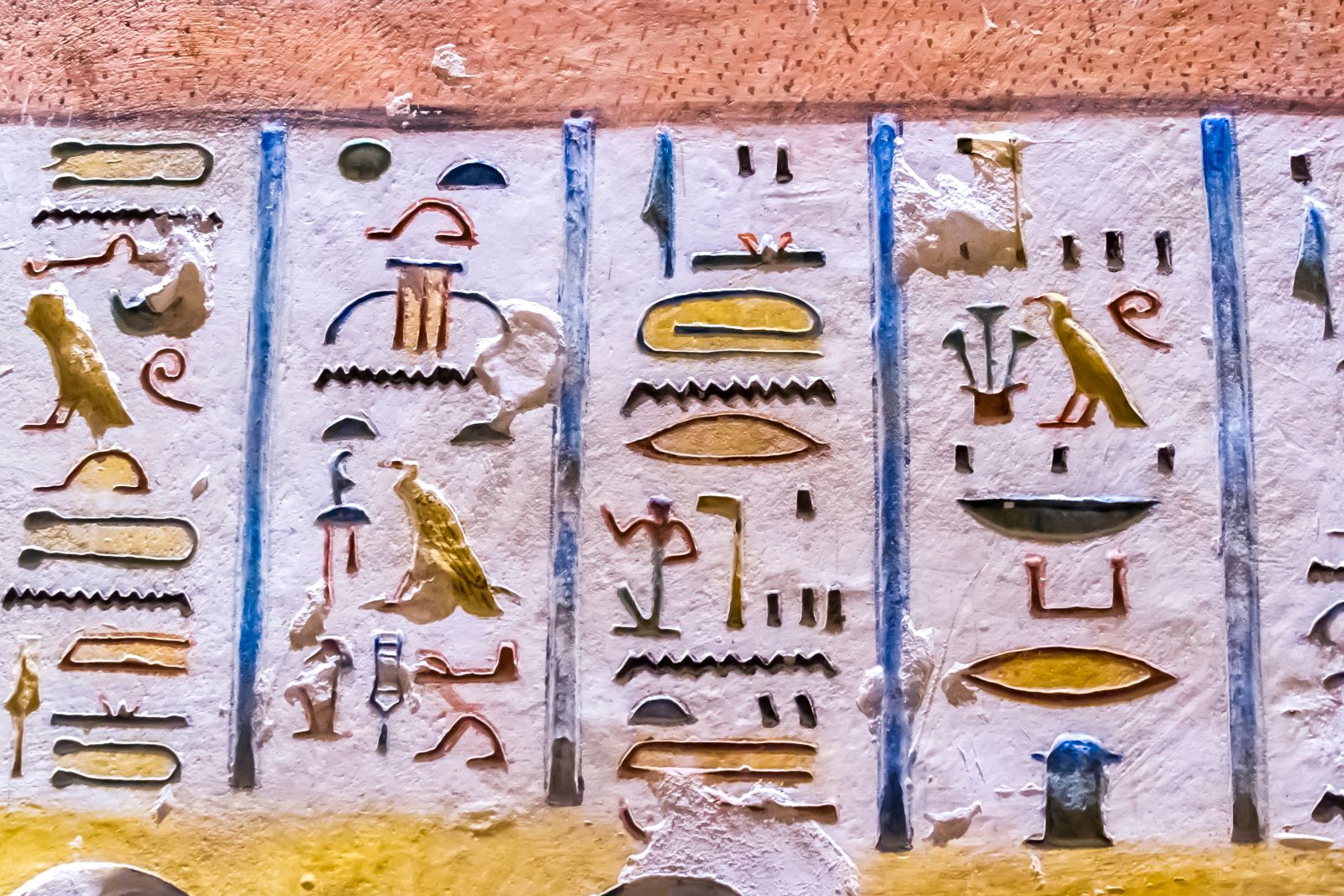 This is one of the best-known – and impressive – burial sites in Egypt where you’ll find the necropolis for the New Kingdom pharaohs (1539 – 1075BC). Created as a secret resting place in the Theban Hills by pharaohs fearing (quite rightly) for the safety of their riches, the Valley of the Kings has 63 majestic burial chambers for, among others, Seti I, Queen Hatshepsut, Ramses II and King Tutankhamun. Over the years, many of the tombs have sadly been ransacked by treasure hunters, including King Tutankhamun’s which was once replete with gifts for the afterlife as well as his iconic sarcophagus, coffin and golden funerary mask. It’s easily reached from Luxor and at least a morning should be allowed.

VISIT THE VALLEY OF THE QUEENS 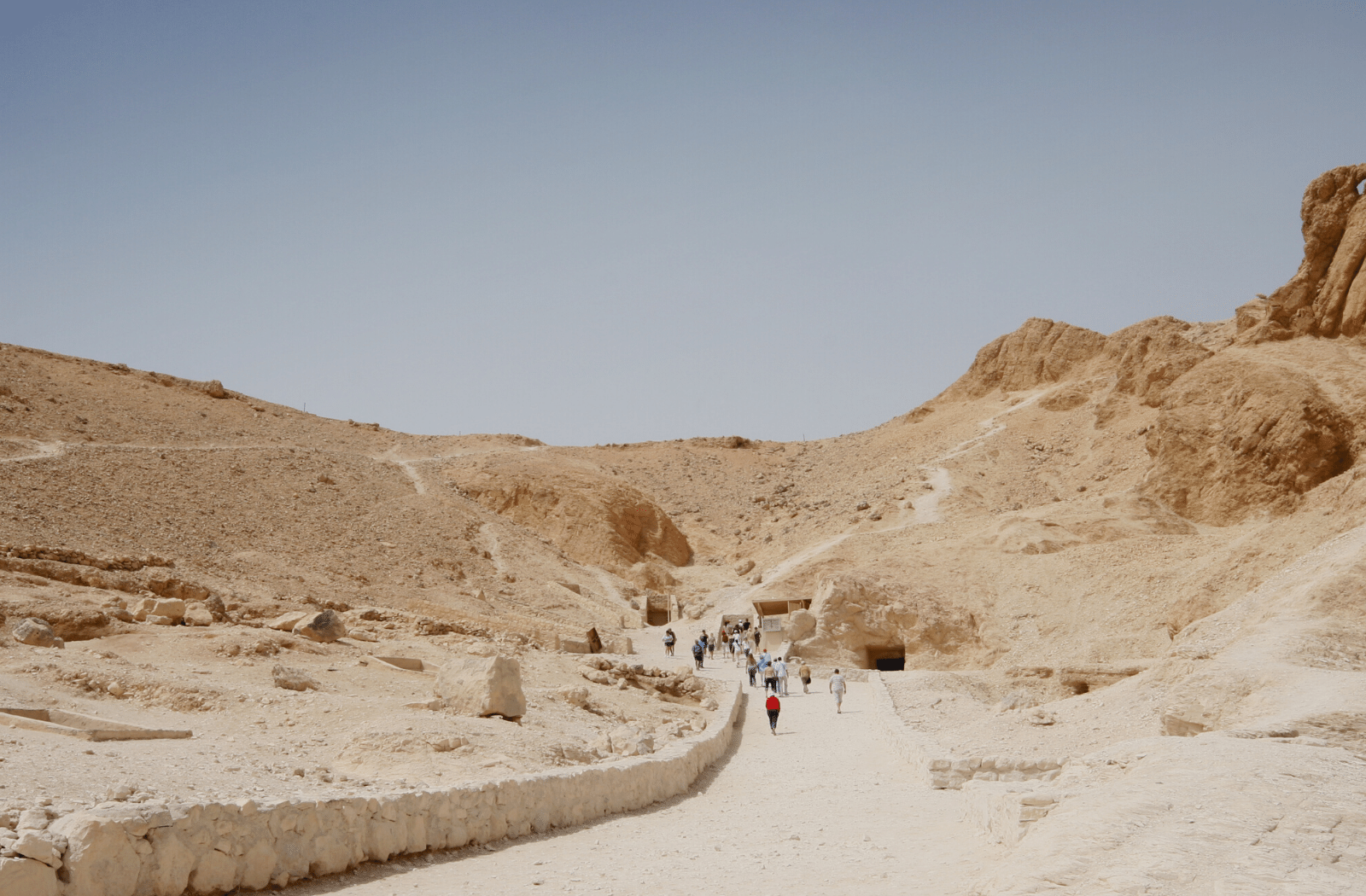 Close to the Valley of the Kings, this UNESCO World Heritage Site is the resting place of the wives and royal children of the pharaohs of the New Kingdom (1292 – 1075 BC). There are 91 known tombs in the main Valley of the Queens; the most notable is Sitre (wife of Ramses I) and the tomb of Nefartiti (wife of Ramses II). With its exquisitely detailed colourful paintings on the walls, the latter is often considered the most beautiful in the valley.

WATCH A LIGHT SHOW AT THE KARNAK TEMPLE

It’s hard to believe that this vast network of temples, colossi, obelisks, pylons and halls was hidden under the sand for over 1,000 years and not discovered until the mid-19th-century. Once the largest and most important religious complex in ancient Egypt, it has the Temple of Amun-Ra at its heart (where the eponymous god was said to have lived). Other unmissable sights include the famous Great Hypostyle Hall, dominated by giant papyrus-shaped columns; the Colossus of Ramses II statue; and the Sacred Lake, which was used by the priests for ritual washing. The narrated evening sound and light show, where you’ll learn more about the stories behind the temple, is an enchanting experience. 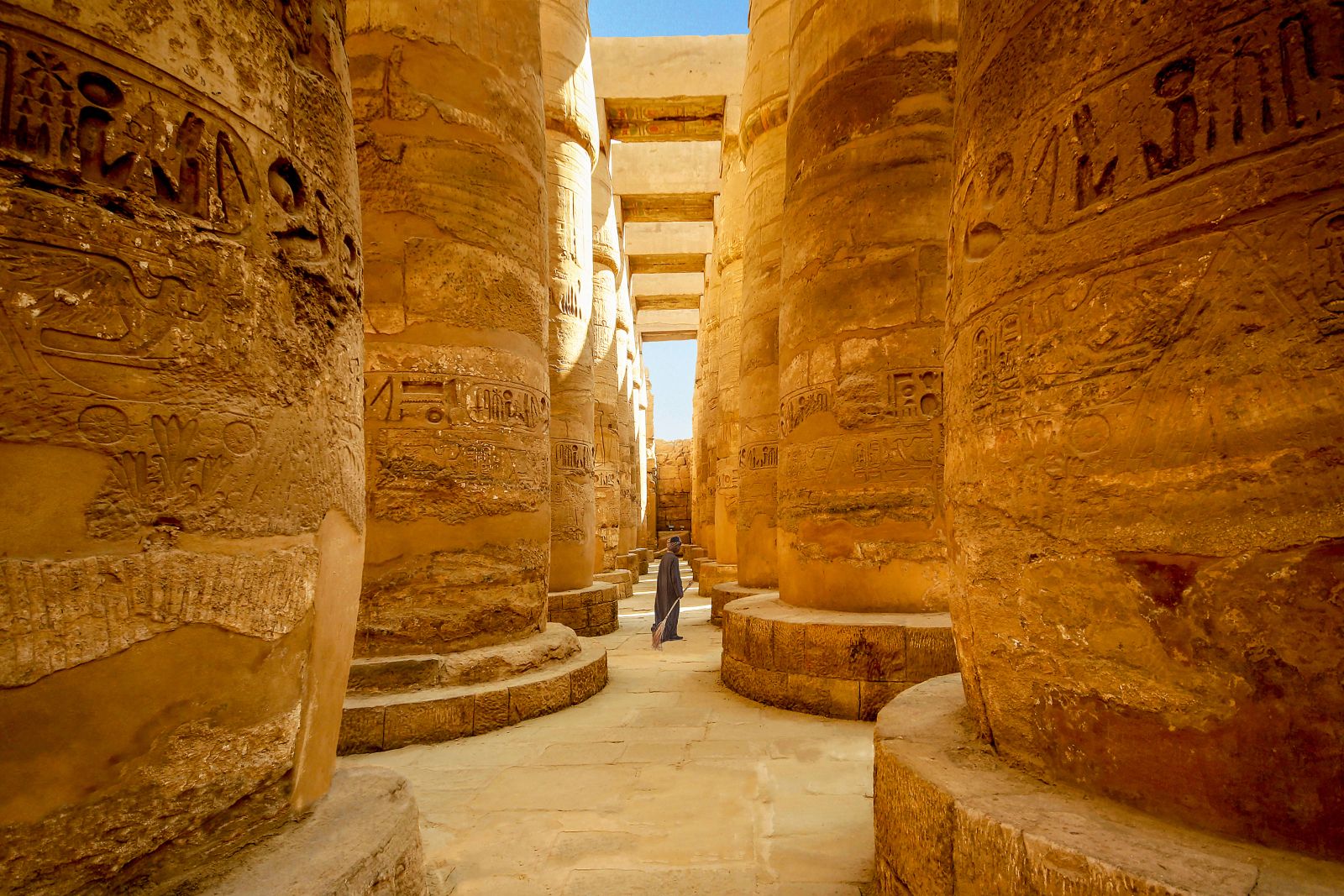 Set in modern-day Luxor on the east bank of the Nile River and linked to the Karnak Temple by the Grand Avenue of the Sphinxes (which re-opened in late 2021 following seven decades of restoration), the Luxor Temple was built by New Kingdom pharaohs Amenhotep III and Ramses II. It’s the second temple dedicated to the god Amun (the other is at the centre of the Karnak Temple) who, it is said, would journey on a barge to visit Karnak during the ancient festival of Opet, held during the annual flooding of the Nile River. 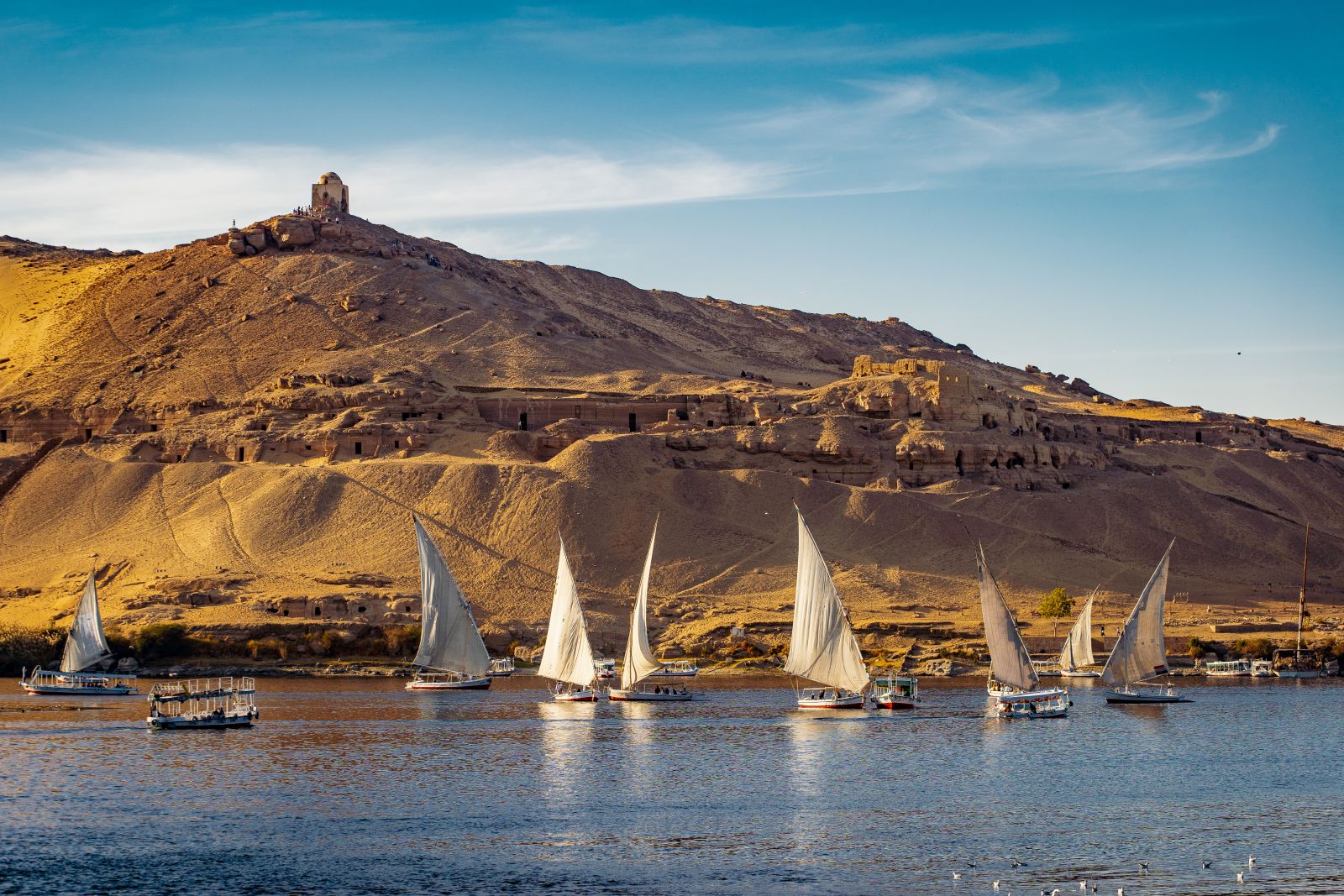 Ancient monuments aside, a trip to Egypt wouldn’t be complete without a cruise on the Nile River. One of the best places to do this is at Aswan where the river is wide and dotted with islands. Hop aboard a traditional felucca (a wooden sailing boat with no motor, it’s blissfully peaceful) and set sail for El Nabatat Island, also known as Kitchener’s Island. Once the home of Lord Kitchener who planted exotic trees and rare flowers; now it’s a paradise botanical garden popular with locals as an escape from the city.