Tanzania's Mahale Mountains are situated in the far west of the country, dramatically rolling down to the sandy shores of Lake Tanganyika, the second largest lake in the world, 626kms long, 1,000m deep and containing 17% of the world’s freshwater.

Arriving in Mahale is dramatic in itself. The aircraft skims low over the mountain tops, drops down steeply making a tight right hand bank, and then straightens up at the last minute to land on the sandy airstrip. It is a short walk to the lovely old wooden dhow moored gracefully on the crystal clear azure waters of Lake Tanganyika. Drinks are served on deck by Butati, probably the funniest and most enchanting of all Africa’s guides. Setting sail for the one hour journey along the lake’s jungle clad shores to Greystoke Lodge is pure pleasure. We are met at the lodge by Julien, the Belgian Manager, whose enthusiasm for his job, the place and above all the wildlife, is infectious. A waiting army of staff on the beach swiftly collect all the baggage and shoes removed, it is a short walk to the beautiful ‘bandas’ – beautiful treehouse like rooms made from the aged hardwoods of old dhows. This is Robinson Crusoe….on steroids. 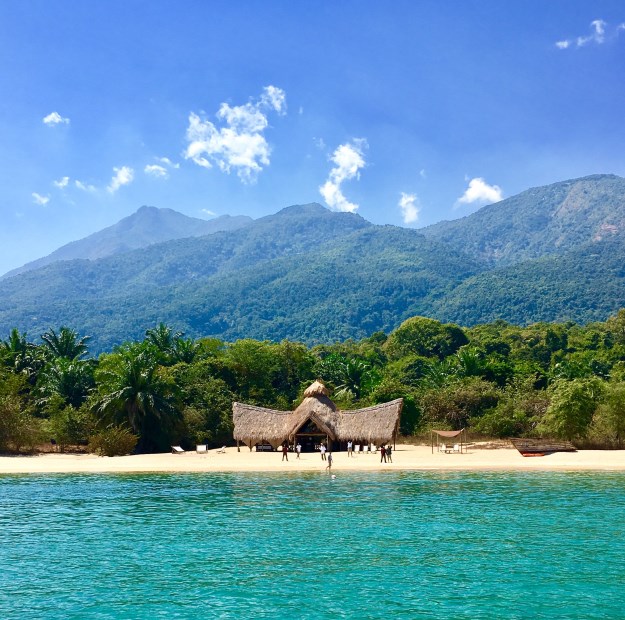 Having been involved in the safari business for over 30 years, this was my first visit to Greystoke. The immediate question I had to myself was why? This was clearly going to be one of the great safari experiences on earth. The lodge’s setting on a white sandy beach at the base of massive, emerald green, jungle clad mountains is second to none. But to be able to combine beach activities with chimpanzee trekking on the doorstep makes it entirely unique. 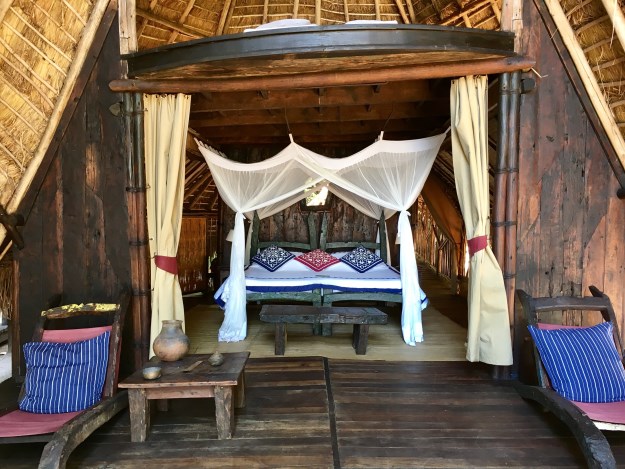 The first afternoon was spent relaxing on the beach and swimming in the warm, clear waters of Lake Tanganyika. As dusk fell, we assembled in the treehouse bar for our briefing by Butati. Having got us all in stitches of laughter, his tone suddenly changed and he became more serious. We were about to experience one of the greatest joys on earth, tracking ‘M Group’, a troop of up to 80 semi-habituated chimpanzees. Trackers would be sent out early the next morning and all being well, we would leave at around 09:00am and walk up the mountain for anywhere between 40 minutes and four hours until we located the troop. No more than six people per group (Greystoke only sleeps 12 people) and once in contact, surgical masks need to be worn to avoid passing on any human disease to the chimpanzees. 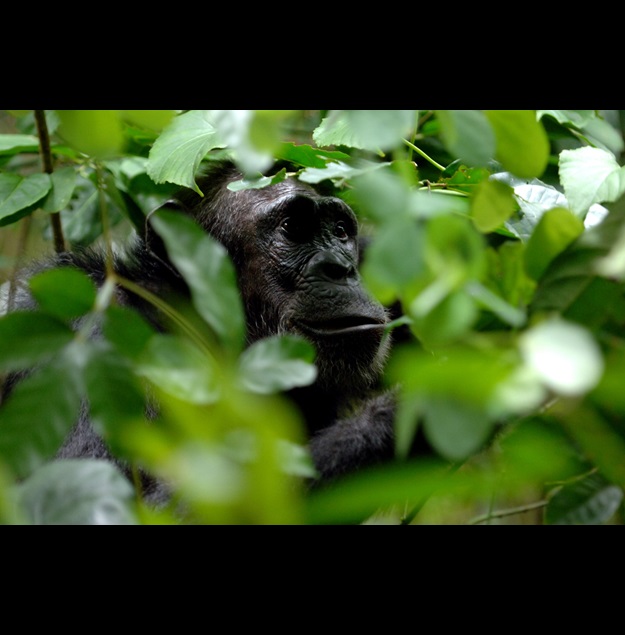 We were lucky. The chimps (or at least a small group of females & babies) were discovered only about 40 minutes walk away. The previous group had walked for almost four hours. The jungle trails alternate between being very steep, sometimes flat and sometimes undulating as one crosses ravines with clear streams and hanging vines. And even the walk itself is interesting….who ever knew that the Matabele ants carry all their dead and wounded back from a raid on a termite mound (although we later discovered that this is mainly because they want to eat them!)? And how could we have ever imagined the amusement of watching green dung beetles jockeying for supremacy over a piece of fresh bush pig dung?

Nothing however, could prepare one for the joy of discovering the chimps. Being semi-habituated they generally ignore human presence, although it has been known for the males to occasionally get excited and bounce up and down the line offering the odd slap here and there. In our case we watched ‘Puffy’ and her three year old baby peacefully seeking and eating the fruits of the jungle. Whilst Puffy took the business of eating seriously, her baby was more intent on swinging around a vine and trying to whack his mother on the back of her head with his feet. Finally she had a sense of humour failure and pulled him down, trapping him under her arm before ascending a different tree. Following the chimps as they move from tree to tree (sometimes on the ground and sometimes through the canopy) necessitates battling through jungle, following the ‘machete man’ who creates the initial path. All I can say is it is an unbelievable and privileged pleasure to watch these marvellous creatures living their lives as they have done for centuries. The chimpanzee has 98.4% of the human genetic make up and their communities are run on highly organised lines, led by an alpha male with several deputies in descending rank. Butati’s knowledge was profound and his ability to story-tell around the subject was equally fascinating. He not only knows every single chimp by name, but their character, inter-relationships and history as well.

As we neared the lodge in the early afternoon, a radio call was sent ahead to prepare hot water for much needed showers. Having freshened up (no deodorants are allowed to be worn in the jungle), a delicious late lunch was served in the thatched mess on the beach. Quick siesta and then out into the lake on the dhow for sundowners and fishing. After a few false starts, we eventually caught two large yellow bellied chiclids which were taken back to the lodge and made into the freshest sashimi for pre-dinner drinks served in the treehouse bar. 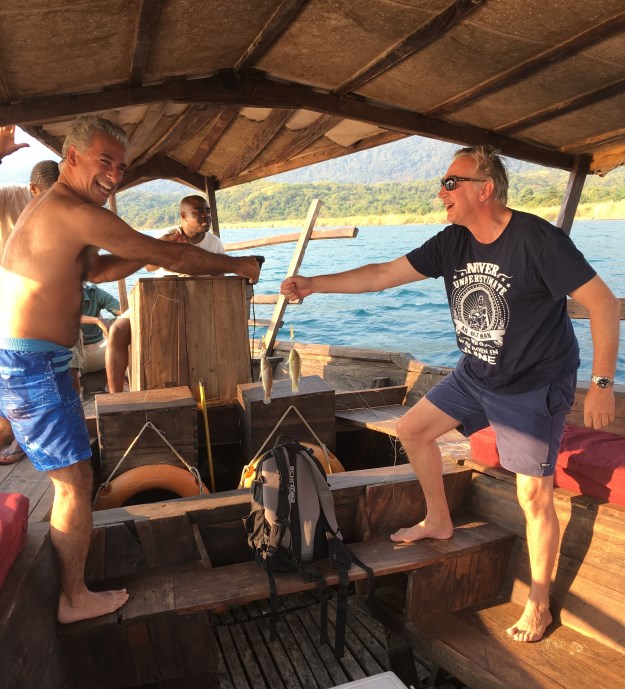 Greystoke is nothing other than one of the greatest experiences I have ever been privileged enough to undertake during a lifetime career in the luxury travel business. It is literally the experience of a lifetime and when combined with the Great Migration in the Serengeti, a stay at the beautiful Sand Rivers in the Selous and a relaxing beach stay afterwards on Zanzibar, it is safari perfection. I could not recommend it more.

For more information and advice on Greystoke and our Tanzania holidays speak to our Africa specialist on +44 (0)1242 787800.