Cloud-nudging mountains, forest-fringed beaches, cool cities and wetlands that sparkle in the sun, Colombia’s diversity is one of the many reasons to visit this surprising destination. 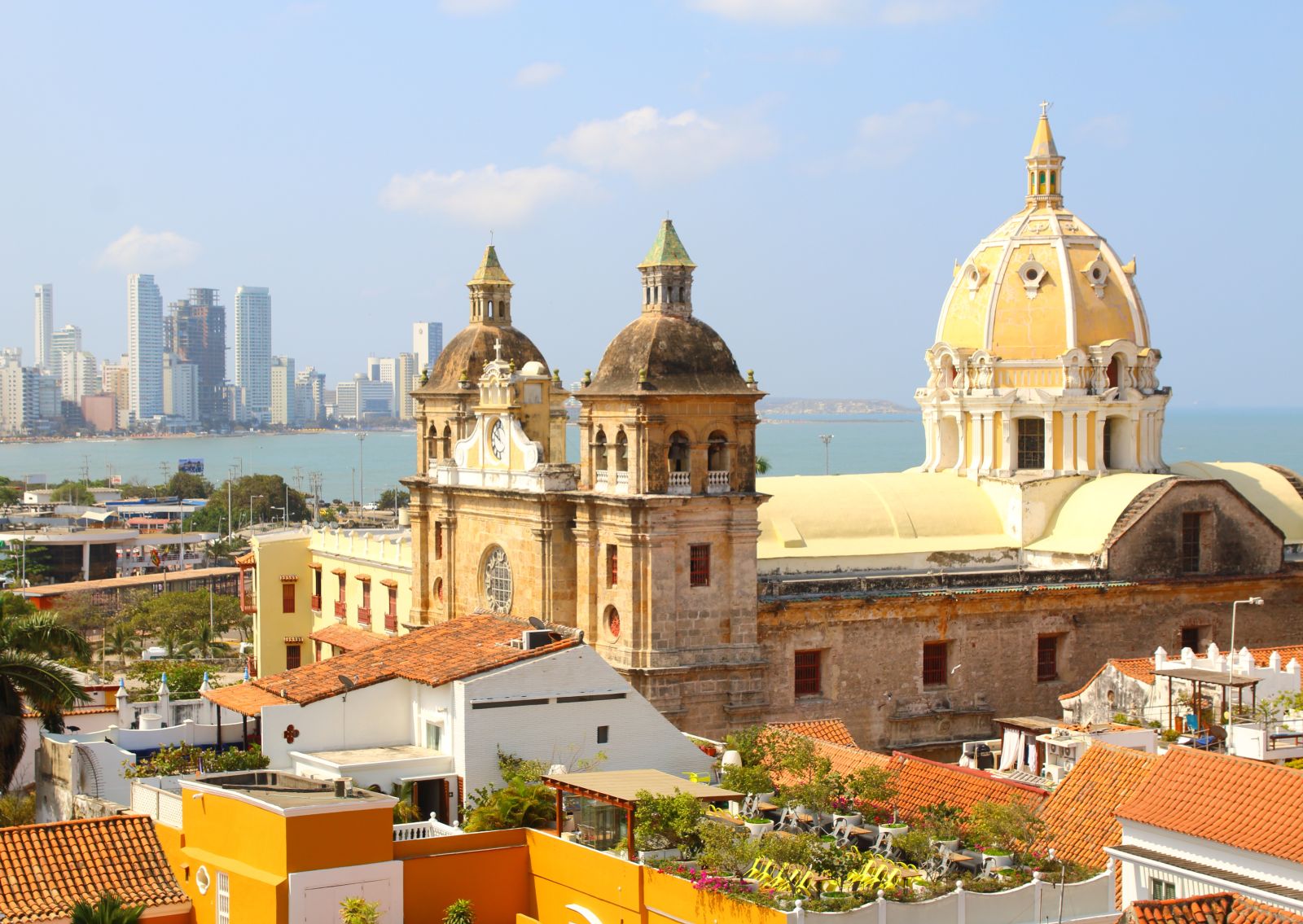 Assuming a commanding position on the Caribbean Sea, Cartagena’s salty walled city is undoubtedly one of the prettiest in the Americas. During the 16th century, this UNESCO-listed town was once a major trading port with ships rolling in and out exporting silver and slaves back to Spain. Today its colonial mansions still line the narrow streets while horse-drawn carriages trundle along the cobbles below. Historic landmarks such as the Cartagena Cathedral defy time with canary-yellow facades impressively lit in the evenings. Dominating the cityscape, the looming Castillo San Felipe de Barajas, an impenetrable fortress and network of tunnels remains open to visitors today. Take respite in the leafy Plaza de Bolizar dedicated to the great South American liberator, Simon Bolivar, where locals chatter among the fountains. Arguably the best time to travel to Cartagena is New Year when the streets shift into full throttle, and you can witness the city’s reputed music and joie de vivre. 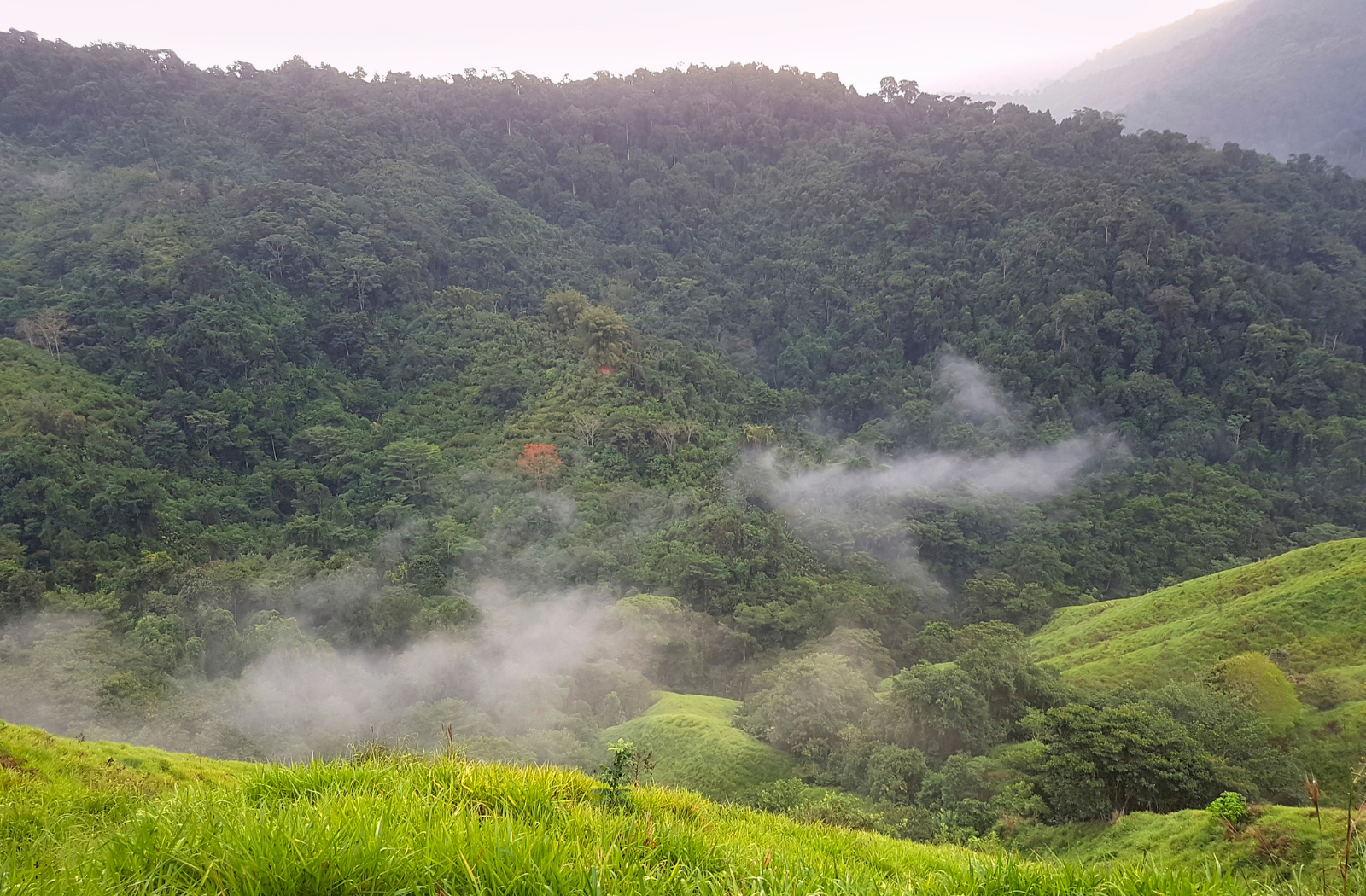 In Colombia’s northern reaches, the Sierra Nevada de Santa Marta, an isolated range of snow-capped mountains trails through the entire country. One of the highest coastal mountain ranges, some of its peaks teeter at 5,710 metres and slope all the way to the cerulean sea. Within the tropical lower elevations, Sierra Nevada de Santa Marta National Park, a UNESCO-designated biosphere reserve, is a refuge for wildlife as well as a vast amount of flora and endemic plant species. Explore from a cloud forest lodge where you can take in rainforest as far as the eye can see and the ritual of the clouds dispersing into evenings lit by bright constellations. Nature walks fill the days broken by dips into freshwater pools fed by tumbling waterfalls. 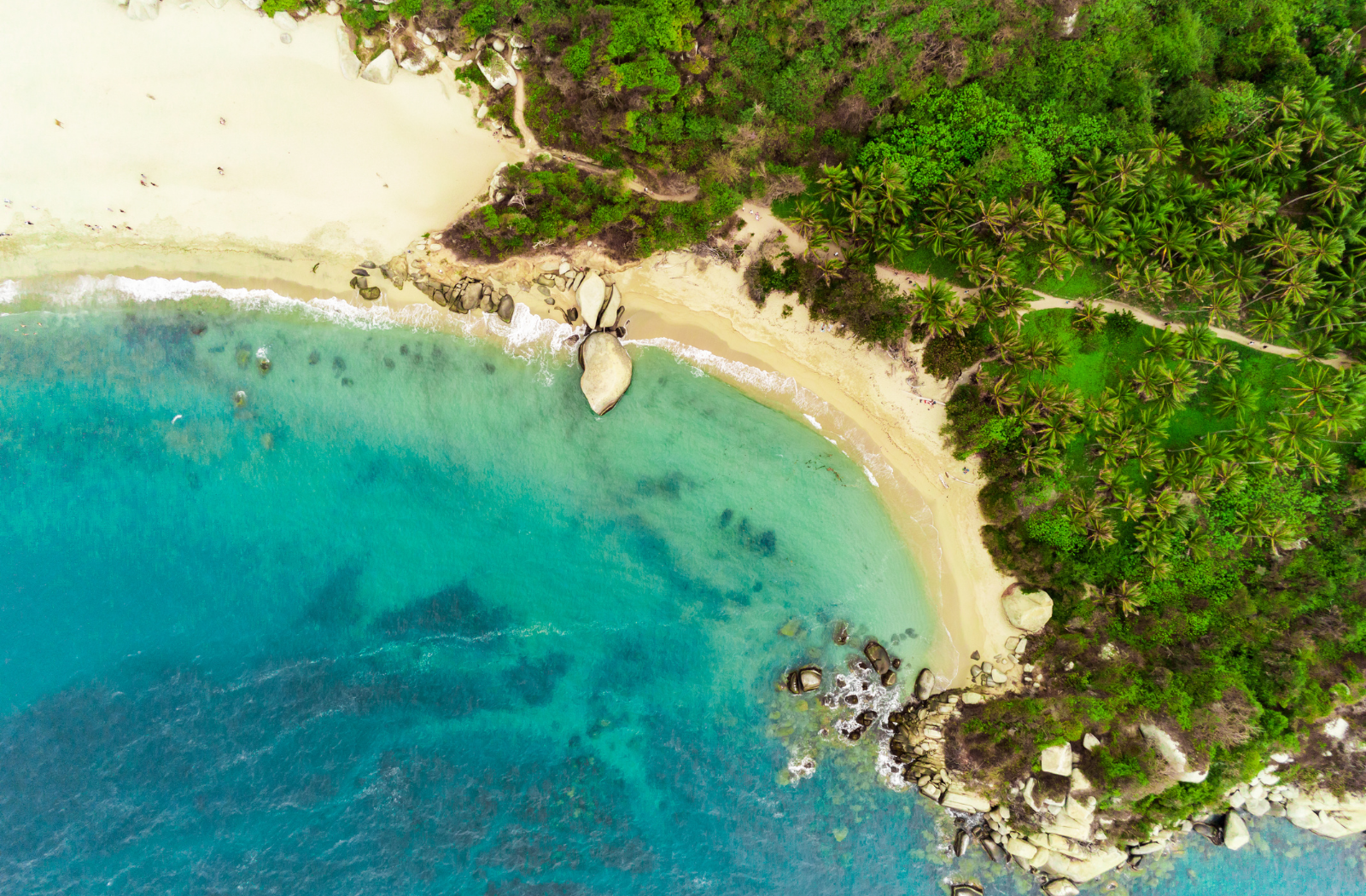 Guarded by the great Sierra Nevada mountains, facing the warm Caribbean Sea, Colombia’s oldest city dates back to 1525 when the Spanish conqueror, Rodrigo de Bastidas, first invaded its shores. The historical port harbours some well-preserved architecture, a good starting point to unravel the area’s history, but it’s the proximity to Tayrona National Park that’s the real draw with sublime natural beauty and the crumbling Lost City which you can explore on a rainforest trek. Gentler, shorter walks such as the charming pueblito (small village) trail, traverse tracks used by forest-dwelling indigenous communities. Rejuvenate on soft-sand beaches lapped by turquoise sea, a raw paradise accessible only by foot or on horseback. Beaches are best visited during Christmas when the climate is near perfect and the pace of life slows down to a drift. 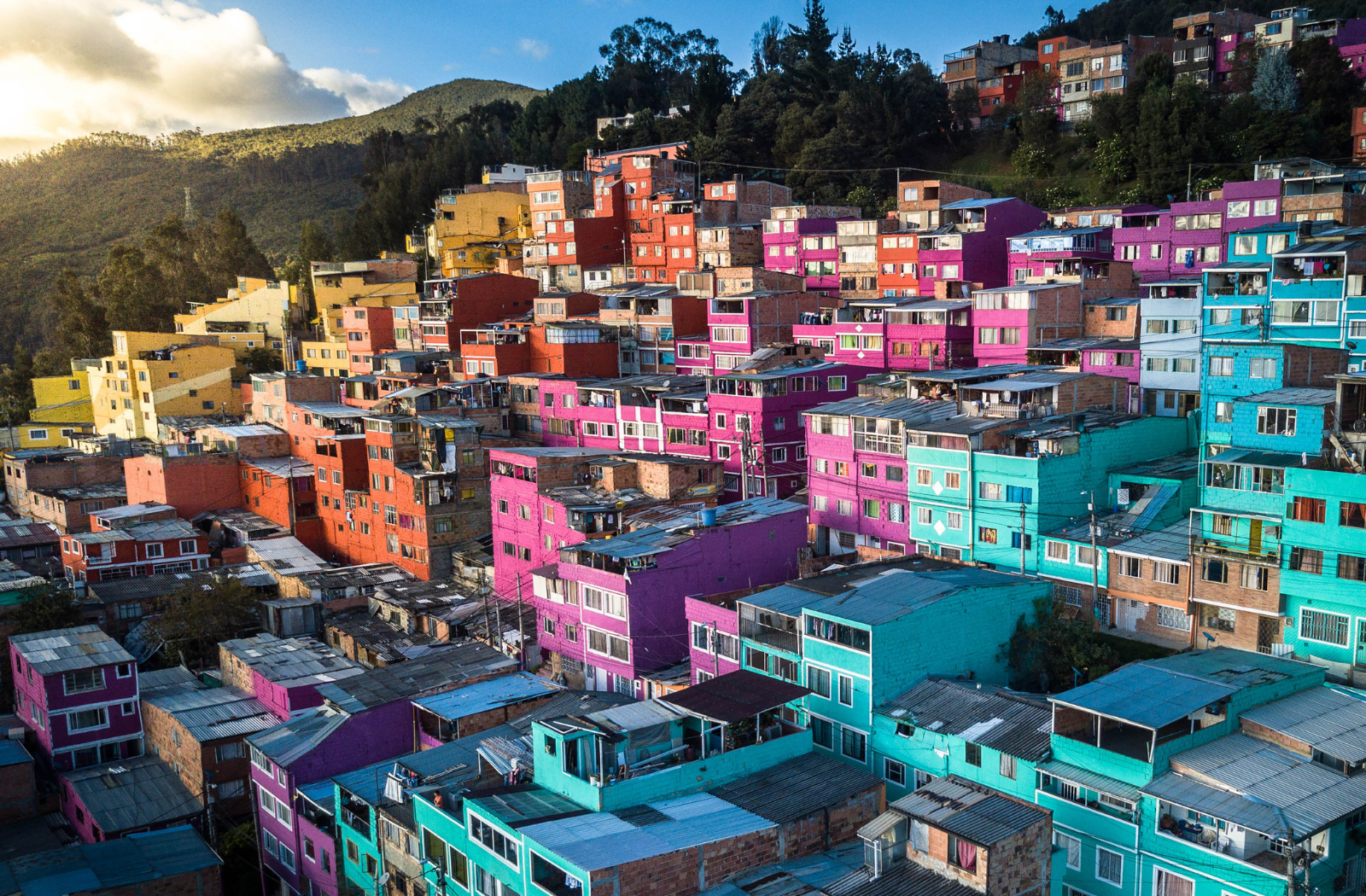 Out of all of Colombia’s cities, Bogota is possibly the most energetic. This high-altitude capital, thrums with a buzzing dining scene and burgeoning art galleries. Among the many places to visit in Bogota, La Candelaria district’s colonial architecture, shady plazas, and cathedrals make up the city’s historic beating heart. A visit to the Botero Museum is mandatory for art lovers, housing over a hundred pieces of his art as well as works by Salvador Dali, Joan Miro and Pablo Picasso. The manicured gardens of Park 93, set in the well-heeled El Chicó neighbourhood, offer repose and a fashionable place to host cultural events throughout the year. Nearby, Usaquen craft market bursts with morning activity on a Sunday when most of the principal avenues are pedestrianised, taken over by bike riding and joggers. Round off the day by taking a cable car up the steep ascent of Montserrate mountain for city views 3,000 metres above sea level. 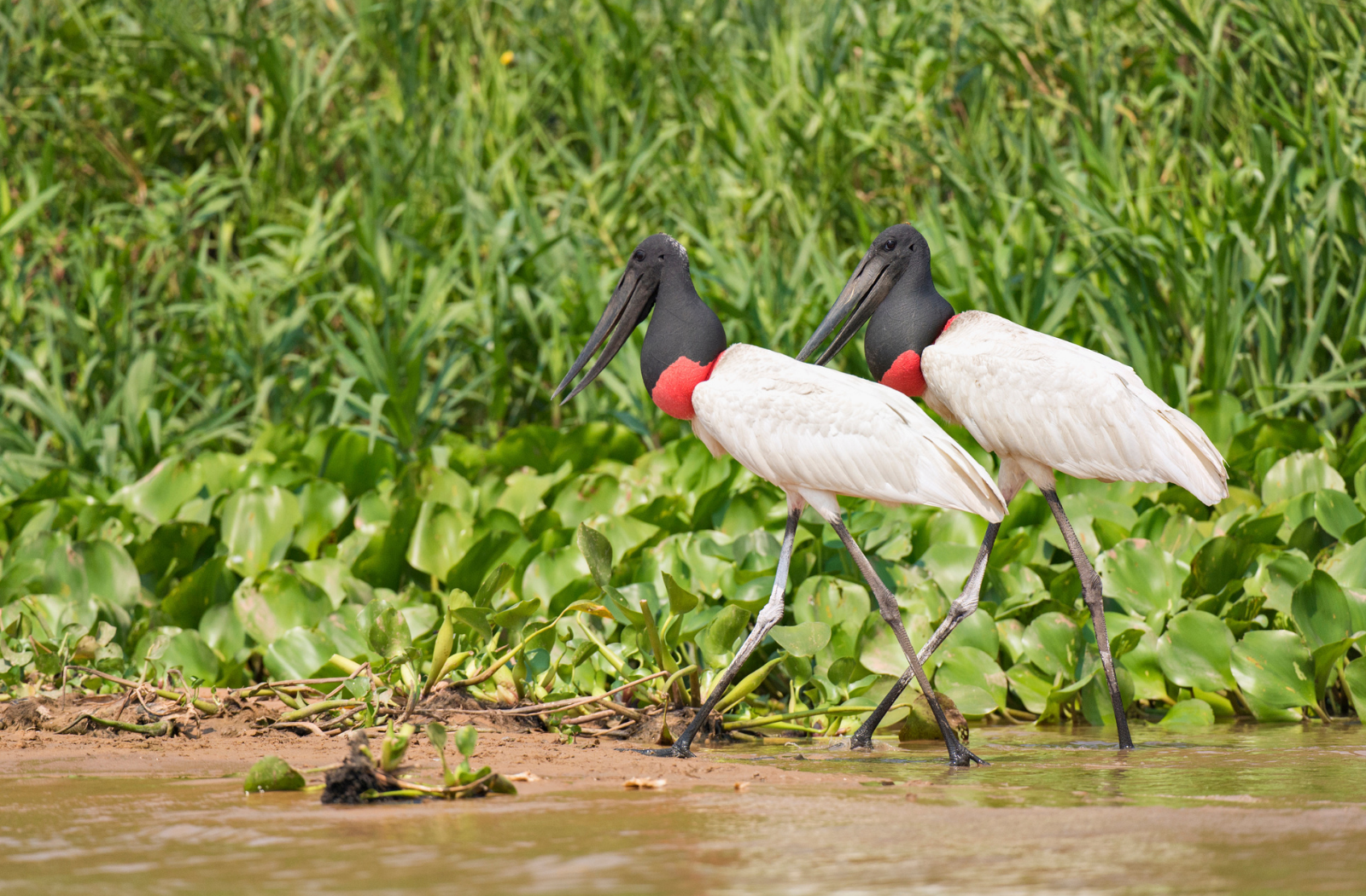 In the remote northwest of the country, Los Llanos and its sprawling grasslands shelter biodiversity of great importance. From May to October, the seasonal rains flood the area creating a wildlife kingdom supported by vast dazzling wetlands. The habitat is home to many of Colombia’s fascinating creatures including 700 bird species and extraordinary animals such as large groups of capybaras, curious howler monkeys and tall jabiru storks that forage in the shallows. Over in the Serrania de la Macarena national park, the Caño Cristales river produces a phenomenon caused by the macarenia clavigera plankton growing abundantly on the riverbed. It’s a spectacle only seen during certain months in between the wet and the dry seasons when the river appears a hot pink throughout transforming from yellow to green and orange in parts. 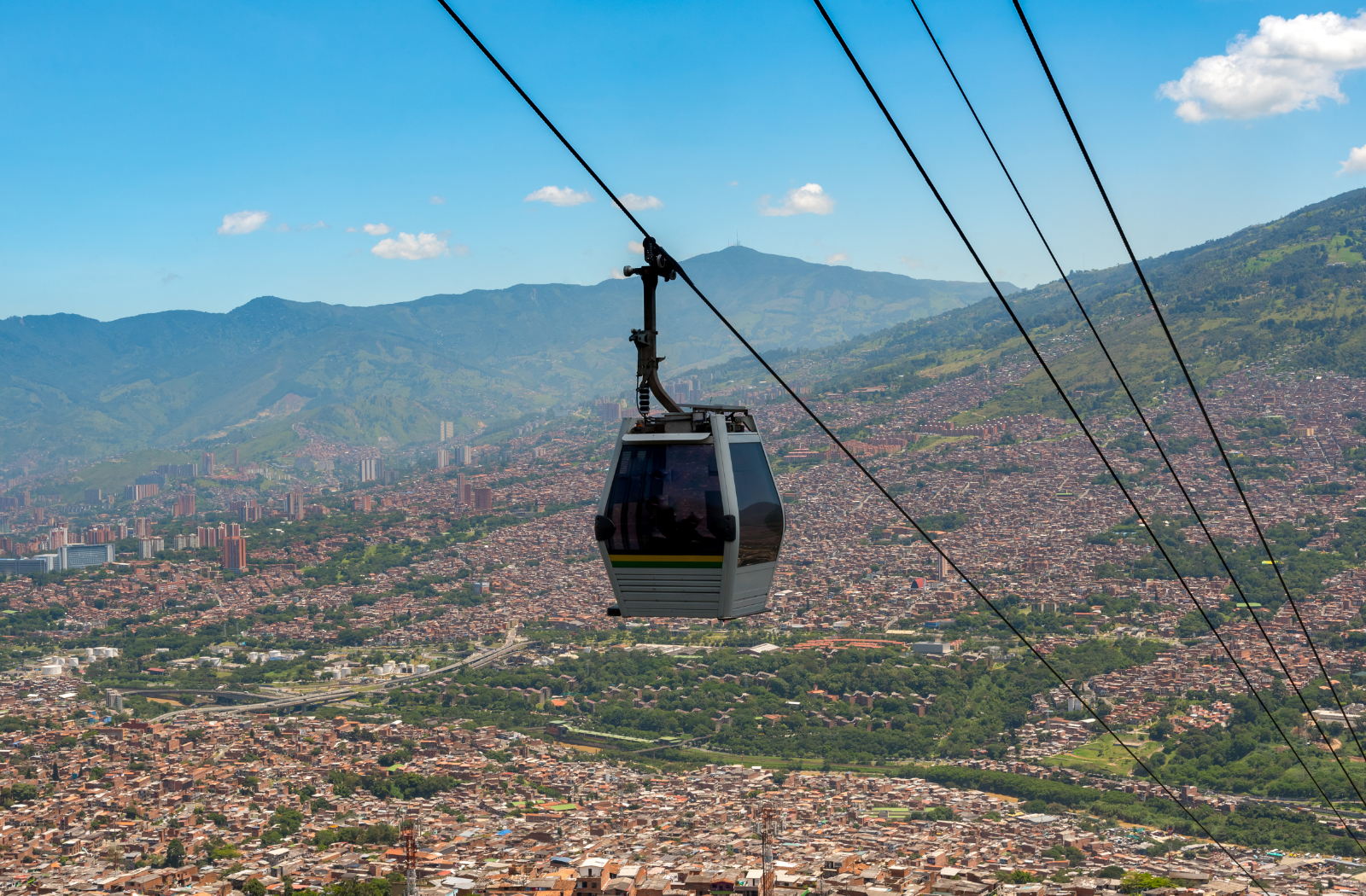 A metropolis framed by the Andes, Medellin is a city on the rise, its museums, restaurants and lively salsa bars all attributes of its rapid resurgence. Pablo Escobar’s burial site, just south of city, is a sobering reminder of its turbulent past and a testament to the people of Medellin’s resilience. On the edge of Plaza Botero, The Museum of Antioquia houses a large collection of works by Colombia’s most famous artist, Fernando Botero, whose sculptures of exaggerated volume you can see dotted throughout the square. Parque Explora, an interactive science museum is worth a stop on your way to the botanical gardens, a tropical escape full of cactus gardens and blooming orchids. High above the city, the Metro cable, arguably Medellin’s greatest innovation connects each neighbourhood via a network of cable cars. This includes a thrilling ascent with some sublime city views of the Arvi Park, a nature reserve of wildflowers and walking trails. 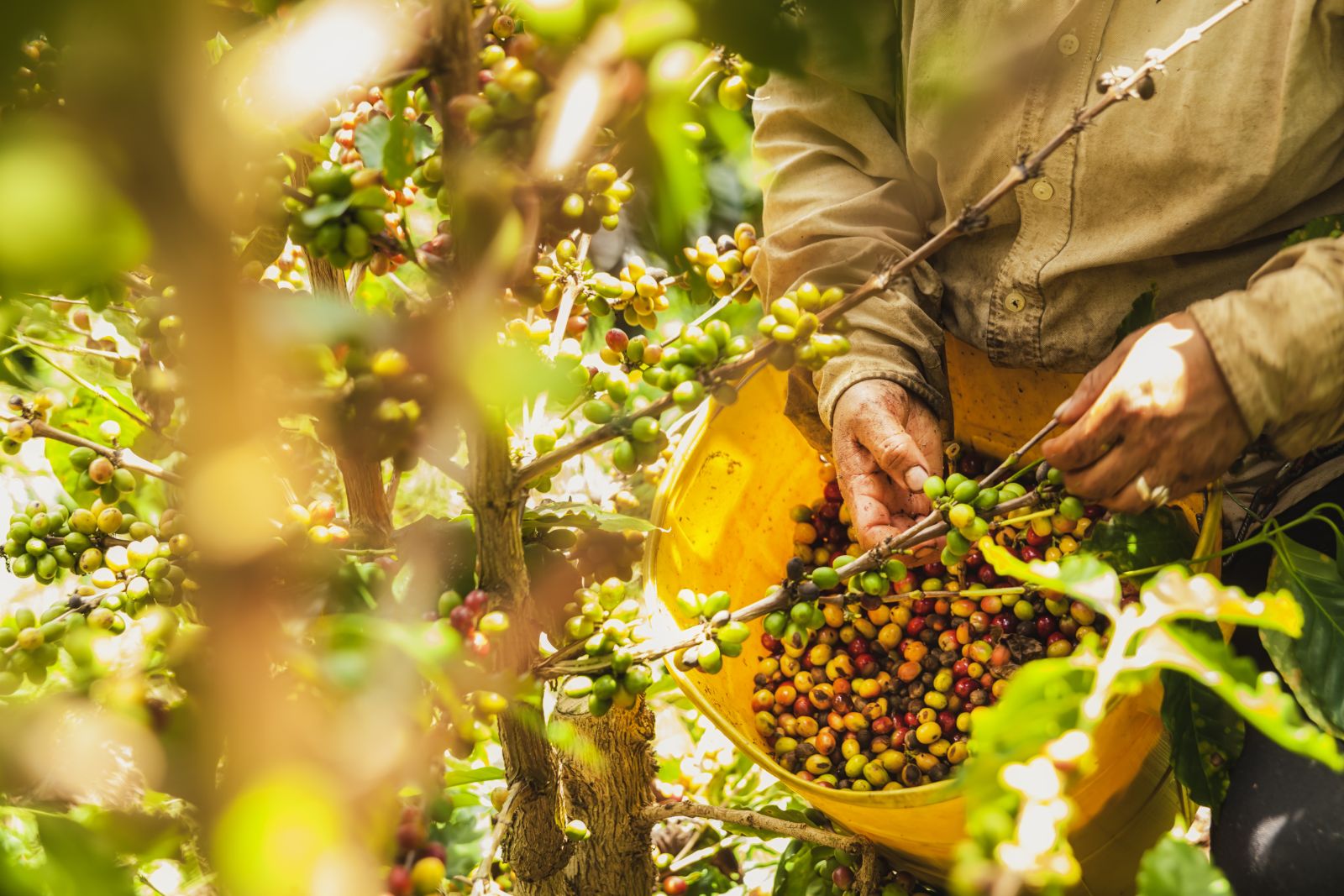 From snowy peaks and hills clad in coffee bushes to botanical gardens blooming with surreal looking plants, Colombia’s coffee region is one of the most scenic places in the country. It was awarded UNESCO World Heritage for its beauty and being the home of the world’s tallest palms that score the vivid green valleys. The coffee triangle passes through three departments; Caldas, Risaralda and Quindio. In between lie miles of rolling coffee plantations dotted with colourful towns and charming haciendas while jeeps race across the dirt tracks loaded with bananas, beans and farmers hitching a ride to work. On the western slopes of the Andes, sits Santa Rosa de Cabal, a small town perched in the clouds. Visitors make the pilgrimage to its two thermal hot springs, Termales de Santa Rosa and Termales de San Vincente featuring natural pools and cascading waterfalls, as well as to taste homemade chorizo santarosano, a great reason to visit in itself. 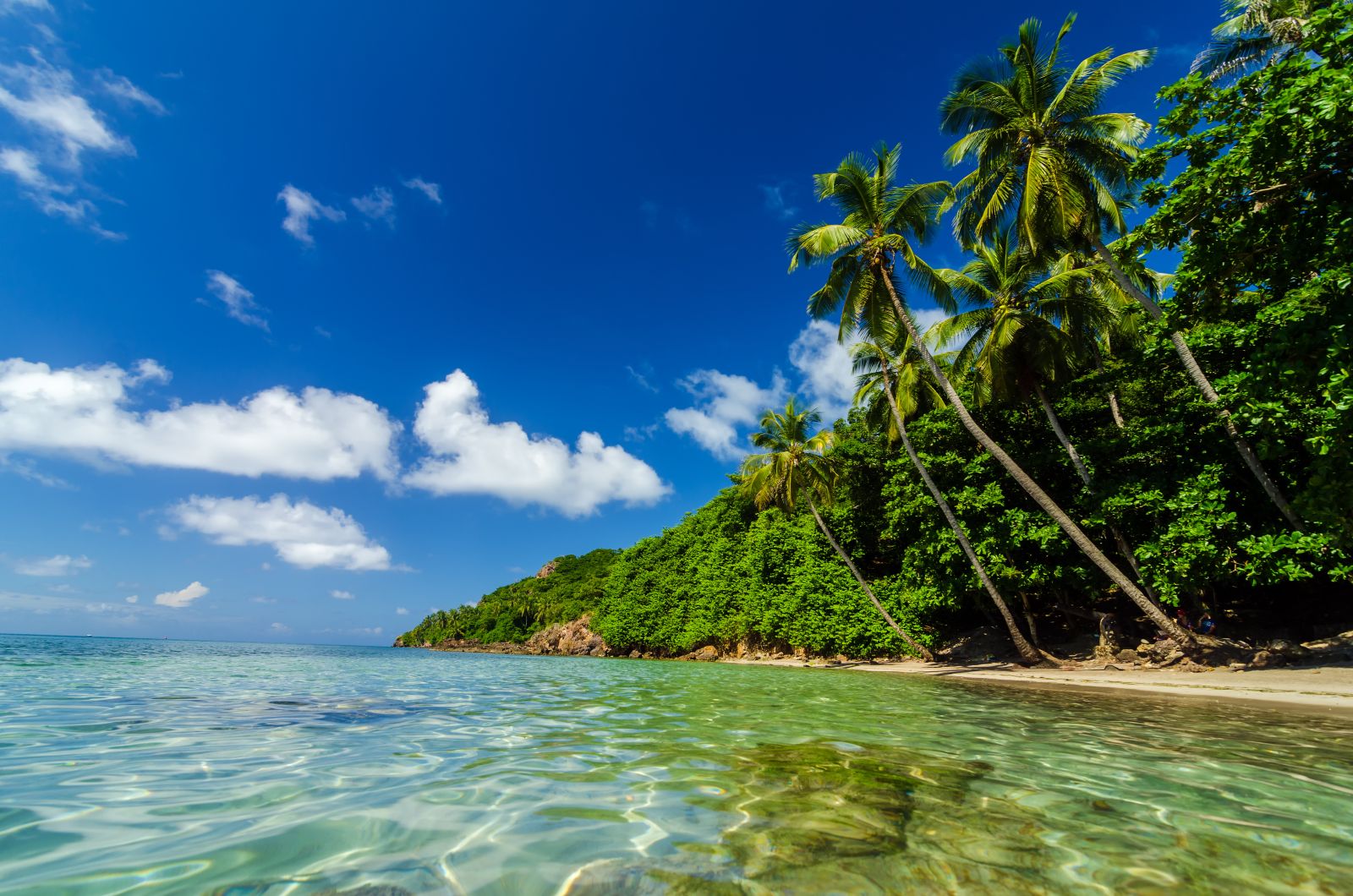 A tempting one-hour boat ride away from Cartagena’s fortified city lie the Rosario Islands, an archipelago of 30 islands smattered along the Caribbean Sea. They make up one of the 46 national parks in the country brandishing beautiful beaches and lively subaquatic worlds beneath the gentle turquoise sea. Aside from long seafood lunches, toes dug in the sand, swimming, diving and snorkelling form the order of the day. Aquatic life such as lionfish and barracuda flourish in the coral kingdoms, some of the finest in the country, enhanced by the waves and the wind that nurture growth. Above the sun-swathed waves, Isla Grande, the largest of the islands, offers a unique experience in its inland brackish lakes. After dark, the bioluminescent plankton form glowing silhouettes as you nudge through water, kicking up clouds of blue light.