Experiences in Sri Lanka range from the most laid back to the most energetic, with fascinating temples to explore, amazing wildlife to seek out and one of the world’s most beautiful train journeys to enjoy. 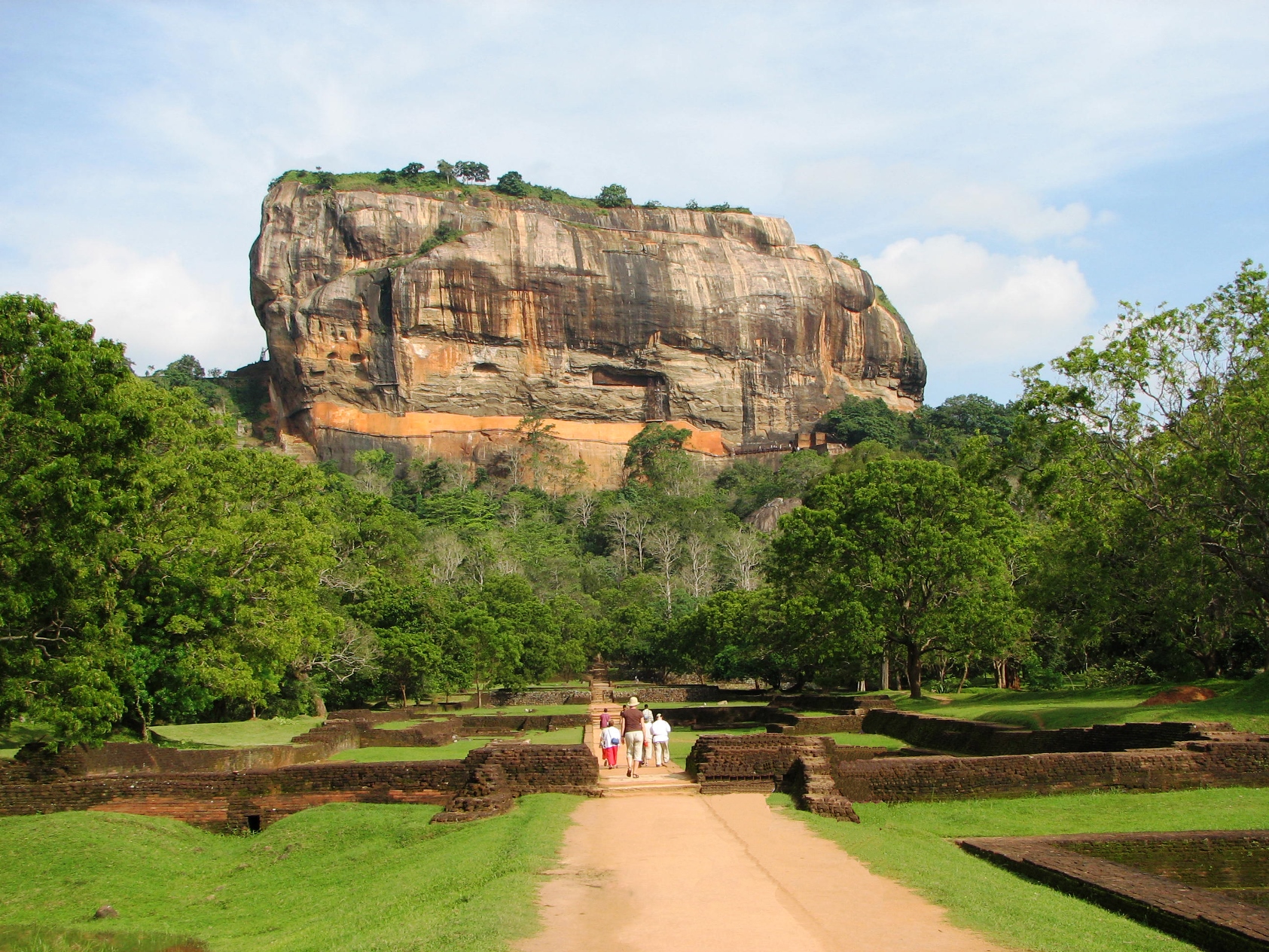 This 200m-high ancient rock fortress was formed over two billion years ago from a volcanic plug (hardened magma). Climb 1,200 steps to the top (it takes up to two hours) and you’ll be rewarded with palace ruins that are accessed via a staircase that emerges from the mouth of a lion (hence its nickname, Lion’s Rock). Along the way, catch your breath while admiring the frescoes in the Cobra Hood Cave and the terraced gardens. Red Savannah can arrange a knowledgeable guide who will enable you to make the climb at your own pace; start early or late to avoid the crowds.

VISIT THE TEMPLE OF THE TOOTH 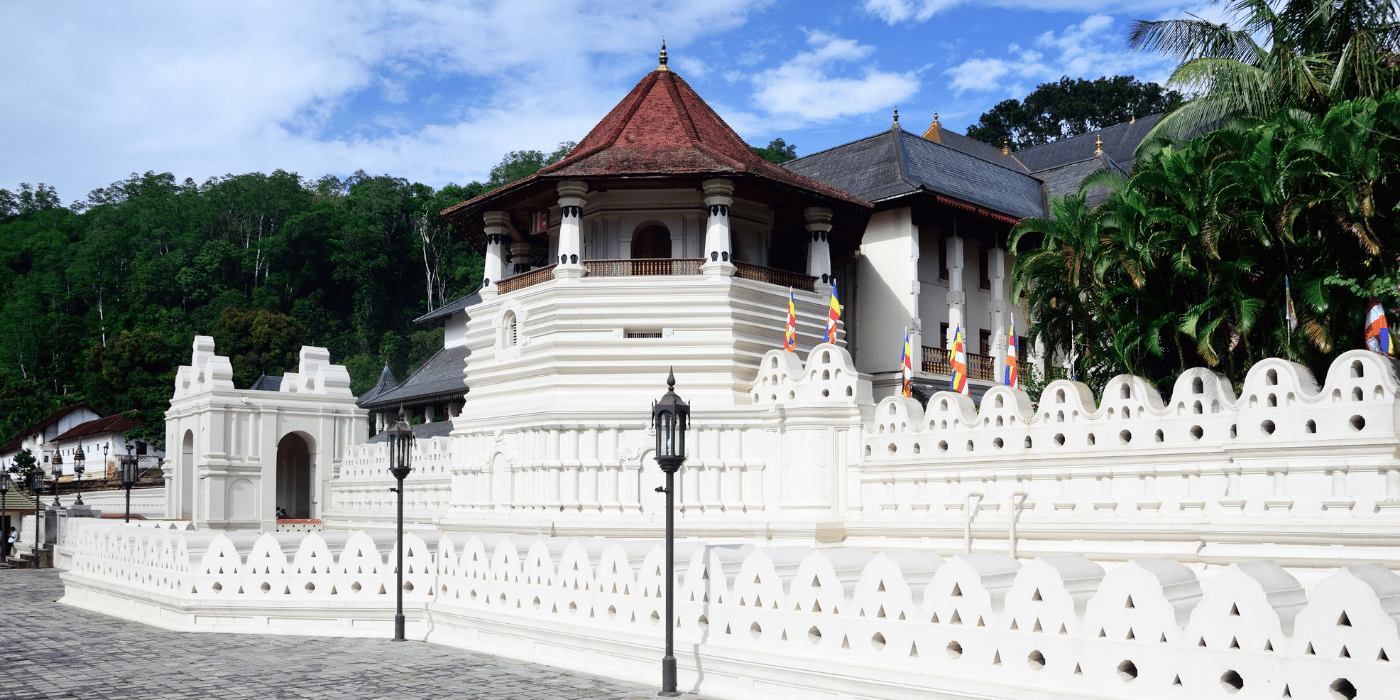 Join the throng of white-clad pilgrims bearing lotus blossoms and frangipani to the 17th-century golden-roofed Temple of the Tooth, believed to house the left upper canine of Buddha himself. Smuggled into Sri Lanka during the 4th-century hidden in the flowing tresses of Princess Hemamili, the relic has significant symbolic power as well as spiritual importance as it is believed that whoever holds the relic, holds the governance of the country. When the capital was moved to Kandy under the last Sri Lankan kings, the tooth was moved there too. Temples and palaces sprung up around the sacred talisman which is kept in a gold casket (visitors can see the casket, not the tooth itself). A private tour with an expert guide is a great way to explore this fascinating, UNESCO World Heritage site.

BIKE THROUGH THE CEYLON TEA TRAILS 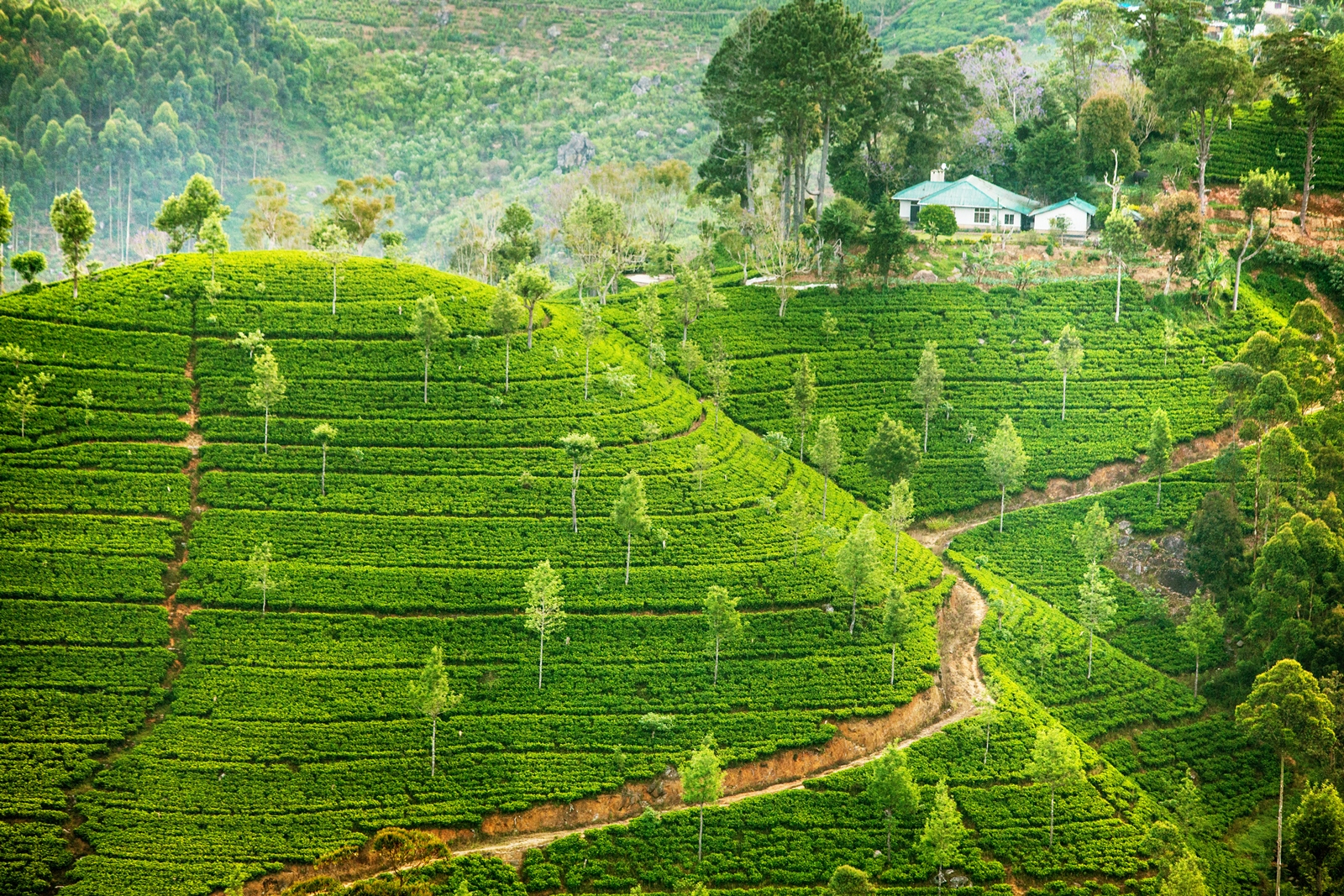 Hop on a mountain bike for a guided cycle ride through the Bogawantalawa Valley in the Central Highlands, which lies at an altitude of over 1500 metres. Racing through the unspoilt beauty of the surrounding valleys and emerald hills as the scent of tea fills the air and the only sound is birdsong, is a uniquely exhilarating experience. Routes can be tailored to suit all levels of ability. 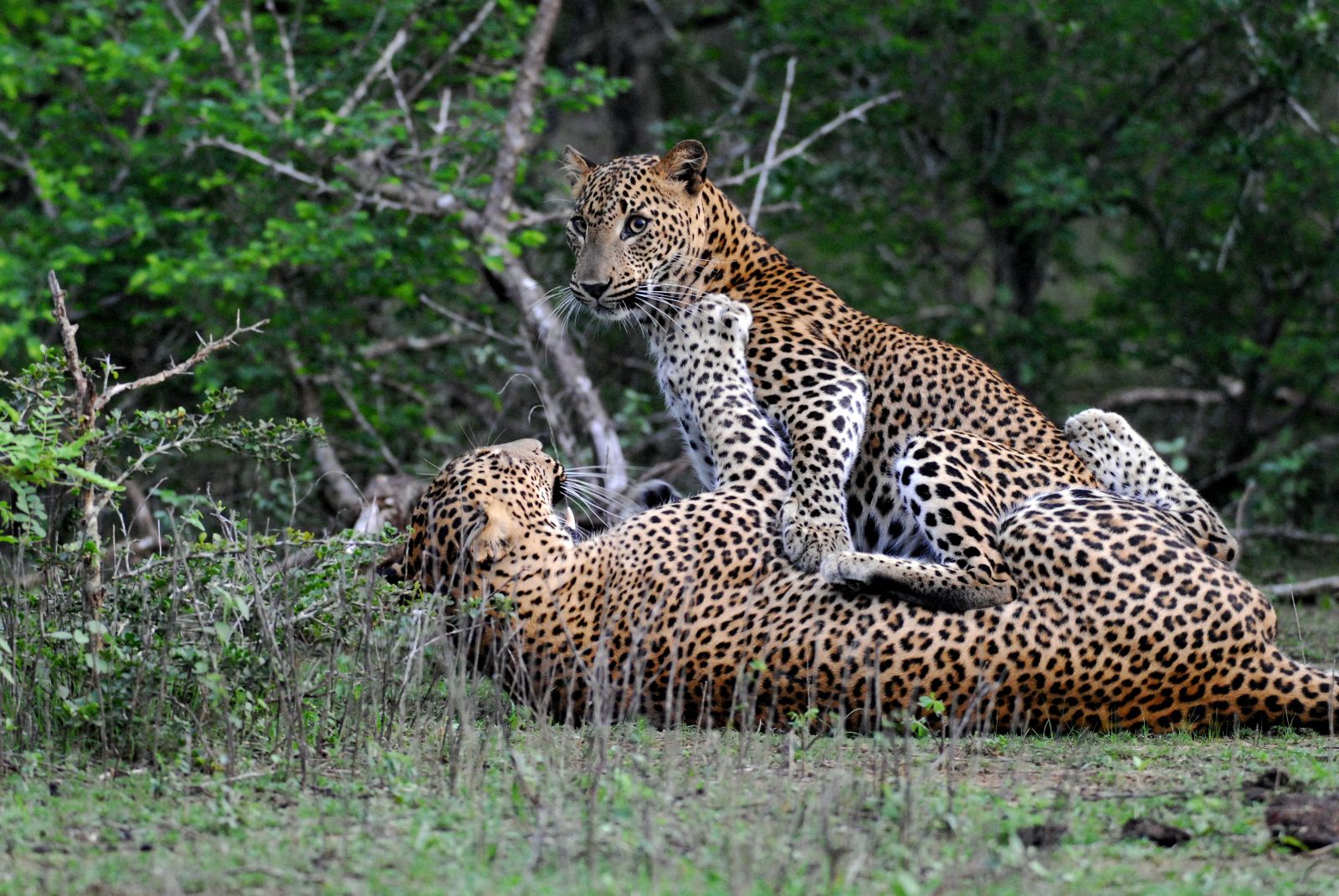 In the south east corner of the country, Yala National Park is Sri Lanka’s must-visit safari destination. It has the world’s highest concentration of leopards as well as majestic elephants, jackals, sloth bears and over 200 species of exotic birds. An experienced guide and driver will take you on an early morning or mid-afternoon game drive through the park, where the terrain ranges from monsoon forests and jungle to grassland plains, lagoons and a rugged coastline (look out for wild Asian elephants on the sand). Stop for a picnic at Patanangala beach or on the banks of the Manik River.

EMBARK ON A BEAUTIFUL TRAIN JOURNEY 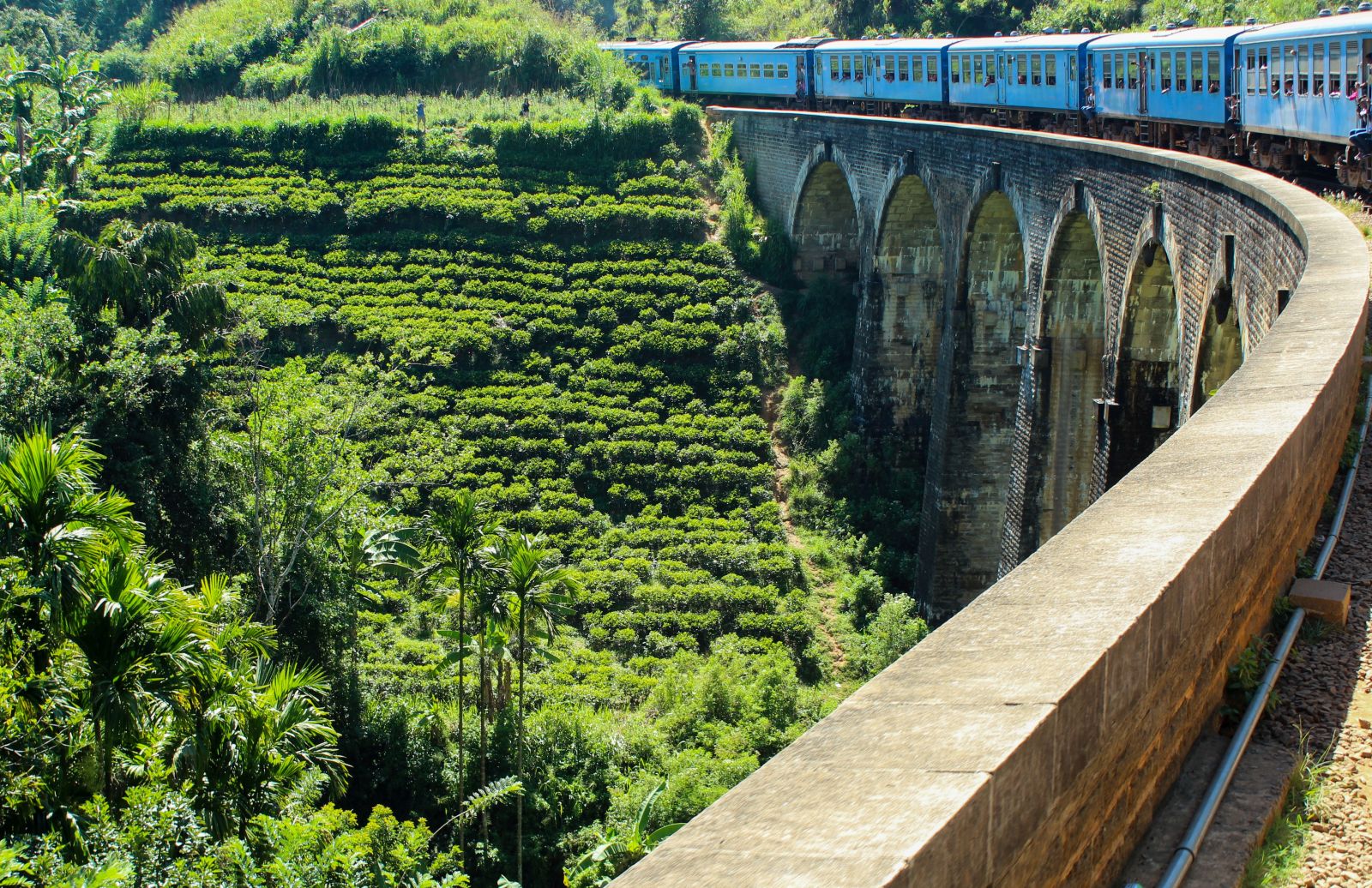 Set off from the tea plantation town of Hatton on the 3 hour 35-minute train journey to Ella, in the Uva province. The route was once used to transport tea from the plantations to Colombo and the scenery along the way is stunning: expect jungle, mountains, hilltop villages and rolling highlands. 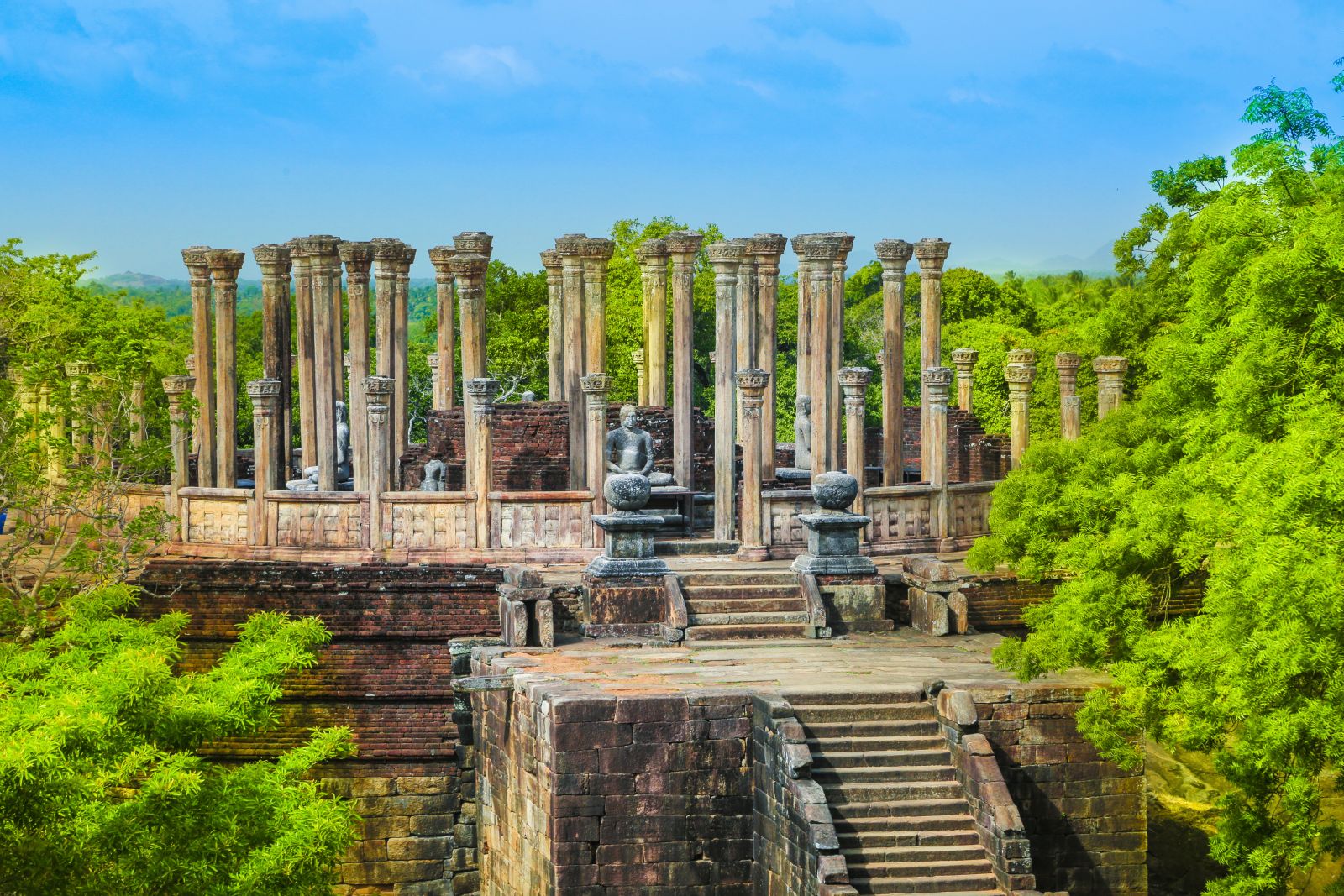 One of the most fun ways to see the archaeological ruins of Polonnaruwa is on two wheels. Once the royal capital of the Chola and Sinhalese kingdoms, and a thriving commercial and religious centre, today it is still remarkably well-preserved with tree-lined paths linking the main sights. Begin at the gargantuan royal palace and baths, once fed with freshwater through crocodile-mouth spouts, before moving onto the audience hall. Here, you’ll see intricately carved stone elephants, countless domed stupas and contemplative Buddha statues. End the ride at the feet of the most astonishing Buddha rock carvings in the country.

BIRDWATCH IN THE SINHARAJA FOREST RESERVE 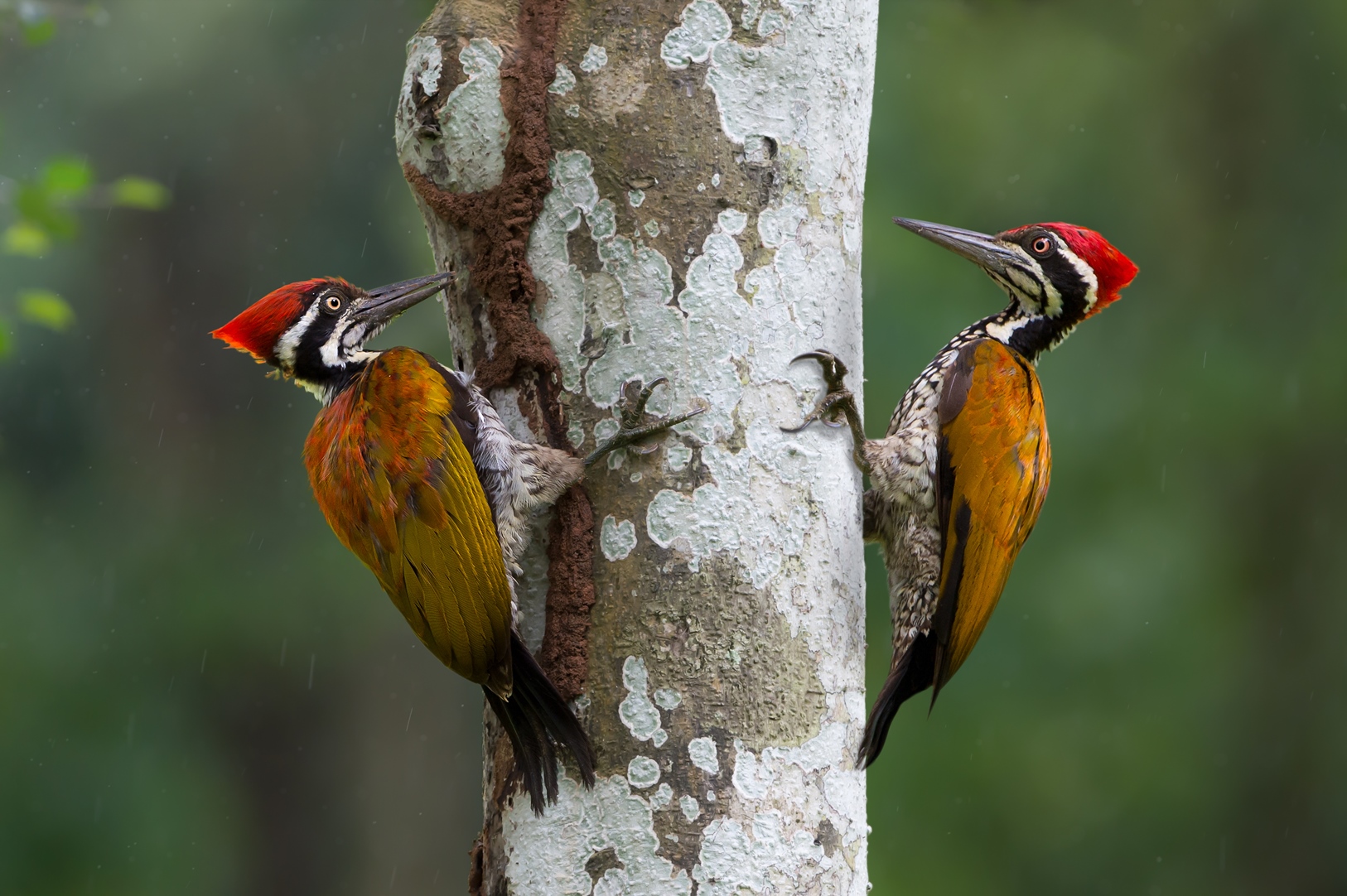 The UNESCO World Heritage Sinharaja Forest Reserve is Sri Lanka’s last remaining virgin rainforest and home to almost 50 percent of its endemic wildlife. This includes 147 species of birds (including 20 that are endemic and the national bird of Sri Lanka – the jungle fowl). Walk through the dense jungle with a naturalist guide and keep eyes peeled for the renowned ‘bird wave’ where two or more species feed, chirp and move together. 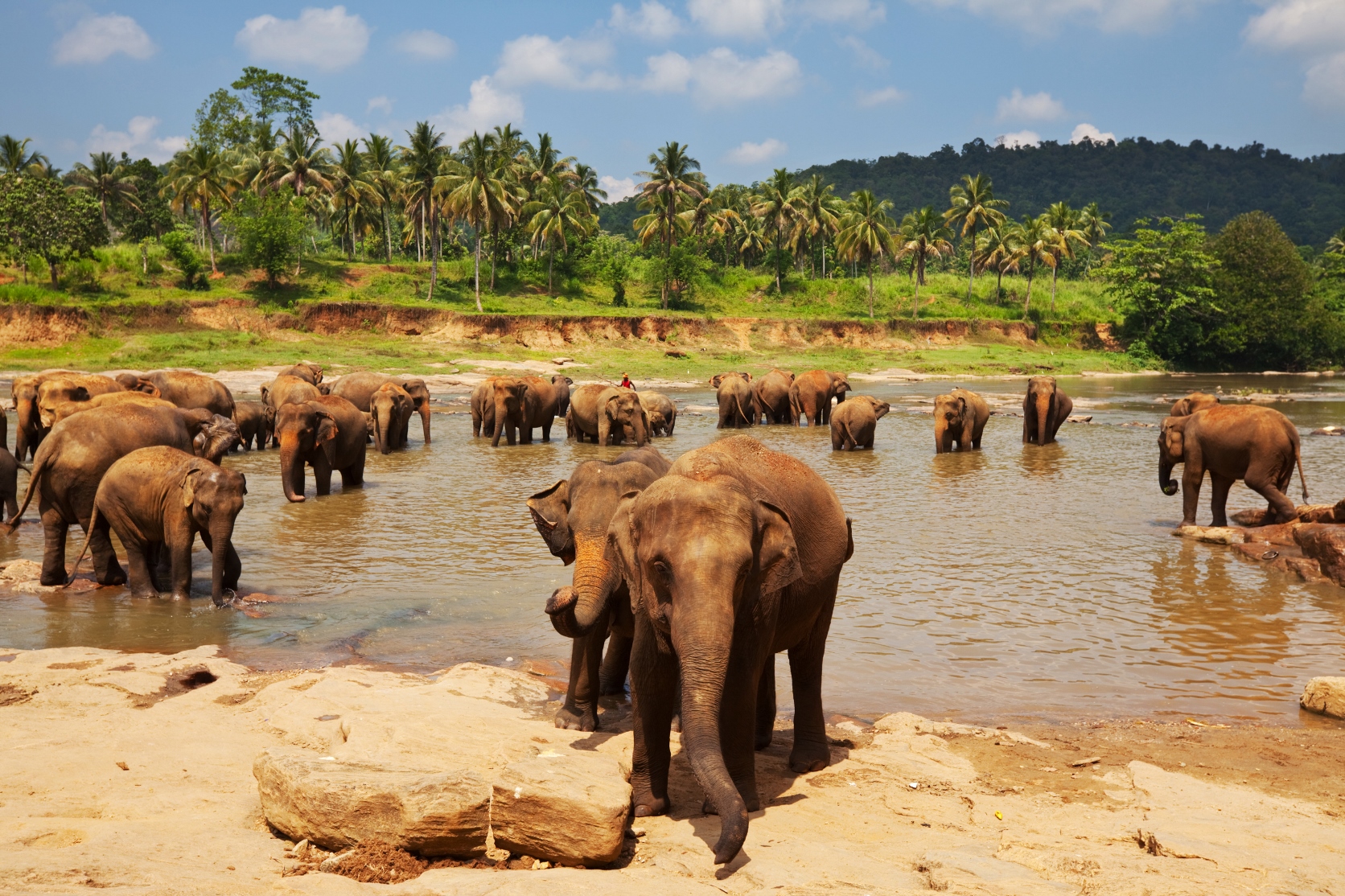 Often less crowded than Yala National Park, this is a great alternative for those hoping to spot elephants. Udawalawe National Park is vast (74,000 acres) and home to 500 wild Asian elephants that roam in herds of up to 100 – meaning visitors are almost guaranteed to see them. It’s also possible to glimpse leopards, buffalo, boars, deer and crocodiles. The best time to visit is early morning, on a private jeep safari.

WHALE WATCH ON THE SOUTH COAST 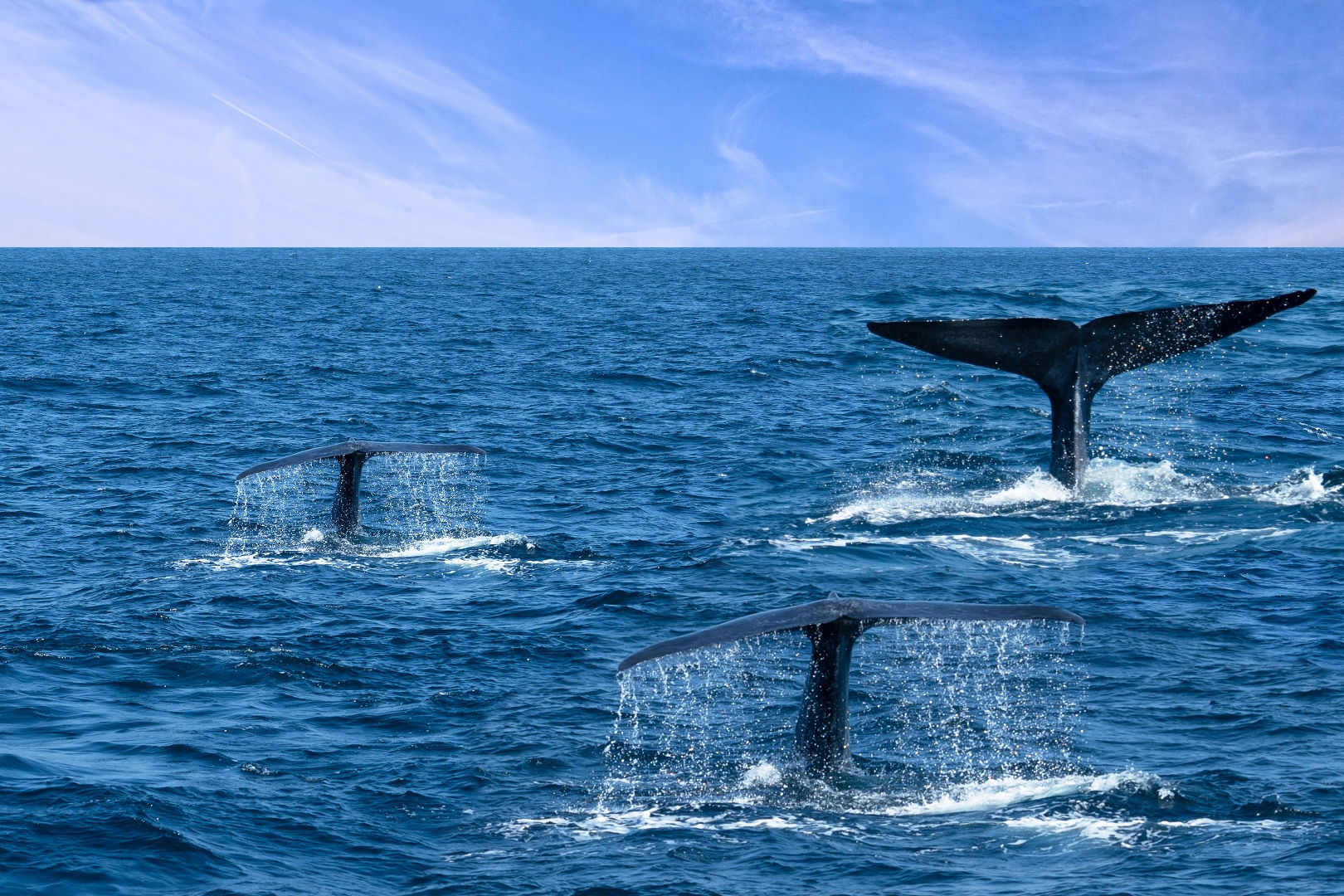 One of the ultimate places to see blue whales in their natural habitat is off the coast of Mirissa, in the south. Whale watching season runs from November to April when Red Savannah can arrange for an experienced crew and guide to take you to the best locations. The whales – which can reach over 35m in length – and large pods of dolphins can usually be spotted just a few miles from shore.

TAKE A PRIVATE TOUR OF A TEA FACTORY 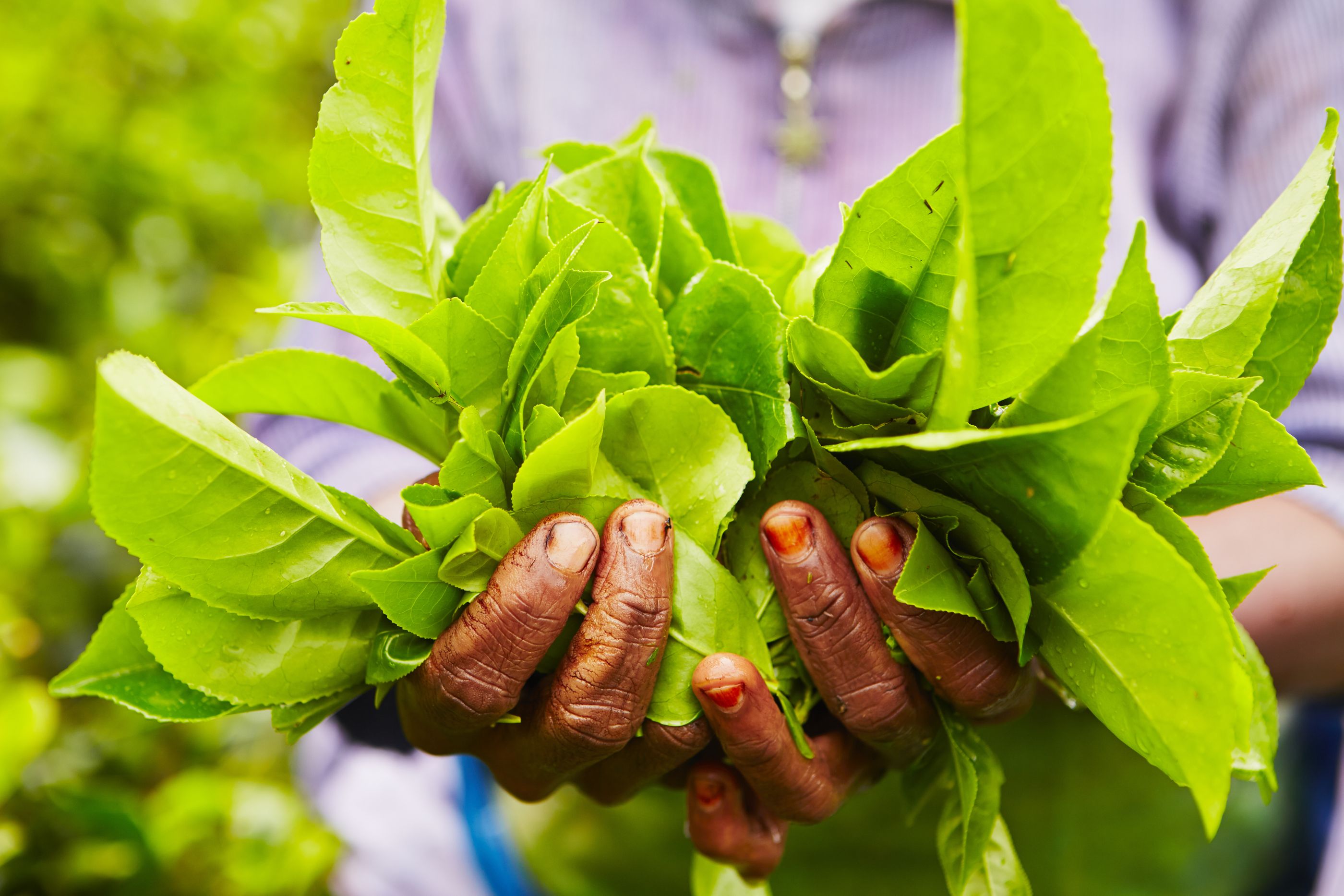 In 1865, Old Ceylon’s plantations were struck by coffee leaf disease (known as coffee blight) and decimated. The enterprising planters immediately switched to tea – and Sri Lanka’s reputation as a tea growing nation was sealed. Follow in the planters' footsteps as they wound their way through canopied jungle searching for the best slopes to plant tea, before visiting the factory to learn about the centuries-old, artisanal process and how different types are produced. 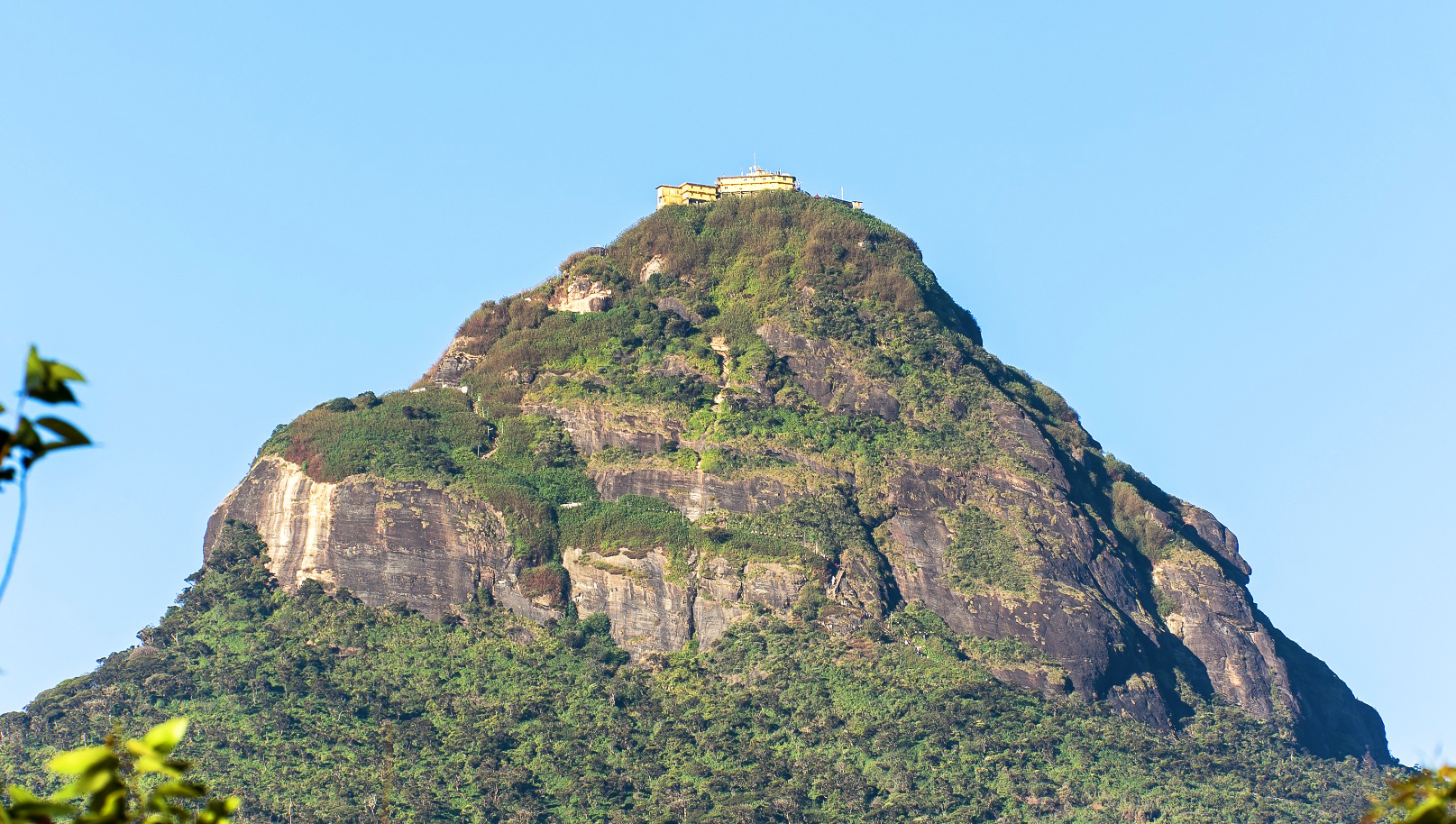 Sacred to all four major Sri Lankan religions – Buddhism, Hinduism, Muslim and Christianity – 2243m Adam’s Peak is climbed by 20,000 pilgrims each year (Buddhists, for instance, believe it is the last place Buddha stepped before reaching Nirvana). Starting from the town of Dalhouise, near Hatton, take a private guided hike to the top in time for sunrise. There are 5,500 well maintained stairs to climb; depending on your fitness level it should take between two to four hours to reach the summit, where its tradition to ring the bell.

To find out more about the bespoke experiences we can arrange, or to plan your luxury holiday to Sri Lanka, get in touch with our Asia specialists on +44 (0) 1242 787 814.