Provence is a stunning summer landscape of sunflowers and lavender, romantic hilltop towns, and some of the most delicious food and wine anywhere in the country. A good book is the perfect holiday companion; especially when that read is evocative of the sights, sounds and scents of your destination. Here are just a few ideas for your packing list:.

Provence – by Lars Boesgaard
Written fully in the French spirit of joie de vivre, Boesgaard’s book really whets the appetite. His musings cover all that is great about the area, from the stunning landscape to the alluring way of life. With sections dedicated to the region’s mouth-watering cuisine, wine and culture, the book untangles a web of complexities to reveal the true essence of France’s sun-kissed southern haven. Beautiful images bring to life small villages, bountiful vineyards, artists’ enclaves and grand feasts; and by the time you’ve finished you will be able to pass for a local.

Perfume from Provence – by Winifred Fortescue
Falling in love with Provence is an age-old British pastime, and in many ways Winifred Fortescue’s first-hand account of emigrating to the region in the 1930s feels timeless. When she and her husband, Sir John Fortescue, tired of the cold, grey days at home they decided to up sticks in favour of a tumbledown house high up in the hills above Nice. Perfume from Provence is her warm and witty tale of the ups and downs: the undeniable charm of sometimes wily stonemasons, builders, and craftspeople; the challenges of navigating immersion into a new culture; and the wonderful experience of waking up each morning to a sea of wild flowers, olive groves, vines and lavender.

My Father’s Glory & My Mother’s Castle – by Marcel Pagnol
Pagnol’s memoir of a childhood spent exploring Provence captures the romance of the region to perfection. It is about the simple pleasures in life: lingering meals of field-fresh goodies; the peace and quiet of a warm summer’s morning; quality time with family far from the stresses of everyday life. Pagnol’s happy memories draw heavily on the pleasures of the area; but more than anything his book wonderfully captures the innocence, emotion and vulnerability of childhood: the highs and lows of growing older and the vivid memories which remain etched in our memories forever.

The Olive Farm: A Memoir of Life, Love, and Olive Oil in the South of France – by Carol Drinkwater
The actress Carol Drinkwater has worked alongside greats such as Laurence Olivier and Stanley Kubrick; but she has a double life. In the late 90s, shortly after meeting French TV producer Michel Noll, the couple bought a small disused olive farm. The Olive Farm is the first book from a charming and entertaining series about her experience; a back-to-basics tale that vividly conveys the wild beauty of the region and a character-building period in the author’s life as she gets to grips, not only with the practicalities and financial pressures of running the farm, but also with the very different local culture.

Picnic in Provence: A Tale of Life in France with Recipes – by Elizabeth Bard
When native New Yorker Elizabeth Bard meets a dashing Frenchman in Paris, she begins a lifelong love affair not just with the man but with the country and its cuisine. Bard’s first book, Lunch in Paris, explores that initial giddy love affair, but her second is about what happens ‘after the happily ever after’; a voyage of discovery about moving to a storied new home in the Provençal countryside, raising a French child, and exploring markets bursting with fruit that tastes of the sunshine – a foray that results in a successful ice cream business and a beloved collection of family recipes which she shares with readers.

Two Towns in Provence – by M F K Fisher
If you plan on eating well on your holiday then look no further than Mary Frances Kennedy Fisher who will be your perfect companion. Always a foodie who considered eating well ‘one of the arts of life’, MFK ultimately became one of America’s most respected food writers. When she moved with her husband from America to France as a young woman, she spent years getting to know the culture and its cuisine; an experience recounted in her memoir of the contrasts between village life in Aix-en-Provence and the hustle and bustle of Marseille. Detailed, observant and moving in its passion, her book emanates affection for France, its people, and its intoxicating fusion of flavours.

A Good Year – by Peter Mayle
Mayle’s colourful, good-humoured and evocative novel tells the story of Max Skinner, whose life changes forever when he packs up his life in London to explore his recent inheritance: a chateau and vineyard. Originally driven almost entirely by the promise of making a fortune, Max discovers a paradise of sunny skies where the food is unfaltering, the locals magnetic, and the lifestyle much better than the one he left behind; but then there’s the wine, which isn’t quite so good. Cue Californian wine buff Christie Roberts, with whom Max’s involvement will be anything but simple. Set against an instantly recognisable Provencal backdrop, Mayle’s story is an atmospheric and absorbing holiday read.

Jean de Florette and Manon des Sources – by Marcel Pagnol
A family saga imbued with Pagnol’s intricate understanding of Provencal culture, Jean de Florette and Manon des Sources was originally published as a two-part novel before later being made into the popular films of the 1980s. Pagnol was inspired by an old French legend of a wild shepherdess enacting revenge. The first book sees the cruel treatment of a ‘city boy’ incomer to a small village by two scheming locals reluctant to share their well. After their actions ultimately prove fatal, the second novel tells the tale of the wronged man’s daughter, now a beautiful and powerful woman intent on avenging her father’s death. Magnetic characters, an intricate plot and vivid descriptions of the Provencal landscape and culture make for a thoroughly absorbing read.

The Most Beautiful Villages of Provence – by Michael Jacobs
Provence is a vivid canvas, and Jacobs’ book celebrates the feast for the eyes in all its glory using the ambient photographs of Hugh Palmer. Moving between fields of lavender and sunflowers to some of the most picturesque villages, The Most Beautiful Villages of Provence is a winning combination of stunning photography and personal accounts of places, faces and histories. Images of out of the way villages with indelible Roman, Moorish and Greek influences are artfully placed alongside Jacobs’ own carefully collated and edited suggestions – festivals, hideaway restaurants, authentic guest houses and markets which allow the privilege of getting under the skin of the region.

Provence Food & Wine: The Art of Living – by Francois Milo
As much a book to cherish when you return home as a handy companion on your travels, Francois Milo’s collection encapsulates all the mouth-watering flavours, eye-popping colours and indulgent goodness of the region’s famous and healthy cuisine; as well as useful advice on pairing and purchasing Provencal wine, including its staple rosé. The book is a useful guide when travelling, providing tips on places to go and things to see; and when you return home, you can recreate flavours which will take you right back to those lazy days under warm sunny skies. 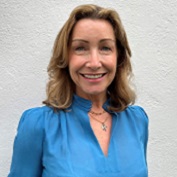