The salt flats are only the tip of the iceberg when it comes to experiences in Bolivia. Think moonscapes of eroding rock sculptures, a witch market dedicated to curing ailments, pre-Inca monoliths and craftsmen of unrivalled talent.

MEET THE WEAVERS OF CANDELARIA 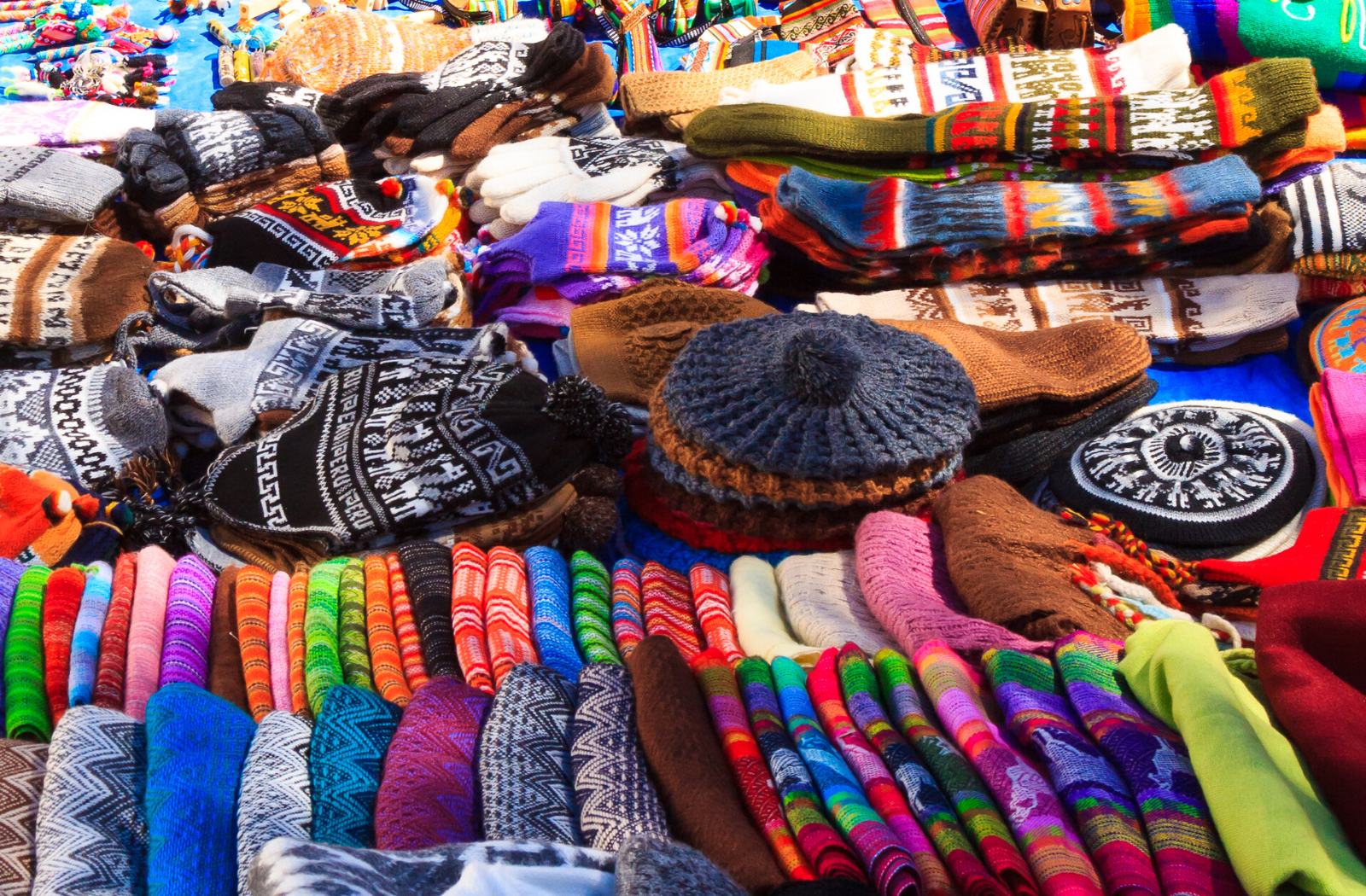 Travel to the village of Candelaria to meet its craftsmen, some of the most talented in the world, who practise the Tarabuco indigenous style of weaving on wooden hand looms. They create complex artwork consisting of vibrant pictures of local rural life - farming, marriage and even the production of chicha beer. Try your hand at weaving with one of the locals, an expert in the industry who’ll show you the different tapestry techniques recovered from ancestors past. There is of course an opportunity to shop for souvenirs which provides a deeper understanding of the culture and that feeling of satisfaction you only get when buying directly from the source. 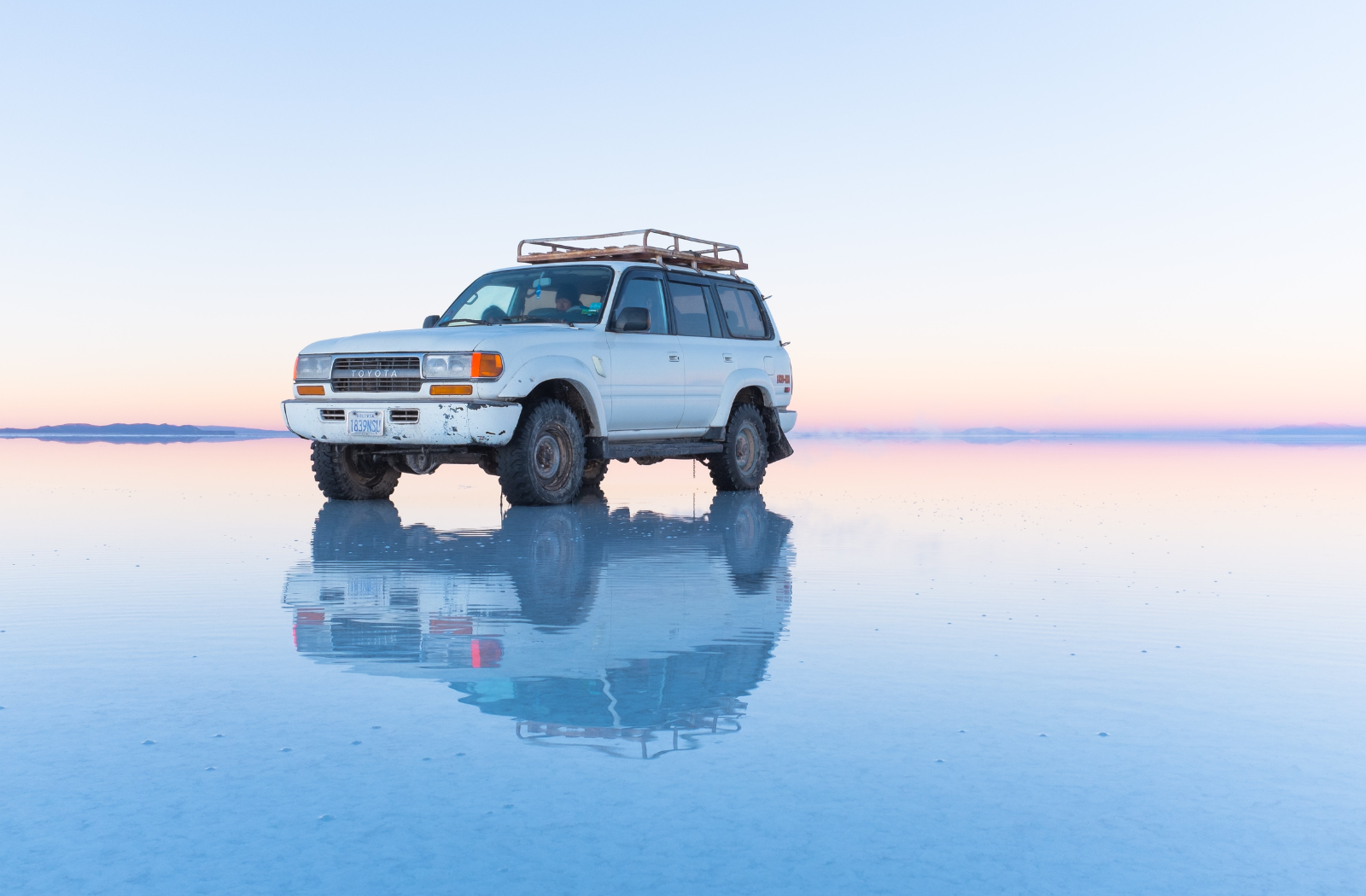 There’s no bad time to visit the natural phenomenon of Bolivia’s Salar de Uyuni. In the dry season, the white salt crust positively shimmies in the sun while during the rainy season, the flats transform into an expansive natural mirror reflecting the sky and surrounding mountains. Aside from absorbing otherworldly scenery, visit an abandoned train cemetery to see the shells of old locomotives once used to transport minerals to the coast. After days exploring in an open-top 4x4, you can immerse yourself further into the dazzling landscape on a night of upscale camping. Rest you head in a futuristic domed tent with a salt carpet backdrop or in an airstream camper for dinners under the stars and not another human in sight. 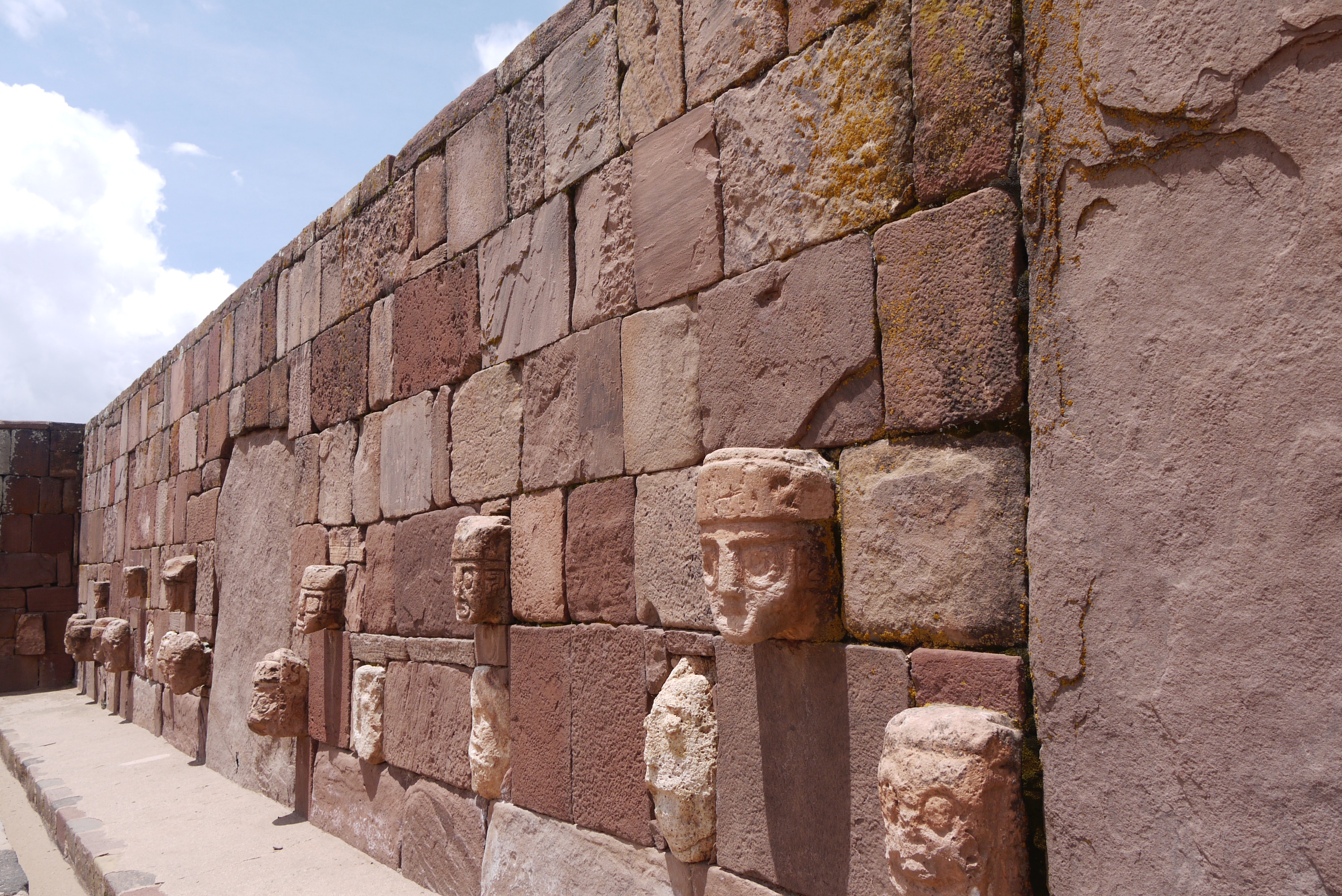 Close to the high-altitude edges of Lake Titicaca, the UNESCO world heritage site of Tiwanaku echoes a lost South American civilisation. These mysterious ruins once formed the core of an important pre-Incan society that left behind a number of megalithic structures and complex agricultural systems which you can explore with the knowledge of an expert guide. Wander the stone monoliths, sculptures and sunken courtyards once believed to have been the centre of the world. Up close you can inspect fascinating iconography as depicted in The Gateway of the Sun, thought to reflect a calendar system unique to the Tiwanaku peoples. For more insight, it’s worth visiting the small museum to see excavated artifacts.

THE WITCHES MARKET OF LA PAZ 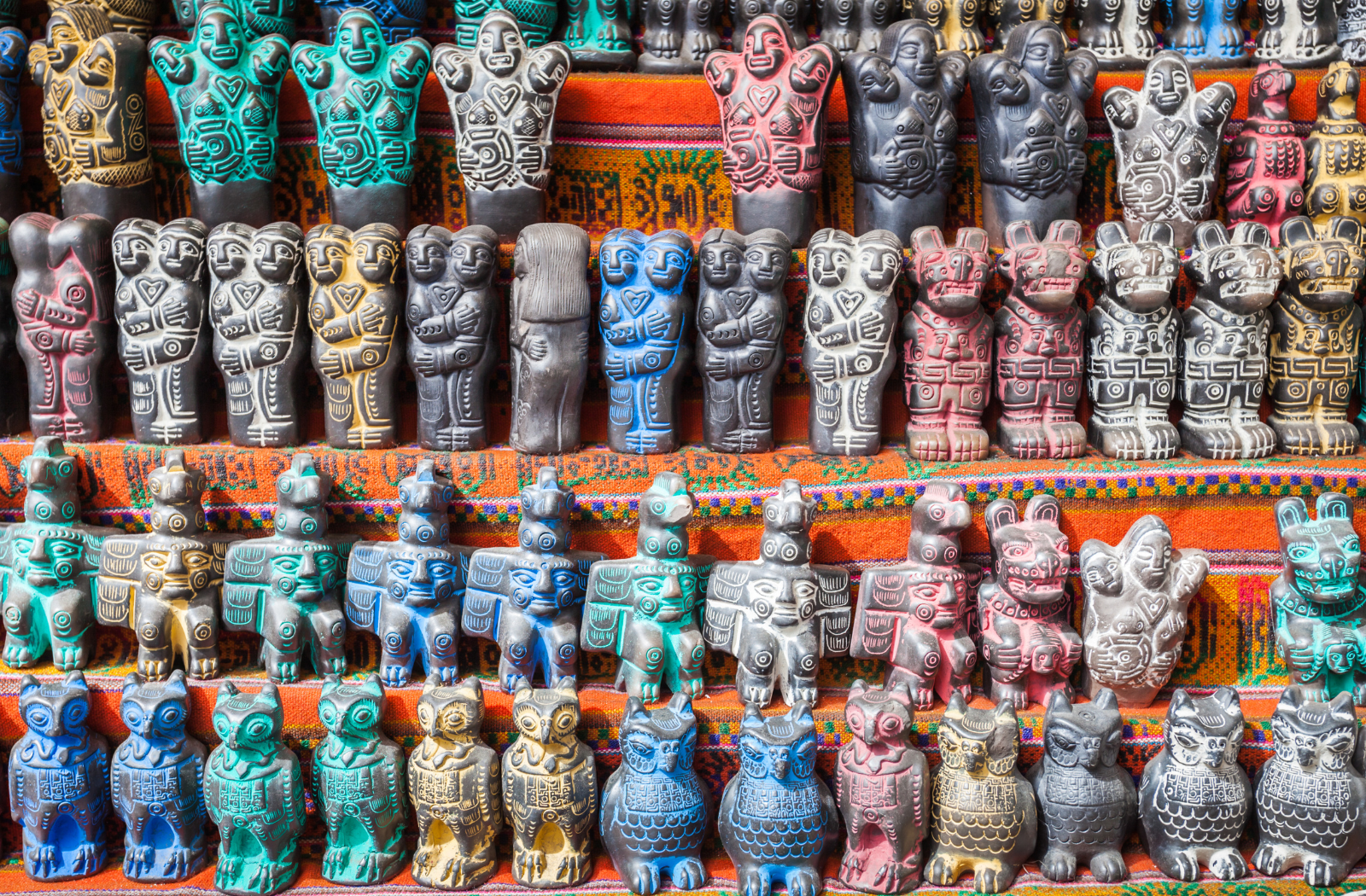 Dive into El Mercado de las Brujas, or the Witches Market as it’s commonly known, a hotspot for Bolivia’s mainstream spiritual industry. It’s where you can buy anything from medicinal plants and talismans to dried frogs and llama fetuses all used for rituals that call on the underworld. This is a once-in-a-blue-moon opportunity to ask one of the many yatiri witch doctors for spiritual readings using sacred cacao leaves, their beliefs revolving around the Pachamama (Mother Earth) who is appeased by ceremonial offerings. Otherwise, you can simply purchase pre-packaged spells over the counter with the promise of good fortune and curing ailments.

TREK THROUGH THE VALLEY OF THE MOON 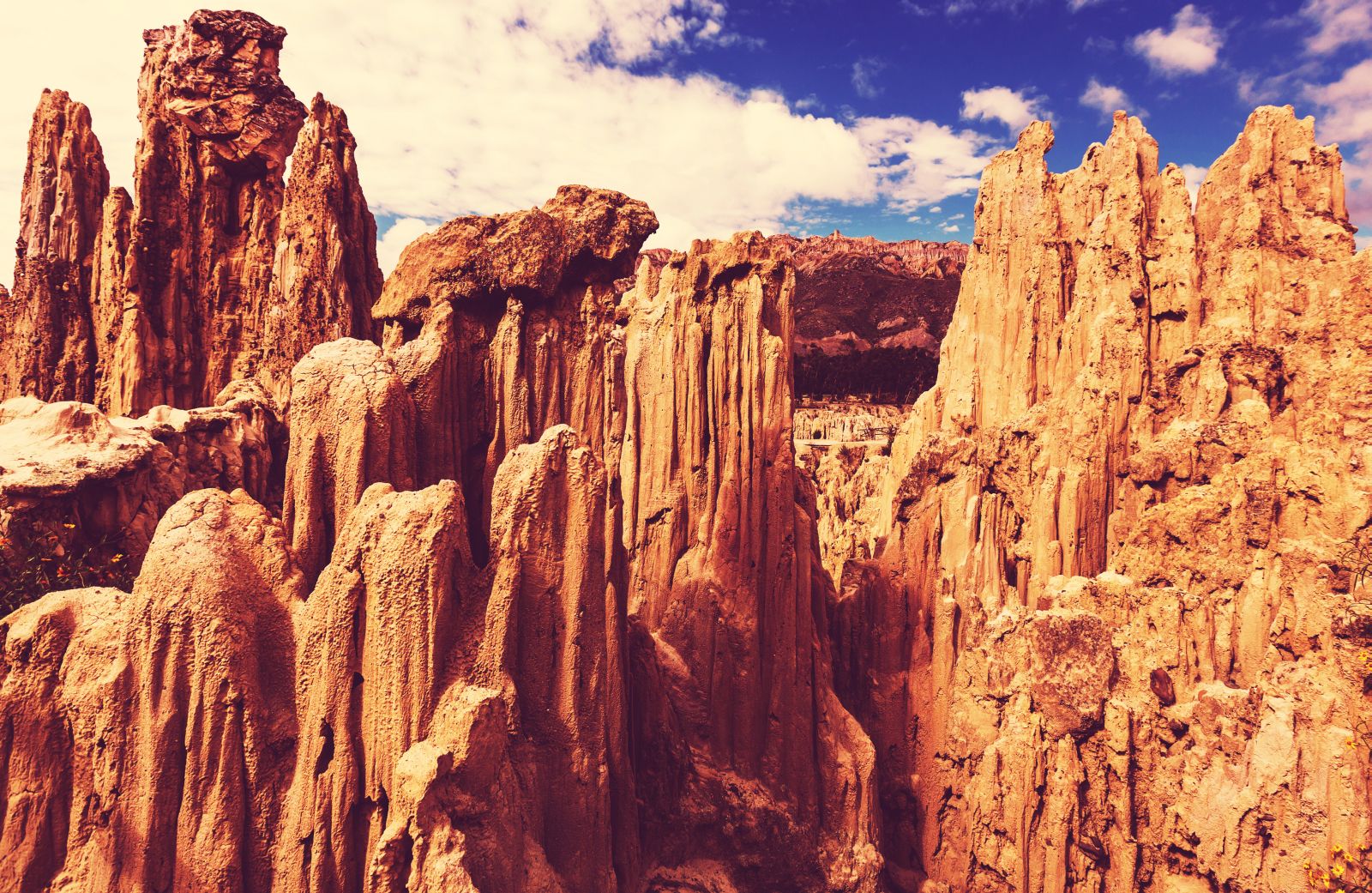 Discover a lunar-like landscape in the Valley of the Moon just outside of the capital of La Paz. Up in the breathless altitudes, walk a labyrinth of rock spires and arid canyons dotted with desert surviving cacti. The surrealist terrain consists of mineral rich sandstone and clay rock formations heavily eroded with time. Hiking trails lead to spectacular views across the fragmented hillsides and maze of geological formations with natural sculptures named Turtle’s Shell, Cholita’s Hat and Nice Grandfather. It’s a unique yet fleeting experience - the Valley of the Moon may well erode and completely disappear in future generations but the scenery will undoubtedly remain etched in your mind.

To find out more about the bespoke experiences we can arrange, or to plan your luxury holiday to Bolivia, get in touch with our Latin America specialists on +44 (0) 1242 787 819.