In a country that can fit the whole of the European Union within its borders twice over, Brazil still manages to exceed expectations. Beyond Rio de Janeiro, the country unfurls a wealth of diversity from a jaguar-inhabited wetland to a forested coast full of hidden white beaches. 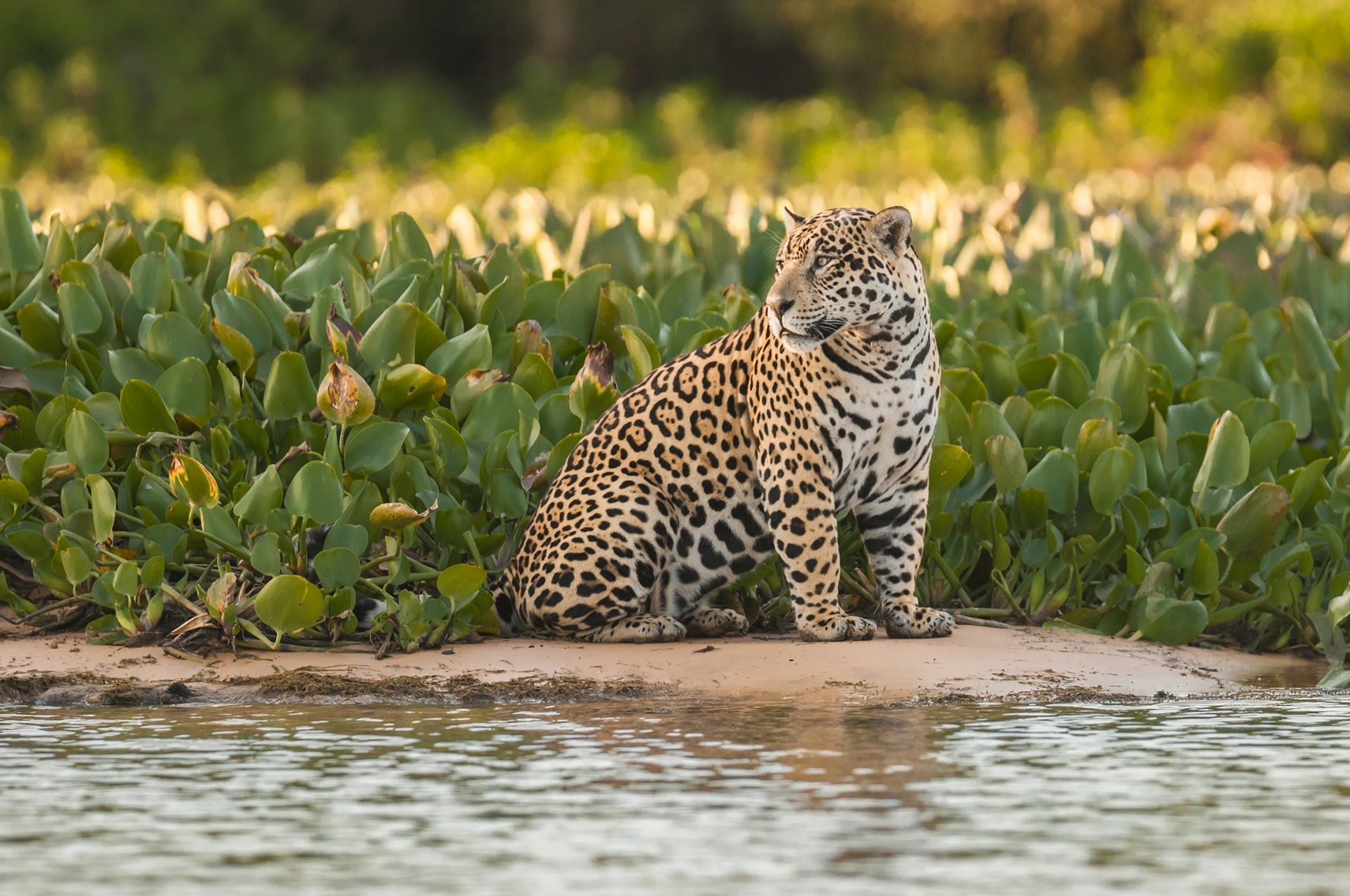 While the Amazon may be the poster child of Brazil’s wildlife destinations, the lesser-known Pantanal is equally outstanding. The world’s largest tropical wetland area spans 180,000 square kilometres with a higher density of jaguars than anywhere else in the world. The best time to see them in the wild is from May to December when you can easily spot these elusive creatures in the flat open grass as well as the other 158 mammal species, 480 reptiles and thousands of birds that call these preserved wetlands their home. Caiman is a wildlife lodge lauded for its conservation projects and based in the heart of a protected refuge, it provides a base for unmatched wildlife viewing. Aside from the big cats, possible sightings include enormous concentrations of beady eyed crocodiles, cheeky howler monkeys and giant anteaters rifling the ground to name but a few. 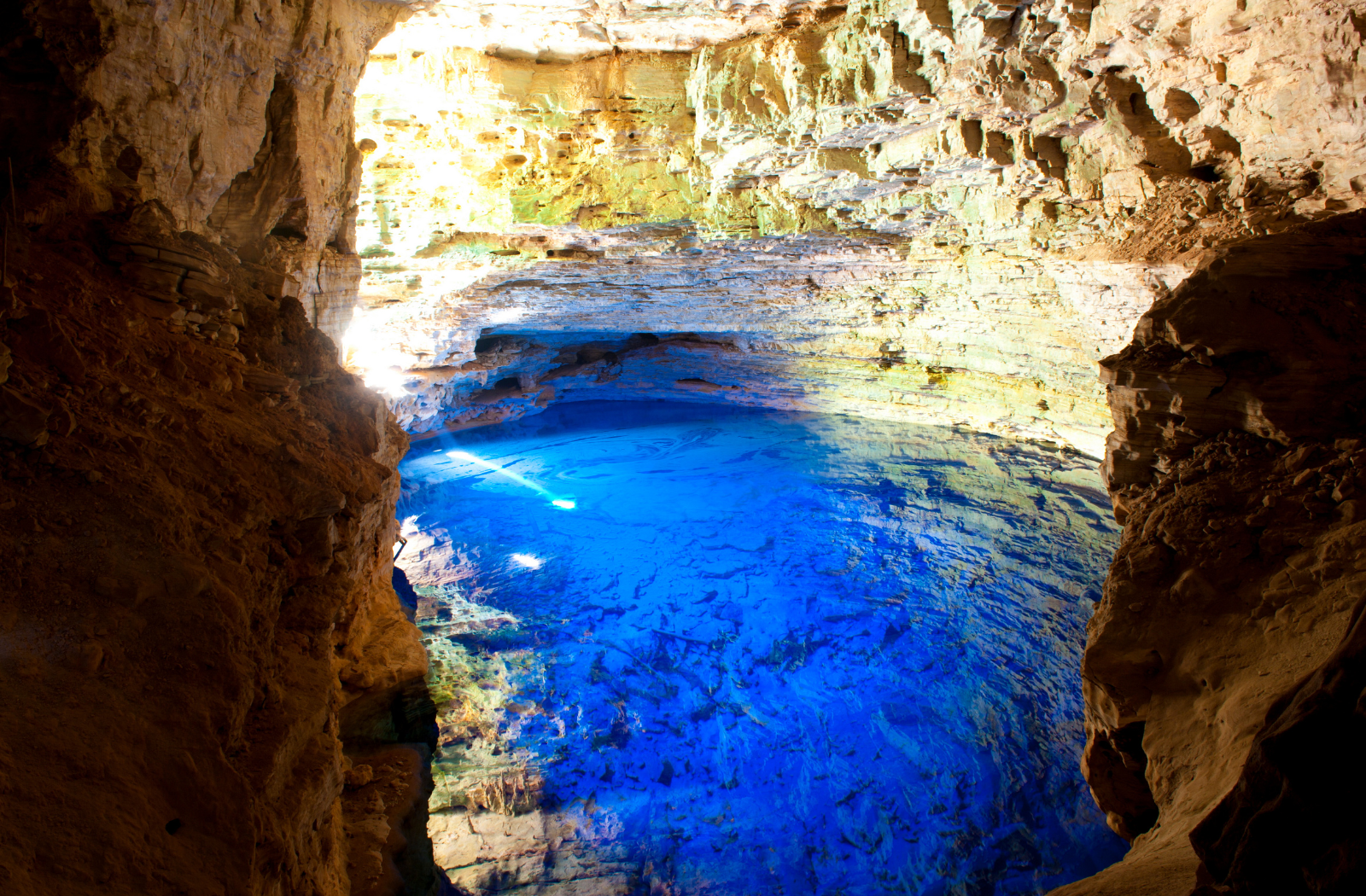 Bahia moves to the beat of its own drum. Samba-reggae and capoeira dancing consumes Salvador de Bahia, historically a major slave trade port and now a place where Afro-Brazilian culture dominates from its seafood cuisine to spiritual Candomblé ceremonies. Further west in the mountains, Chapada Diamantina offers an abundance of natural beauty - limestone escarpments, remote waterfalls and a natural phenomenon located at Poco Encantado, a cave where at certain times of the year, the refracting sunlight creates myriad shades of blue. Uxua Casa Hotel and Spa is an exclusive beach retreat on the palm-fringed coastline where you can go snorkelling in the crystalline water and enjoy long lunches of moqueca coconut-based fish stew.

Above the strings of bright-white sand, time comes to a halt in the charming village of Trancoso, its grassy quadrado square lined with fishermen huts and a few stylish villas luring A-listers seeking icy mojitos, an excellent dining scene and a nonchalant pace of life. 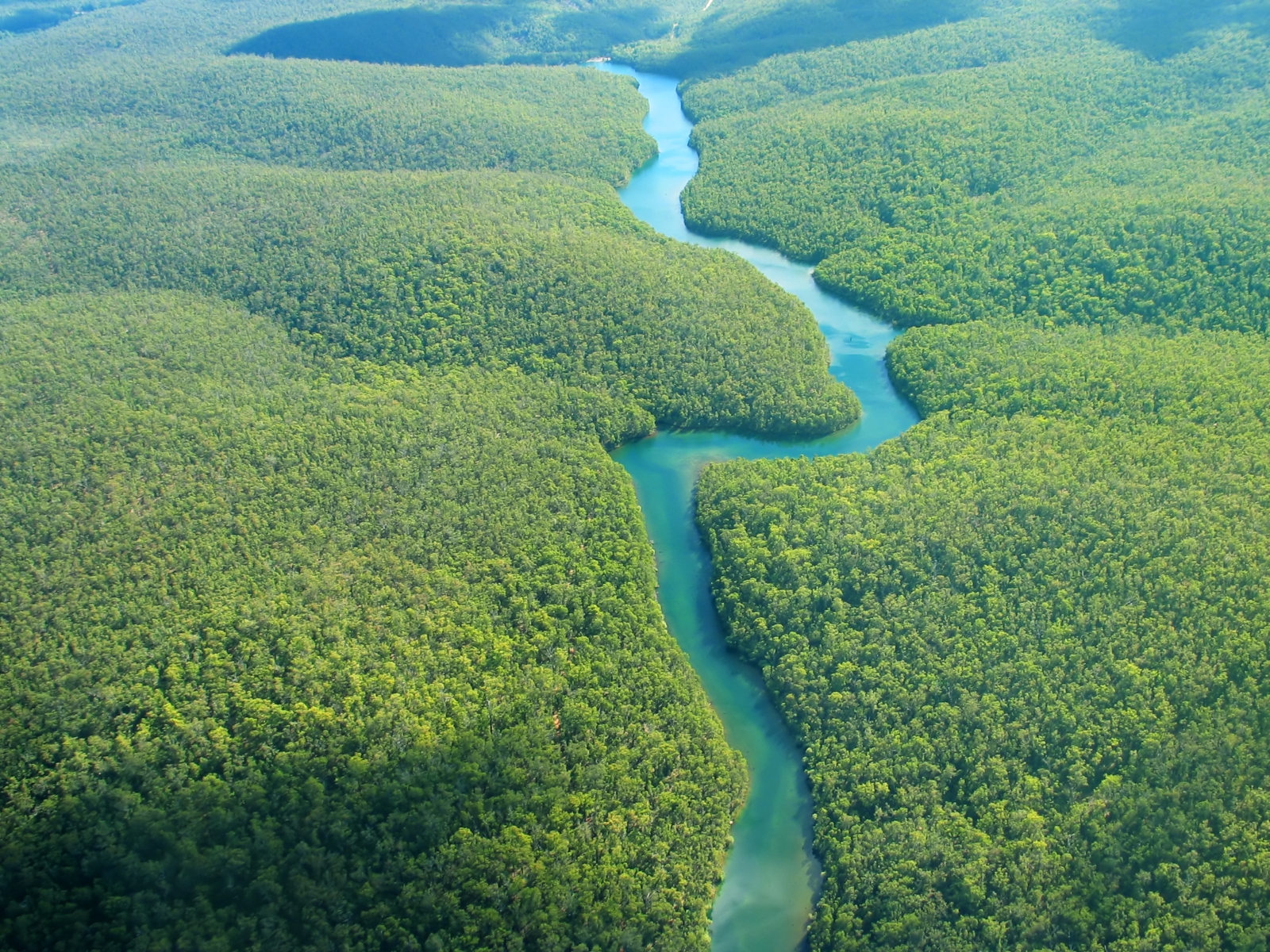 In a land of myth crossed by arguably the longest river on the planet, the Amazon draws up notions of unchartered territories, exotic wildlife and indigenous communities isolated from the modern world. Travel to Manaus, the splendid gateway to the Amazon before taking an adventurous seaplane into the depths of the jungle where days at sustainable lodges are spent encountering extraordinary wildlife such as endearing sloths, grunting capybara and the caiman that stalk them on the riverbanks. Mamiraua Reserve’s flooded forest provides a refuge for uakari monkeys and colourful toucans that inhabit the handsome Japura and Aracazinho lakes. For a different angle, explore Brazilian savanna in the Chapada dos Guimarães National Park a backdrop of dramatic cliffs, waterfalls and breath-stealing canyons. Anavilhanas Jungle Lodge is the best base for intrepid adventure including piranha fishing and nocturnal safaris. 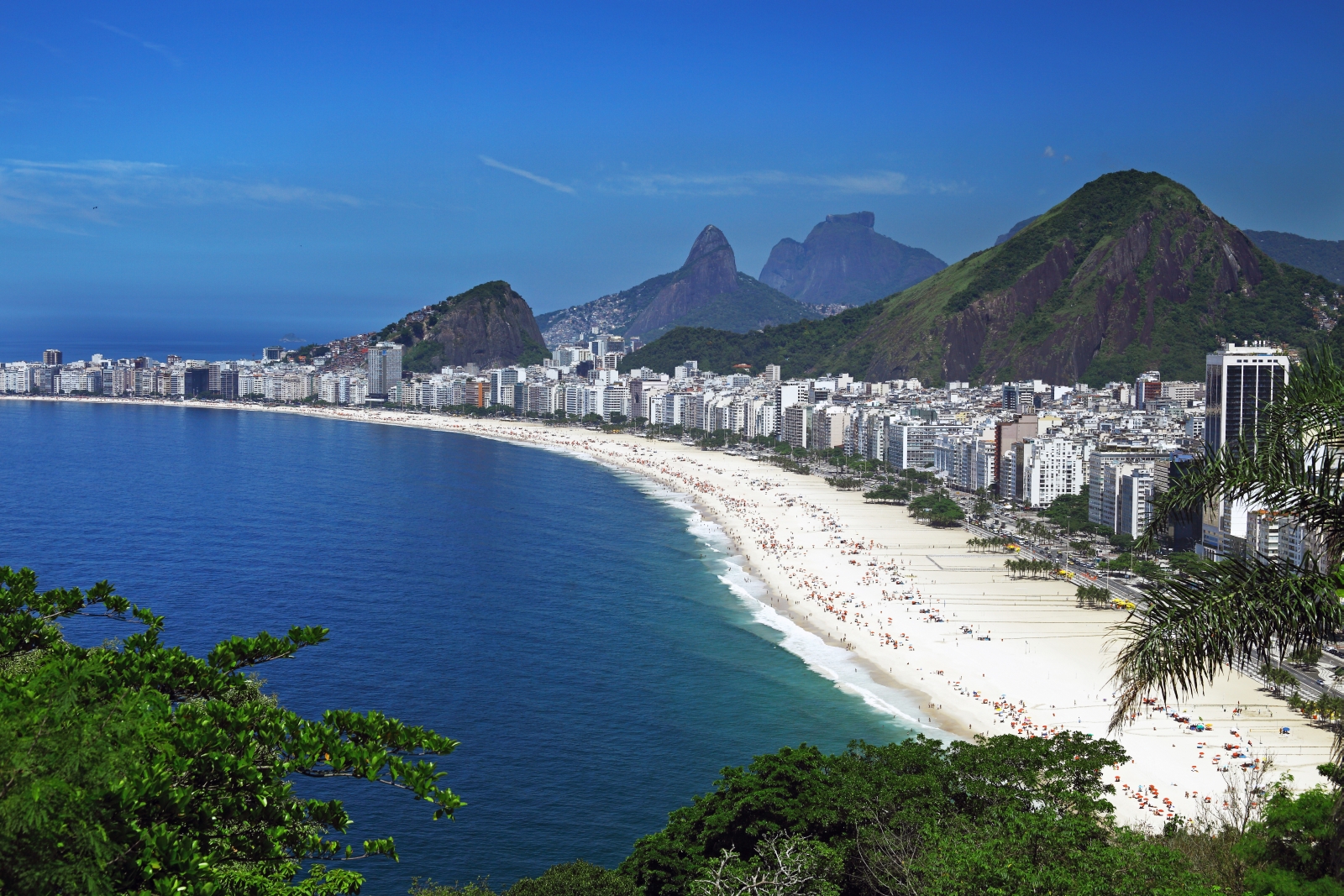 Songs have been written about the iconic beaches of Copacabana and Ipanema and the beautiful bodies that grace their patterned promenades. Few backdrops are as stunning as Rio’s staged by Sugarloaf Mountain and the Corcovado from where Christ the Redeemer towers above the city. It’s only one of Rio’s many architectural marvels that include the futuristic Museum of Tomorrow and the UFO-like Niterói Museum of Contemporary Art designed by world-famous architect, Oscar Niemeyer. Behind the Corcovado, in the Parque Nacionale da Tijuca, 200 bird species reside in the thick Atlantic Forest while below, the district of Jardim Botânico offers a leafy urban paradise with its influx of artist studios and cool restaurants. When the sun sets, a sultry samba scene ignites carrying on into the early hours of the morning. Over four days of the year, Rio Carnival sparks a frenzy of gaiety, joined by people all over the world for dancing and samba processions. Located between the buzzing city streets and Copacabana’s golden sands, stay at Belmond Copacabana Palace, a beautiful art deco building which has been a hot spot since 1923. 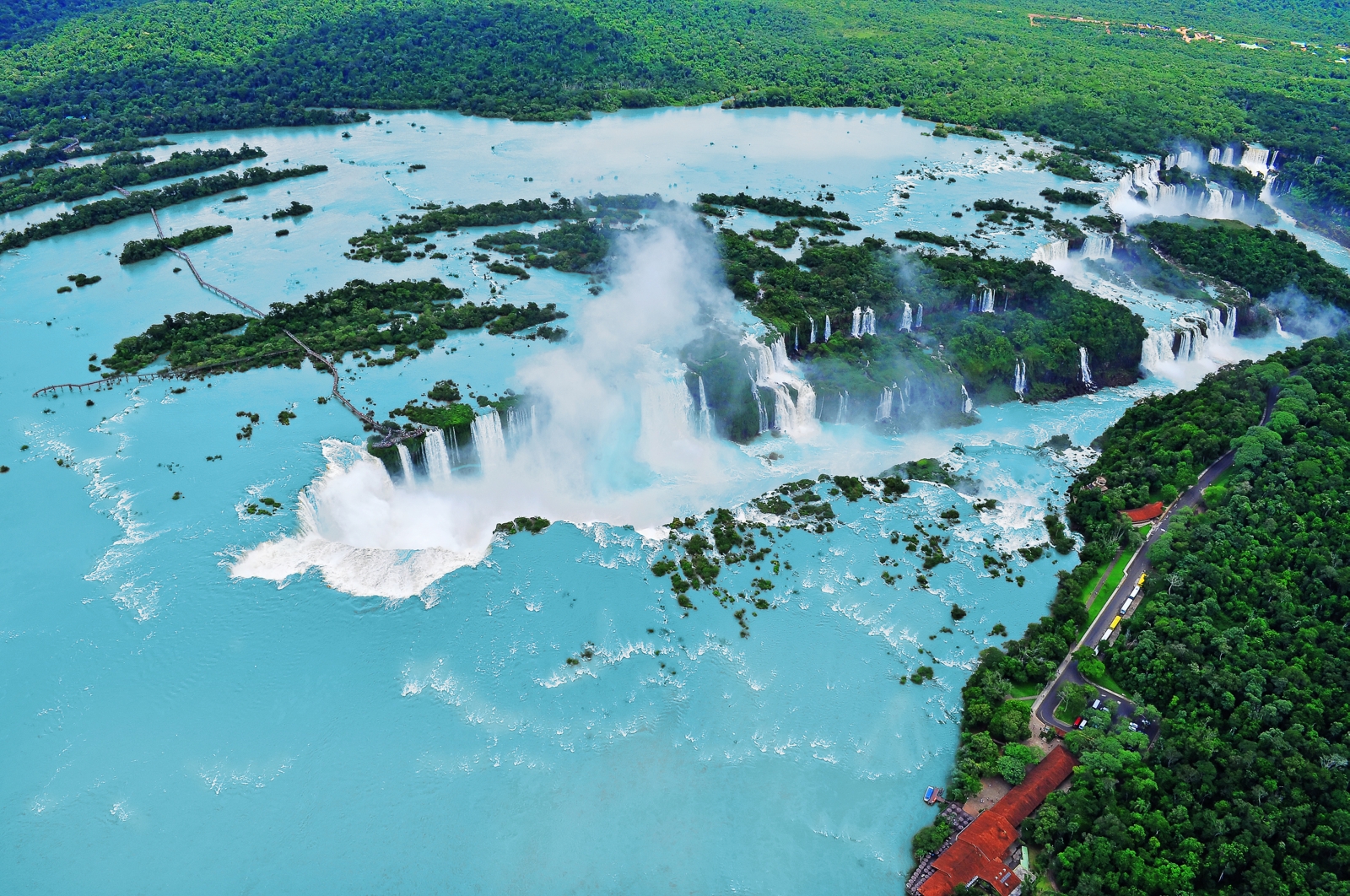 Straddling both Brazil and Argentina, the Iguazu Falls not only impresses with its astonishing cataracts of heaving, powerful water but also its accessibility. On the Brazilian side of the falls, you can stay at Belmond Hotel das Caratas which is situated in prime position in the Iguazu National Park itself, so close to the natural wonder you can see the rising plumes of mist and hear the thundering water. Before the park even opens to the public, wake up and stroll out onto the designated pathways bathed in morning light when it’s also possible to see tapirs, giant anteaters and the racoon resembling coatis. Boat tours, helicopter rides and riverside walks are the order of the day in this verdant tropical rainforest while nocturnal walks without the crowds offers unique perspectives and if you’re lucky, a lunar rainbow. 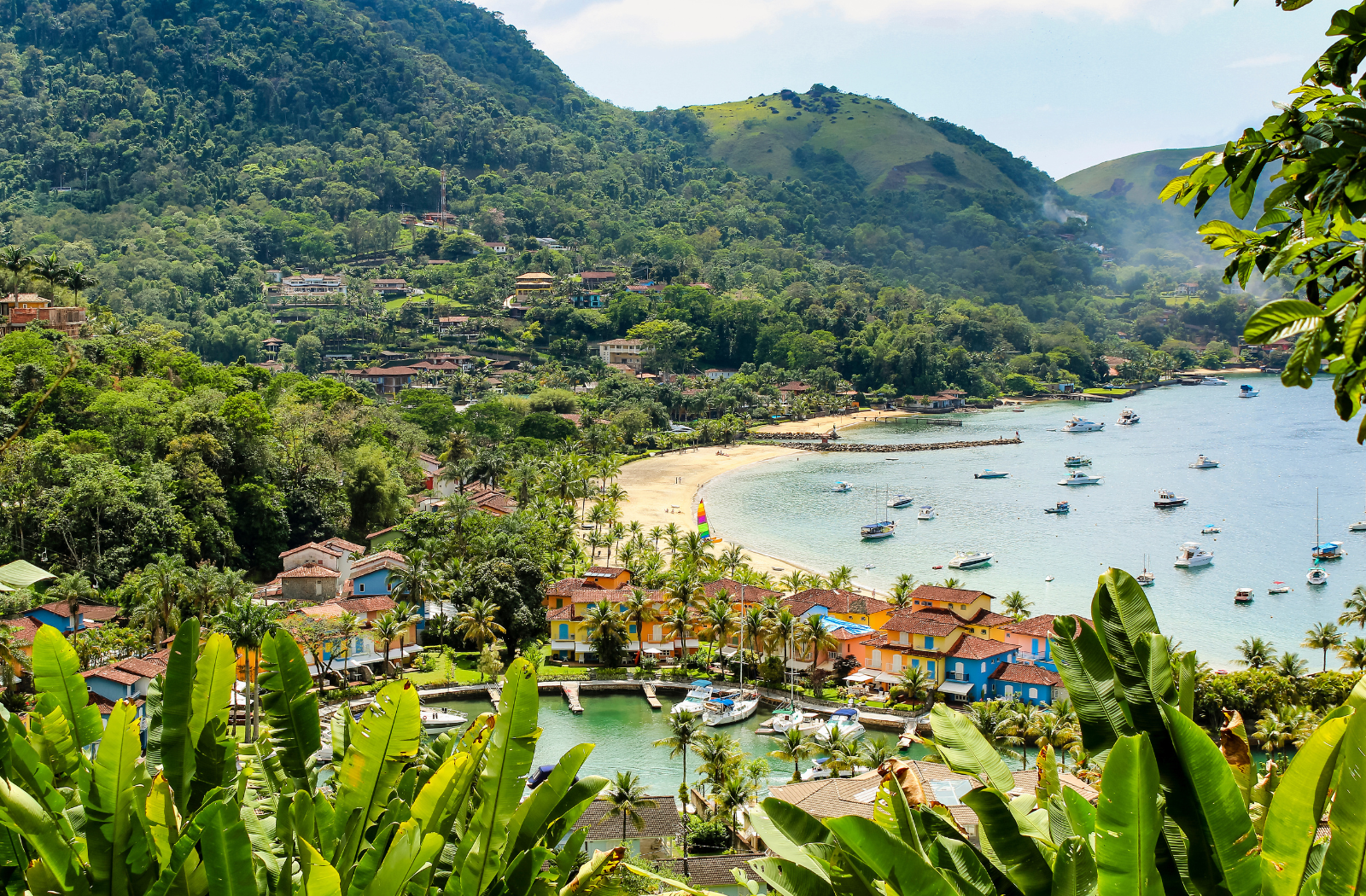 Running for some 300 miles running between Santos, Sao Paulo and Rio de Janeiro, the aptly named Emerald Coast dazzles with rainforest canopy and a sea embodying the same natural hues. Here, life trawls by like the fishing boats sprinkled on the water and features some of the most handsome beaches. Southwest of Rio, Angra dos Reis and its 365 islands draw well-heeled sun seekers to a collection of hedonistic seaside villas. The largest of its islands, Ilha Grande, offers biodiversity ringed by wild beaches and greenery peppered with forest trails. On Ilhabela island’s pristine sand, the days starts with ceviche and ends with a caipirinha interspersed perhaps with a walk to picturesque waterfalls. The cobbled port town of Paraty reminisces the colonial-era’s booming gold industry where a stroll around the colourful preserved houses pairs perfectly with schooner trips to the hundreds of secluded beaches.