Costa Rica’s experiences combine spirited adventure with sensational backdrops from rafting down jungle-fringed emerald rivers and safaris along wild black-sand beaches to ziplining in the cloud forests and kayaking in the shadows of the majestic Arenal volcano.

RAFTING DOWN THE PACUARE RIVER 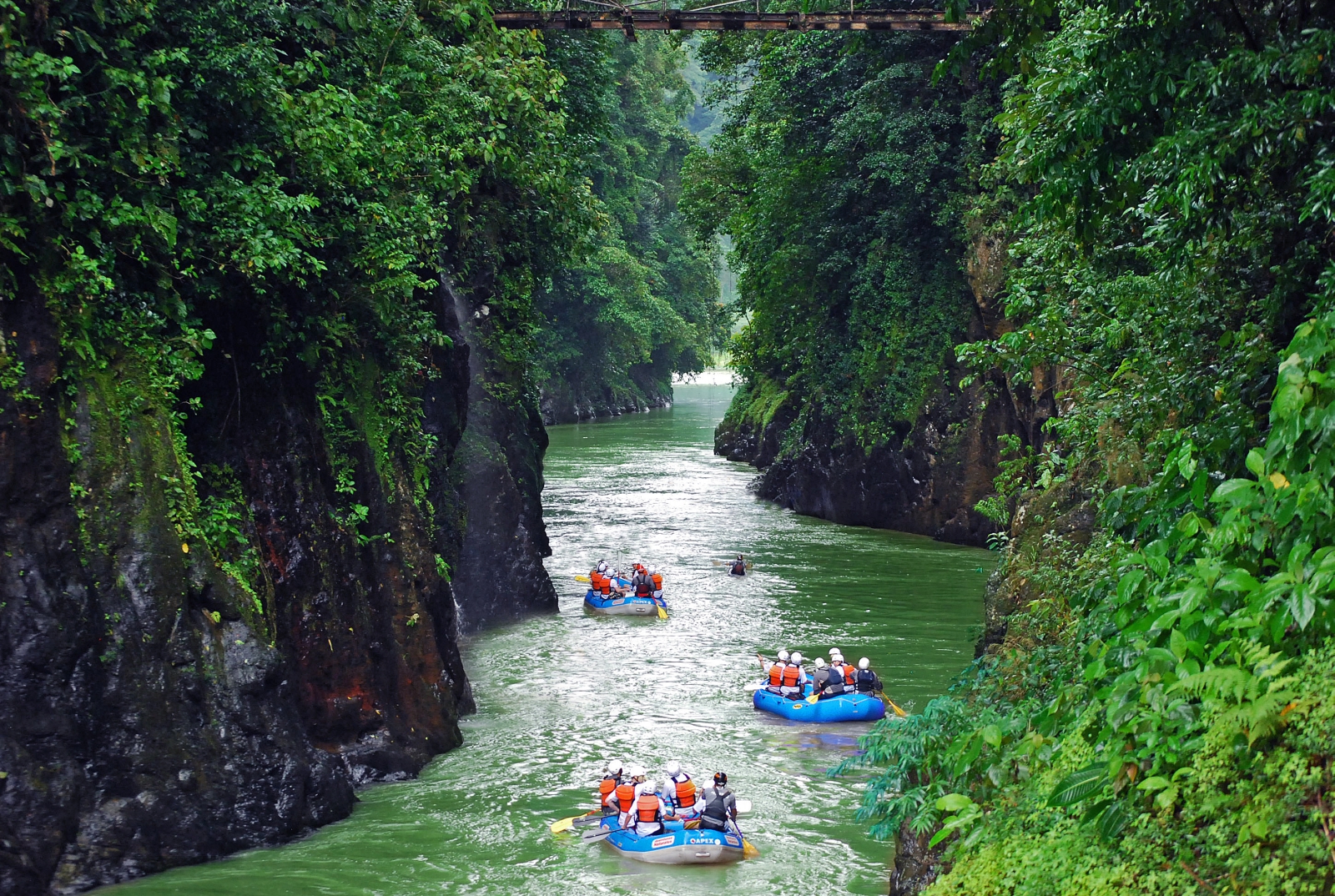 It’s hard to imagine a better place to ignite your sense of adventure than in the surrounds of the picturesque Pacuare River. Winding through the protected Tortuguero National Park, one of the best things to do in Costa Rica is undoubtedly a white-water rafting expedition down its emerald water ambushed by jungle. Head out in the cool morning air to avoid the lunchtime crowds. Armed with all the safety equipment needed and under the tutelage of a specialist guide, experience heart-stopping thrills on grades III and IV rapids that course spectacular gorges flanked by tropical jungle, intensely green from June to December.

ZIPLINING IN THE CLOUD FOREST 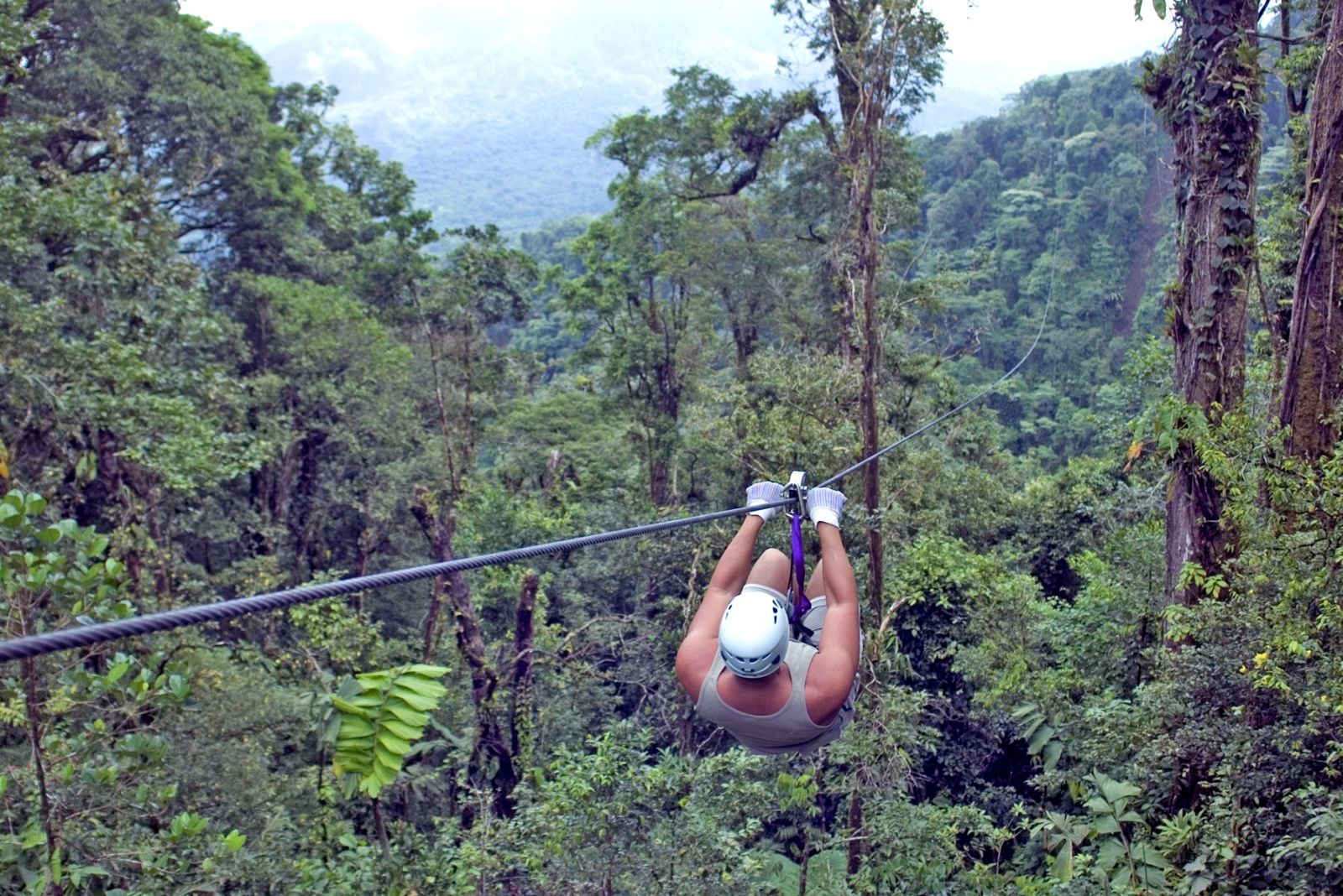 The best views of the Monteverde Cloud Forest require an intrepid mindset. A zipline course pierces the dense, green canopy rewarding thrill seekers with an exclusive bird’s eye view of the forest. Led by a professional guide who’ll help you master your harness and navigate the treetop platforms, soar down suspended cables that loom over the heaving greenery of treetops so high they skewer the mist. Along the way keep an eye out for colourful macaws and camouflaged sloths that inhabit the wildlife-filled scenery. By the end of it you’ll feel so in tune, you’ll have no hesitations rappelling down to the forest floor.

TREK THROUGH THE OSA RAINFOREST 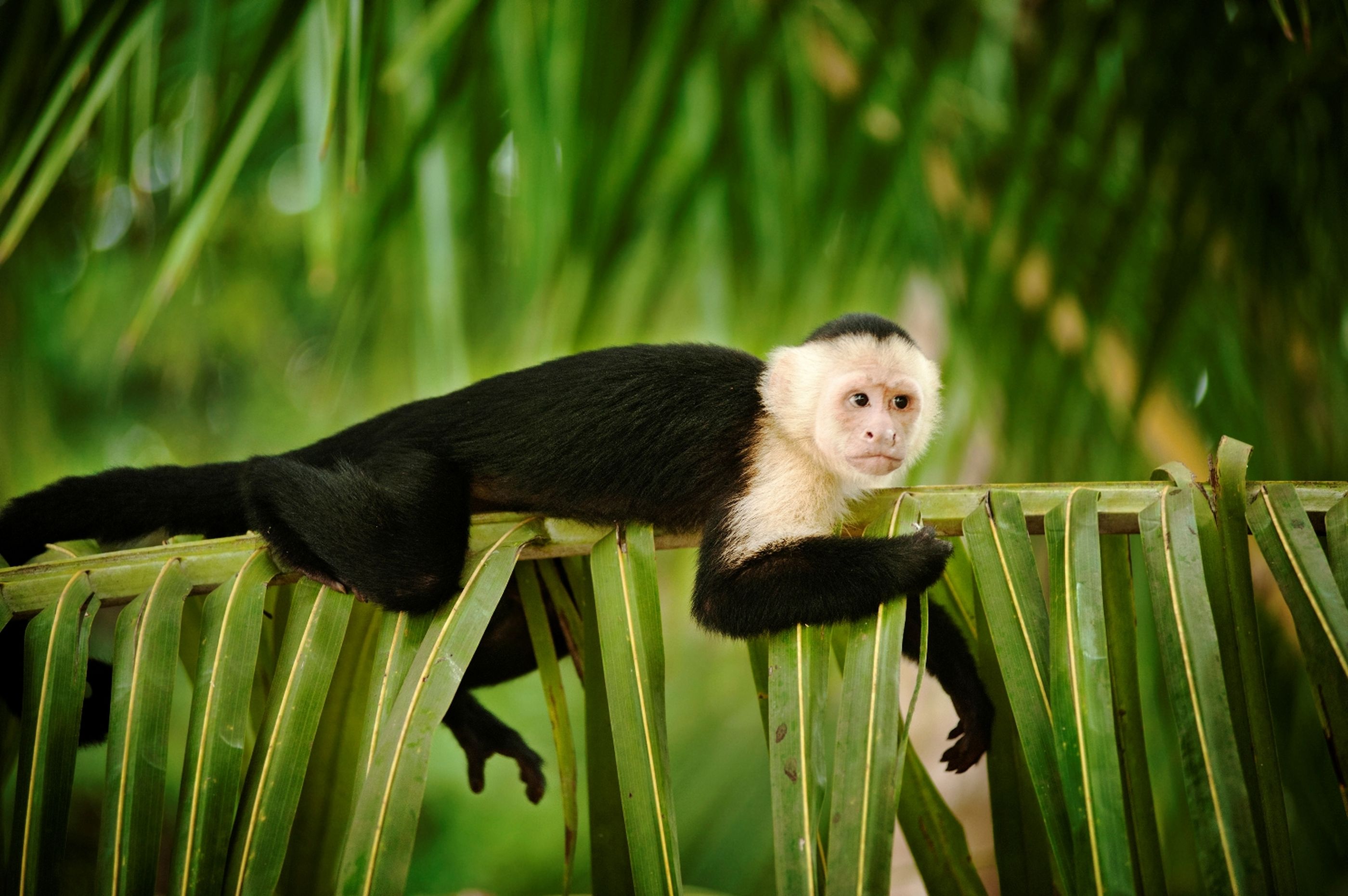 Embark on trails that wind through the verdant Osa rainforest, an important hotspot of biodiversity. Choose from a range of treks that help you explore the huge range of flora and fauna from the Pargo trail, a two-mile riverside trek, to the Catarata route finishing at the hidden La Leona waterfall where you can cool off in deep blue natural pools sheltered by rocky canyons. You’re in the company of a naturalist guide, the key to this experience, who will help you decipher the various wildlife from squawking parrots and white-faced capuchin monkeys to short-snouted pig-like tapirs. Break for lunch on a wild beach.

A SAFARI IN THE TORTUGUERO NATIONAL PARK 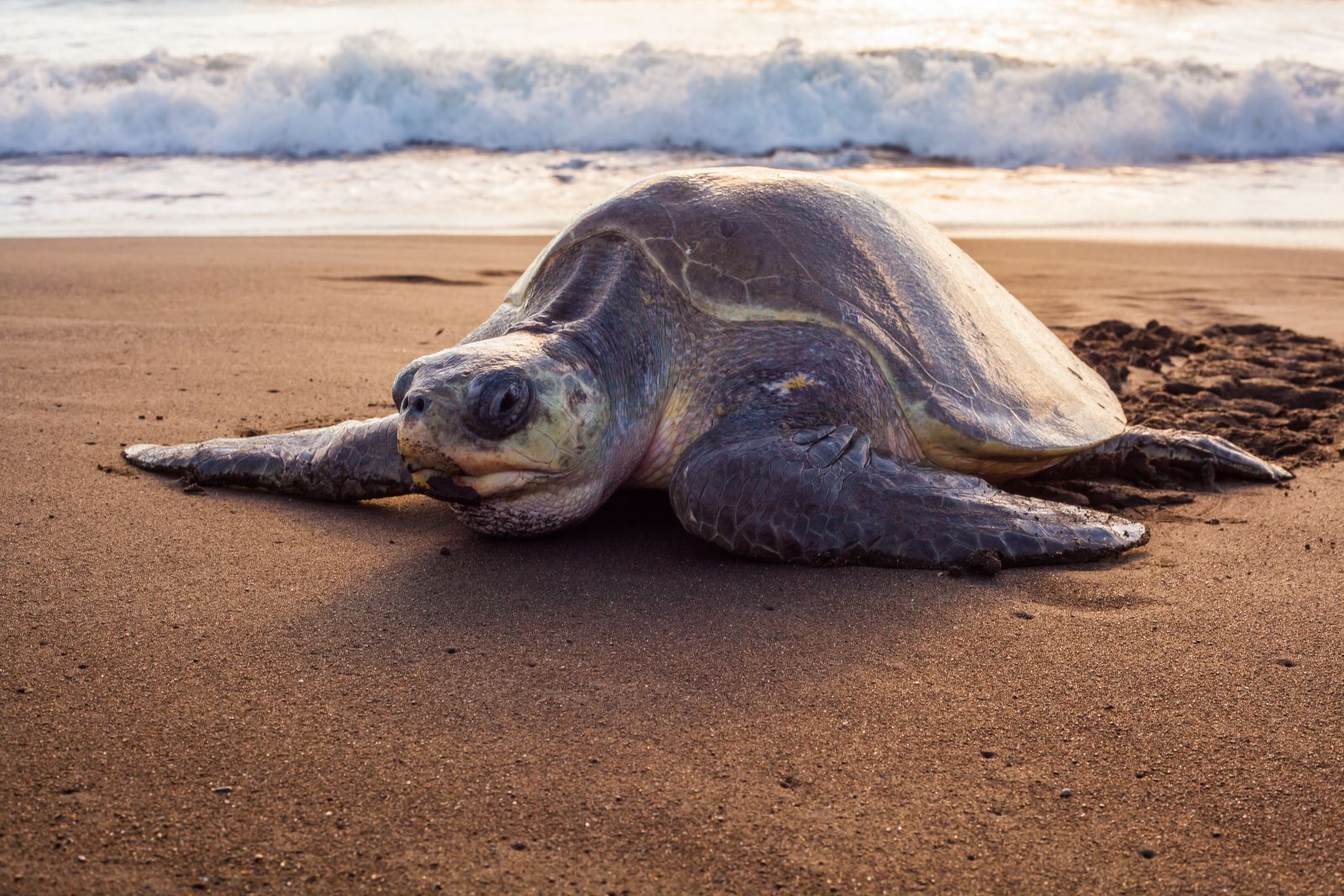 Go animal spotting with a nature expert in the Tortuguero National Park, lauded for its flourishing wildlife. Trawl the 22-mile long palm-fringed beach known for its spectacles of breeding hawksbill and leatherback turtles dragging their often behemoth bodies over the volcanic, black sand. Boat rides in the network of canals reveal sightings of drifting manatees and crocodiles basking in the water. Further inland, you can trek through the rainforest to see sloths and howler monkeys residing in the treetops as well as hundreds of colourful bird species. Or perhaps you’ll see the flash of rosettes on an elusive jaguar, Costa Rica’s only big cat. 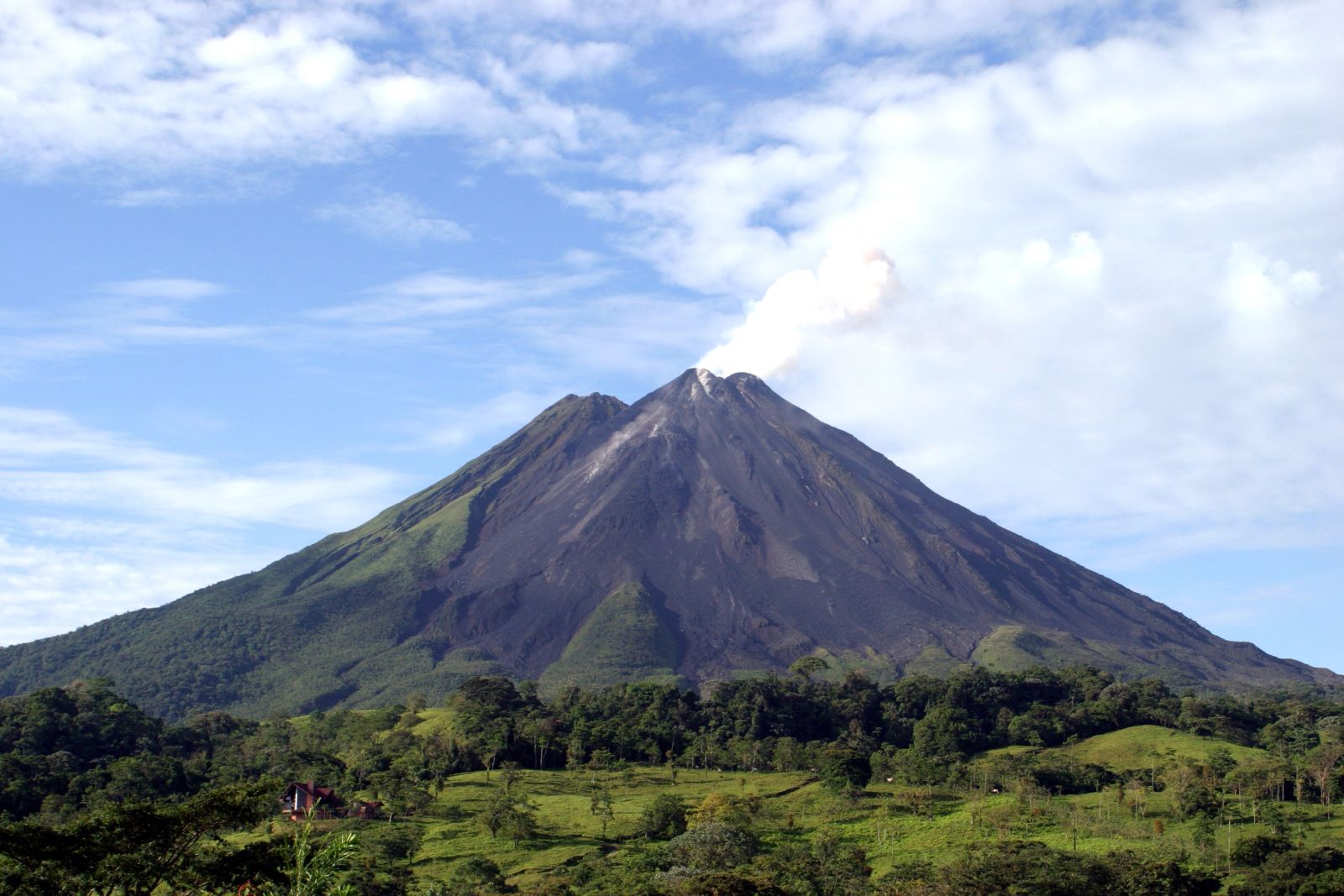 Another bucket-list experience in Costa Rica inovolves a hike along the base of the Arenal Volcano. Some of the most privileged vistas unravel around its rainforest-clad base along fields of bulbous black lava rock leftover from its last eruption in 1968. Absorb powerful scenes of Arenal’s towering, perfectly conical shape in a surprisingly serene atmosphere given the volcano is still active. All the while you’ll take in giant ceiba trees, encroaching vines and punctures of colour from hanging bromeliads as well as incredible birdlife which you can spot with the help of a local guide.

A NOCTURNAL WALK IN THE CLOUDFOREST 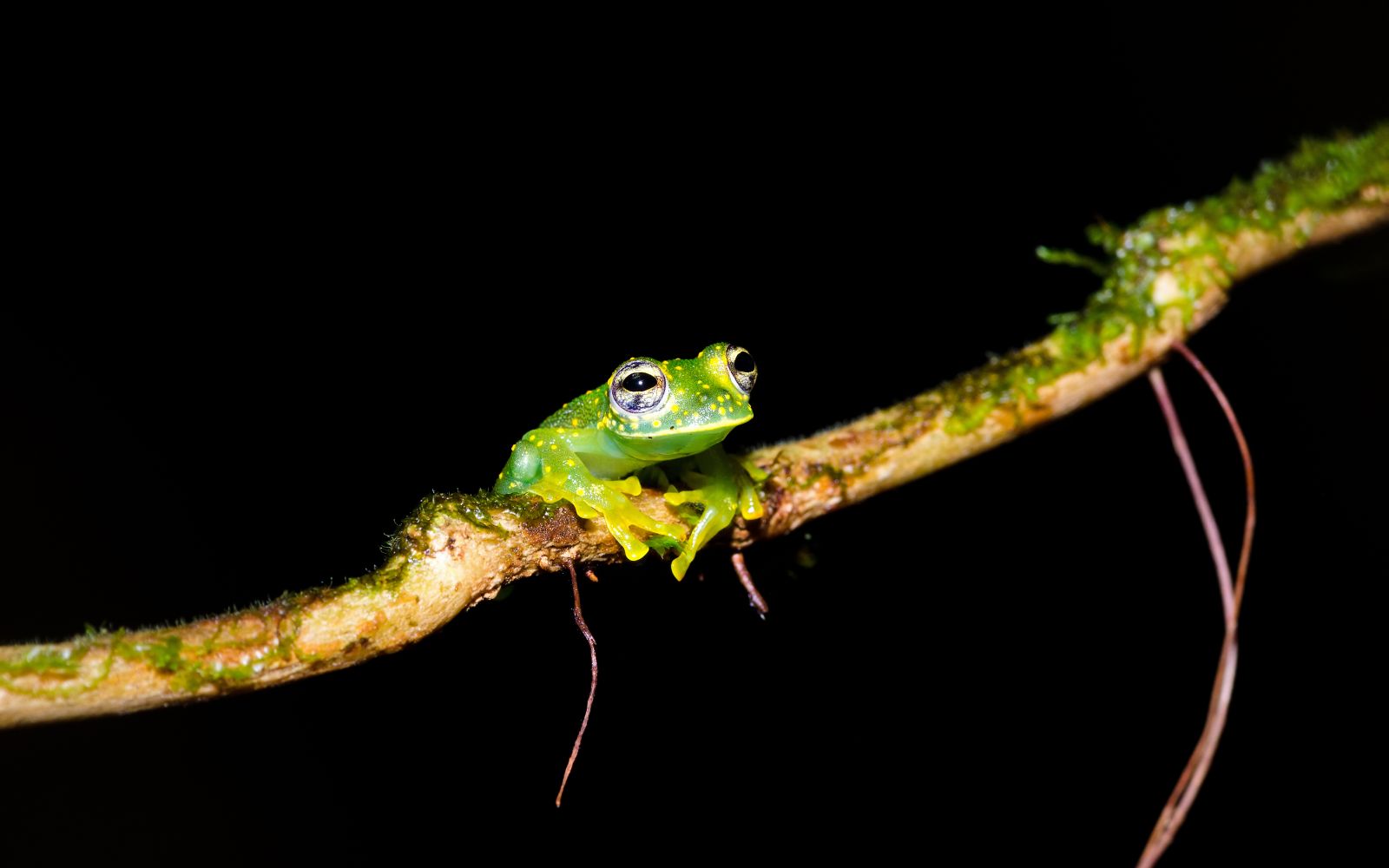 Out of all the things to do in Costa Rica, a walk in the Monteverde Cloud Forest in the deep inky night is not one to be missed. As the sun slips away and the evening descends, steal out from your mountain lodge armed with a torch and in the company of a naturalist guide roaming the tropical vegetation which feels like yours alone to explore. There’s every chance you’ll spot many of the cloud-forest creatures, eighty percent of which are nocturnal including armadillos, sedentary two-toed sloths and kinkajous, small honey-eating primates often seen hanging by their tails in the branches. 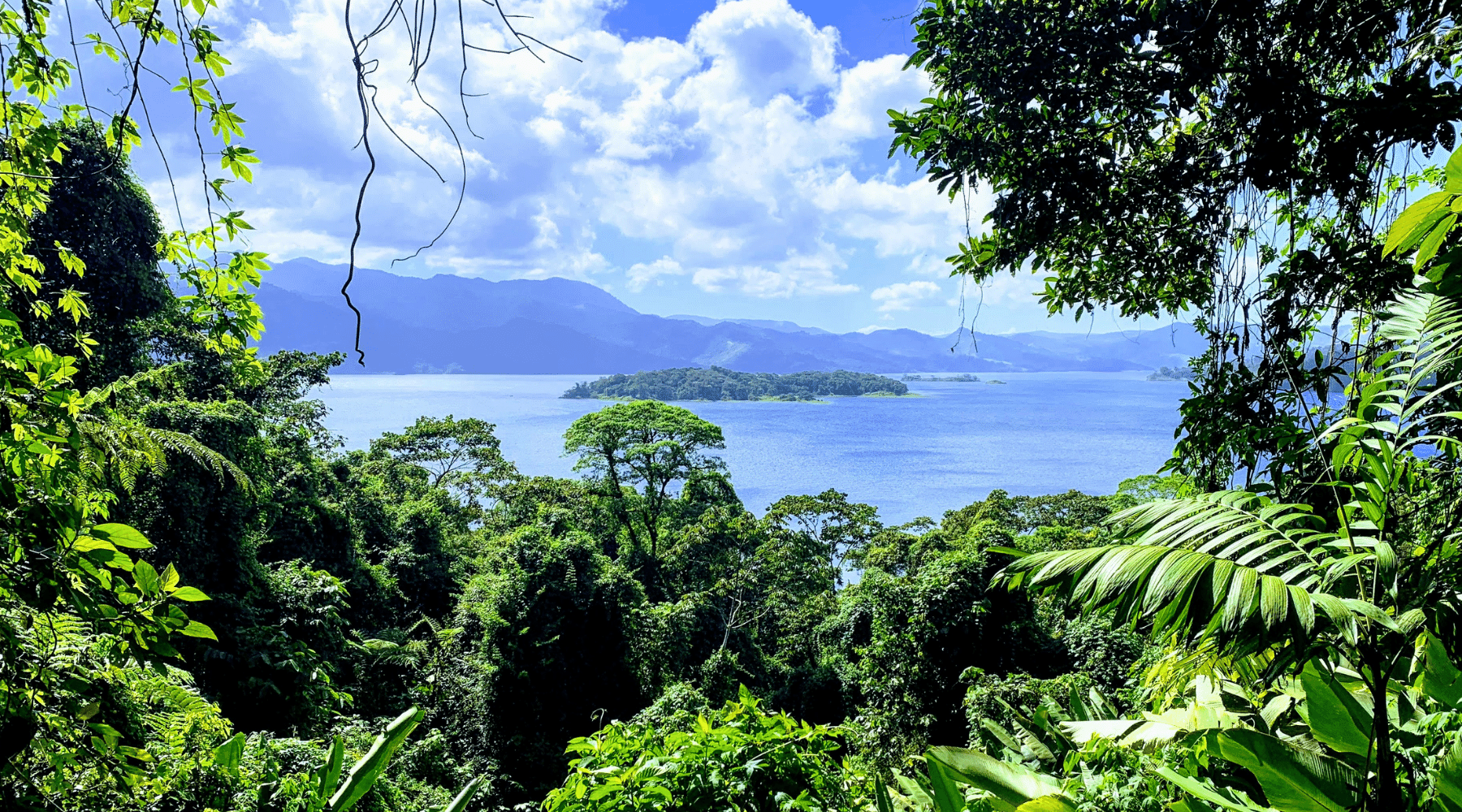 Take a kayak out on Costa Rica’s largest lake covering 33 square miles of deep blue water boasting a picturesque backdrop of Arenal Volcano. Choose from a one or two-man kayak and after a briefing from a specialist on how to use your equipment, paddle out in the eastern tranquil waters near the hydroelectric dam, built in 1979 and responsible for around twelve percent of the country’s electrical energy. You’ll visit the several forested islets and secluded bays where you may spot vividly coloured kingfishers and darting flycatchers while nearer shore verdant rural farmland unfolds often frequented by howler monkeys.

To find out more about the bespoke experiences we can arrange, or to plan your luxury holiday to Costa Rica, get in touch with our Latin America specialists on +44 (0) 1242 787 819.