Make the most of a luxury holiday to Laos with these unique experiences, all of which aim to get you under the skin of one of the most mesmerising and ethnically diverse countries in southeast Asia. 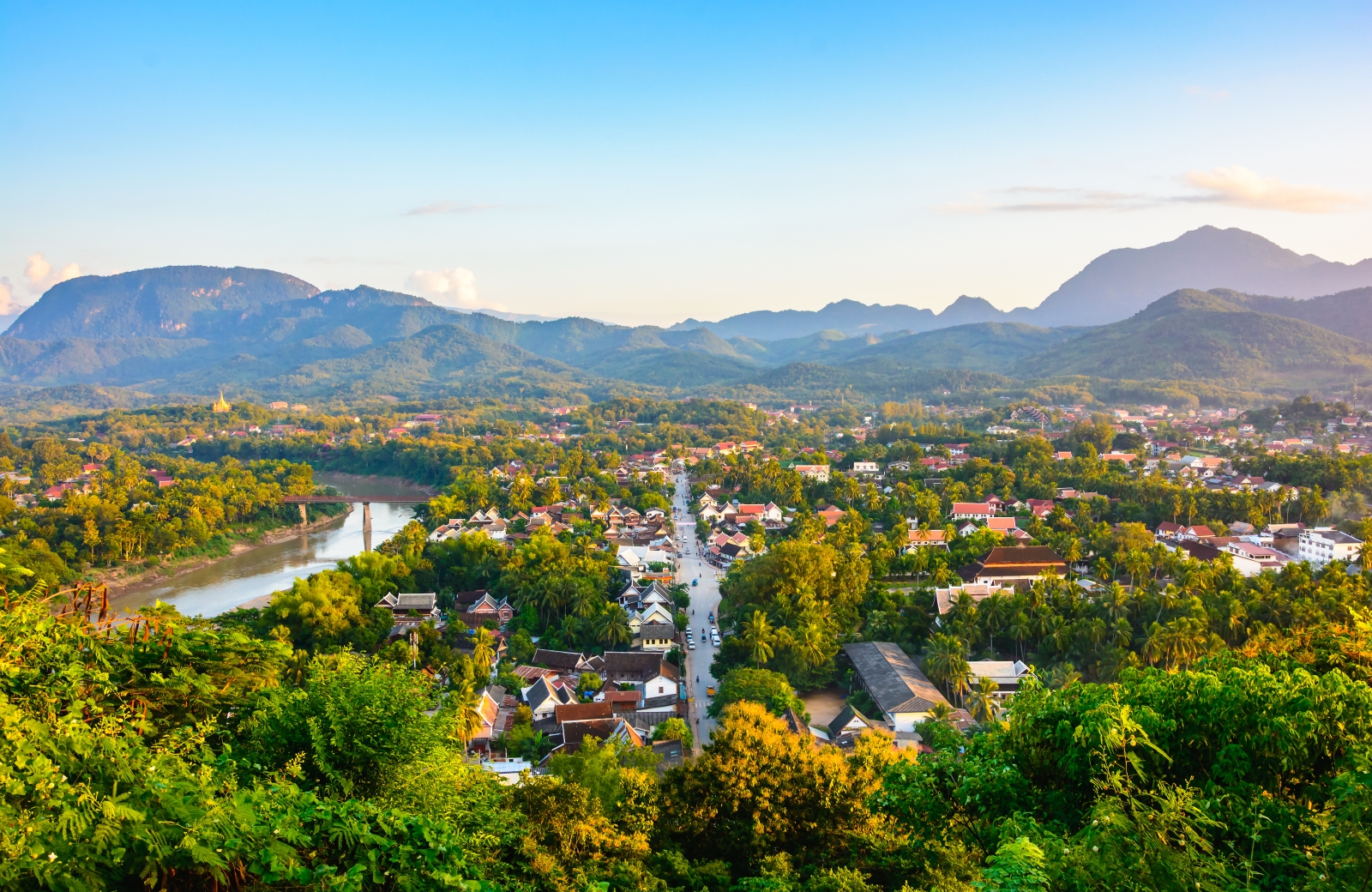 Awarded UNESCO-protected status in 1994 in recognition of its rich architectural and artistic heritage, beautifully-preserved Luang Prabang’s old-fashioned charm is perhaps the city’s most defining feature. And for history buffs, there’s no better tour guide than Dr Francis Englemann, a writer and UNESCO-consultant who has lived in Luang Prabang for over two decades and was instrumental in securing World Heritage status for Laos’ ancient capital. Join Dr Englemann on a walking tour of the Old Town and its hidden backstreets to admire the city’s mish-mash of French colonial and traditional Laotian architecture, stopping to marvel at glittering royal palaces and Buddhist temples. Dr Englemann will share his peerless knowledge of Luang Prabang, and you’ll gain a fascinating insight into Laos’ history and people. 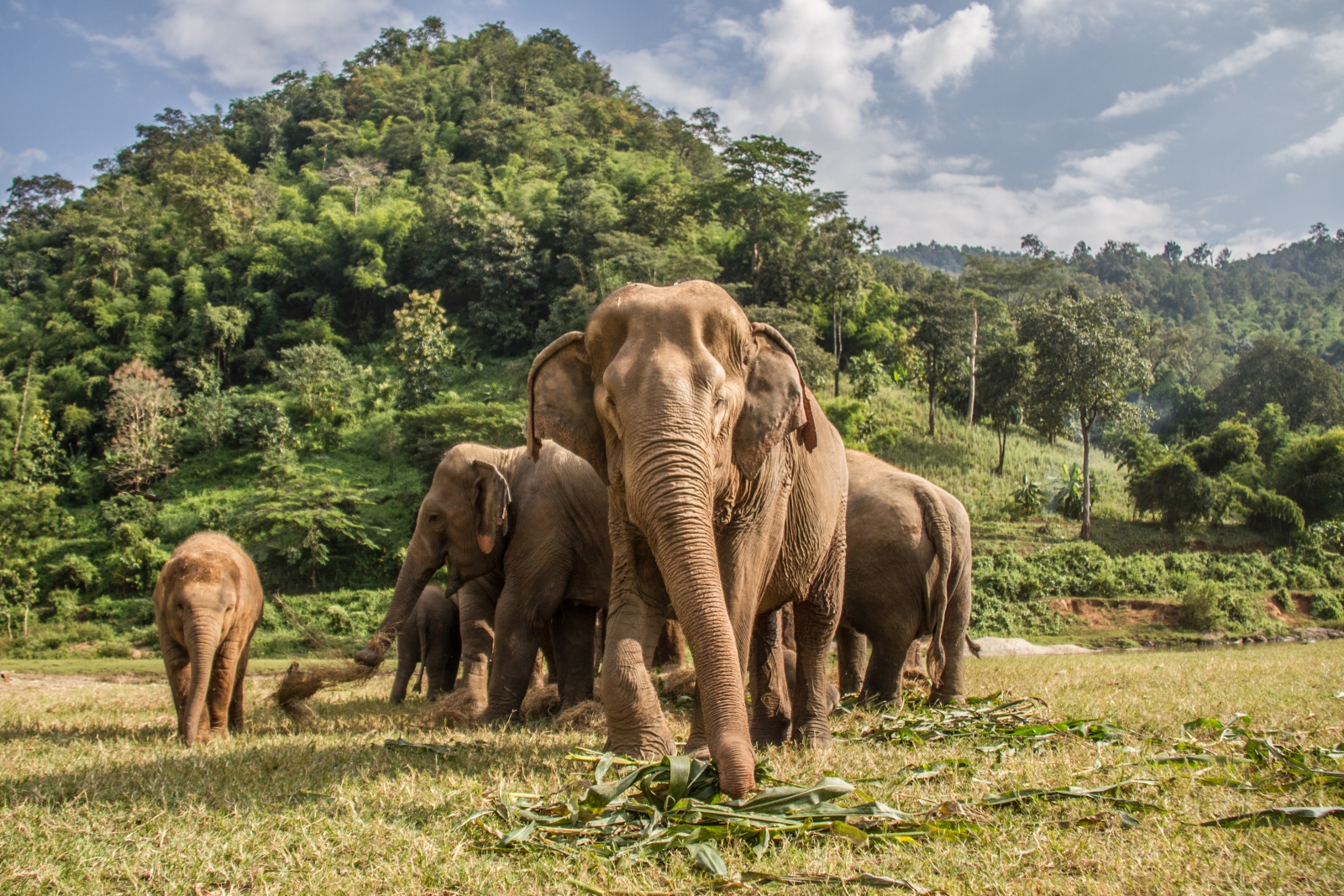 Laos is often referred to by the moniker ‘Land of a Million Elephants’, and once upon a time, these majestic creatures roamed freely throughout the country. Today, there are thought to be just 700 elephants left in Laos, and MandaLao Elephant Sanctuary – which protects wild and captive elephants rescued from the logging industry and riding camps – is the best and most ethical place to interact with them in them in their natural habitat. A short drive from Luang Prabang, you’ll head deep into the jungle to join the elephants on a gentle trek through thick forest and rice paddies, stopping to feed, wash and play with them under the guidance of their mahouts. A full day visit includes a delicious lunch in the rainforest and a refreshing dip in the wonderfully remote Tad Kuang Song waterfall at the end of your jungle adventure. 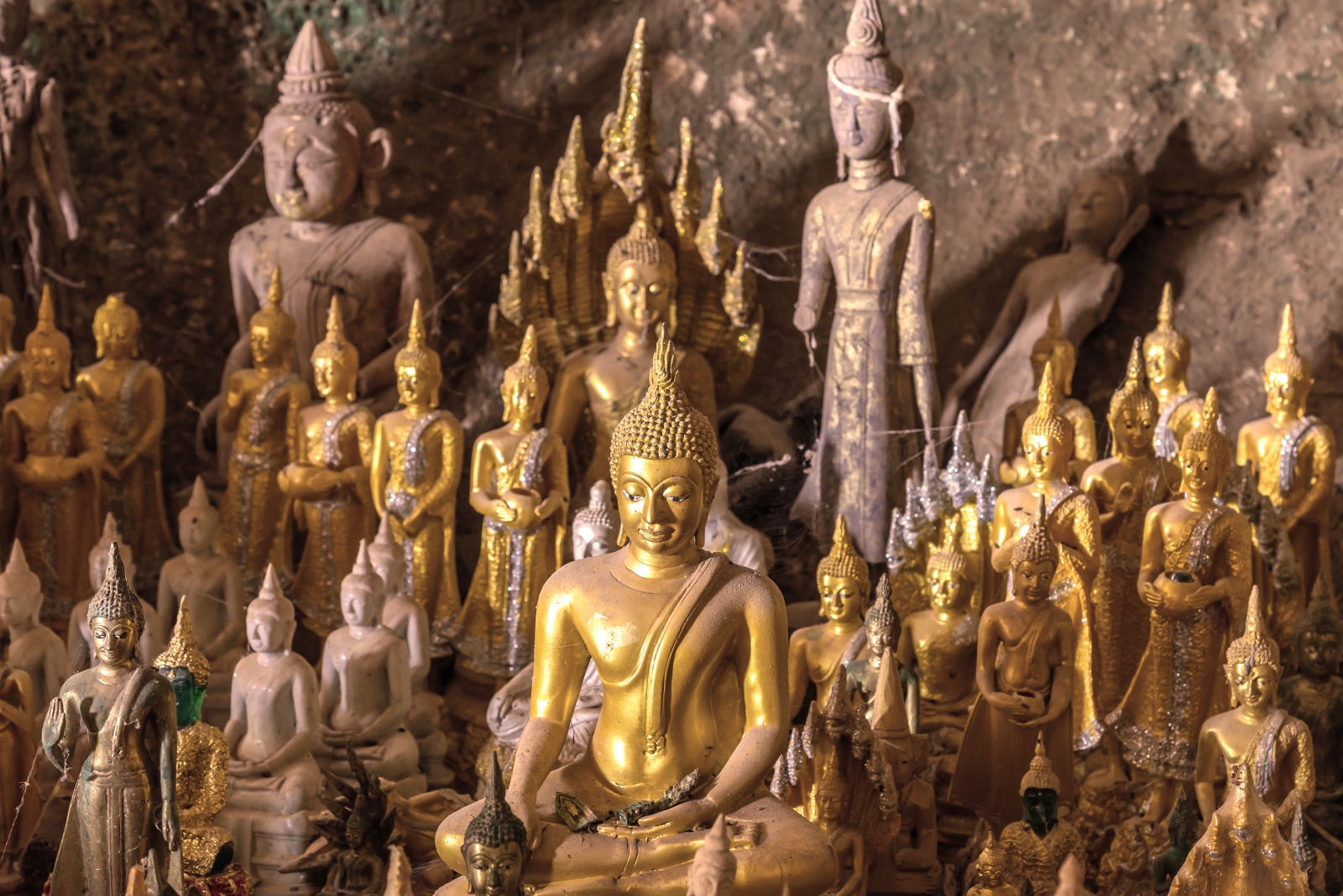 Travel two hours upstream from Luang Prabang on a relaxing boat trip to visit the sacred Pak Ou caves, an important Buddhist pilgrimage site tucked away in the cliffs at the confluence of the mighty Mekong and Ou Rivers. Filled to the brim with thousands of gold Buddha statues, the caves are believed to be inhabited by the spirits of the rivers, and locals have been flocking to the Buddhist shrine for hundreds of years to wash the statues, burn incense and offer prayers (the caves are considered a particularly important place of worship during Lao New Year in April). After touring the mythical chamber, stop off at the nearby village of Ban Xang Hay – best-known for its production of potent home-brew whiskey and colourful textiles, it’s the perfect spot to pick up a few souvenirs to take home. 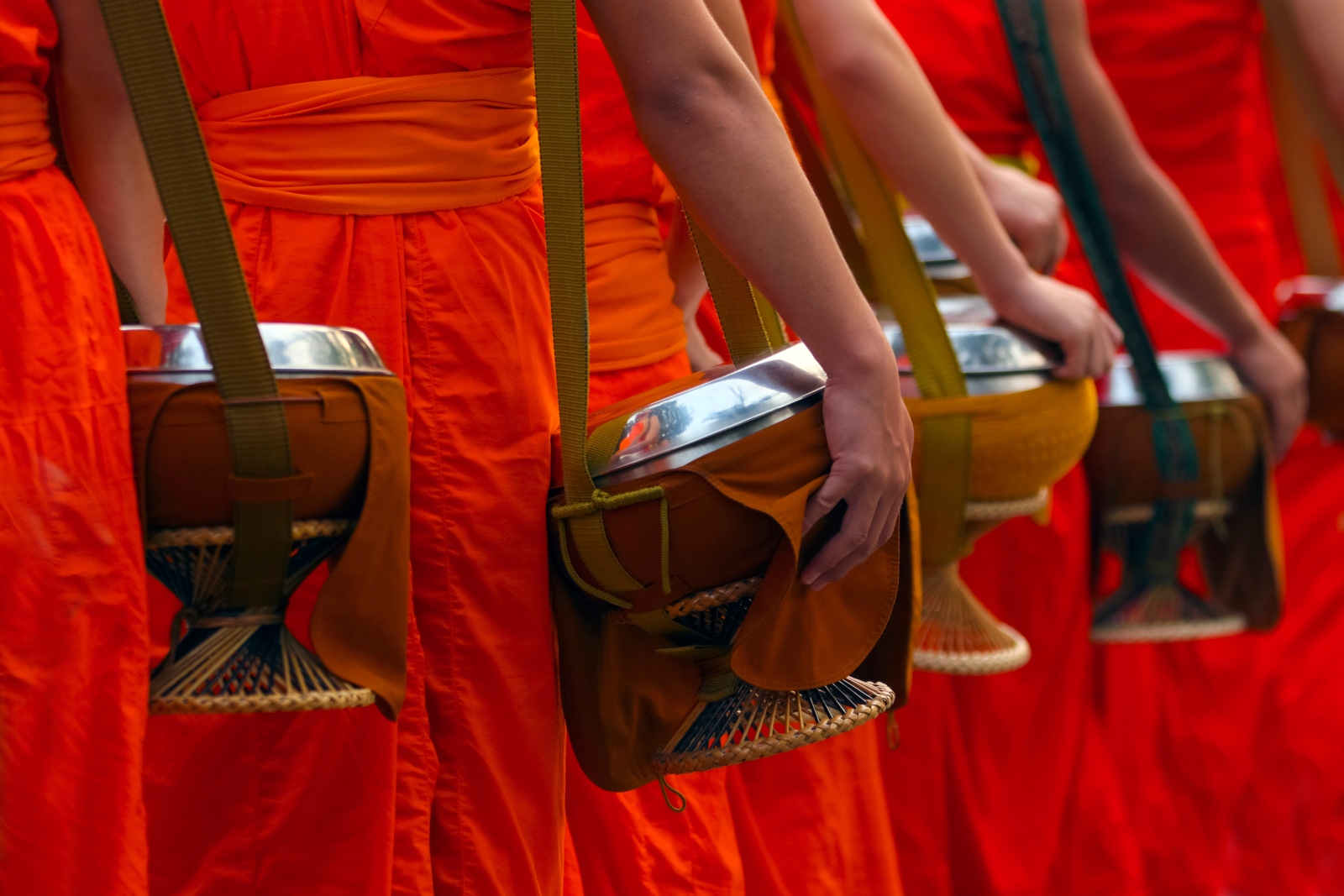 It's easily one of the most enduring images of Luang Prabang: rows of silent monks padding meditatively through the misty streets in their saffron-orange robes collecting offerings from almsgivers. And it’s well worth the early start to witness this captivating, time-honoured tradition for yourself, which sees locals line the pavements each morning at sunrise, poised to place handfuls of sticky rice in the lidded bowls slung over the shoulders of monks from temples all over the city. Aside from the occasional muttered prayer or blessing, the ceremony takes place in complete silence, and so it’s vitally important to remain at a respectful distance while taking in the magic of this sacred Buddhist tradition. 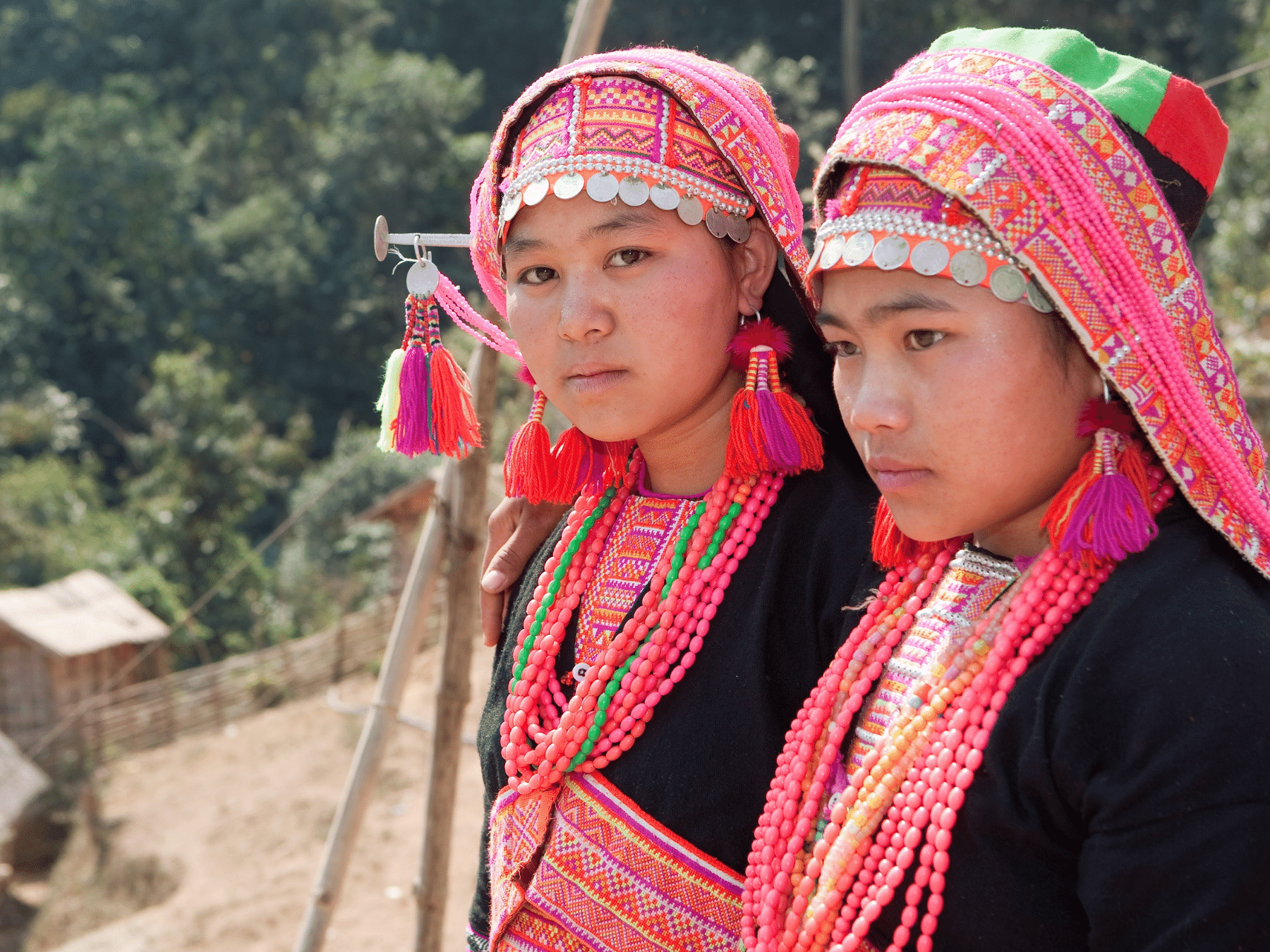 A curious patchwork of cultures and identities, Laos is home to over one hundred different ethnic communities. Perhaps the most reclusive and mysterious of them all is the Ikho people, a hill tribe found high up in the tiny mountain villages of Laos’ northern reaches. Originally from Tibet and China’s Yunnan province, villagers live in simple bamboo huts and make their colourful clothes using natural dyes from the region’s indigenous plants, their lives deeply steeped in animistic beliefs that dictate all people, objects and natural phenomena have a spirit. Scarcely-visited by tourists, their villages remain largely untouched by the outside world, and it’s a real privilege to step back in time and see a snapshot of the Ikho people’s extraordinary lives. 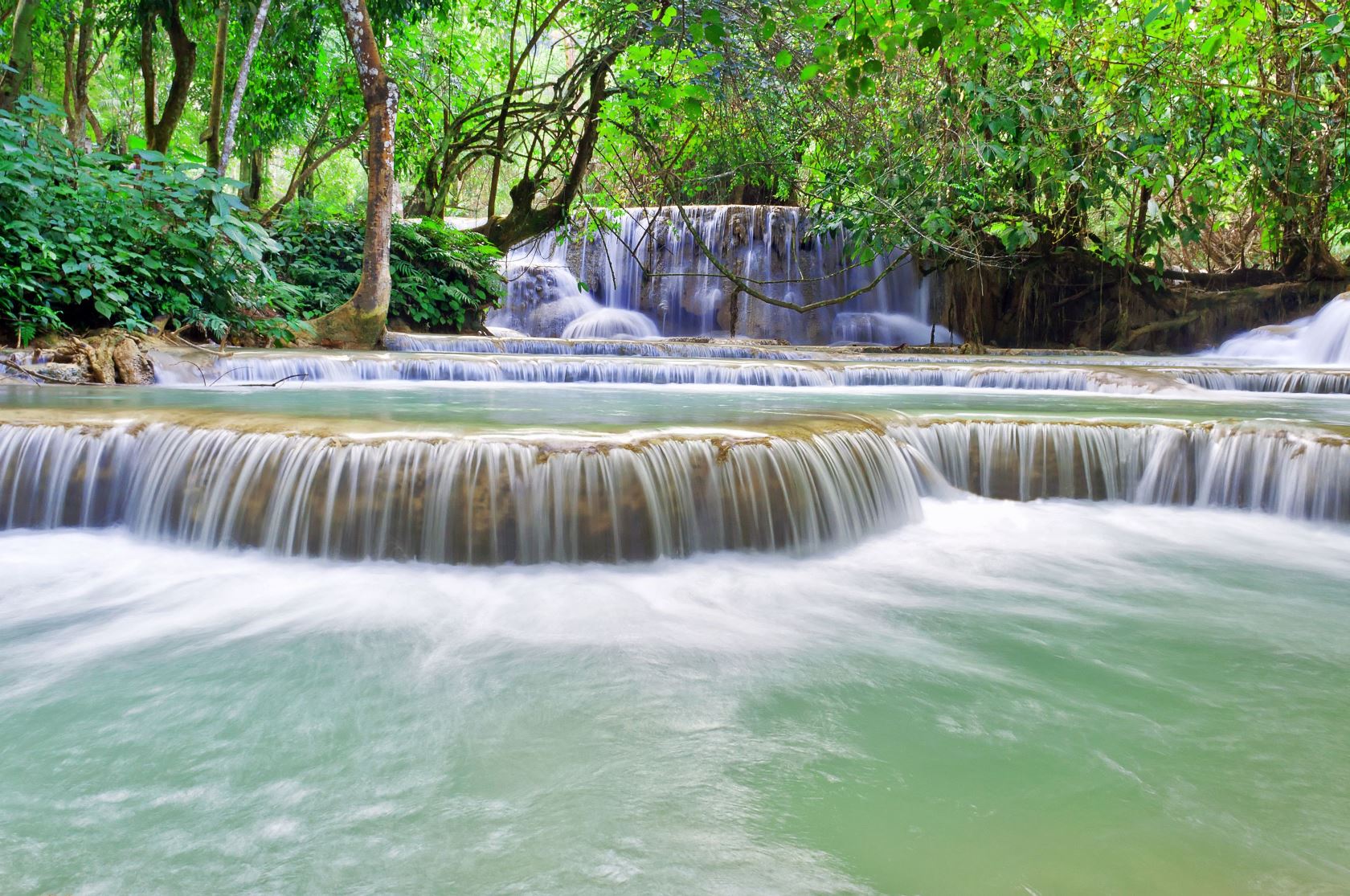 Set in the dense jungle close to Luang Prabang, the Kuang Si Falls are arguably the most beautiful in Laos. Here, milky-turquoise water tumbles from the thick jungle canopy into a series of picturesque tiered limestone pools, some of which are so beautiful they’re considered sacred by locals. Come early in the morning to swerve the crowds and enjoy a swim in the falls’ deep lagoons and shallow paddling pools while soaking up their natural beauty. It’s well worth braving the climb to reach the main event, Kuang Si (the wooden bridge beside the waterfall is ripe for a photo opportunity), while trekking even further to the top rewards visitors with superb views of the surrounding forest. On the way out, drop in at the bear sanctuary next to the falls – home to 23 highly endangered rescued Asiatic Black Bears, it’s a delight to watch the animals play happily in their enclosures. 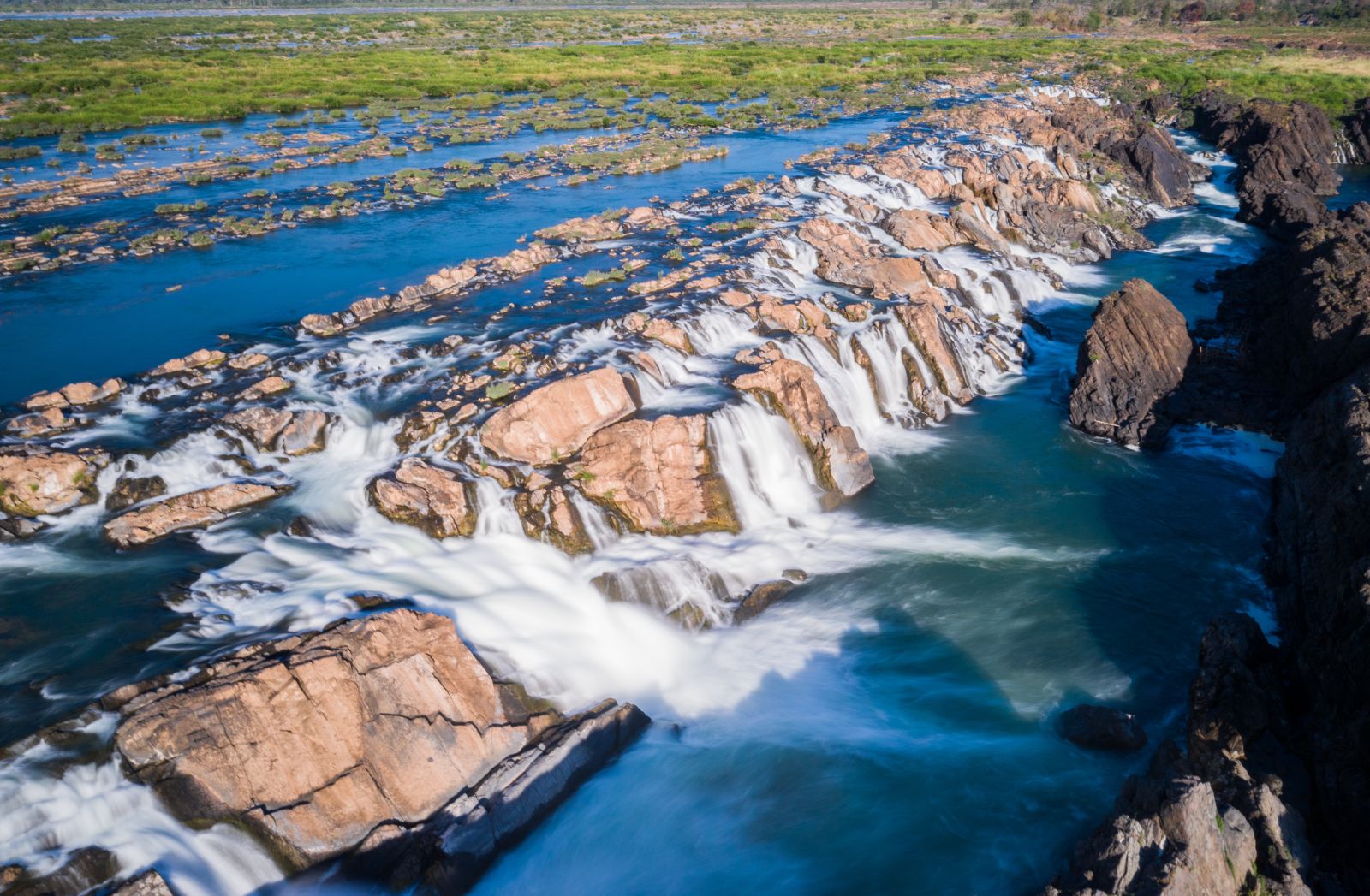 A tangled archipelago of tiny islands and sandbars marooned in a pocket of the Mekong close to the Cambodian border, Si Phan Don (or the 4,000 islands) is the closest you’ll get to the beach in landlocked Laos. Only a handful of the islands are inhabited, so it’s easy to get off the main tourist route by cruising from island to island, keeping your eyes peeled for sightings of the incredibly rare Irrawaddy dolphin along the way. Soak up traditional riverside life on the network of bicycle trails that loop their way around the islands, pottering along jungle paths, cruising through paddy fields and stopping to admire the faded grandeur of the colonial villas left behind by the French and the thundering rapids of Khone Phapheng, one of the widest and most formidable waterfalls in the world. 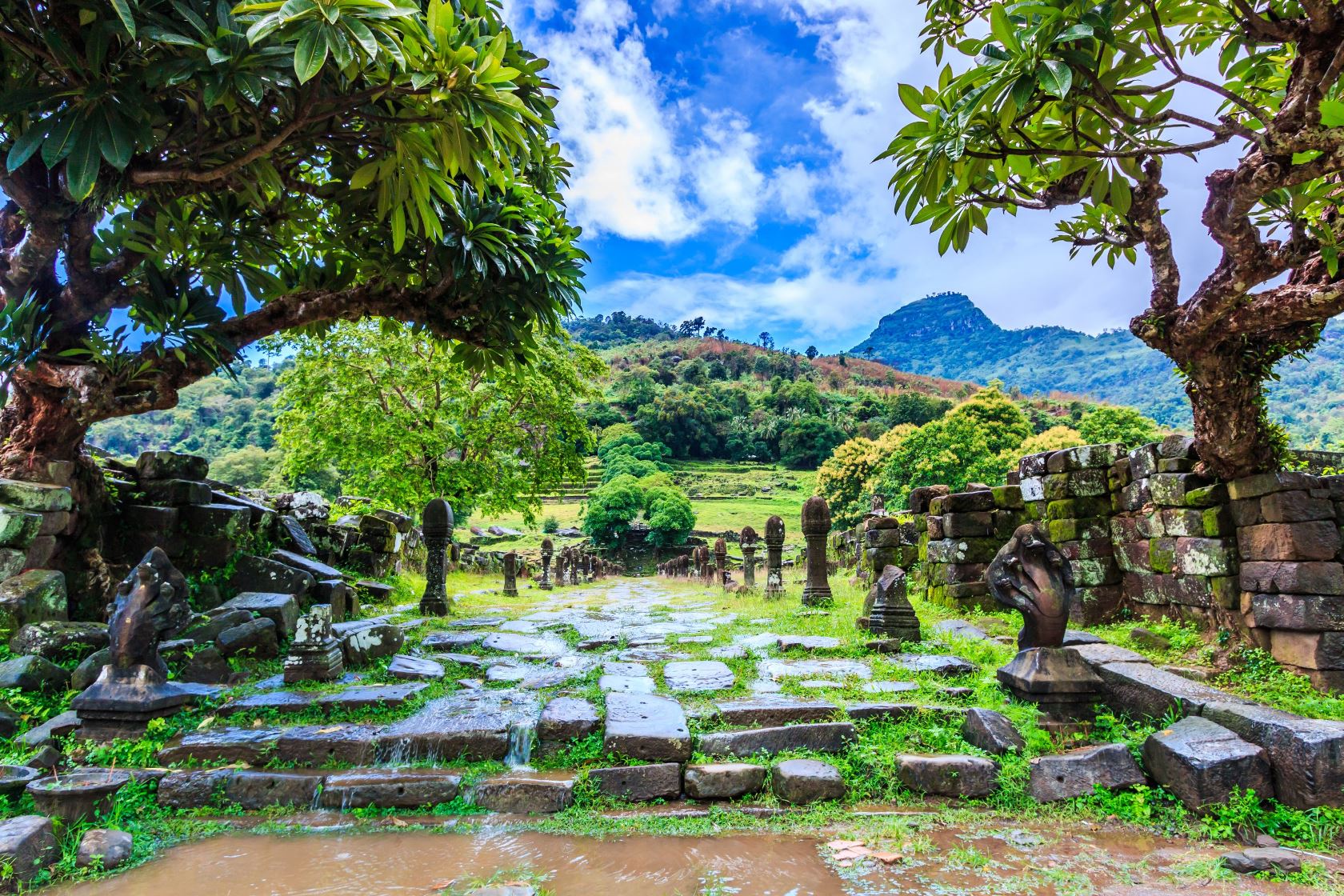 Visit UNESCO-protected Wat Phou on a private tour, spending a morning or afternoon exploring the magnificent Khmer temple and enjoying the serenity of its breathtaking setting, framed by Phu Kao mountain above and the vast watery plains of the Mekong below. Dedicated to the Hindu god Shiva, the temple was built between the 10th and 11th centuries but the foundations are thought to date back as far as the 5th century, making Wat Phou older than Angkor Wat – and during your tour, you’ll uncover the remains of ancient palaces, courtyards and intricate carvings. When Buddhism became the dominant religion in Laos, Wat Phou was soon converted into a Buddhist monastery, and it’s still considered an important pilgrimage site for worshippers as well as the centre of a lively three-day religious festival which coincides with the February full moon.

This cultural visit will take you to the home of Tiao Nithakhong Somsanith, a descendant of the former Luang Prabang monarchy and an internationally-acclaimed embroiderer. Following years of exile in France, Tiao returned to Laos in 2005 and now works on educational community projects to promote and conserve Laos’ cultural heritage and ensure traditional Laotian art forms continue to be passed down to the next generation. We will arrange a visit to Tiao’s studio, where the revered artist will entertain you with anecdotes of his ancestors and childhood before leading a hands-on workshop introducing you to Laotian stencilling, flower arranging and watercolour painting.