From exploring the buzzing capital of Thimpu to discovering the mountain valleys of Ura, Chumney and Tang, Bhutan is a destination which is full of surprises. 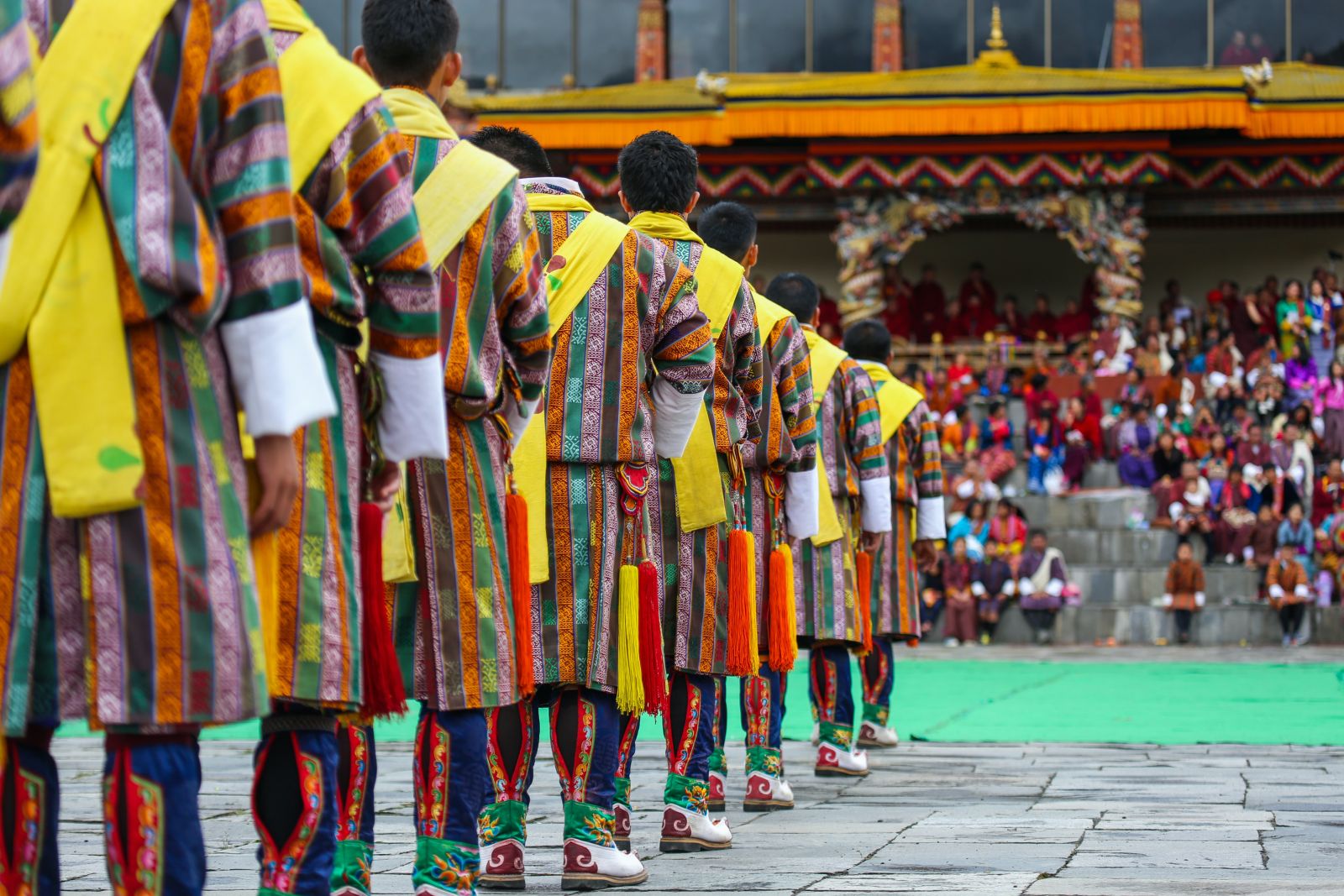 Bhutan’s capital and economic centre is also the first stop on the itinerary for many travellers. A handful of key fortresses are scattered throughout the country but the 12th-century Tashichho Dzong stands-out as being particularly impressive. It is now the location of the current fifth king’s office and is decorated with traditional thangka paintings. Other things to do in Thimphu include visiting the huge golden Buddha Dordenma statue with a meditation hall underneath (Buddhism was first introduced to the country by Indian Guru Padmasambhava in the 8th-century, also known as Guru Rimpoche); strolling through the Centenary Weekend Farmers Market where stalls are stacked high with foodstuffs such as popped rice (a popular snack) and dried yak’s cheese; and browsing traditional textiles and hand carved objects at the National Handicrafts Emporium. The takin is the national animal of Bhutan and you can catch a glimpse of this goat-sheep like creature at the Royal Takin Preserve. The best places to stay are Six Senses Thimphu (nicknamed the Palace in the Sky for its hillside position above the city) and Amankora Thimphu: both are part of their own circuit of lodges. 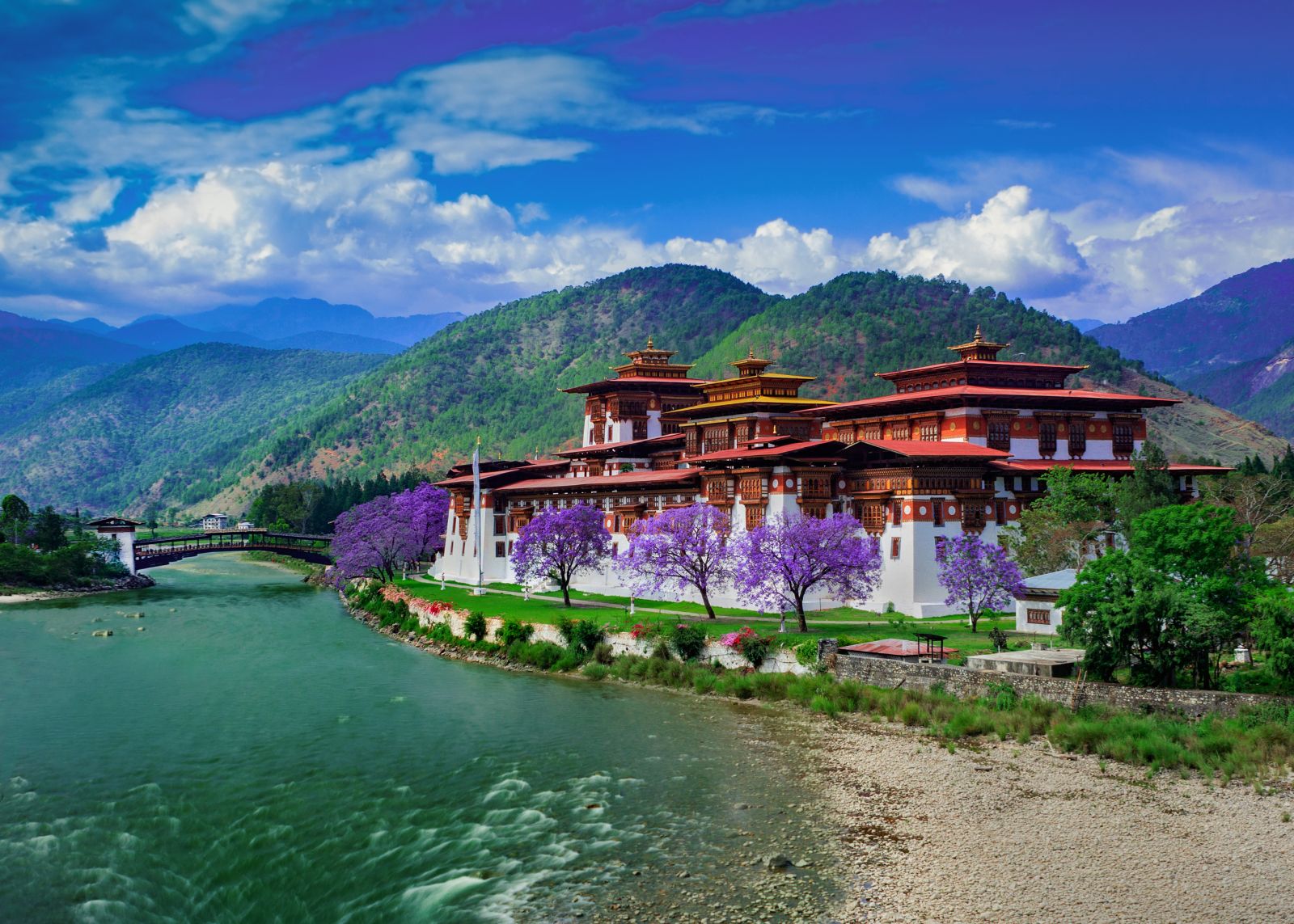 Punakha is the lowest and most lush valley in Bhutan, and, with its own microclimate, it’s often nicknamed the larder of the country. From Thimphu to Punakha most visitors drive over the Dochula Pass, where pine trees give way to a tropical canopy and terraced rice paddies. Punakha Dzong is worth a visit and listed in Bhutan’s tentative list for Unesco inclusion but there are also some incredible adrenaline-pumping activity options, including white water rafting on the Mo Chhu and Po Chhu (mother and father) rivers and hikes such as to Chimi Lhakhang, the fertility temple (on route you’ll pass shops selling large phallic symbols). The annual five-day Domche festival is held here in February/March when the unsuccessful invasion of Bhutan by Tibetans is re-enacted; a warrior dance takes place on the last day involving over 100 people in traditional dress – quite a spectacle. The best places to stay are Aman Punakha Lodge and rustic Six Senses Punakha Lodge, where a typical farmhouse was the inspiration behind the wow-factor wooden living room and bar that cantilevers over the pool. 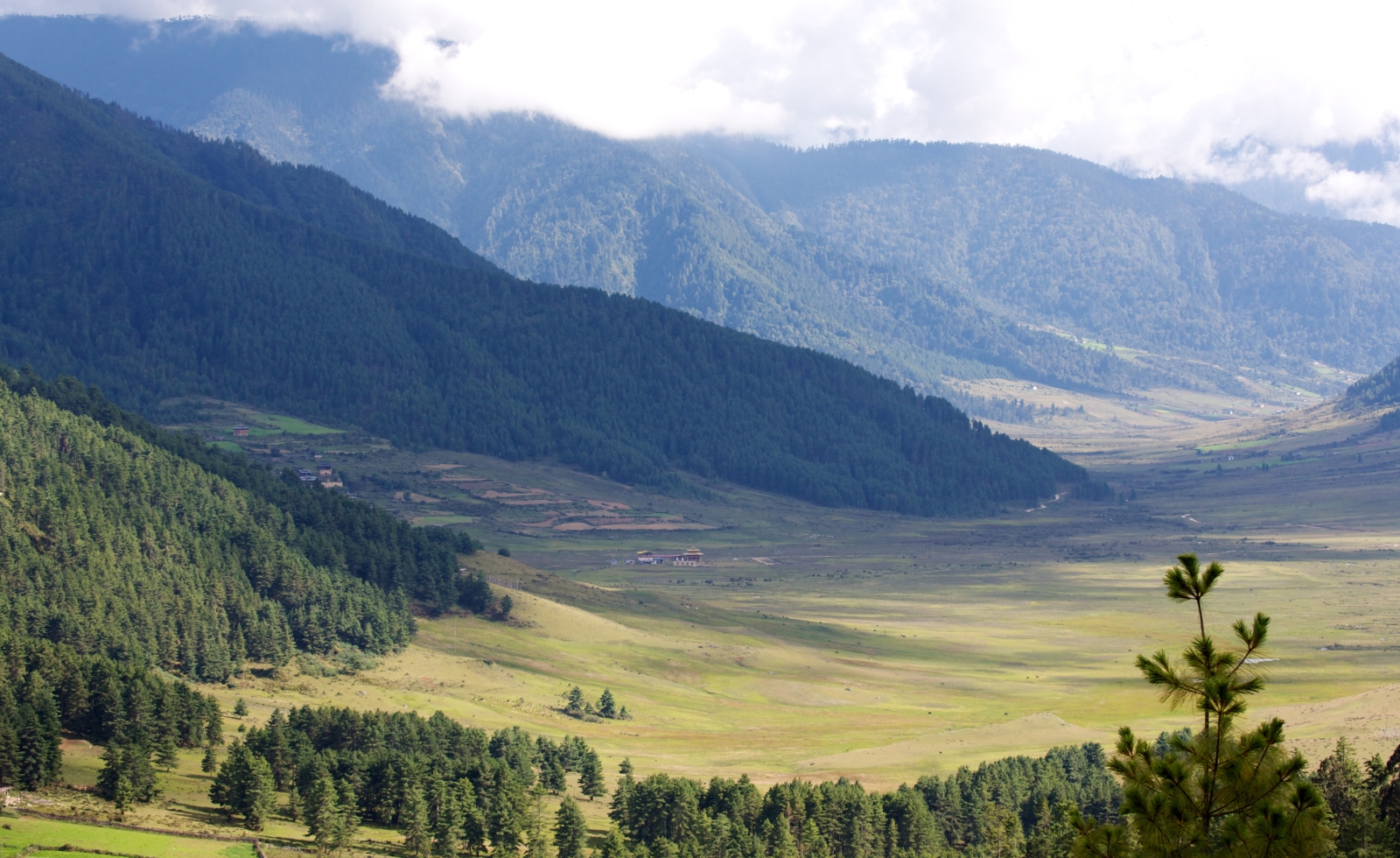 Gangtey Valley is perhaps most famous for its birdlife, especially the Black Necked Crane which has its own dedicated festival every November (see the experiences page for more detail). There are also lots of easy, low-altitude walking routes that explore the Phobjikha Valley, where you’ll find the 17th-century Gangteng Monastery built by Gyalse Rigdzin Pema Thinley, the grandson of ‘treasure revealer’ Pema Lingpa. With sweeping views of the valley, our pick of where to stay is Gangtey Lodge, which sits in front of the Gangtey Shedra monastery (see experiences for a unique way to access it). 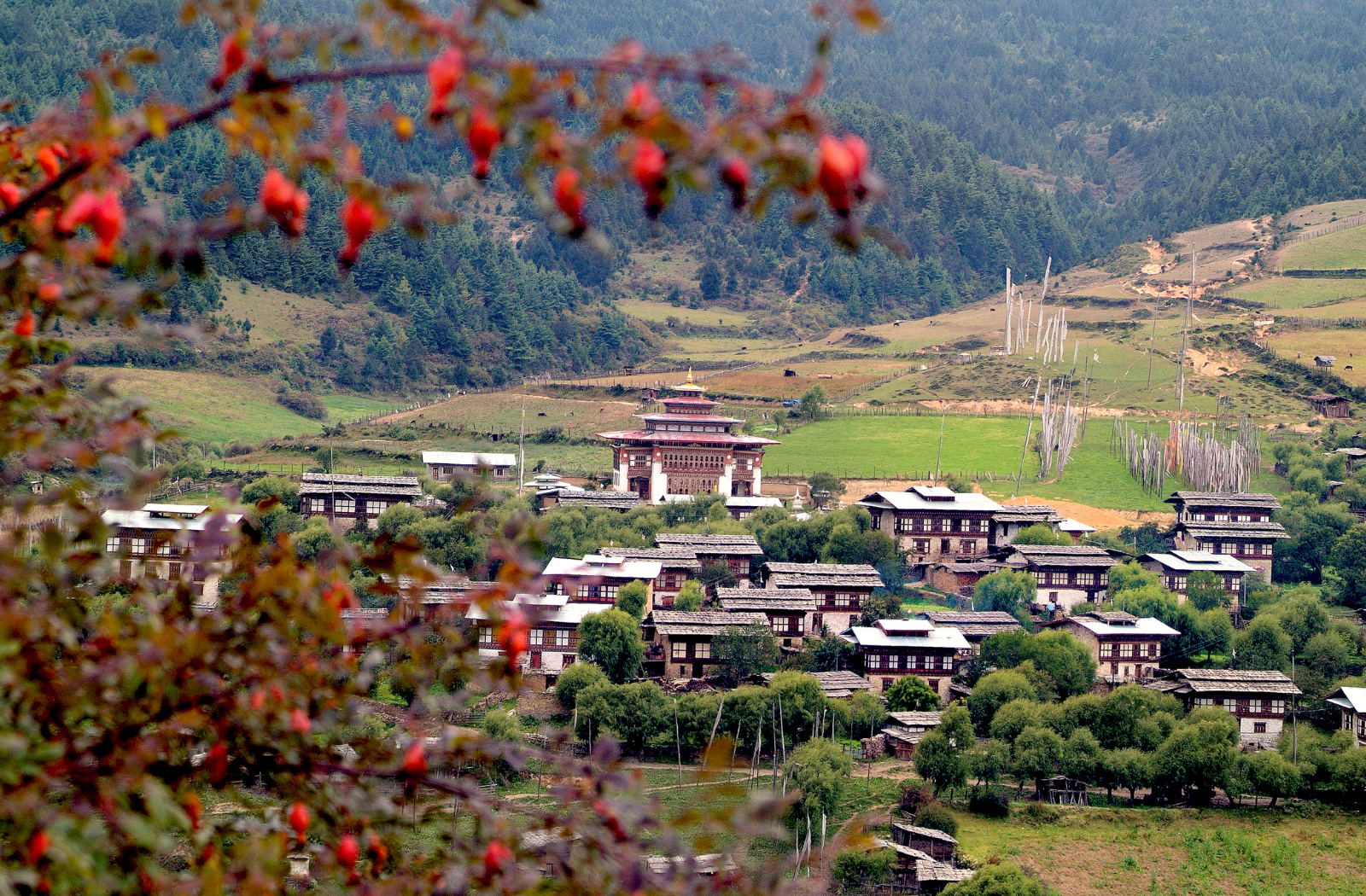 This was the last part of the country to open to tourism and is also the least developed so it feels especially traditional and untouched. The region encompasses the mountain valleys of Ura, Chumey, Tang and Choekhor. The latter is the largest of the four and home to Kurjey Lhakhang, an important place of pilgrimage as it is built around a rock on which Guru Rinpoche is said to have left an imprint of his body while mediating there in the 8th-century. Overlooking the Chumey Valley is the Tharpaling Monastery where an annual prayer is held during the first lunar month of the Bhutanese calendar. Book a suite at the gorgeous Amankora Bumthang Lodge, which sits adjacent to the Wandichholing Palace, in the Choekhor Valley town of Jakar. 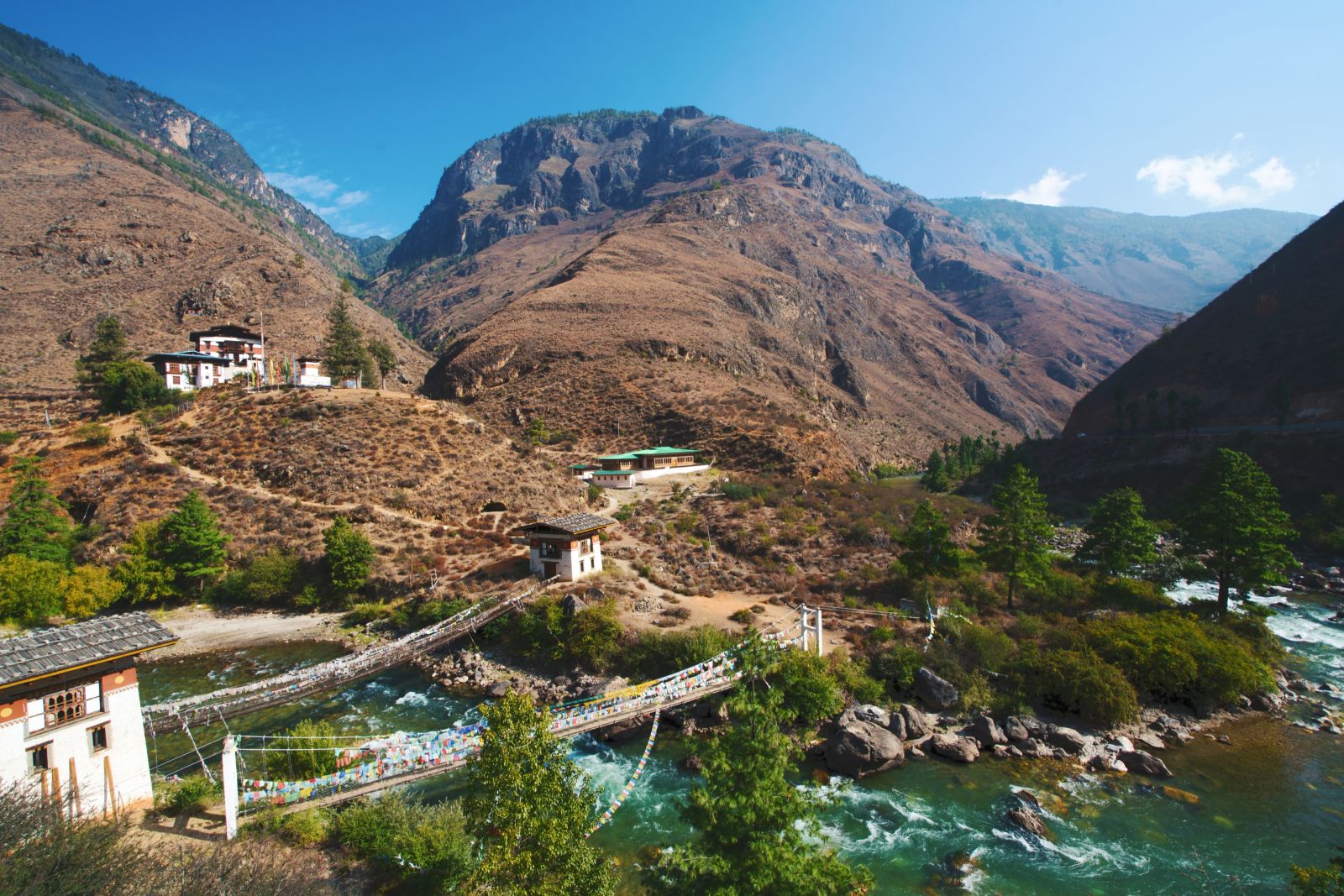 Paro is the second highest valley in Bhutan so, to allow time to acclimatise, ideally it is the last place on any Bhutan circuit. The town itself - really just one main street lined with shops selling items such as singing bowls and the softest wool shawls - is worth wandering but the majority of those who come here use it as a base to climb Tiger’s Nest, Bhutan’s most famous monastery (see experiences for more detail). Visitors can also cycle through the picturesque Haa Valley: the route is easy but a back-up guide can be arranged for those who need to rest. The best way to reach Paro is either to fly from Bumthang, or drive from Thimphu. 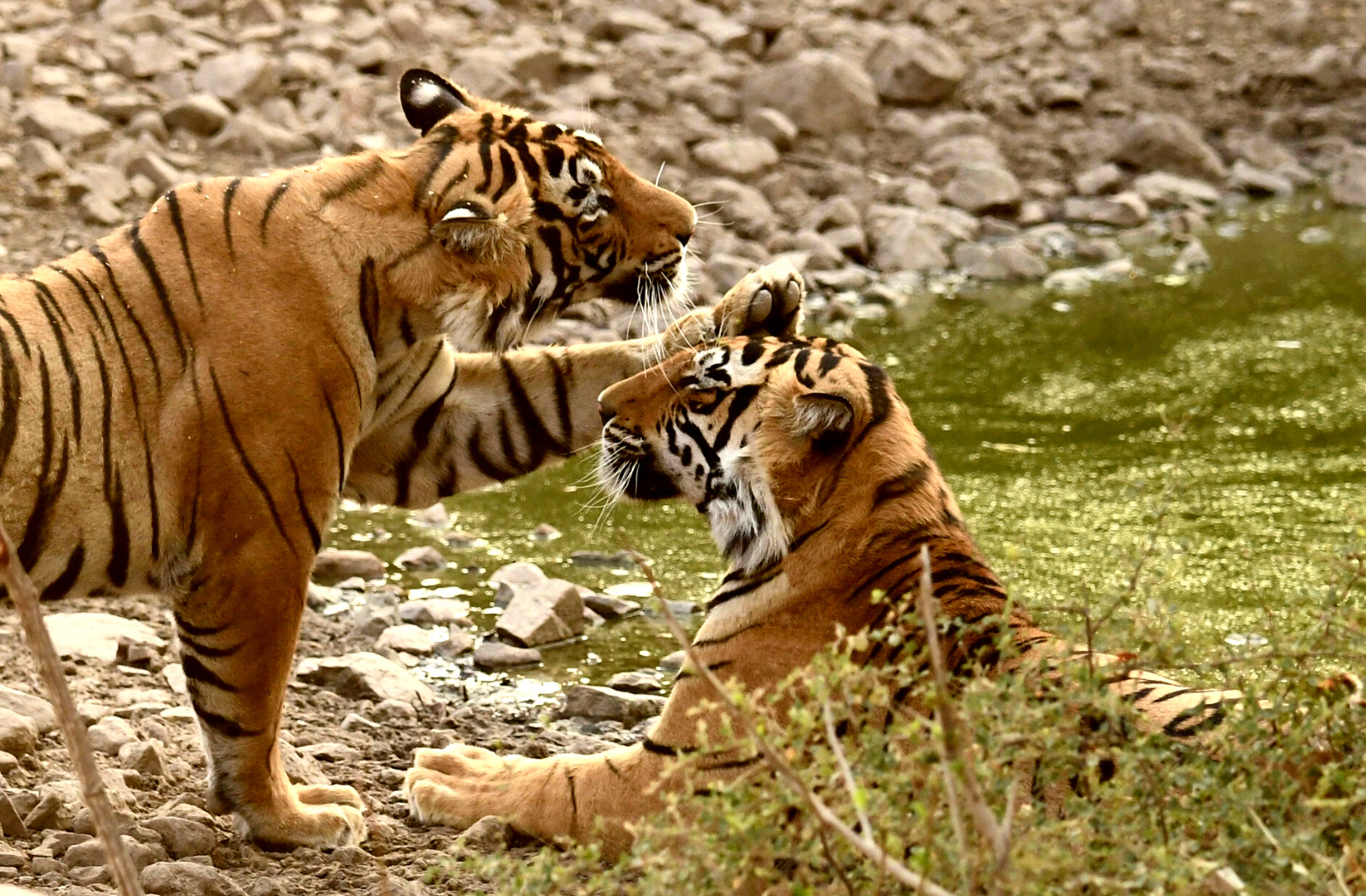 Located on the Bhutan-India border, the Royal Manas National Park is a Unesco World Heritage Site and known as the ‘conservation showstopper of the Kingdom.’ Here, you might spot wildlife such as Bengal tigers, leopards, black bear, Asian elephants, water buffalo and one-horned rhino. It’s also home to 900 plant species and 365 varieties of birds, including the pied hornbill, pallas fishing eagle and emerald cuckoo. The park is open all year but the best time to see migratory birds and endemic animals is from November to February.