Croatia’s island-studded coastline shares top billing with ancient palaces and walled cities. Explore tiny archipelagos in search of tucked-away beaches, historic vineyards and natural wonders, then discover where a Roman emperor spent his retirement and the Game of Thrones’ Daenerys housed her dragons. If time is scarce and ambitions are high, charter a private gulet to fully explore the beautiful coastline and wake up to a new view each morning. 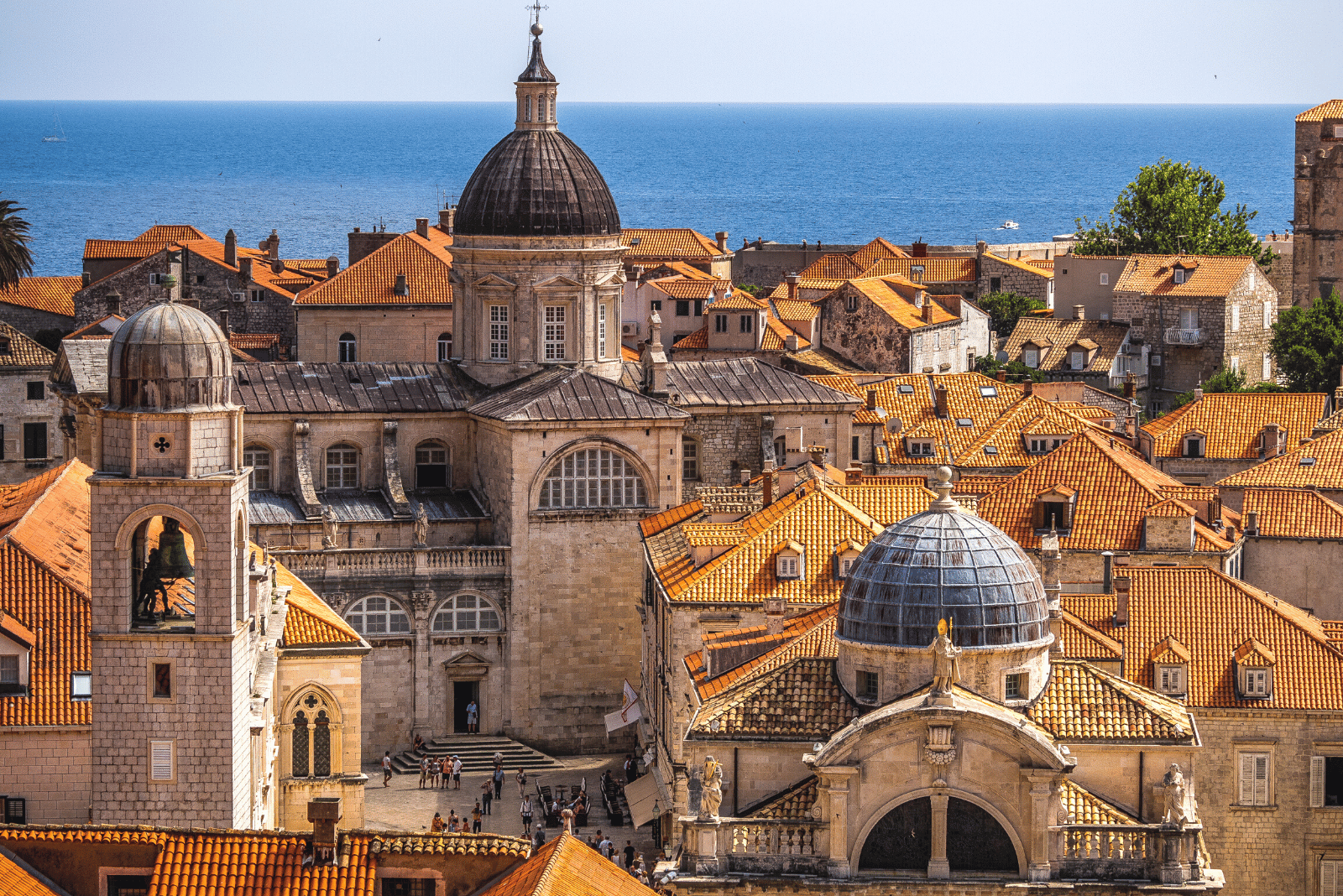 Hear the stories behind Dubrovnik’s best-known buildings on a private guided walk through its ravishing Old Town. Within the ancient city walls, a maze of stone-paved streets lined with Gothic, Renaissance and Baroque architecture leads to sights such as the sturdy medieval Minčeta Tower, from where you can gaze out over the city’s terracotta rooftops and the sea beyond. Other highlights include the Rector’s Palace and the two fountains designed by its original creator, the traffic-free main street Stradun and the scented cloisters of the Franciscan Monastery where you can also visit a pharmacy founded in 1317. Rather more recently, Dubrovnik has had a parallel existence as King’s Landing, the capital of the Seven Kingdoms, in HBO’s hit TV show Game of Thrones, so devotees will relish the chance to hear some behind-the-scenes anecdotes.

SEEK OUT GAME OF THRONES LOCATIONS IN SPLIT 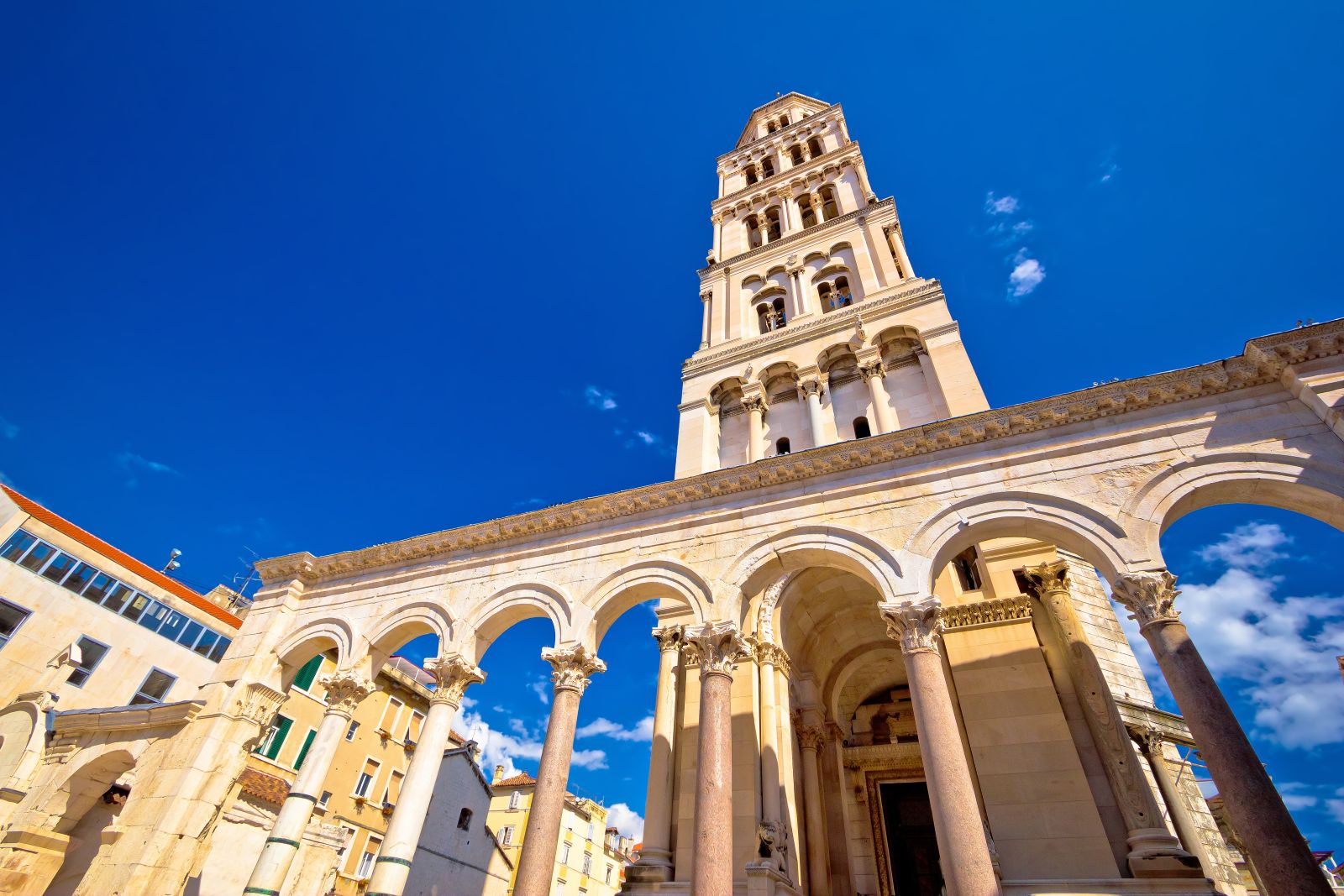 While Dubrovnik may have had the starring role as Westeros’ largest city, Split’s Old Town was also a favourite of the Game of Thrones location managers. With a private guide to share a few insider tales from the set – many of the locals were employed as extras – you can stroll around the streets of the Old Town where the Unsullied Army patrolled, plunge into the cellars of the sprawling UNESCO-listed Diocletian’s Palace where the Meereenese slaves lived and see where Daenerys kept and trained her dragons. As you walk around, you’ll also learn something about the real history of the city, making it an engaging and unusual alternative to more classic tours. 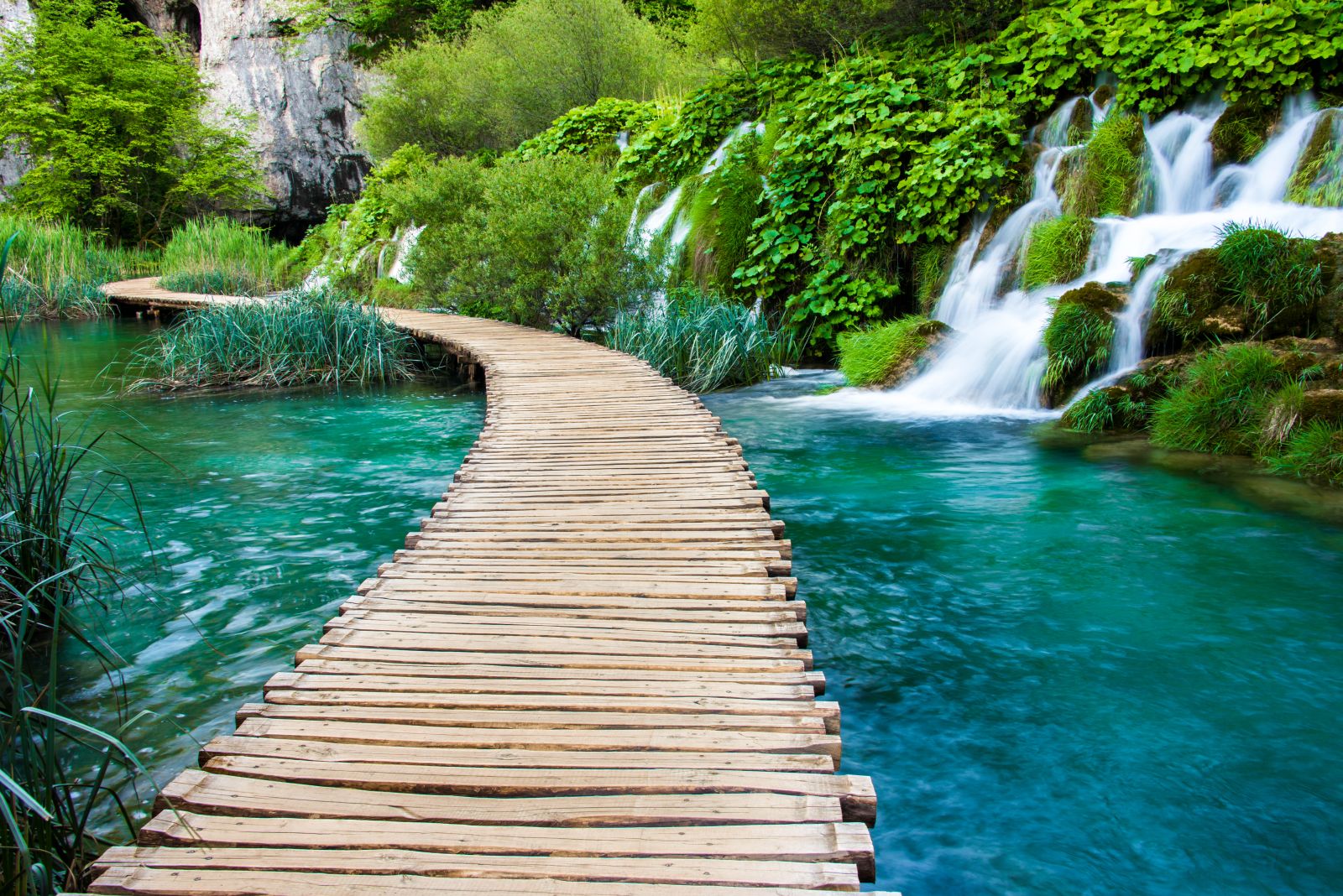 Just an hour inland from Split, one of the world’s narrowest national parks hugs the banks of the river after which it is named for more than 70km. Along its length, the surging waters of the Krka have carved out a series of seven waterfalls through the soft tufa rock. The widest and most spectacular of these is Skradinski buk, the furthest downstream, which tumbles down 17 steps to impressive effect. Follow the serpentine wooden walkways to the nearby collection of immaculately restored watermills, one of which houses a small cultural museum. From here, you can jump on a riverboat heading upstream through the canyon to the next impressive cascade, Roški slap, keeping a lookout for some of the area’s wild inhabitants – including 16 species of bat – along the way. Remember to bring swimwear: from June to the end of September, you can cool off in one of the pools at Roški slap.

CHARTER A YACHT TO THE BLUE GROTTO 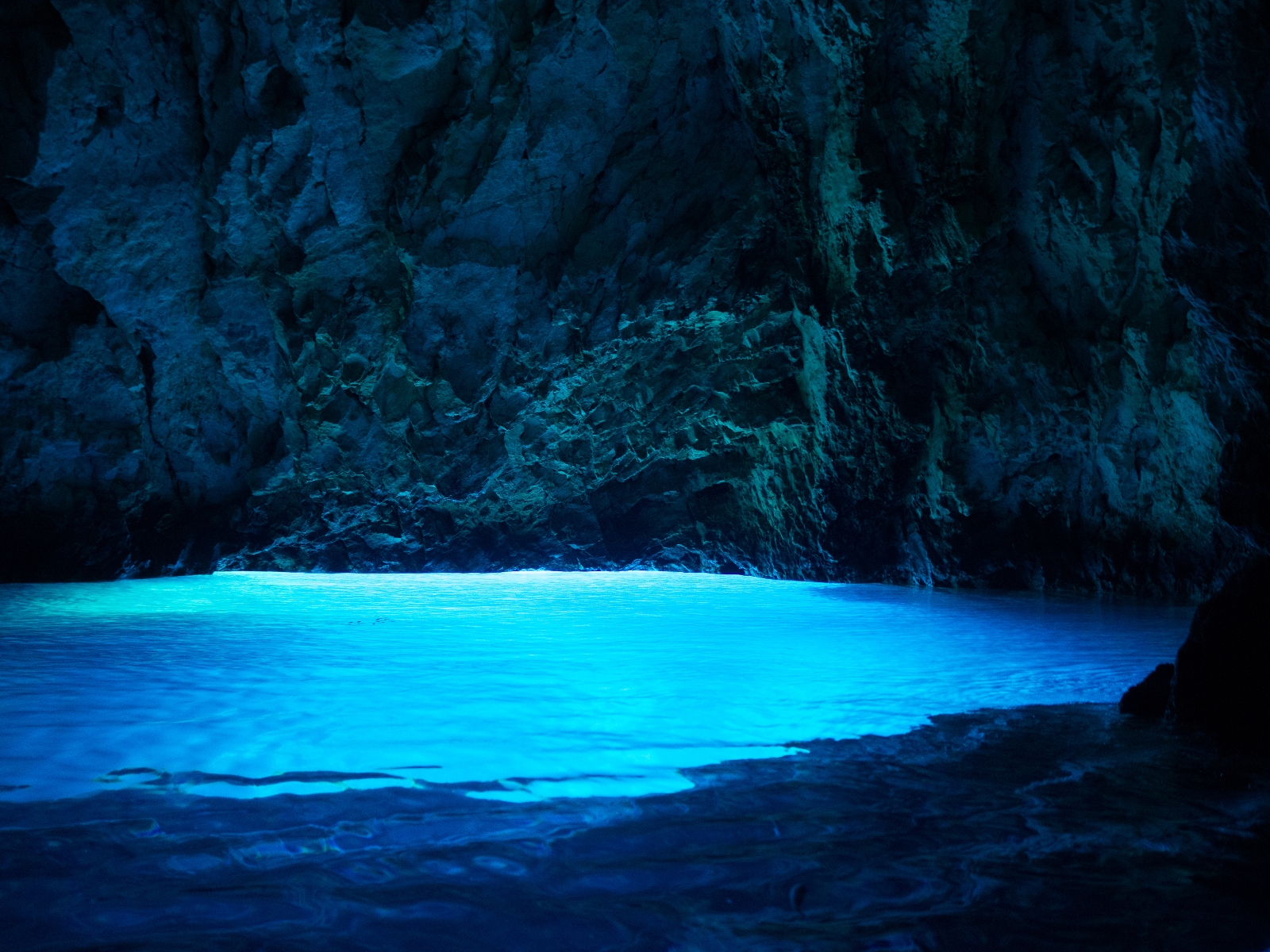 In an area blessed with beauty spots, the Blue Grotto is one of the most extraordinary. This natural phenomenon is on the east side of the sleepy island of Biševo – population 15 – in the central Dalmatian archipelago, within easy reach of Split, Brač and Hvar. Charter a private yacht for a one-day adventure that will glide you to the famous sea cave with made-to-measure pauses along the way. At around midday, the sun’s rays are at just the right angle to power through a crack in the rocky ceiling, reflecting on the white seabed to produce a shimmering, otherworldly neon-blue glow. Once you’ve enjoyed the light show, spend the rest of the afternoon swimming and snorkelling along the tranquil coastline or stretched out on one of the island’s sheltered beaches, before heading back to port with, with luck, a pod of dolphins for company. 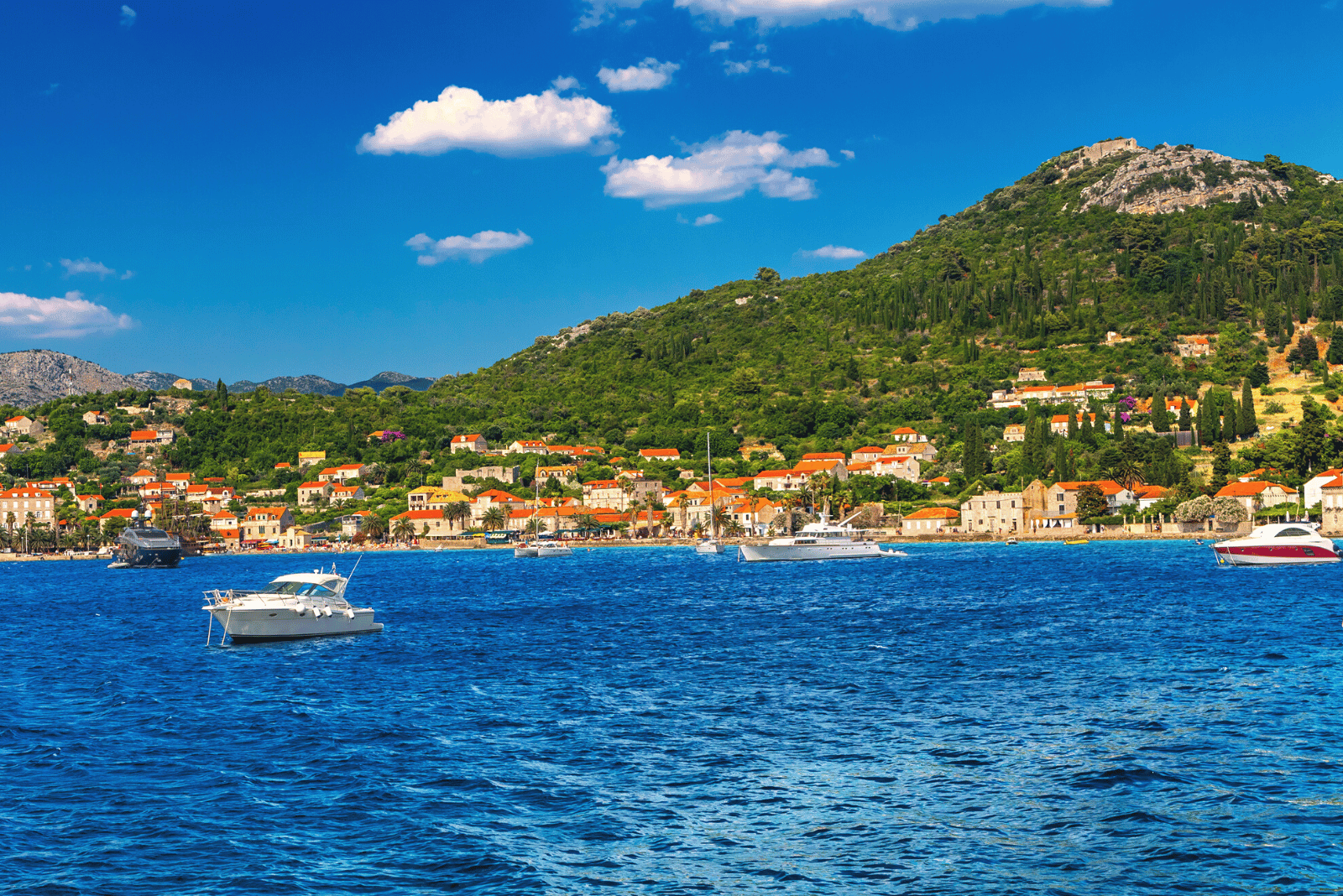 Home to fewer than 1,000 people, the Elaphiti archipelago is just a short hop from Dubrovnik but a world away in pace of life. Most of the islands are barely more than specks of rock with the occasional lighthouse or bird reserve, and of the three that are permanently inhabited two are car-free. Tiny Koločep’s main claim to fame is the fish-filled Blue Cave, whose sandy floor reflects the sunlight to create an ethereal azure glow, while on land you can wander through pine forests to hidden coves. Rent a bicycle to discover Lopud, where quiet countryside tracks lead to ancient churches and the ruins of medieval chapels, or hire a kayak to meander along the scenic coastline, pausing at beaches such as sandy Šunj Bay. By comparison, the largest island Šipan feels positively bustling, with a coastal village at either end and groves of olive, almond and citrus trees in between. 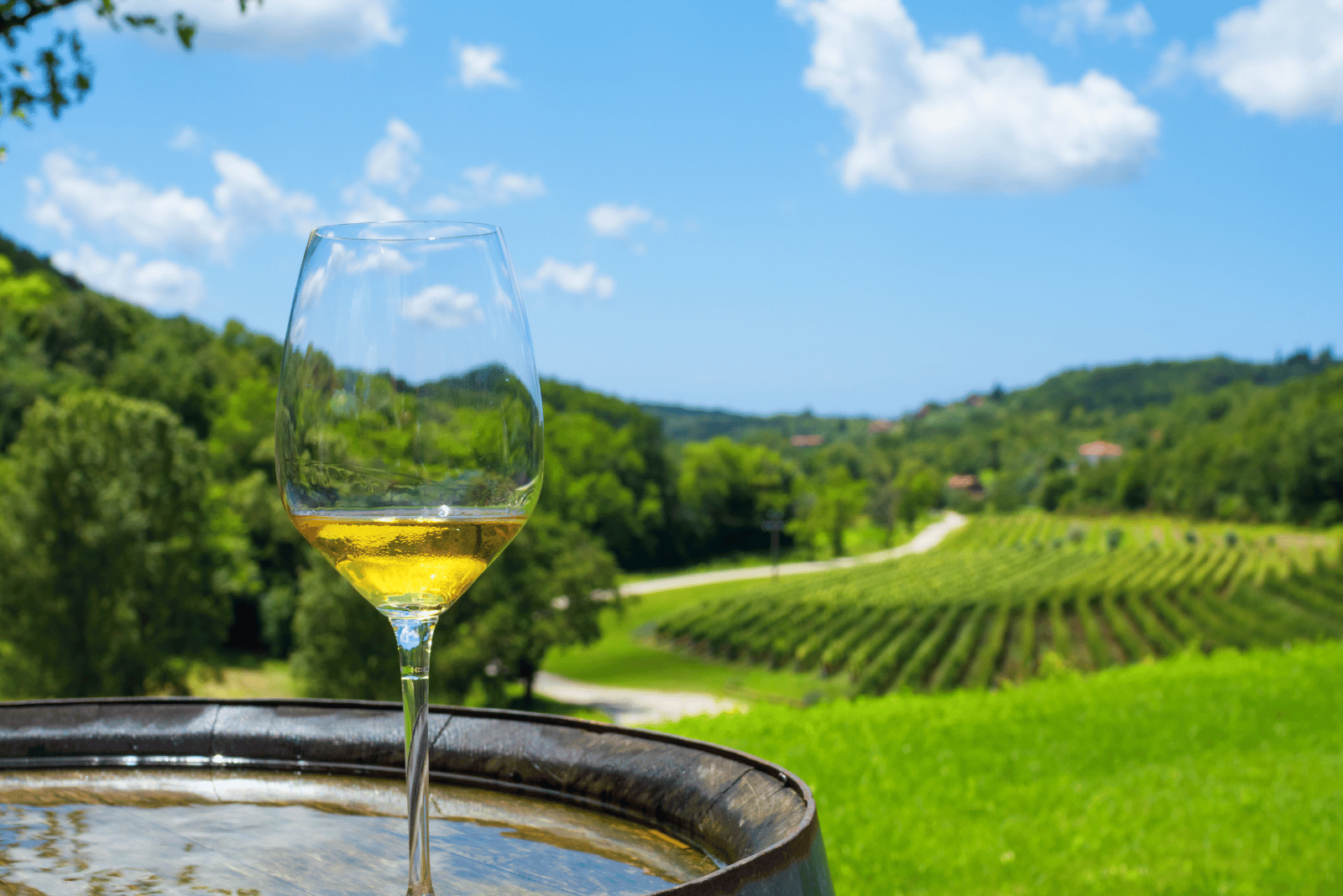 With its network of well-maintained and not overly taxing cycling trails that meander through pine-clad hills and timeless bucolic landscapes, Hvar is a delight to explore on two wheels. Wine lovers in particular will be keen to follow the route through the stone-walled fields of Stari Grad Plain where the ancient Greeks first planted vines 2,400 years ago, founding an industry that thrives to this day. Once you’ve pedalled past long-established vineyards studded with rocky beehive-shaped sheds, you’ll have a chance to taste some of the wines made by one of the region’s leading makers at their base in the pretty coastal town of Jelsa.

GO SNORKELLING IN THE PAKLENI ISLANDS 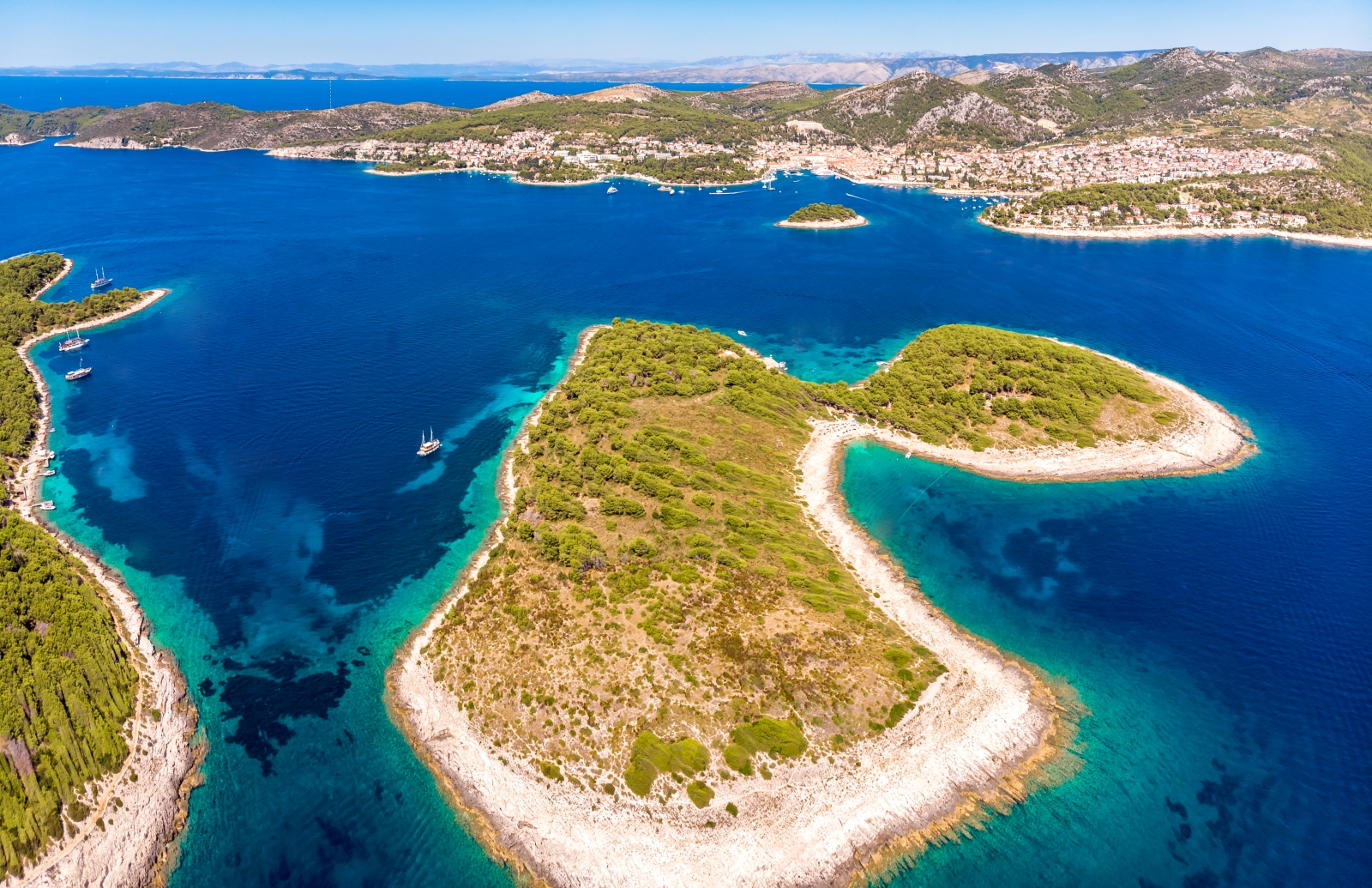 Stretching in a ragged line west from just outside Hvar Town, the tree-clad Pakleni Islands are a summer playground par excellence. Dotted along the crumpled coastline of this rocky archipelago, there are sheltered bays and inlets complete with deserted beaches where you can swim in complete peace. The scenery below the waves is just as striking, and the clarity of the water here means it’s long been a favoured spot for snorkelling. Group tours tend to stick to a handful of destinations, so you can easily avoid the crowds by taking a private boat trip. Your skipper will know the best places for a tranquil dip and toes-in-the-sand snooze, and where you’re most likely to spot cuttlefish and octopus. And the moment hunger strikes, you can be whisked to Sveti Klement’s tiny but buzzy marina for a leisurely lunch overlooking the sea.

To find out more about the bespoke experiences we can arrange, or to plan your luxury holiday to Croatia, get in touch with our Europe specialists on +44 (0) 1242 787 808.