Poised between Central Europe and the Mediterranean, Croatia really comes into its own between May and September, thanks to the cool, clear waters and pristine pebble beaches of its Adriatic coastline and the 1,000-and-more islands that fringe it. Outside the summer, the capital Zagreb hums with cultural happenings, making it an inspired choice for a city break. 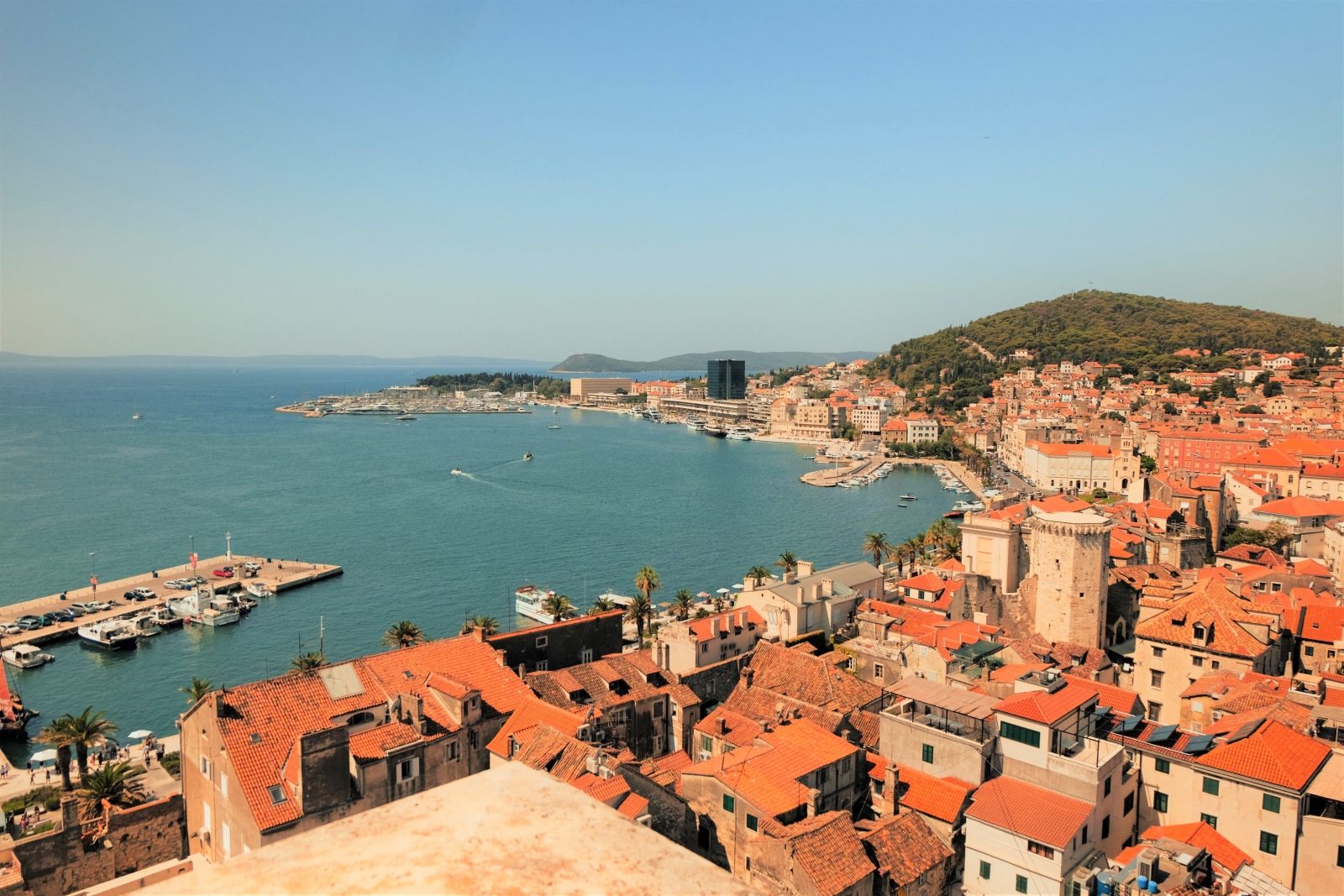 From its palm-fringed waterfront to its jumble of terracotta rooftops, Croatia’s second-largest city looks typically charmingly Mediterranean. But dive into the lively streets of this coastal town and you’ll find something less typical: the UNESCO-listed Palace of Diocletian, built around 1,700 years ago as a grand retirement home for the ailing (and locally born) Roman emperor. Gaze down over the sturdily walled seven-acre complex from the top of the medieval bell tower, attached to a cathedral that began life as Diocletian’s mausoleum. Back at ground level, the beautifully preserved ruins are interspersed by later buildings, such as the sensitively updated nobleman’s home where you’ll find the storied boutique Judita Palace Heritage Hotel. The imposing statue opposite the Museum of Fine Art is the work of another famous Dalmatian, 20th-century sculptor Ivan Meštrović. Immerse yourself in his life’s work at the gallery devoted to him – and designed by him – then discover another side of the local culture at bar-lined Bačvice Beach, the birthplace of picigin, an energetic ball game that’s like volleyball without the net. 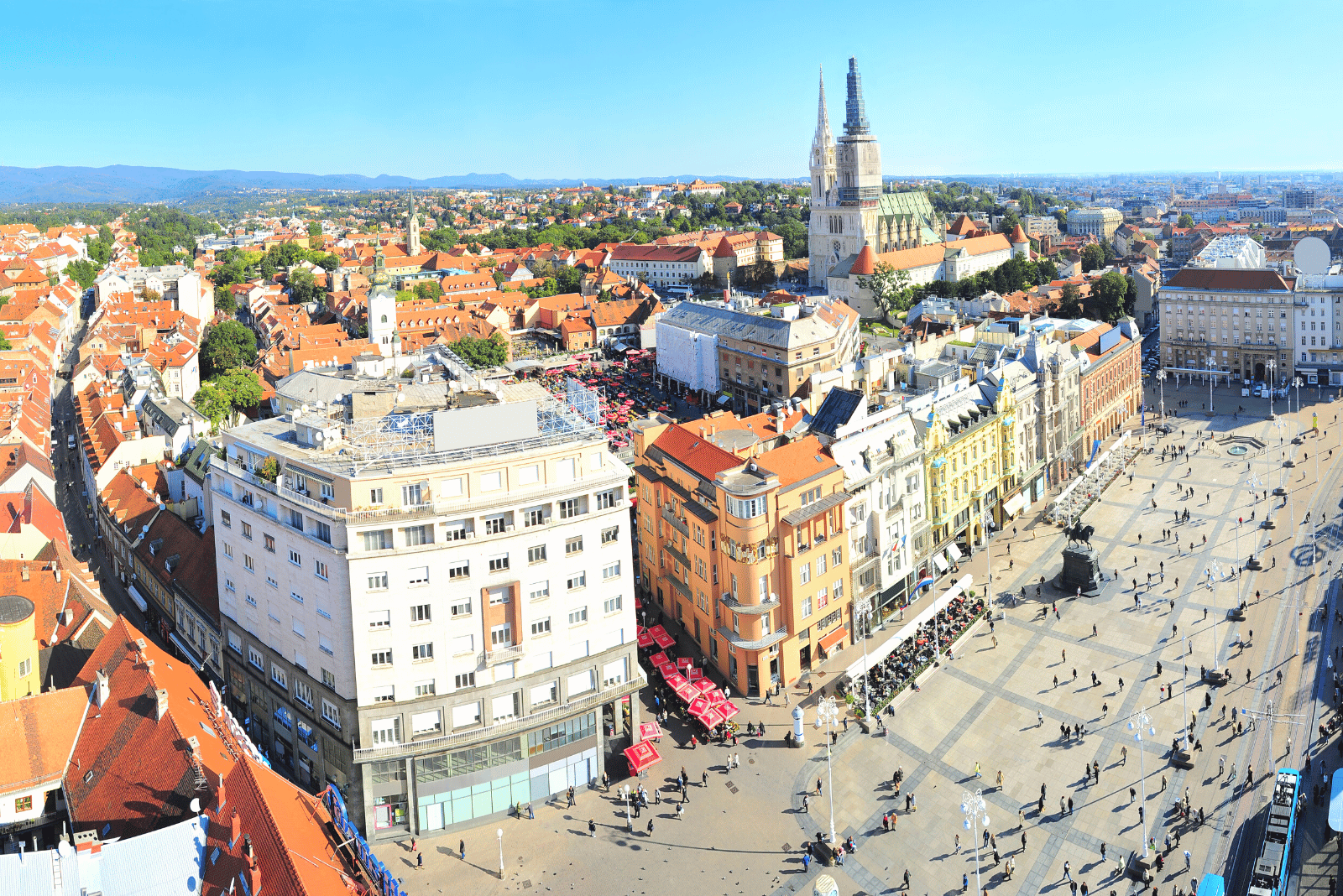 Croatia’s cultured capital is tucked between wooded foothills and river meanders in the country’s northwest. Its 900-year history is reflected in its architecture, from the soaring Gothic cathedral in the Upper Town to the Lower Town’s garden squares edged with Austro-Hungarian secessionist mansions. The two are connected by the world’s shortest funicular journey – a mere 60 seconds – so you can zigzag between these two historic districts effortlessly. Morning in the Upper Town means Dolac market, whose colourful stalls are laden with local produce, and the startling bang of the midday cannon fired from Lotršćak Tower, while the afternoon might bring a stop at the quirky Museum of Broken Relationships and the sunset sight of the nažigači lighting 246 gas-powered street lamps, a 160-year-old tradition. The Lower Town, meanwhile, offers up museums, concert halls, gardens and Viennese-flavoured cafés that are as inviting in winter as they are the rest of the year, making Zagreb a year-round option for a city break. 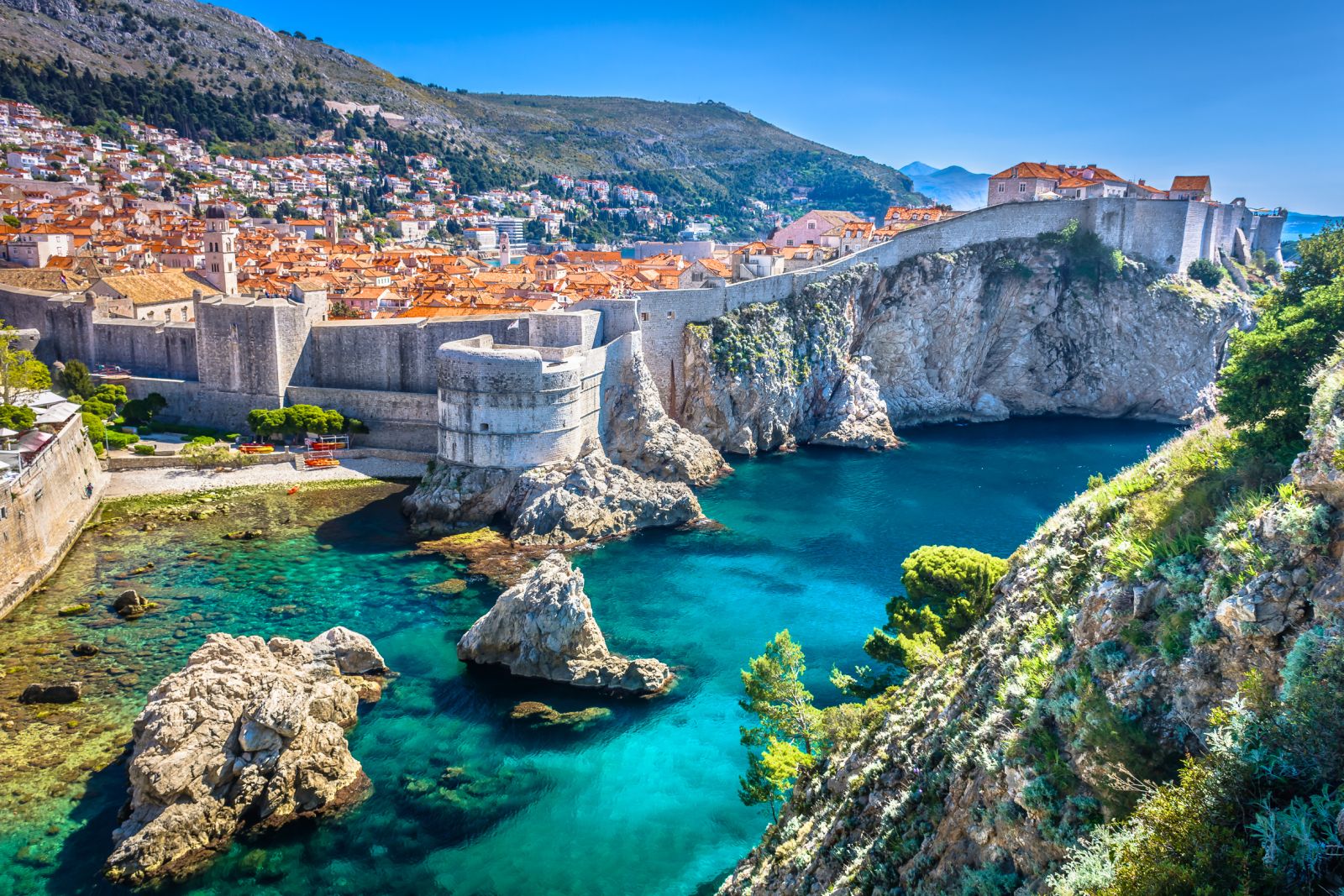 Within the confines of huge 16th-century walls, the narrow streets of Dubrovnik’s UNESCO-listed Old Town teem with visitors for whom a trip to the ‘Pearl of the Adriatic’ has long been on their wishlist. Its busyness can’t detract from the sheer beauty of its architecture, seen at its finest in the relatively restrained Baroque St. Blaise’s Church and the Renaissance Sponza Palace. Delve deeper into the city’s past at the history museum in the mostly-Gothic Rector’s Palace, from where a short stroll will bring you to the pedestrianised Stradun, lined with café terraces from which to people watch. Fans of HBO’s epic TV series Game of Thrones will have their own checklist of sights, such as Pile Gate and Minčeta Tower: the city doubled as the fictional city of King’s Landing and is more popular than ever. You’ll find a little respite from the bustle on nearby beaches, such as Banje just beyond the east gate, and a great deal more at the clifftop Villa Dubrovnik, a chic bolthole with waterfront access and enviable views over the Adriatic. 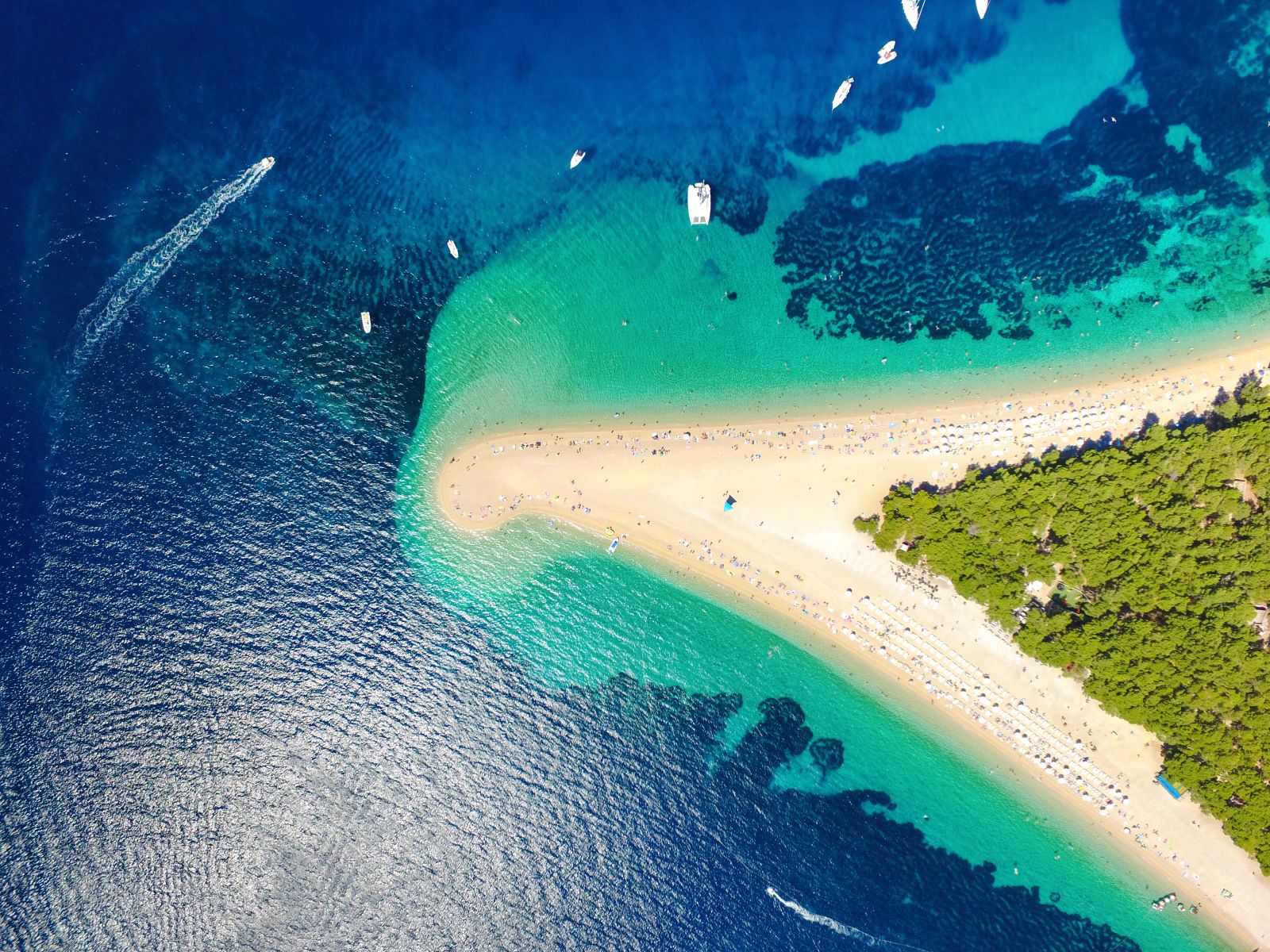 With its dramatic craggy landscapes, the largest Dalmatian island offers adventures for modern-day thrill seekers as well as glimpses into history. Mountain bikers will relish its challenging routes, none more so than the climb to the summit of Vidova Gora – the highest point in the Adriatic, no less – from where you can see for miles. It’s thanks to these same rugged hills that Brač is a famous centre for stone masonry and its centuries-old quarries have yielded a pure white limestone that’s been used everywhere from Diocletian’s palace and Šibenik cathedral to the White House in the US. Away from the ringing of chisels, you’ll find fig orchards, vineyards and olive groves (and the Olive Museum) leading down to white-pebble beaches such as the distinctive Zlatni Rat on a spit of land reaching out into the Adriatic. Explore it from the gracious adults-only Hotel Lemongarden, tucked away on a peaceful stretch of the north coast. 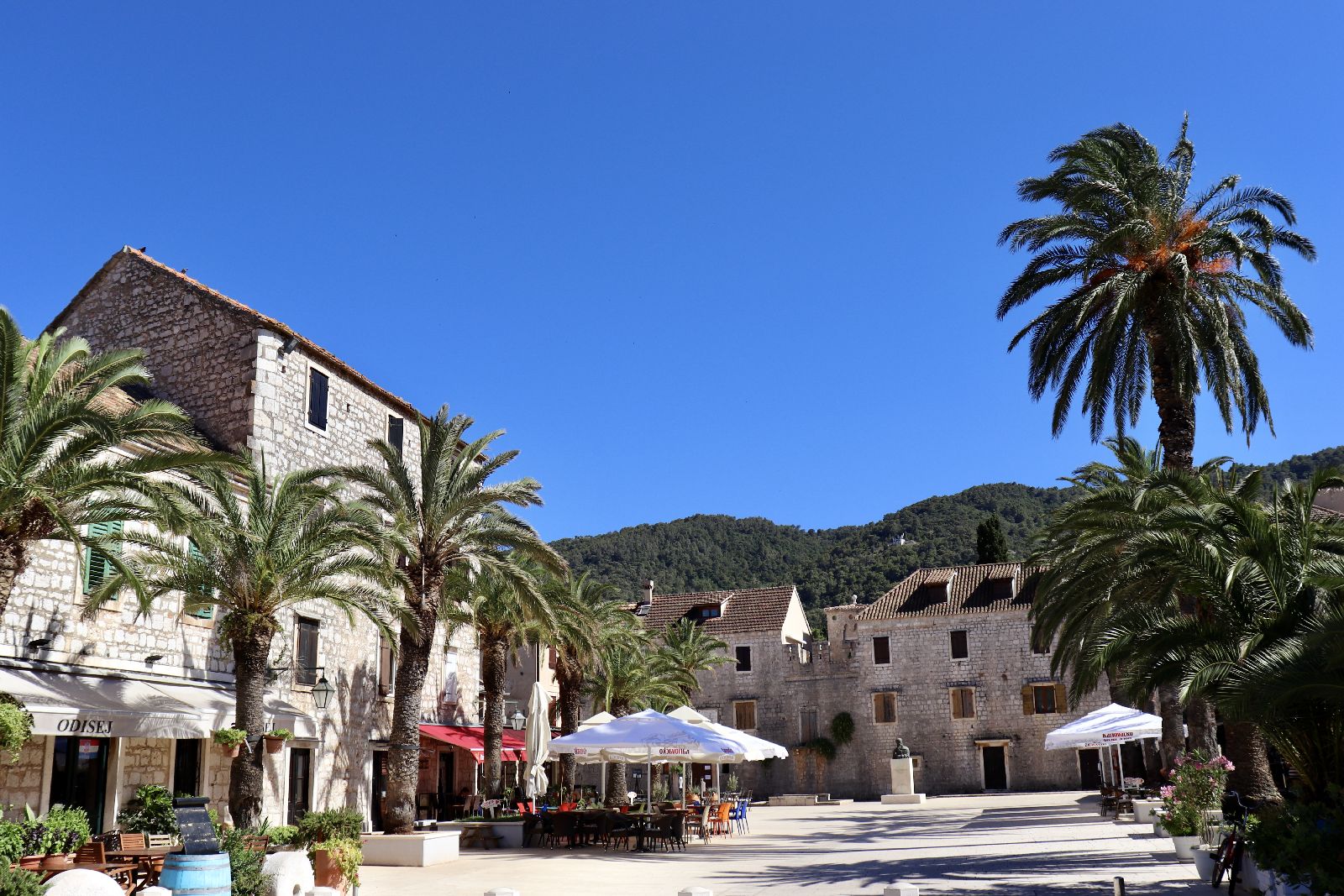 Officially one of Croatia’s sunniest spots, Hvar has a sophisticated summertime buzz, especially in its vibrant eponymous port town. Beyond the harbour bobbing with superyachts, the winding streets lead to a hilltop fortress overlooking 13th-century walls and a Renaissance cathedral, all evidence of a long and tangled history caused by its much-coveted strategic location. Escape the town to discover a calmer, greener version of Hvar. Freshwater springs – a rarity in these parts – sustain hillside pine forests and agriculture on the plain below. The climate is ideal for lavender, at its purple peak in late June and early July, and the ancient Greeks established vineyards that thrive to this day. Around the craggy coastline, there are tranquil coves such as Dubovica, where the snorkelling is sublime – or you can take a boat to the nearby Pakleni Islands to laze on remote curves of sand. Base yourself at Maslina Resort, a wellness-focused beachfront hideaway on the western fringes of sleepy Stari Grad, one of the world’s oldest towns.