There’s more to Peru than Inca ruins, although these are the finest you’ll ever see, from a capital city championing a culinary scene to the remote Amazonian jungle inhabited by pink dolphins. 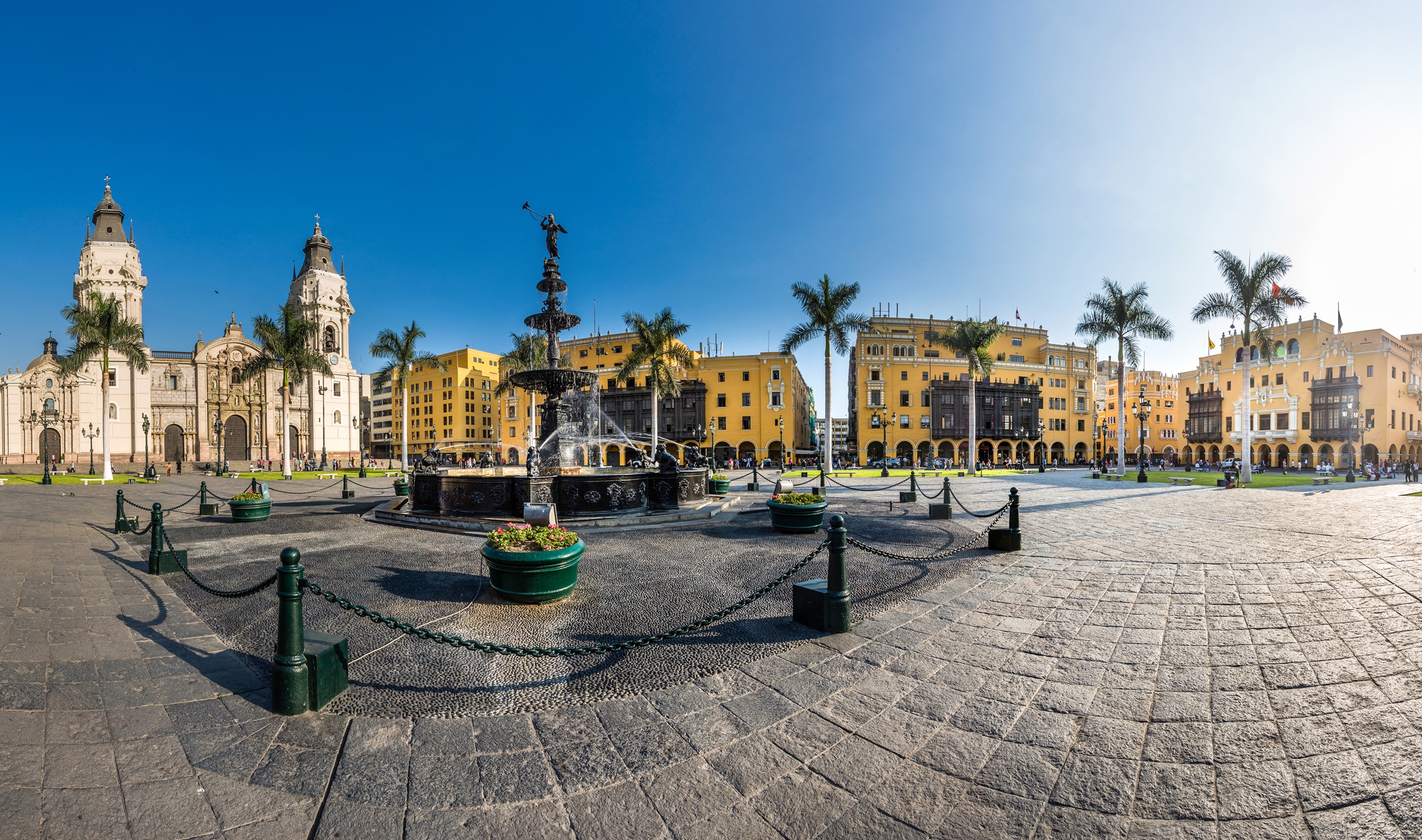 Perched on the edge of the Pacific Ocean with spectacular views of surfers battling the rolling waves, the cosmopolitan capital of Lima is constantly on the rise. Highlights include a world-renowned dining scene with celebrity chefs, Gastón Acurio and Virgilio Martinez, at the helm – waitlists at their flagship restaurants are sometimes up to three months’ long. The old fish markets buzz with activity as top chefs tour gourmet enthusiasts around the fresh produce before shuttling them off for cooking classes in their stylish waterfront homes. Meanwhile, Lima’s UNESCO-protected historic quarter remains as splendid as its heyday with an array of stunning colonial buildings and over a thousand ornate balconies built in the Spanish viceroyalty era. Scattered around the city, Lima’s innumerable huacas (pre-Columbian monuments), sit amid the busy restaurants and high-rise buildings. Unearth Lima’s history in the Gold Museum housing around $10 million worth of pre-Hispanic gold while the Museo de Arte de Lima, showcases artifacts spanning 3,000 years. 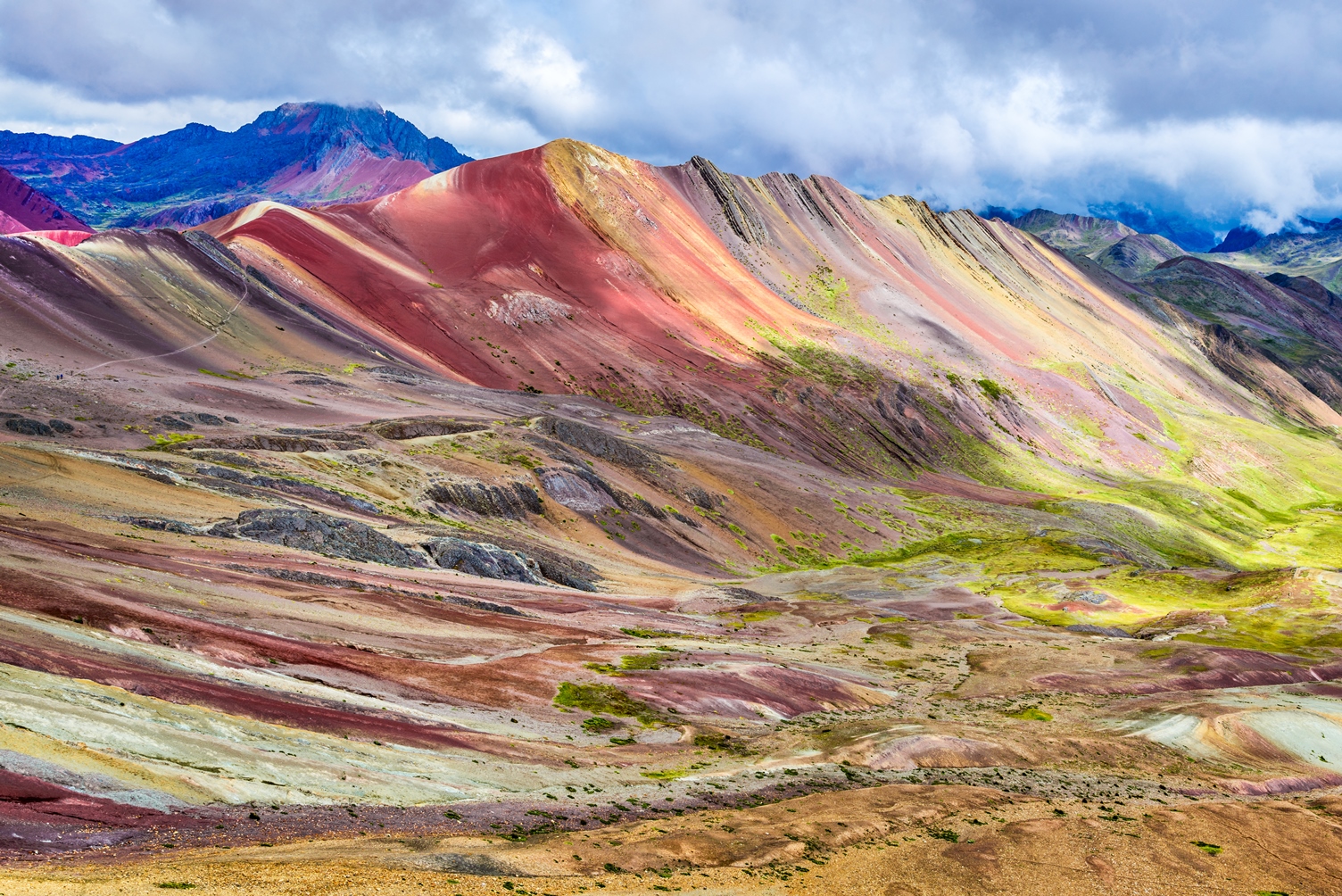 The spiritual mountains of Peru’s Sacred Valley offer a visceral, sensory experience. Dotted with roaming llamas and archaeological sites, its undulating terrain makes it perfect for top-grade adventure; mountain biking past the quinoa fields, white-water rafting down rapids and stand-up paddle boarding in the high-altitude lakes. Not to mention excellent hiking trails from pleasant ambles in the meadows to hardier treks among the snow-capped peaks with hardly another soul in sight. For cultural encounters, head to the pretty market of Pisac which sells almost everything under the Andean sun while peaceful Chinchero, a traditional weaving town offers colourful handmade textiles. Remnants of the lost Inca civilization still remain today with some largely intact such as Ollantaytambo, a pretty cobbled town and a former Inca stronghold from where you can catch a train straight to iconic Machu Picchu. Rejuvenate at Sol y Luna, a peaceful retreat set in beautiful surrounds which offers sumptuous spa treatments using Andean plants and herbs. 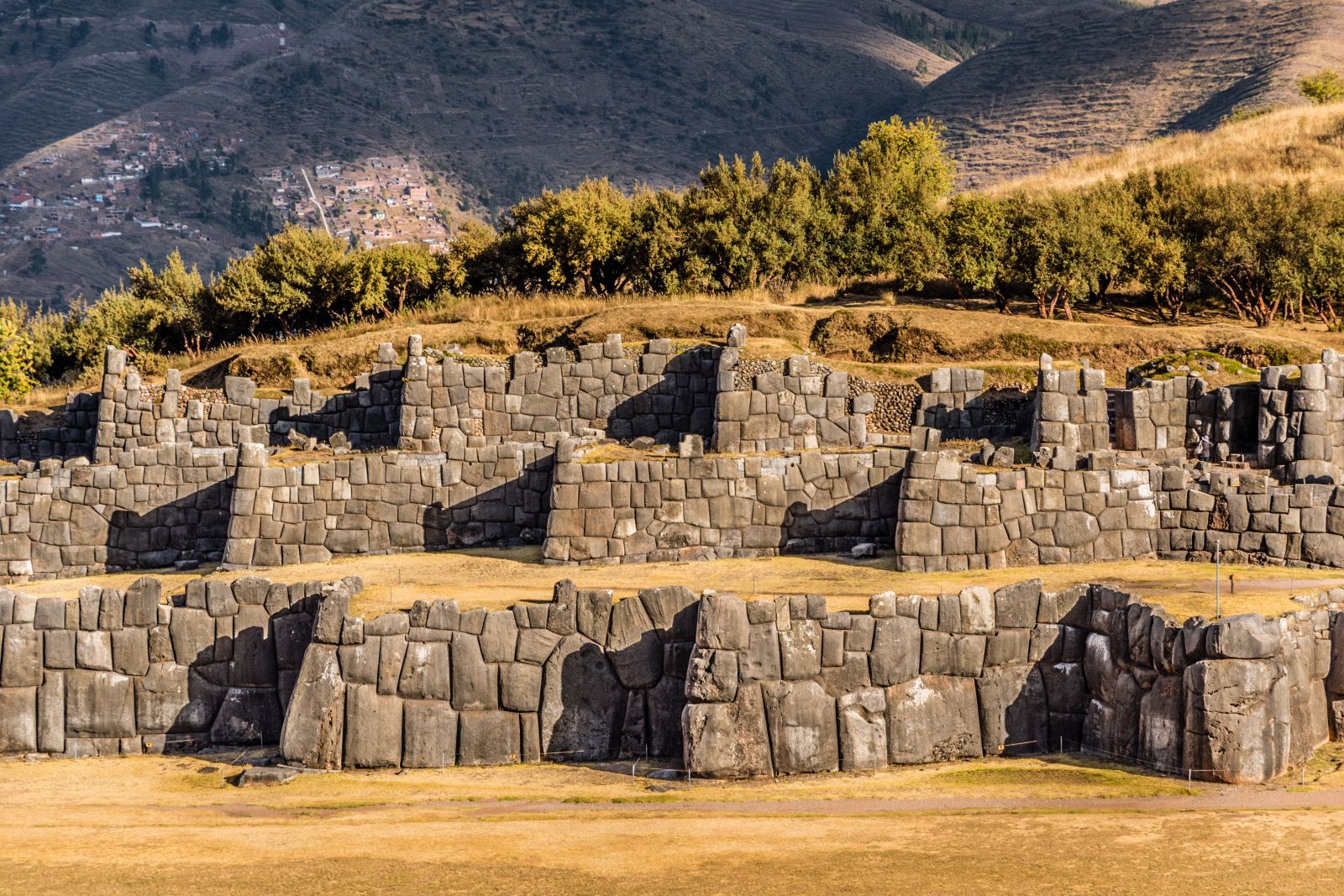 Once the splendid capital of the Inca Empire, Cusco was considered the belly button of the earth before the Spanish decimated the entire civilization. During its peak, the empire stretched north to Colombia, south to the edges of Chile and east to the Andes and the Amazon Basin. Today its cobbled streets, polished with wear, bear witness to a mishmash of cultures; grand monasteries built atop sacred Inca temples, imposing colonial architecture and Inca ruins embedded in the smartest hotels. The main Plaza de Armas has over the years hosted annual processions, animated fiestas and coronations of Inca royalty. Above in the hills, the archaeological site of Sacsayhuaman dating back to 900CE, looms over the city, its grassy plazas thought to be an important ceremonial site for thousands of Incas. Ground your knowledge with a visit the Machu Picchu Museum, to see hundreds of excavated artifacts from pottery to skulls. 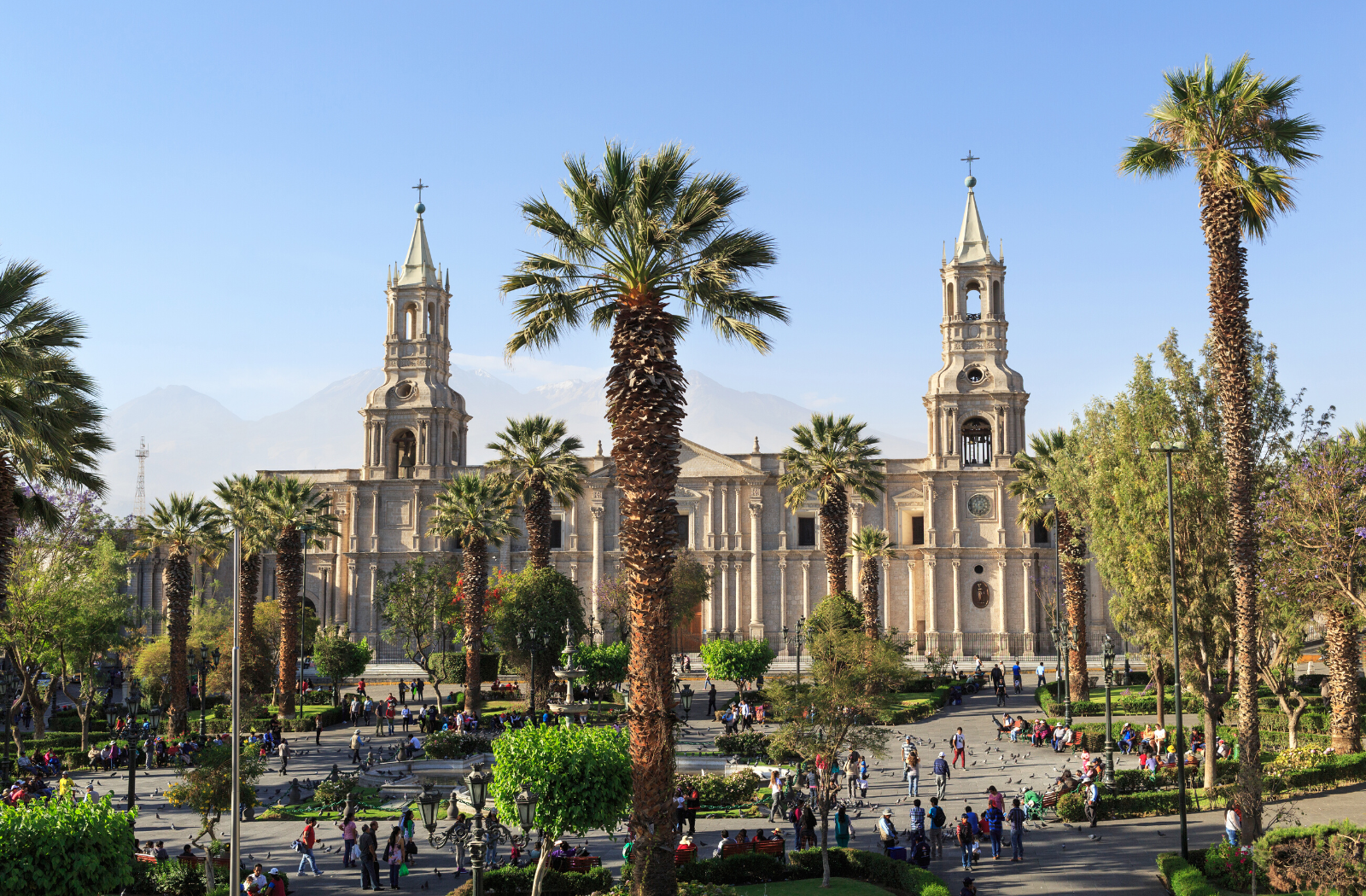 Arequipa is often referred to as The White City due to its baroque buildings fashioned out of pale sillar rock which glimmer in the near-perpetual sunlight. A backdrop of three volcanoes including the still active El Misti makes it one of the most alluring cities in Peru. The polished stone streets enjoy a lively social scene with refined restaurants, bars and fountain-fed plazas where locals chat and sip pisco sours. The 16th century Monasterio Santa Catalina, described as ‘a city within a city,’ spans 20,000 square metres, its colonnades, courtyards, and richly painted walls built as parts of a convent which today sits alongside an extensive art collection. The Museo Santuarios Andinos is worth a visit to see its mummified Ice Maiden, Juanita, a mummified teenage girl believed to have been an Inca Princess. Outside the city, tour the surrounding canyons, caves and valleys where alpacas and llamas graze in the volcanic foothills. 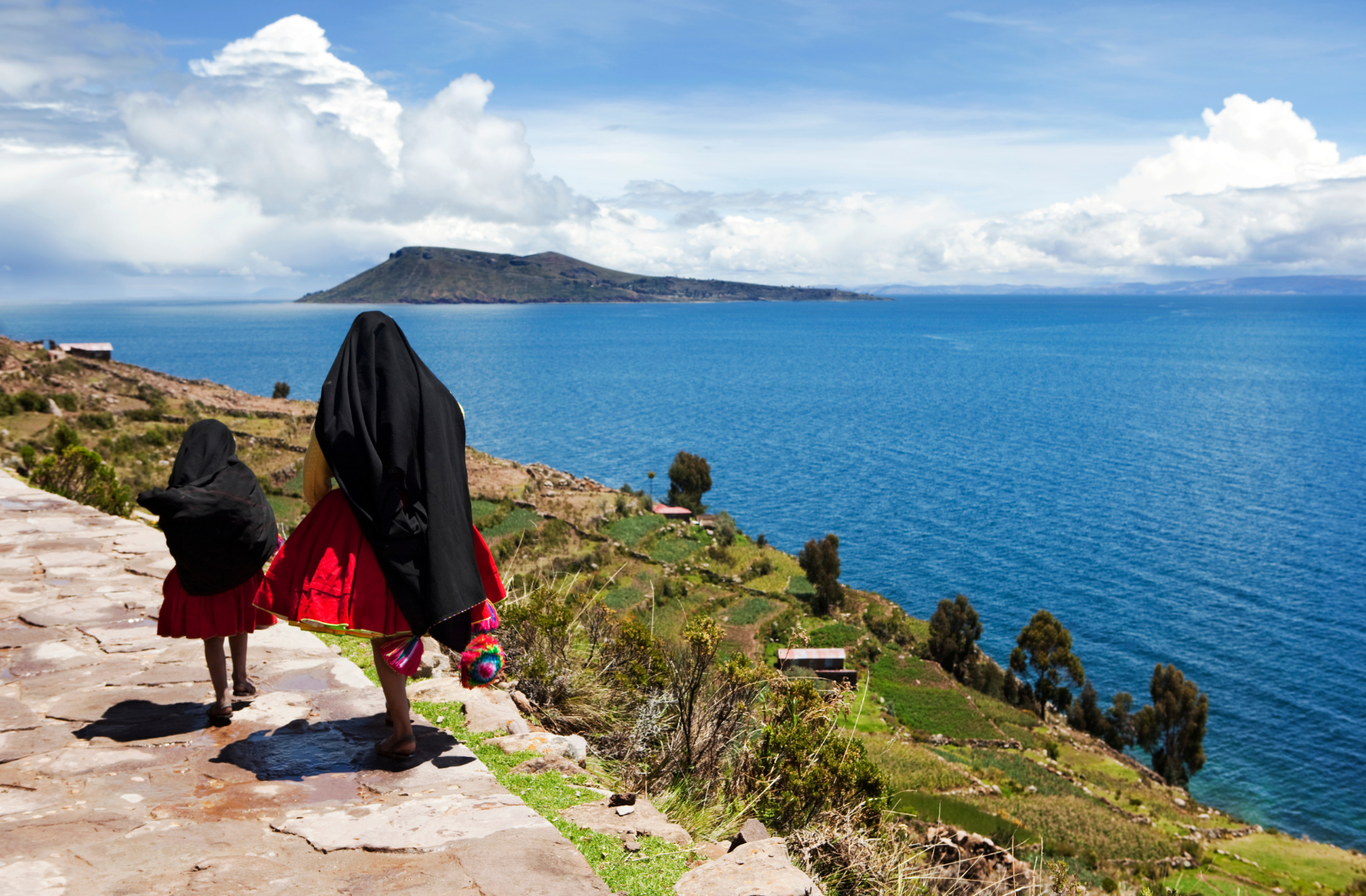 Lake Titicaca, the world’s highest navigable lake sits at 3,810 metres encompassing parts of both Peru and Bolivia. Aside from never-ending views, it holds sacred importance to the indigenous communities who make their home in the expansive blue water. Lake Titicaca boat tours are the best way to explore the 41 reed islands created by the indigenous Uros peoples who 3,700 years ago attempted to escape the invading Incas by hiding out on the deep water. Taquile island, whose male residents start knitting from the age of eight, is known for its exquisite textile art as well as some pre-Inca ruins found at the island’s peak from where you can see all the way to the Bolivian mountains. Stay at Titilaka which opens up this elevated corner of the world fusing adventure and luxury seamlessly. Explore the lake and return for pisco-infused cocktails by the firepit and floor-to-ceiling windows for sunrise to sunset views. 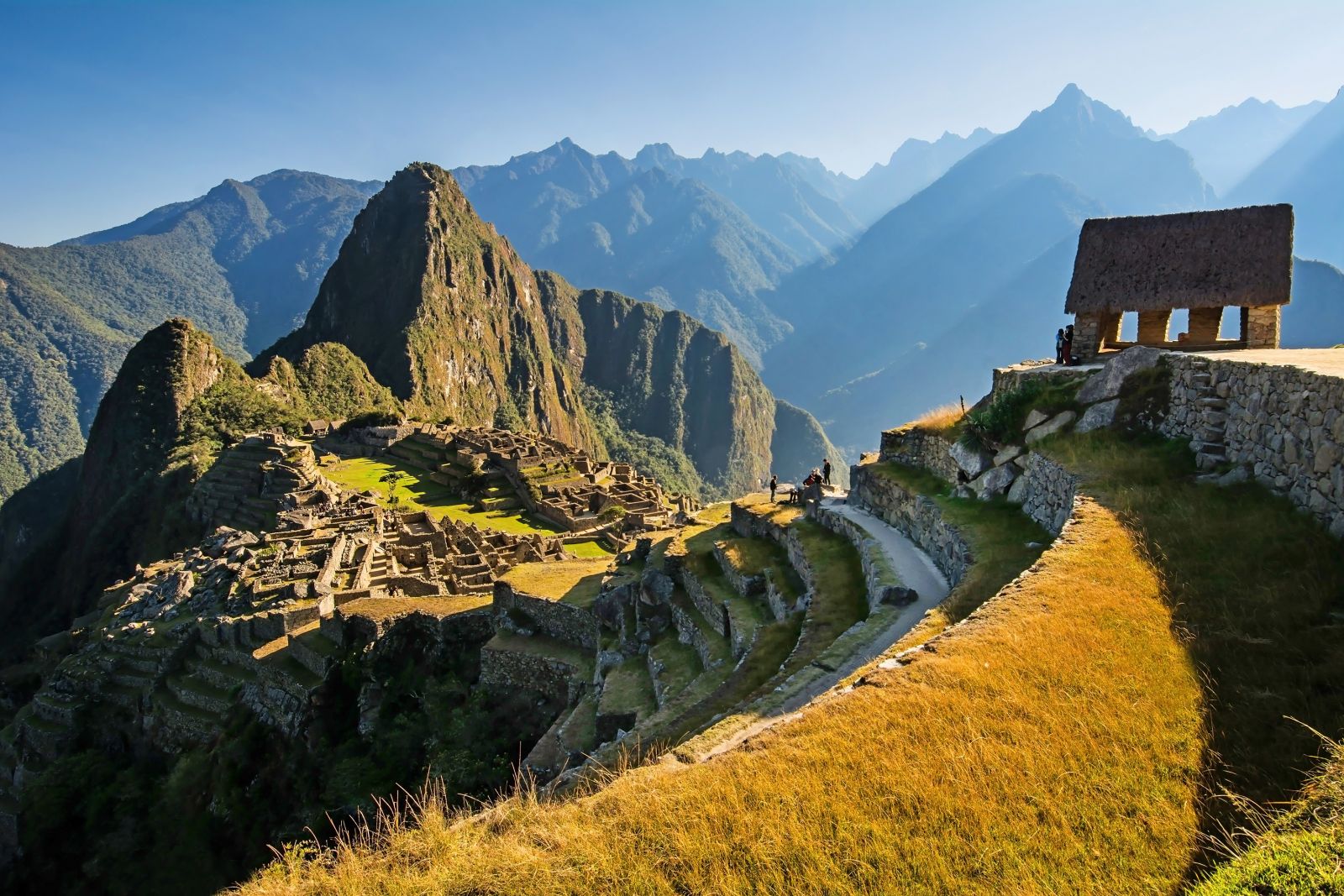 There are no words to describe Machu Pichu and its powers of transformation. Perched on a teetering mountain ridge, its exquisitely preserved Inca terraces, stone house structures and ceremonial monoliths hold an air of endless intrigue. While many theories exist, nobody knows for certain the history of this ancient citadel. Some say it was the last Inca refuge to avoid destruction from invading conquistadores. Others say it was a royal retreat where the emperor and his court could hunt and entertain. Expand your imagination on a trek of the Inca trail through the cloud forest or take a luxurious train ride to the nearest town. It’s worth the steep climb up the staggeringly high Huayna Picchu for ultimate birds’ eye views or climb Machu Picchu Mountain for a gentler trek and wonderful angles of the city. Revive at Belmond Sanctuary Lodge, which is nestled in orchid gardens or Inkaterra Machu Picchu Pueblo Hotel, just a stone’s throw away from the citadel gates. 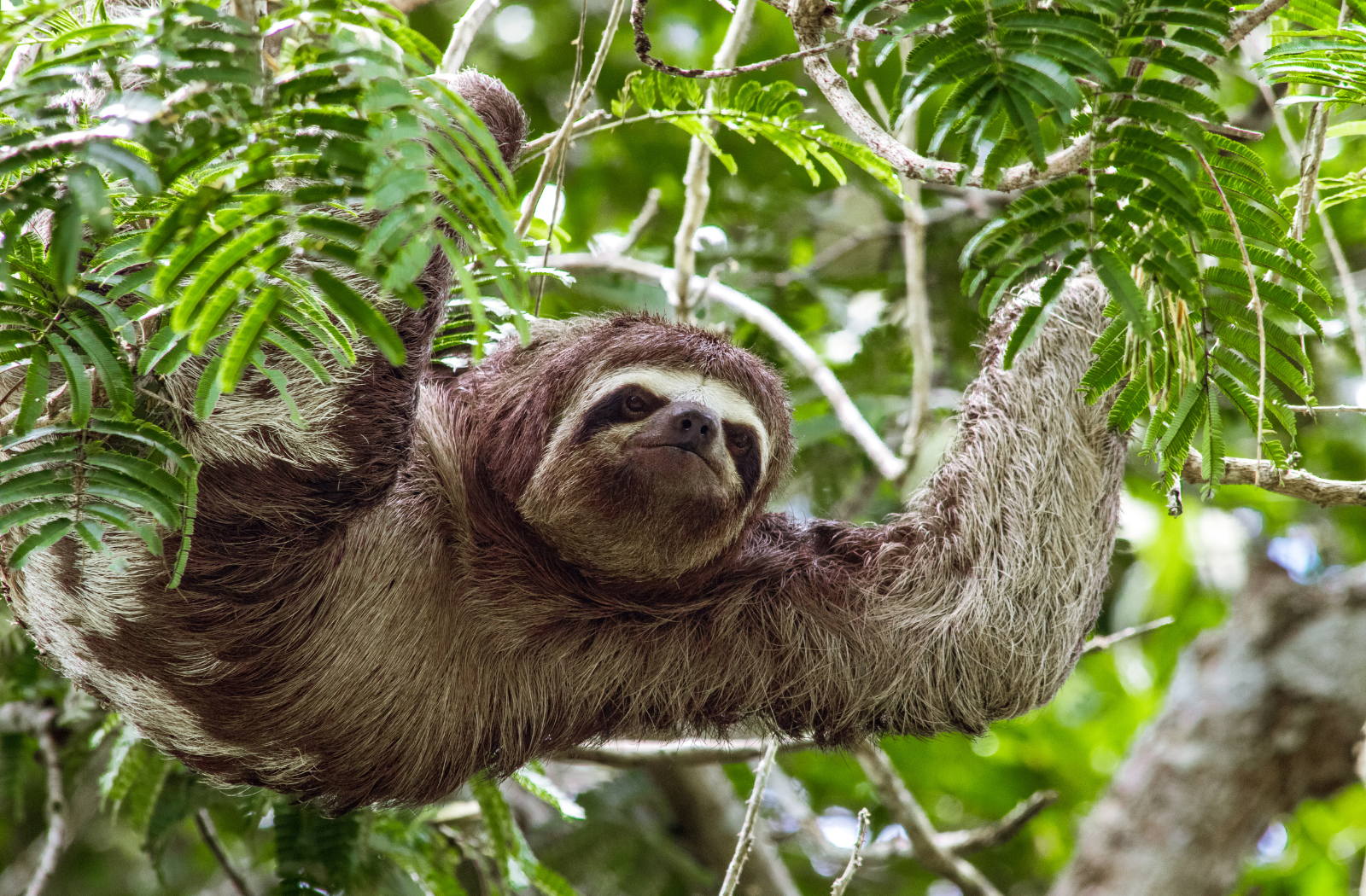 Covering almost two thirds of the country, the Peruvian Amazon sprawls with watery arteries providing stunning wildlife adventure. From the waterside metropolis of Iquitos, an Amazon luxury cruise floats you deep into the jungle affording breath-taking sights of wild, pink dolphins breaching the waters while caimans and otters occupy the riverbanks. Soak up the views of Amazon wildlife from the boat’s panoramic picture windows. Relax in its bubbling jacuzzi after days of trekking nature trails and piranha fishing on smaller vessels. Otherwise choose a jungle lodge on the edges of the Tambopata National Reserve where local communities keep watch over the pristine biodiversity. Drift down oxbow rivers on a motorized canoe watching the rubber trees come alive with red howler monkeys, black-capped squirrel monkeys and sloths moving at a glacial pace. The dense rainforest can be observed from the heights of a canopy tower; a carpet of jungle seeping into the endless horizon.