Oman’s colourful sultanate state is undeniably alluring with cities awash with the scent of frankincense wafting through riotous souqs and ornate mosques. Beyond them lie billowing desert dunes traversed by Bedouins where not much else but date palms and a scattering of oases interrupt the stark, streaks of sand. 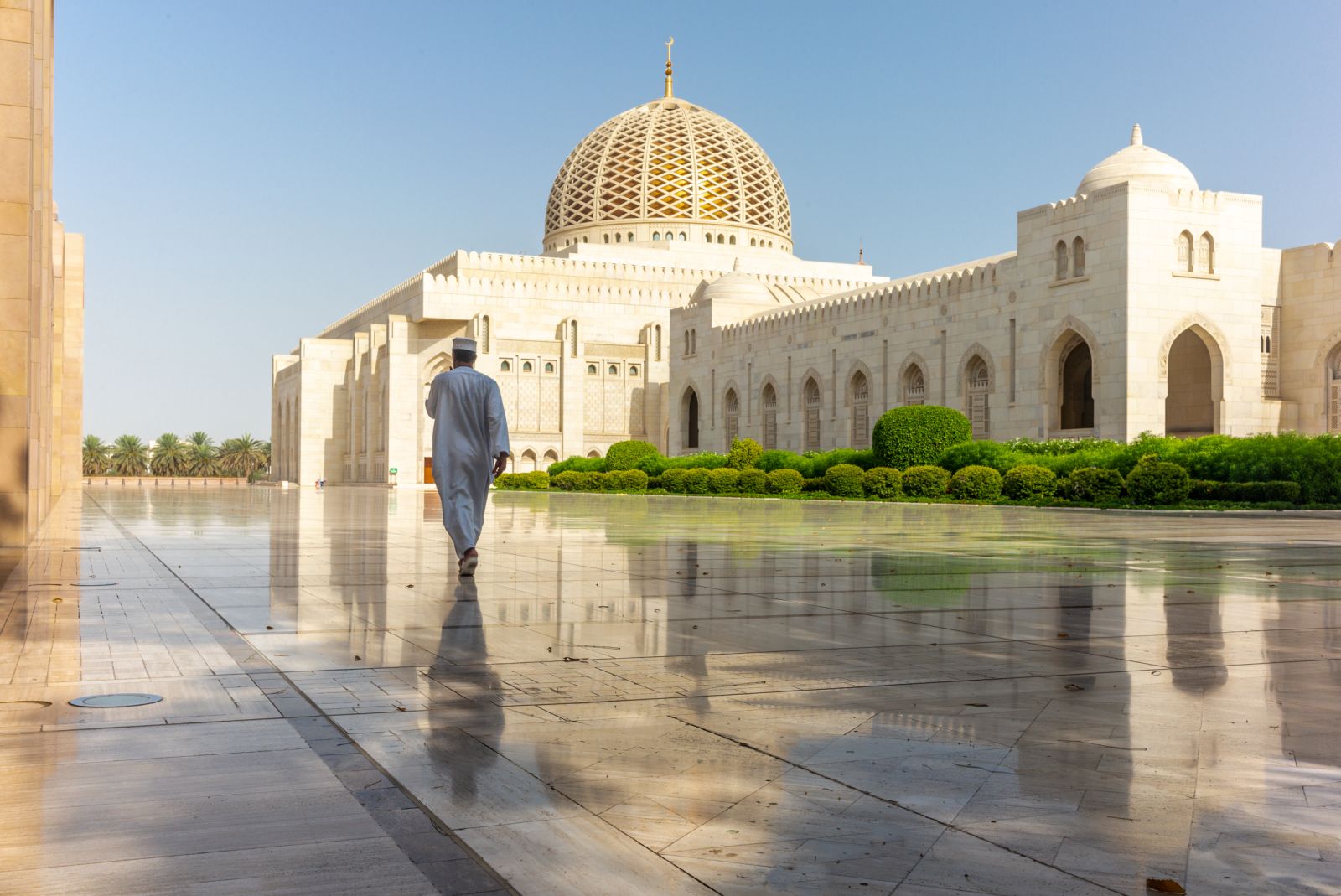 A port capital rich with history overlooking the Arabian Gulf, Muscat Oman is an intoxicating city. Its Grand Mosque is a vision of religious architecture gleaming in off white with a prayer room housing the largest Persian carpet in the world which took over 500 artisans to make. A trip to Muscat wouldn’t be complete without visiting the Royal Opera House, a true masterpiece inside and out championing excellence in art, music and culture. Down-to-earth scenes unfurl among the local fish markets and the labyrinthian souks in which to deliberately lose yourself, all highly browsable selling colourful rugs, silver and beautiful shawls. You’ll find some of the best Muscat beach resorts – more like mirages – scattered along the coast with private stretches of serene beach, fine dining and luxuriating service fit for a sultan. The Chedi Muscat one of the most iconic luxury hotels on this coastline. 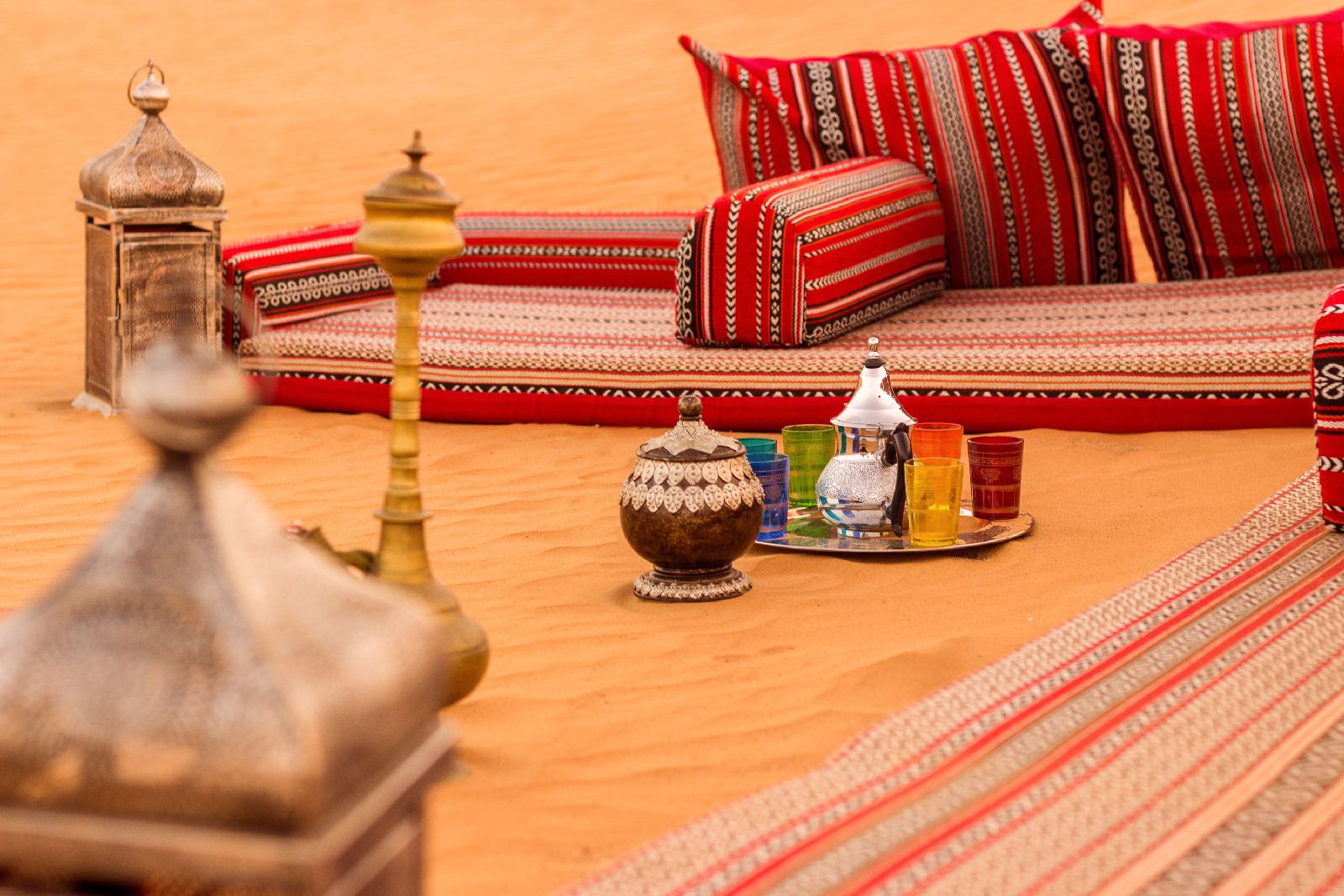 Locally known as the Wahiba Sands, the Sharqiya Sands is an ocean of desert wilderness with very little else but camels, sand dunes and the indigenous Bedouin tribes who still live in the desert for 10 months of the year. You can explore their culture and tradition of living in goat hair tents while caring for their cattle, an essential life source. Slip into nomadic rituals, camel riding across the rippled ridges of the endless plains or ramp up the pace quad biking at breath-stealing speed down slopes taller than most buildings. Daredevils may consider sand boarding down at an adrenaline-inducing pace. There are many ways in which to recuperate. Bed down in a Bedouin-inspired encampment for far-flung adventure. Or enjoy the feeling of exclusivity while staying in private tents at The Canvas Club, complete with that all important ensuite bathroom opening up to the starry sky. 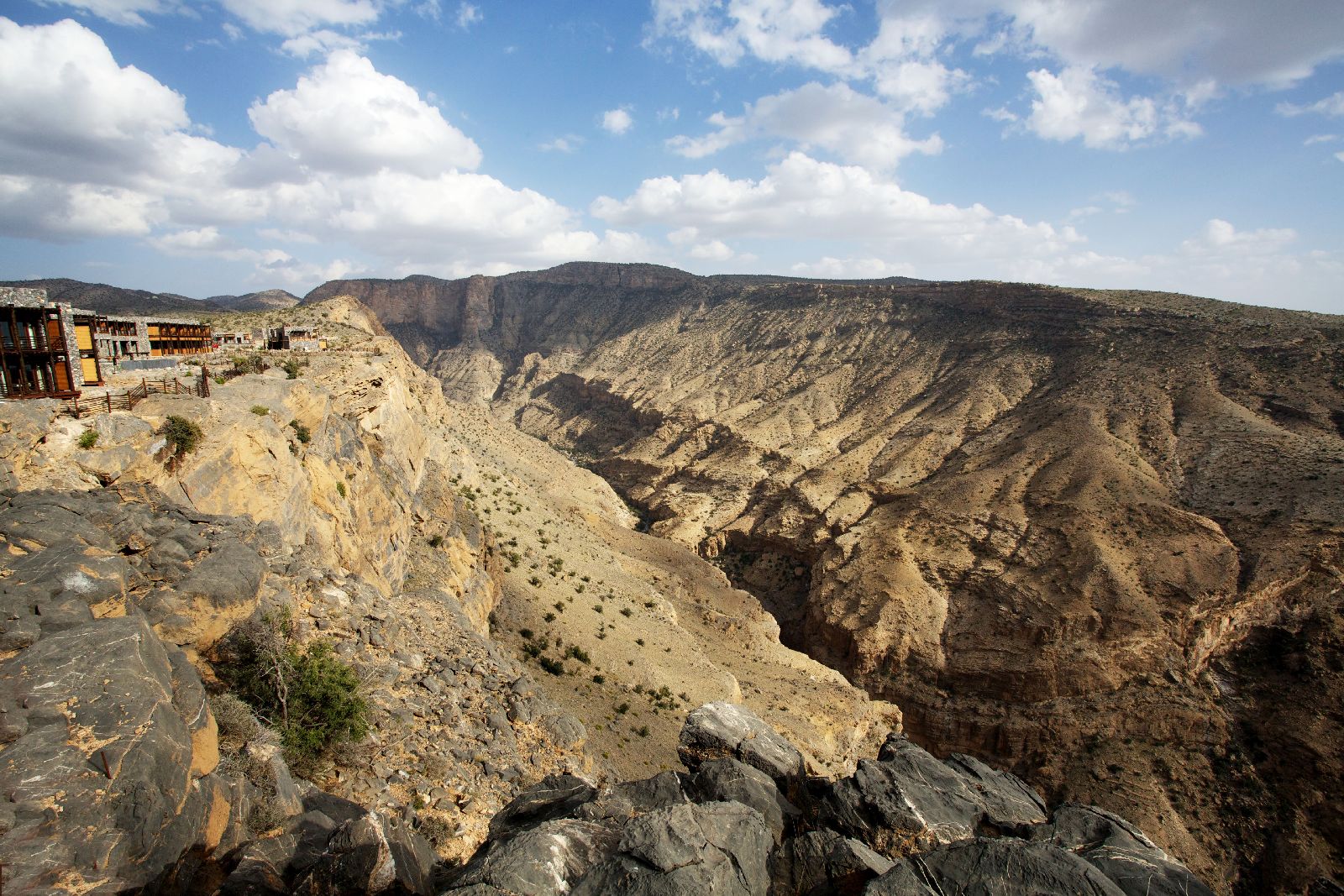 In the cools of the Al Jahar mountain range offering relief from the hot desert sun, Jebel Akhdar or the Green Mountain as it’s more famously known is a sweet spot for hiking in Oman. The highly enjoyable Jebel Akhdar hike crosses three mountain residing villages and is best enjoyed during spring when the roses, apricot and pomegranate orchards are in full bloom. Meanwhile adventurers are drawn to the mountain’s via ferrata (iron path), a famed climbing route which requires you to climb the vertical rockface and hover above spectacular canyons. Armed with a harness and carabiner clips, expert climbing guides take you through the steps necessary for the challenge, the final one being to soar over the mountain range on the country’s first ever zip line. Drinking juniper-infused cocktails at your cliffside hotel is the perfect, and hugely deserved, way to cap off days of adventure. 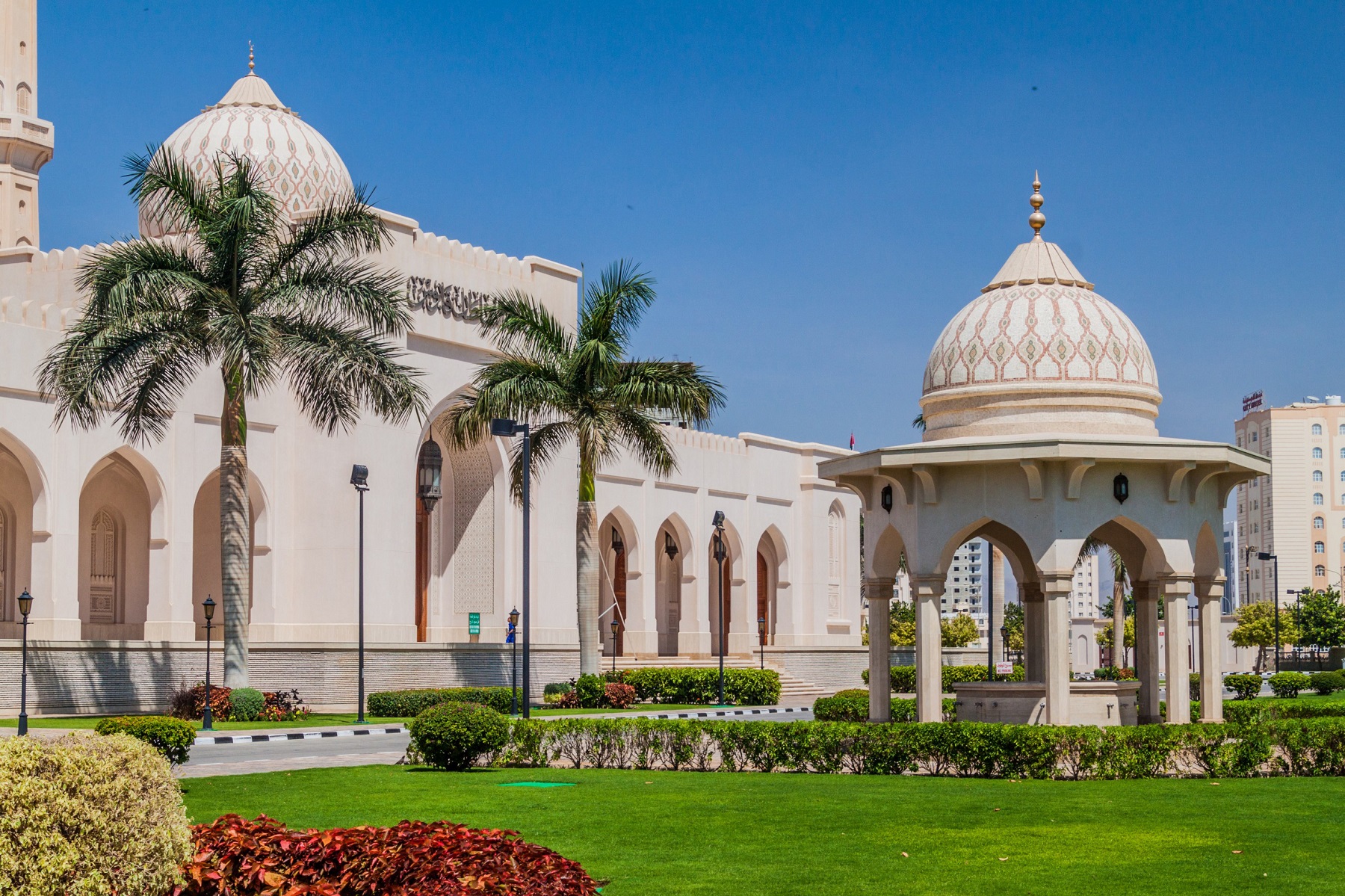 A trip to Salalah Oman reveals a green, subtropical city; verdant banana plantations, coconut studded beaches and gardens bursting with flowers all peaking during and just after the attractive monsoon season. Salalah is where the frankincense industry prospered most, the fragrance once considered more precious than gold. You can still see remnants of its ancient trading port dating back to the Queen of Sheba who reportedly built a palace there. Of the current architecture, the Sultan Qaboos Grand Mosque, encompassing over 40,000 square metres and extravagant in glittering marble white is possibly the most opulent mosque in the world while to the east, the seaside town of Taqa presents humbler abodes with a lovely, paved corniche and a 19th century castle worthy of a visit. Diving is excellent off the coastal area where you can often see humpback whales breach close to the rugged Hallaniyat Islands. 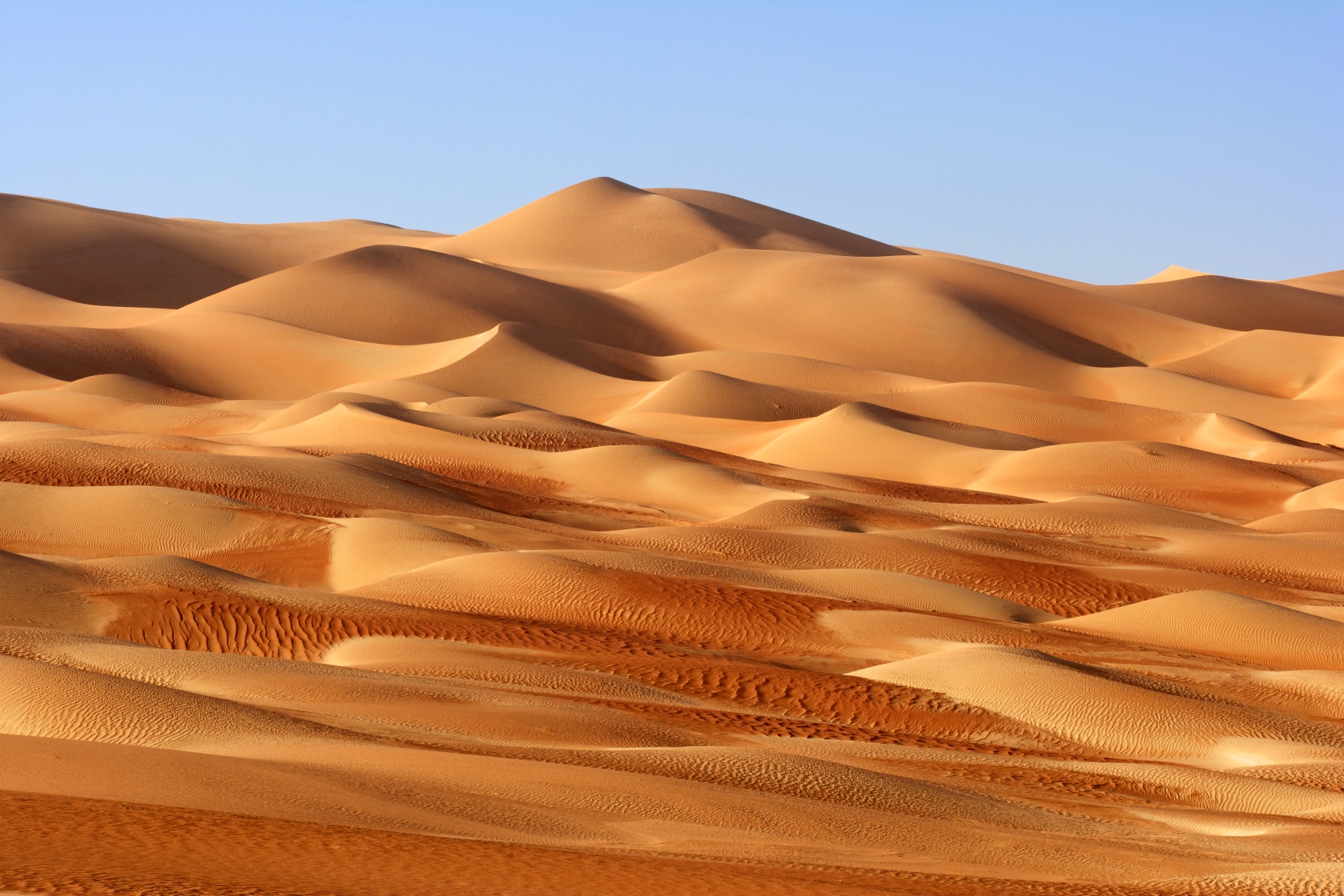 Oman’s Empty Quarter, otherwise known as Rub' al Khali, is as desolate as it sounds. The 250,000 square miles of Arabian desert is bigger than Spain and in fact the largest continuous expanse of sand in the world. Its vast, rust-coloured terrain is only accessible by flight to Salalah followed by a bumpy car ride to the desert plains where the tracks disappear into the seas of sand. The usual desert-type activities are the order of the day such as 4x4 adventures up high rearing dunes and soaring down them at breath-swiping speed as well as scenic camel rides and sand boarding in this little-explored wilderness. When the sun sets behind giant silhouettes, experience magical nights in intrepid camps or upgrade to the more exclusive, glamorous option of glamping under canvas fit for a sultan with a private chef and cocktails under the stars.