With remarkable geography and a turbulent past, Cambodia’s history shapes an intriguing identity from its culture-filled cities and lakeside communities all the way to its serene white-sand coast. The ancient citadel of Angkor Wat is only the start… 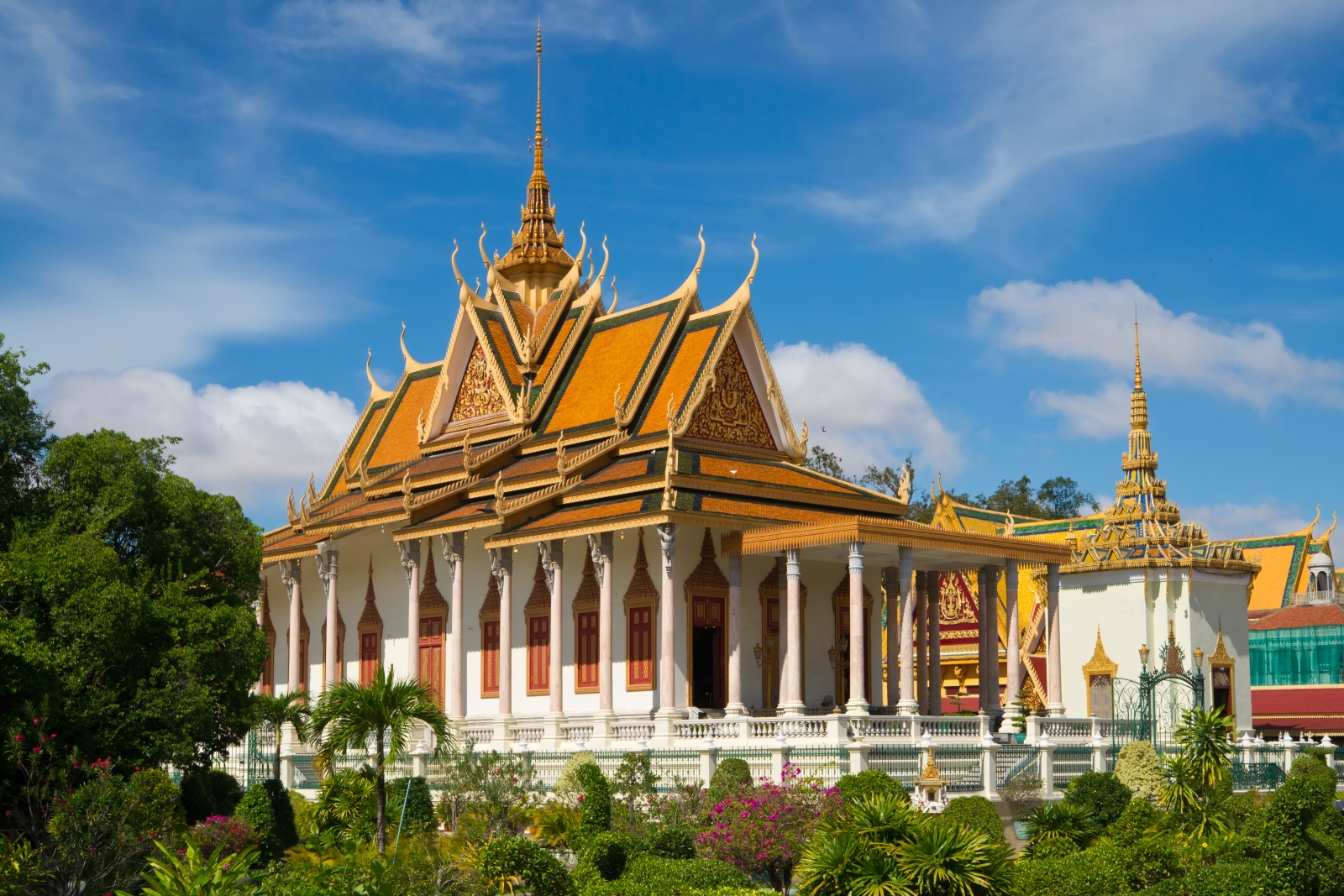 Phnom Penh has come a long way since the atrocities of the Khmer Rouge at the Tuol Sleng prison and the infamous Choeung Ek, one of over 300 killing fields in Cambodia. Today, Cambodia’s capital teeters at the cusp of a new world with a surge of boutiques, galleries and excellent restaurants combining to help forge a fresh identity. French influence still remains from its time as a French protectorate; wide boulevards, crumbling villas and cafes selling freshly baked baguettes from colonial buildings. Traces of the country’s ancient past can be found at the Royal Palace in Phnom Penh, the residence of the Cambodian King, housing the Silver Pagoda with over 5,000 silver tiles and pre-Angkorian artifacts as well as bejewelled buddhas. Soaking up the sights has never been easier be you based in Raffles Hotel Le Royal, a grand dame hotel famed for its cocktails, or La Rose Suites, a boutique retreat a stone’s throw away from the monuments. 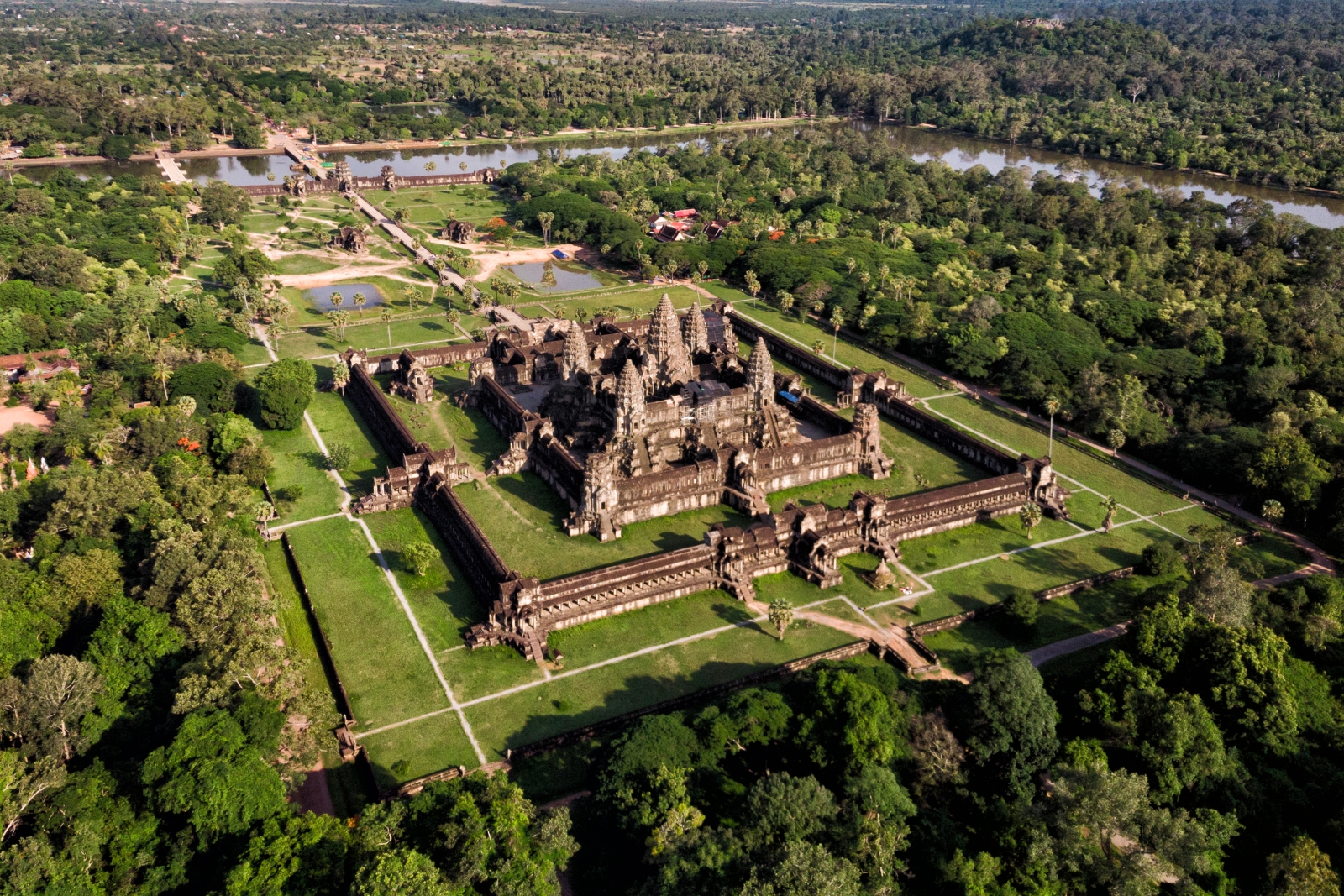 The launch pad to Angkor’s jungle temples sits only four miles north of the sprawling complex. The best hotels in Siem Reap have been polished to perfection by big-brand names fashioning luxury villas into the greenery with a nod to Khmer-style architecture. Not just a gateway, there’s so much more to this cultural city from old markets selling silk, and handmade craftwork to the NGOs that support underprivileged Cambodians; a restaurant training youths for long-lasting employment and a circus formed by an enterprise with a focus on art therapy. Nearby, the Cambodia Landmine Museum documents the important work the country is undertaking to deactivate the landmines leftover from the Vietnam War. Three days allows you to veer off the main route visiting lesser-visited sites on a Vespa or the pretty rural temples surrounding Siem Reap. 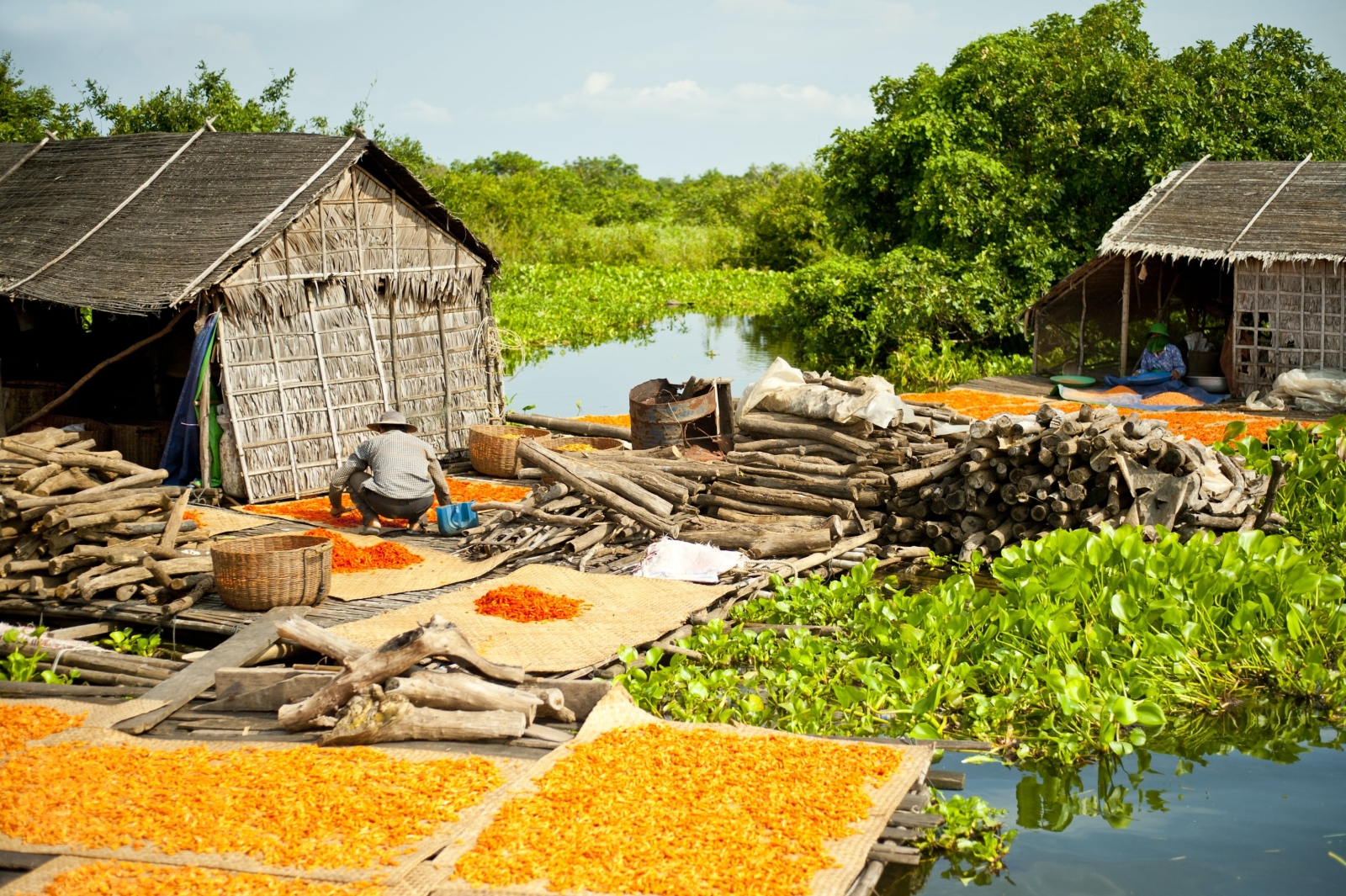 The Tonle Sap lake, Cambodia’s beating heart and lifeblood provides water to the 25% of the country’s population that lives near the water’s edges. The great lake is fed by the Tonle Sap River which joins the famous Mekong River network north of Phnom Penh. During the monsoon season, the Mekong’s torrents rage causing the water to reverse, its currents pushing back north towards the Tonle Sap. As a result, the lake swells from a depth of just one metre to eleven briefly making it the largest lake in Southeast Asia supporting a huge array of fish, mammals and bird species. Aside from this regularly occurring phenomenon, little has changed for decades around the waterside communities and their stilted houses. Its residents carry on life as it has done for generations using small vessels to circumnavigate their watery home.

THE TEMPLES OF ANGKOR 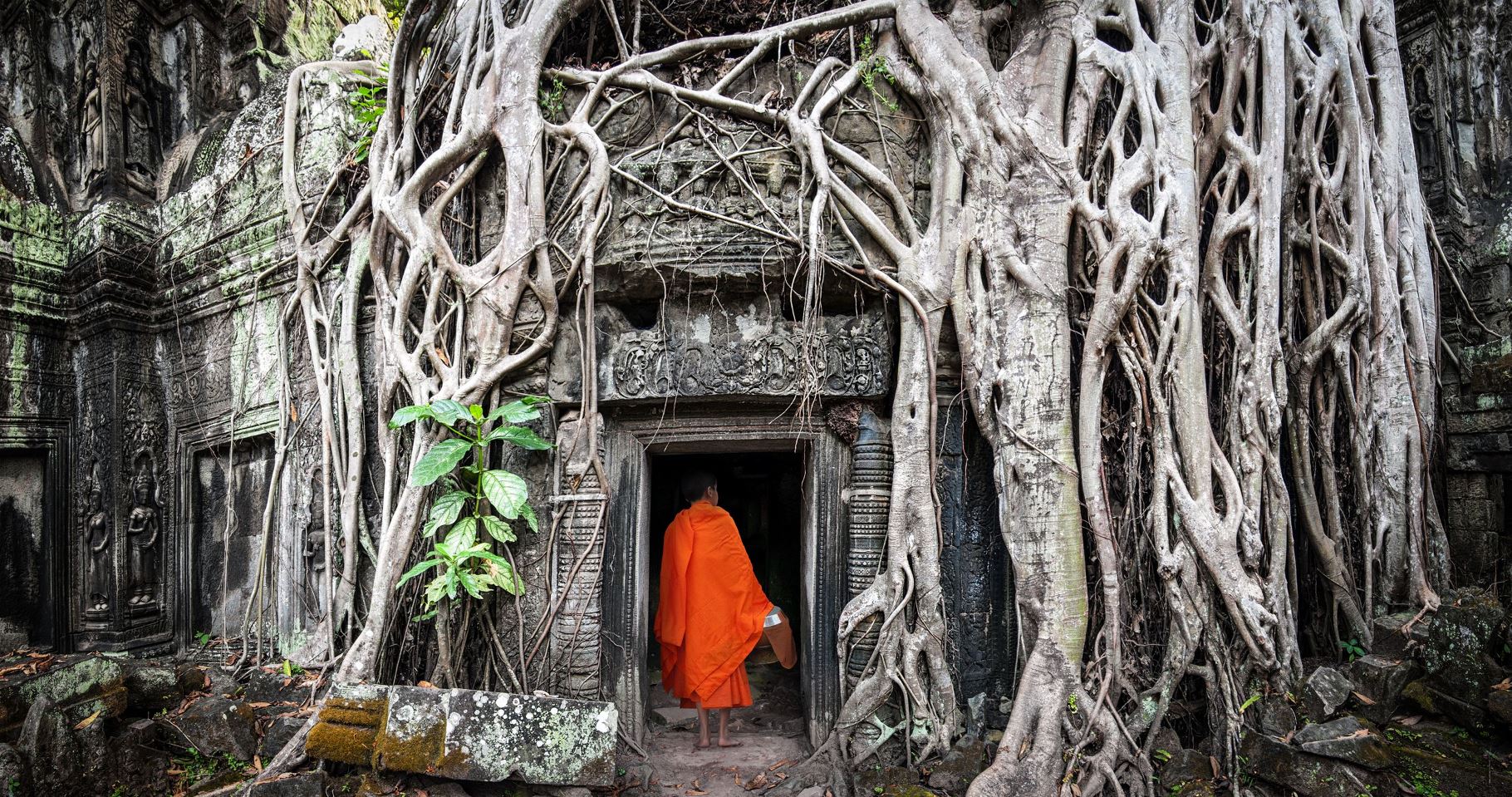 Once the glorious capital of the Angkor Empire, the UNESCO accredited Angkor and its complex of 1,000 or so crumbling temples are slowly being reclaimed by the jungle. They range from Angkor Wat the most famous for its enormity to tiny, remote structures barely identifiable from the invading vine. While roaming around, you’ll find structures built as early as 802 up to 1431 when the city was abandoned. Away from the crowds, on a bicycle or Vespa, you can almost imagine the scenes that French explorer, Henri Mouhot, vividly described in journals when he first reached the site in the 1840s. An Angkor Wat tour will sweep you through the most impressive structures such as Angkor Thom famed for its grand entrance of carved mythological figures and fortified gates. Also worth visiting is the pink sandstone temple of Banteay Srei dedicated to the Hindu God, Shiva, as well as Ta Prohm, the film location for the original Tomb Raider movie. 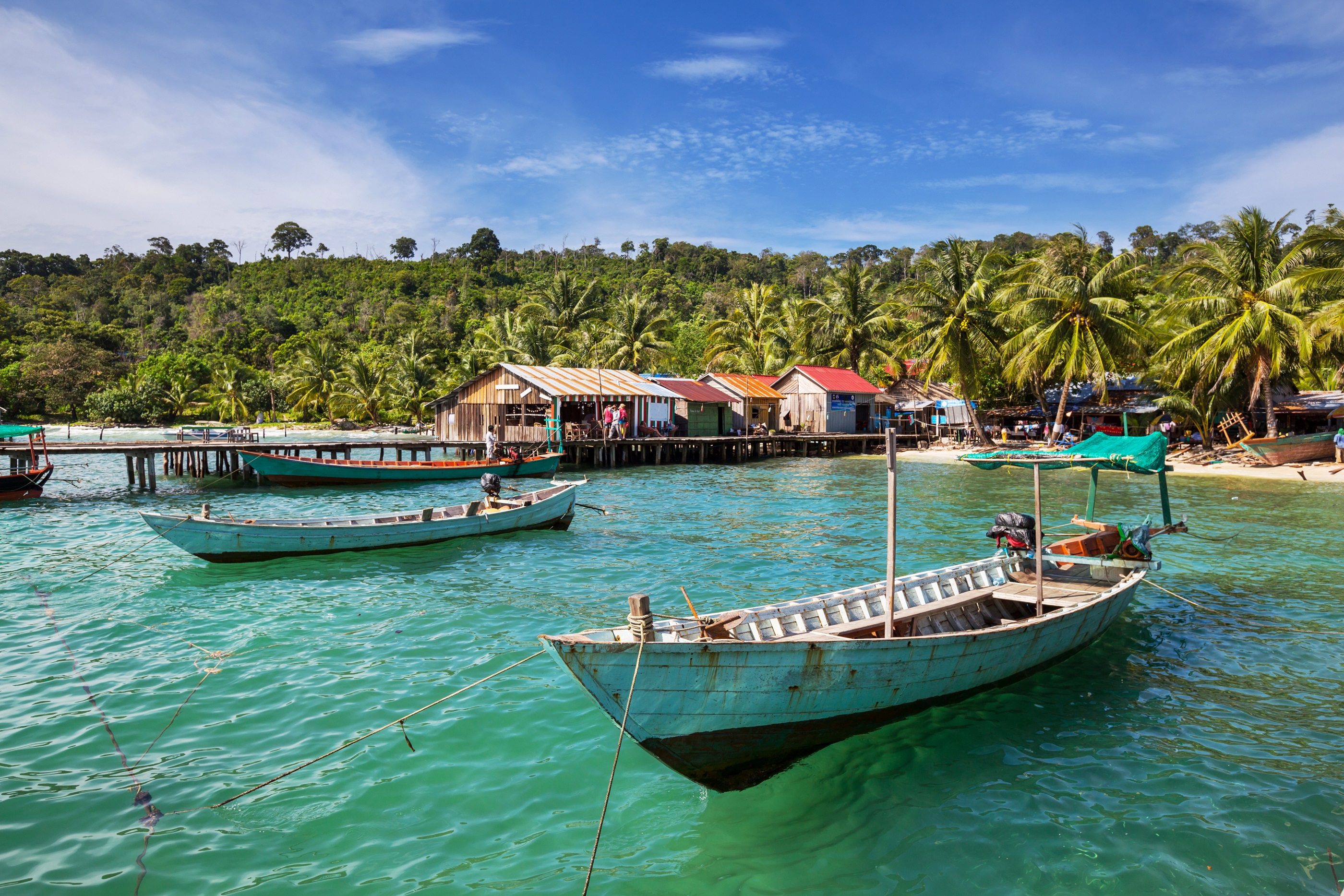 Time slows to a drift in the sleepy town of Kampot. Its French colonial architecture stands defiantly against dilapidated buildings and the shiny, new villas of the developing new world. While away the hours in a café or visit the town’s celebrated pepper farms. Further afield, head to the Bokor National Park for treks to its historic hill station or the nearby Phnom Chhnork caves to witness a 7th-century Hindu temple accessed by some 200 steps. A little further east, the town of Kep was once a seaside retreat in the 60s for well-heeled residents from Phnom Penh. While much of the architecture has since been destroyed by the Khmer Rouge, the pretty town has retained its charm. Stay at Knai Bang Chhatt, a boutique hotel built by French architects and Le Corbusier-influenced designers. Highlights include the waterside crab market and the Sailing Club at sunset serving delicious Khmer fare. 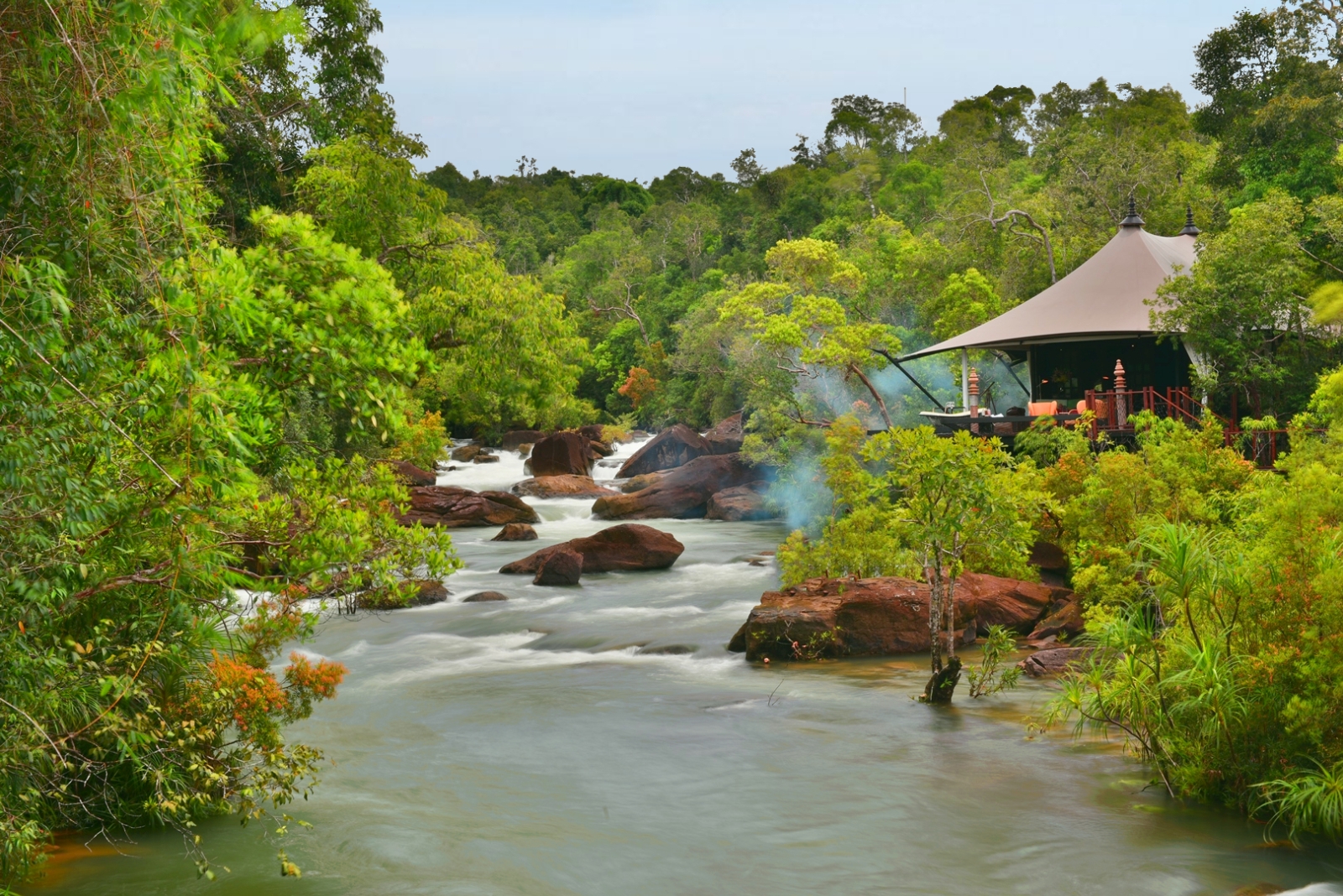 Southeast Asia’s largest remaining rainforest spans jagged mountains, gushing rivers and vibrant green overriding forest. This mountain range formed one of the last Khmer Rouge strongholds and the final scenes of guerrilla warfare. Today though it is a sanctuary for endangered flora and fauna such as great big sun bears, tree-dwelling gibbons and vulnerable clouded leopards named so for the inky dark blotches on their skin reminiscent of clouds. A walking tour reveals its wild, roaming elephants and remote waterfalls as well as tiny rural hamlets hidden in the forest. Shinta Mani Wild is a wilderness camp committed to the area’s conservation with activities ranging from animal spotting on army jeep rides and exploring jade-green rivers in a kayak to collecting data from camera traps and joining an anti-poaching team on one of their daily patrols. 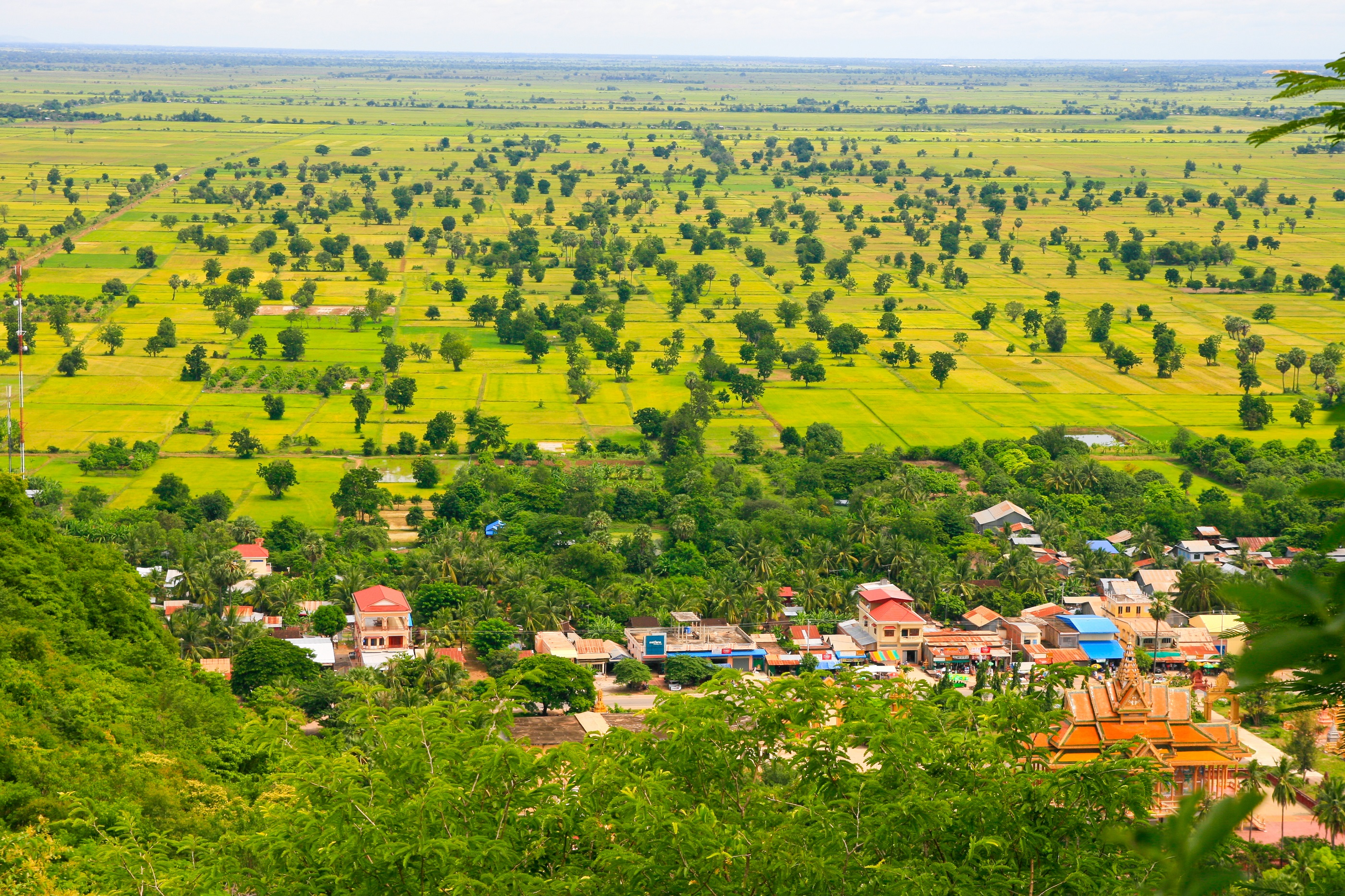 The charm of this pretty riverside town comes in the form of laidback cafes and a culture that benefits from having fewer crowds. It’s famed for a thriving art scene, championed by the Phare Ponleu Selpak circus, a standout Cirque de Soleil-style show aimed to improve the lives of Cambodia’s disadvantaged youth. Although many regard Battambang as a city, the provincial feel plays out around the surrounding countryside with ox-drawn carts rambling alongside emerald rice paddies and village markets selling local handicrafts. Throughout history, Battambang has been occupied by the Thais and French as well as the Japanese during the Second World War leaving behind a cultural melting pot. Three days allows you to unravel the rural temples and splendidly preserved French colonial architecture be it on foot, bicycle or boats along the sleepy river.

KOH RONG AND THE CAMBODIAN COAST 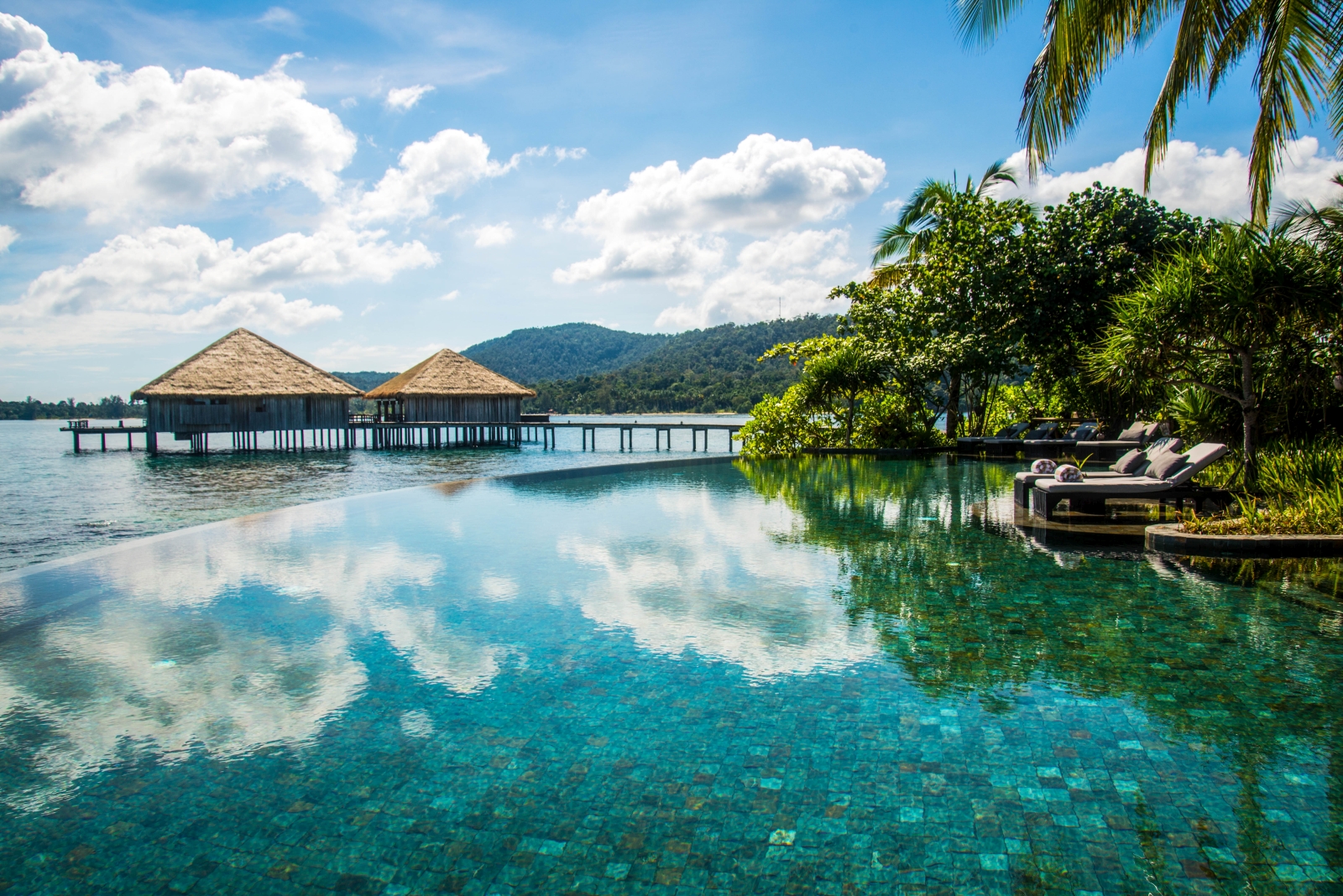 As far as Cambodian coast resorts go, Koh Rong’s powder-white sand and laidback pace tick all the boxes. While the island’s main village draws youthful party goers, venture further away from the built-up hedonism and you’ll find an escapist’s dream in the way of lush forests and wonderfully remote beaches. For exclusive downtime without compromising on culture, head to Song Saa Private Island in the blue ocean haze north-east of Koh Rong offering outstanding eco-credentials with strong ties to the local community and marine conservation practises. Not only does it boast over-water villas and a sublime beach of course but exciting safaris into the islands with a member of the conservationist team, scuba diving among the colourful marine life and traditional blessings conducted by Buddhist monks on the jetty.