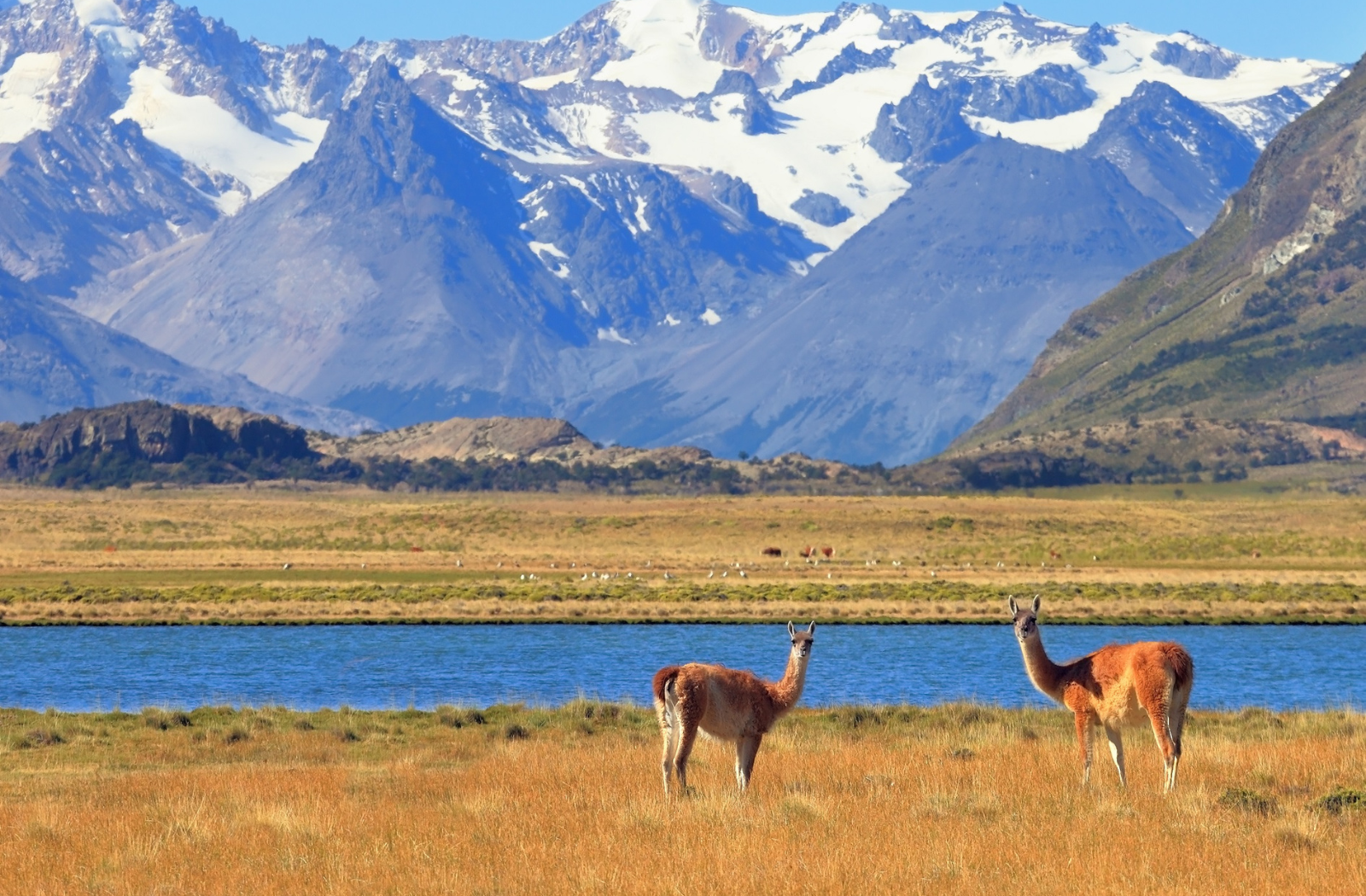 Encompassing South America’s southern regions, shared by Argentina and Chile, Patagonia is a great and glorious wilderness of immense size. The diverse landscape spans 400,000 square miles covering forests, glaciers, lakes and national parks framed by big skies and towering mountain peaks. On the eastern side of the Andes that form the natural border between the two countries, Patagonia Argentina’s Los Glaciares National Park consists of dwarfing glaciers and crashing ice sheets of stupefying magnitude. Only a couple of hours’ east, nature dominates the vast Patagonia steppe with wide-open plains, deep canyons and barren mountains. For wildlife lovers, one of the best places to visit in Patagonia is the Punta Tombo nature reserve home to the largest penguin colony outside of Antarctica. The windswept coast shimmies with wild Magellanic penguins in unbelievable numbers nesting, swimming and roaming the pebble shores. When choosing a place to rest your head Eolo is hard to beat. Soak in the breath-taking views from the terraces and indulge in the most delicious cuisine and fine wines. 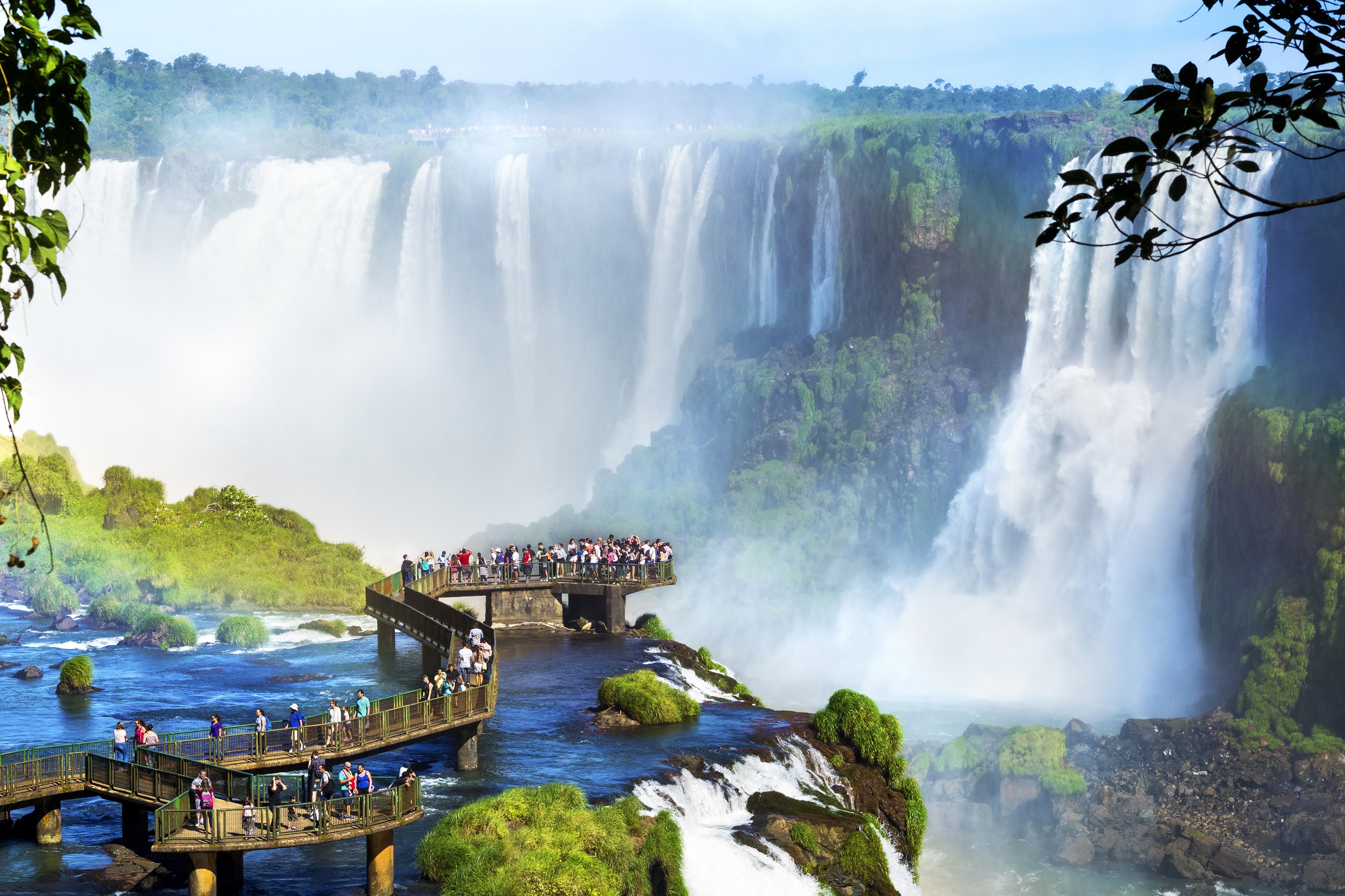 Straddling the border of Argentina and Brazil, Iguazu Falls, a series of wide-stretching waterfalls, astounds any person that comes into contact with its beautiful cascades, extreme spray and ethereal plumes of mist. The cataracts take the form of a horseshoe shape encroached by thick Atlantic Forest, cleverly veined with bridges and strategically placed viewing platforms. The Argentinian side, arguably the prettiest is where you can stand in awe at the Devil’s Throat, the falls’ largest curtain of water plunging over 269 metres. Over on the Brazilian side, Parque de Aves, you’ll find a haven for bird lovers including toucans, harpy eagles and hundreds of macaws as well as flocks of flamingos and scarlet ibises that score the lakes. They are only a few of the tropical creatures that thrive in the UNESCO-credited Iguazu National Park, the surrounding rainforest habitat home to 200,000 species of plants and extraordinary mammals such as jaguar, puma, and noisy capybara. Occupying a 25-acre area of privately-owned rainforest, a stay at Awasi Iguazu promises wildlife literally on your doorstep. 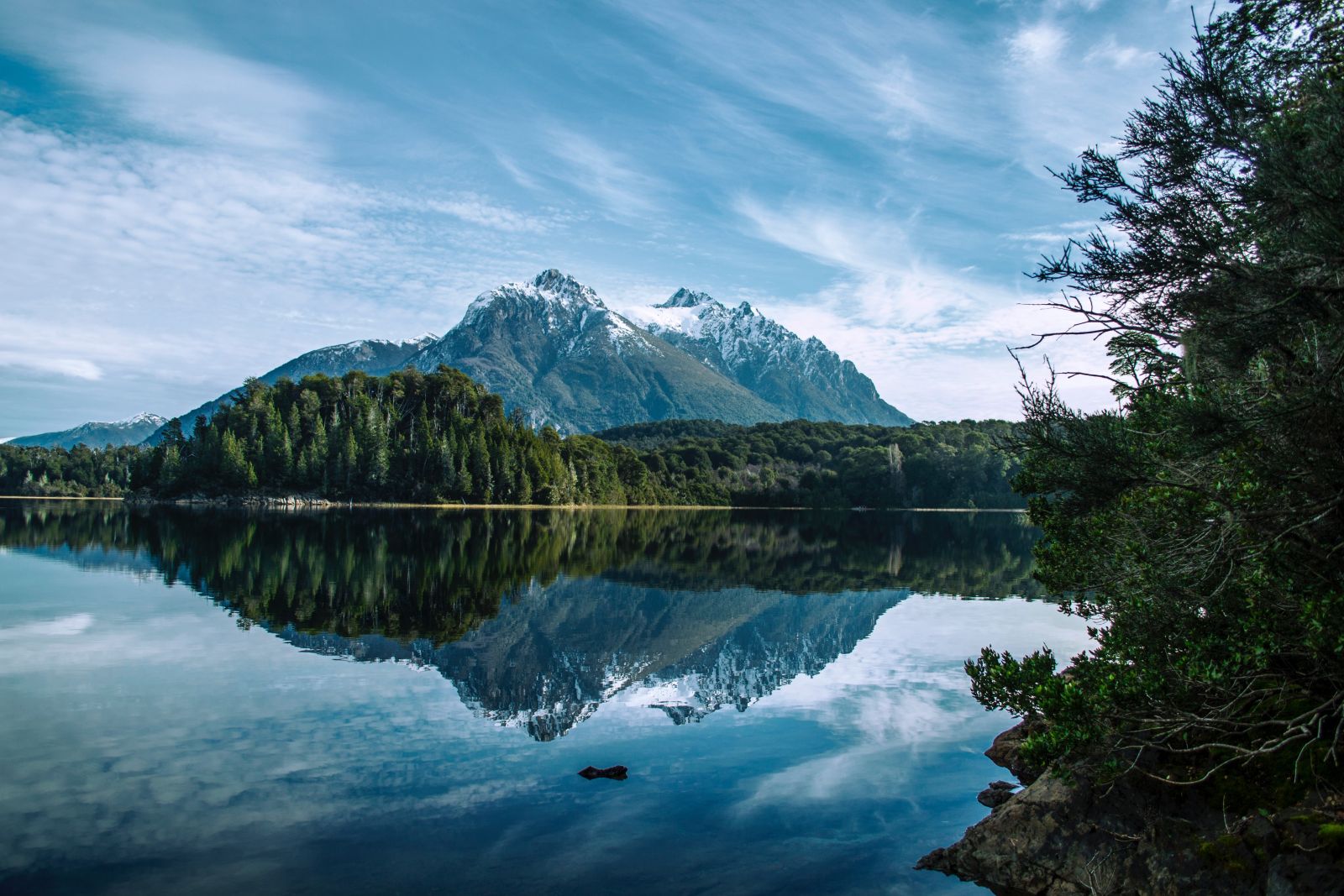 A landscape of never-ending snow-capped mountains and a network of stunning-blue lakes, the Lake District is an area of supreme natural beauty. Once part of the vast Patagonia Ice Field, today the lakes lie serenely placid as if never disturbed in their lifetime. They’re accessed by the alpine town of San Carlos de Bariloche, a base from which to enjoy pastoral pastimes such as trekking in the great outdoors and fly-fishing in the reflective water. During the winter, the mountains transform into dazzling ski slopes that melt into the icy blue pools. Road trips are one of the best ways to explore the area, the loveliest panoramas set around Lake Nahuel Huapi, the region’s largest lake where you can breeze along Circuito Chico, a 17-mile loop to absorb the sheer size. Meanwhile the adventurous can go river rafting down thrilling rapids while you can also enjoy quieter boat rides at sunset. Llao Llao Resort offers something for every guest, with an 18-hole golf course and a marina and beach. Sumptuous treatments in the spa are the ideal way to end an active day.

THE WINELANDS OF MENDOZA 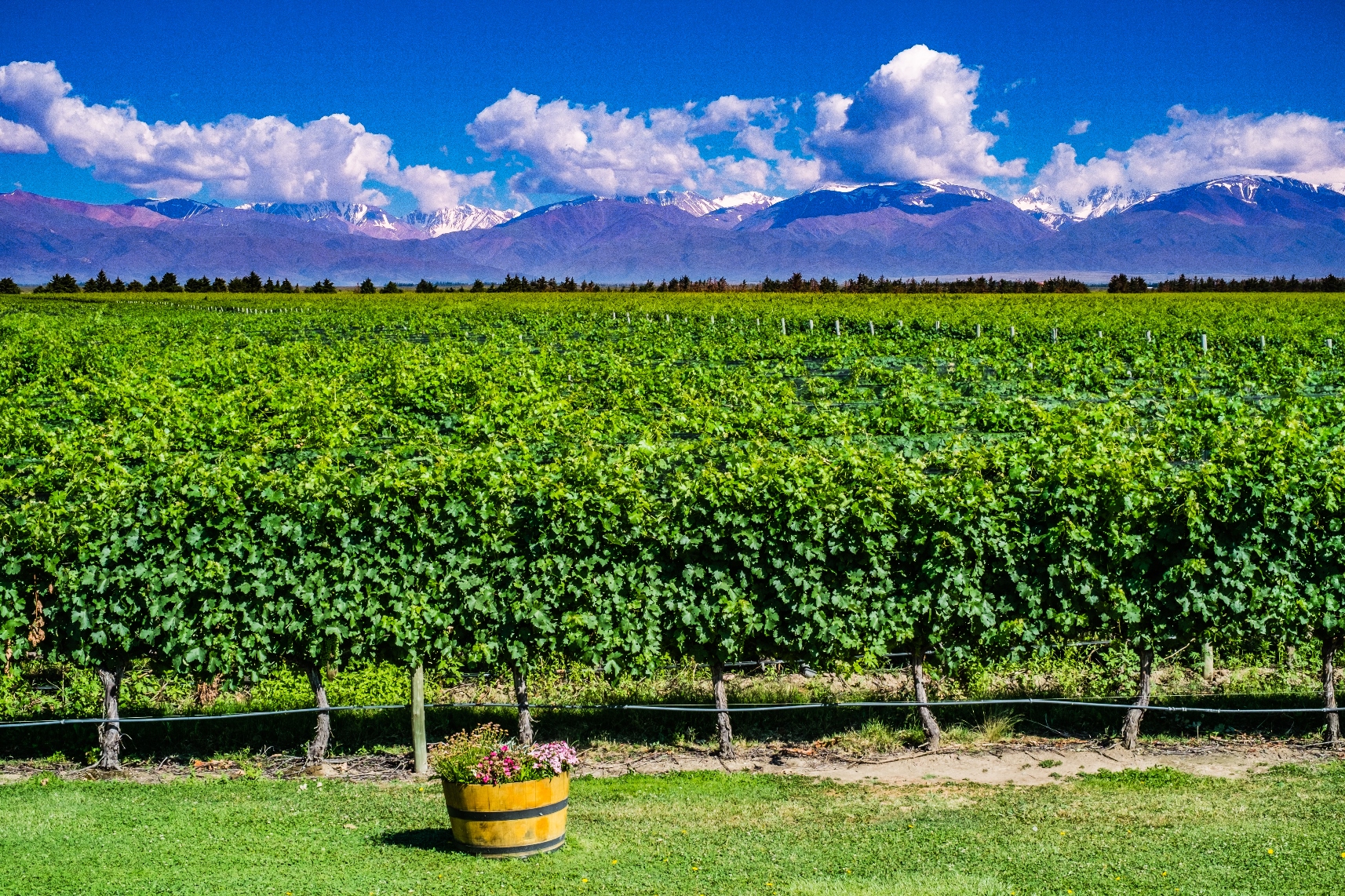 South of Buenos Aires, Mendoza vies for attention with its rolling vineyards and high-end wineries. This is where the country produces its celebrated Malbec wine in vineyards staged by the Andean Mountain peaks. The fertile valleys draw elite oenophiles and gourmet enthusiasts including superstar Argentinian chef, Francis Mallmann, known for his spectacular asados cooked traditionally on an open flame. Sunny, warm days are spent touring the wine estates at your leisure and gourmet private picnics in secluded spots. Here, some of the top producers have set up state-of-the-art cellars, smaller and independently run for the highest quality tipple. The experience is rustic yet undeniably superb marked by endless tastings and long lunches that seep into dinner time. Mendoza city is also worth a visit reputed for upscale dining and an injection of lively local culture. Set in the heart of the wine region, Cavas Wine Lodge is an idyllic base to retreat to with individual guest villas dotted around the estate. 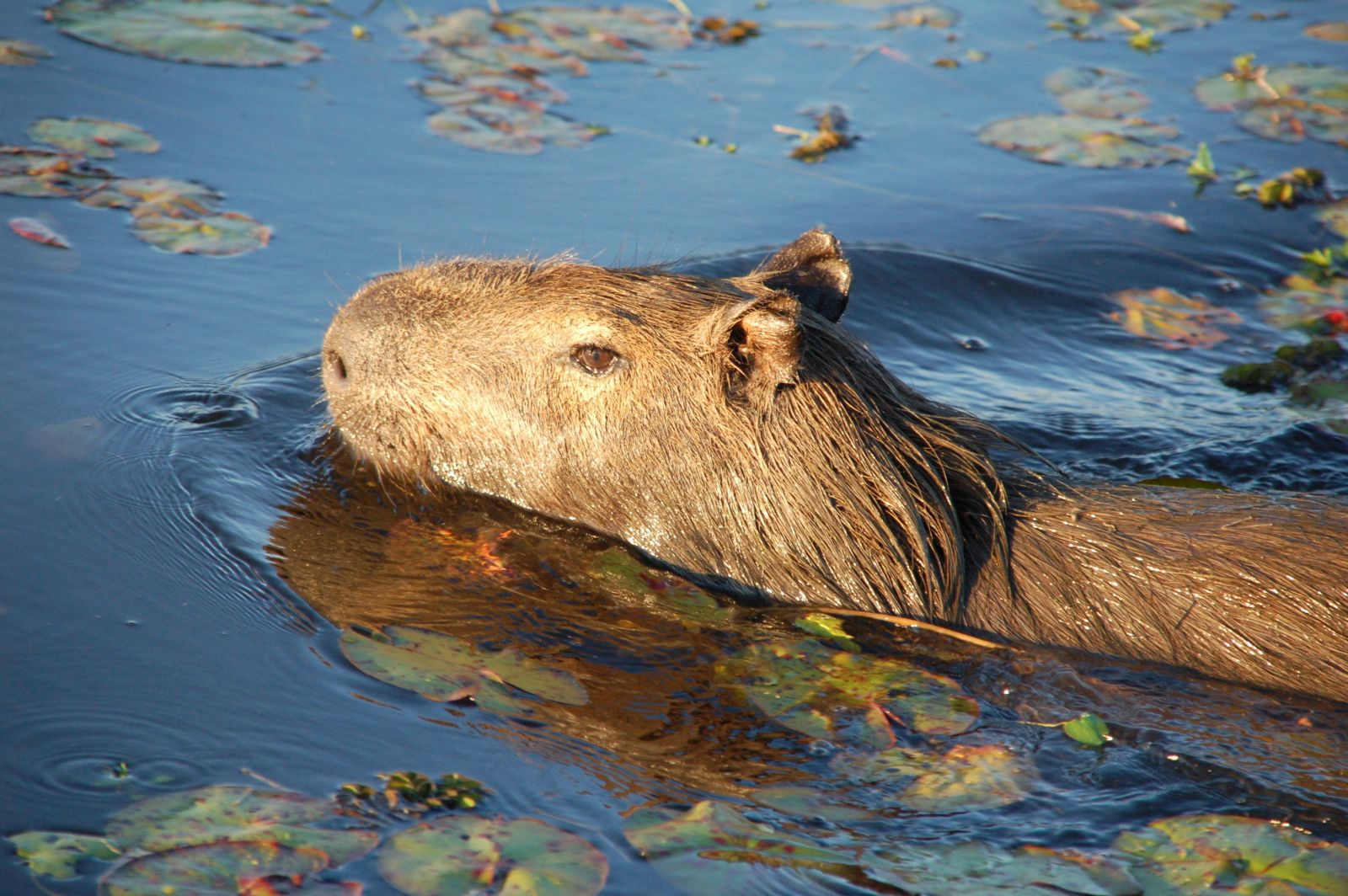 In the north-east of Argentina, the Iberá Wetlands, a mass of marshes and freshwater lagoons blanket an area of ambitious conservation. They sit in the Iberá National Park, that protects a portion of its grasslands in an aspiring rewilding programme established by conservationists Doug and Kristin Tompkins, co-founders of North Face and Patagonia. Here nature has been left to run its course and once vanished creatures such as giant anteaters, tapirs and the elusive jaguar slowly reintroduced. Other extraordinary wildlife includes capybaras (giant guinea pigs), wild cats and wolves. Here the birdlife reigns supreme especially in the migratory months between September and May where you can spot the coloured plumages of the red-crested cardinals, comical looking large-billed terns and tall marguari storks that forage in the shallow water. Puerto Valle is a smart estancia set in a remote spot on the banks of the Rio Parana, the perfect location for natural exploration on foot or by kayak. 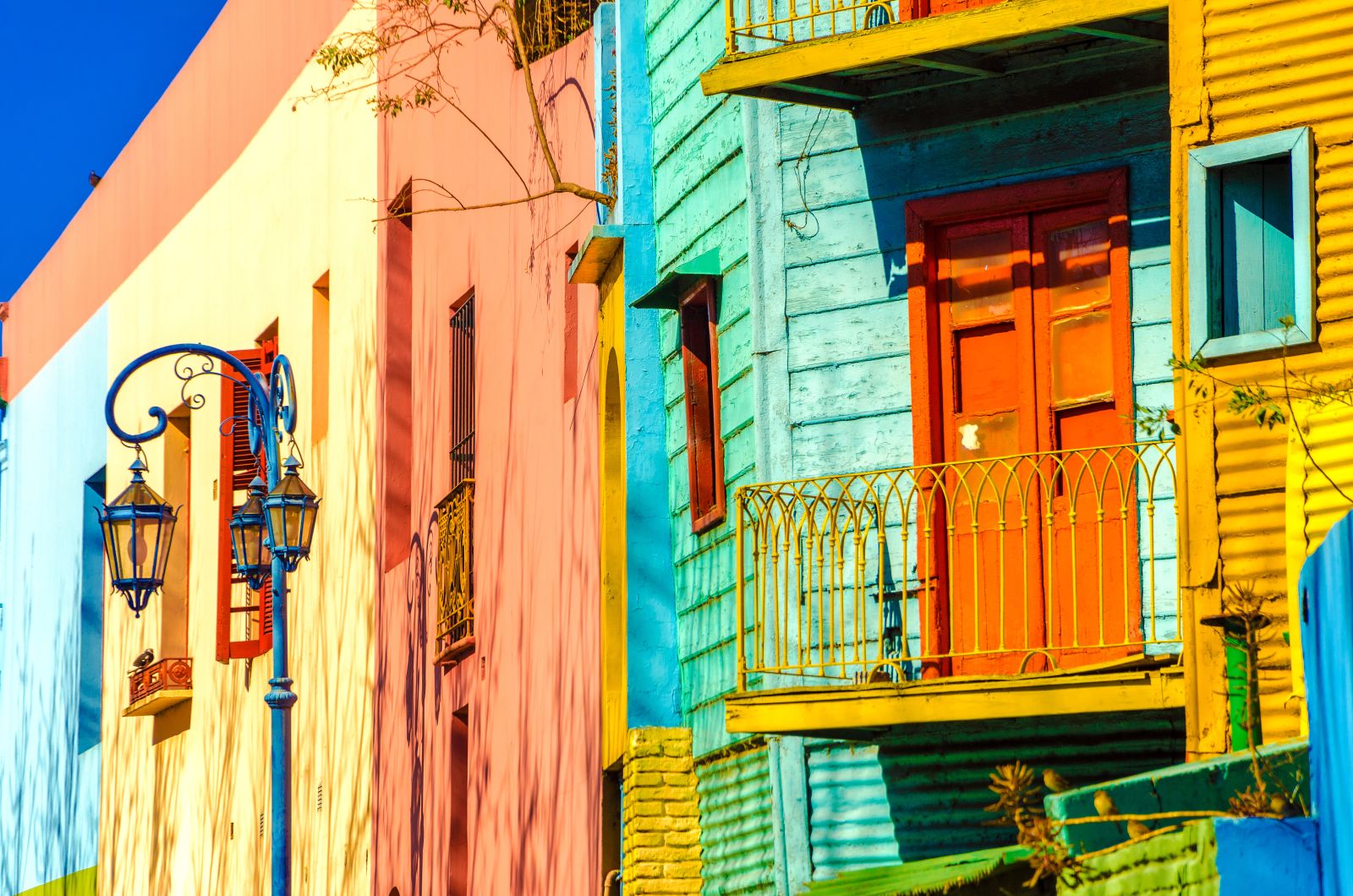 Since the beginnings of its conception, the capital city of Buenos Aires has been known as The Paris of South America; an enduring love affair of sultry tango, sizzling steak and rich European-style architecture. Plaza de Mayo, the city’s beating heart, has witnessed many monumental events in Argentine history including Eva Peron’s passionate speech on the balcony of Casa Rosada. Her final resting place lies in Recoleta, a well-heeled district of neoclassical buildings and marble staircases, its cemetery among the world’s most beautiful with elaborately decorated graves of Argentina’s polititcians and presidents. Visit La Boca, a neighbourhood filled with colourful painted houses considered the birthplace of tango. Cobbled San Telmo exudes an old-world romance from antique shops to dancing in the streets. Meanwhile, down on the waterfront, Puerto Madero, a cosmopolitan hotspot, hosts some of the city’s smartest bars and finest restaurants.

SALTA AND THE NORTH-WEST 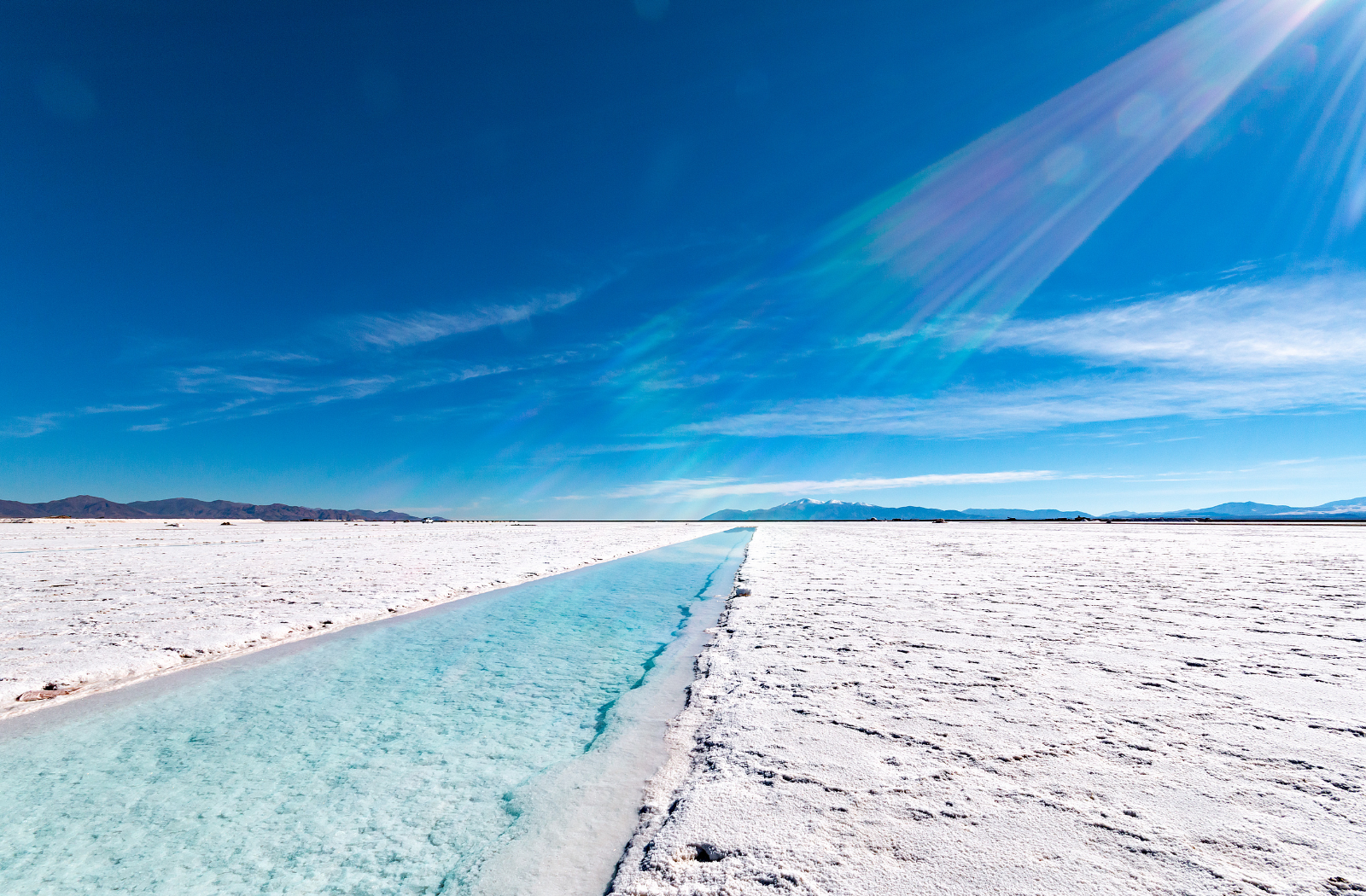 A slower pace of life sets the tone in Salta and the rugged northwest. Small high-altitude wineries, ochre deserts and lofty plateaus make up this lesser explored but stunning landscape. In Salta city, the surrounding Andean mountains frame its preserved colonial architecture. Roam the rural territory on four-wheel drives stopping at the ‘Train in the Clouds,’ the world’s fifth highest railway offering teetering views of gaping arid canyons. Along the way, the Salinas Grandes reveal scintillating spectacles; cracked desert salt flats punctured by turquoise square pools carved by working miners. In the Jujuy province, the Calilegua National Park’s subtropical wilderness protects jaguars, ocelot and tapir, guarded by the indigenous Kolla communities. Discover remnants of an ancient Inca city in El Shincal Catamarca and blissfully without the crowds. Meanwhile, La Rioja sits in the dusty foothills of the Velasco mountain range, its main draw being the Talampaya National Park, a UNESCO World Heritage Site renown for its fortress-like rock structures and red-soil canyon, a site of excavated dinosaur fossils.