Home to some of Africa's most dramatic landscapes, Zimbabwe is a destination which surpasses all expectations. Glide over Victoria Falls, watch game in lesser developed national parks and explore ancient ruins. 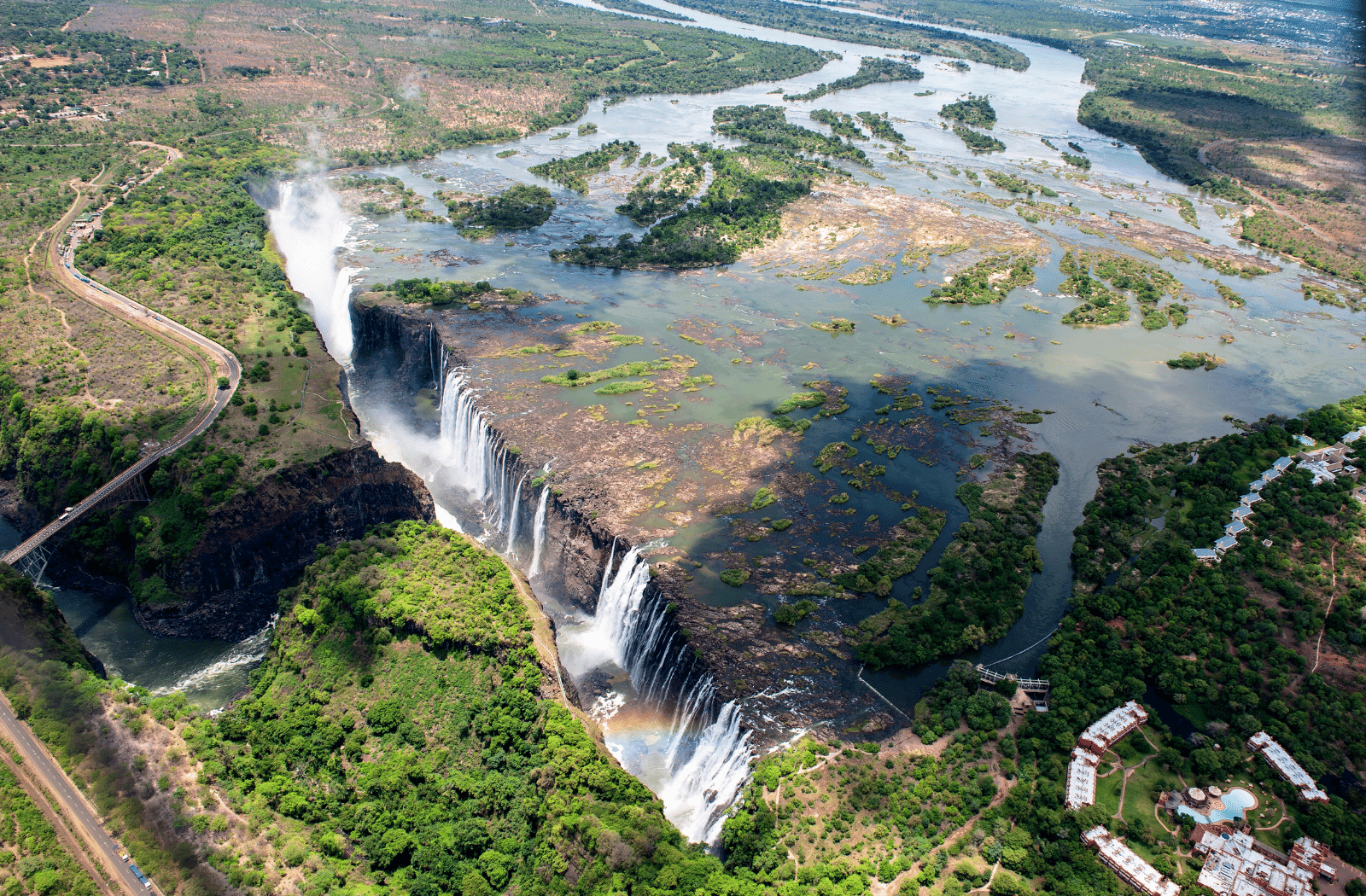 One of the seven natural wonders of the world, Victoria Falls on the Zambezi River is a jaw-dropping spectacle with more than five hundred million cubic metres of water per minute plummeting into a gorge a hundred metres below. It’s located on the border of Zambia and Zimbabwe; for the best views of the falls, as well as the Eastern Cataract (the second highest point), and the Boiling Pot – where the river flows down the Batoka Gorge – head to the Knife Edge Bridge. Other top vantage points include Livingstone Island (from here, in certain seasons, you can take a dip in Devil’s Pool on the very edge of the waterfall), the Falls Bridge and the Lookout Tree – all of which have stunning views. The best time to visit the Victoria Falls is February to May, after the summer rains when the water is at its greatest volume. 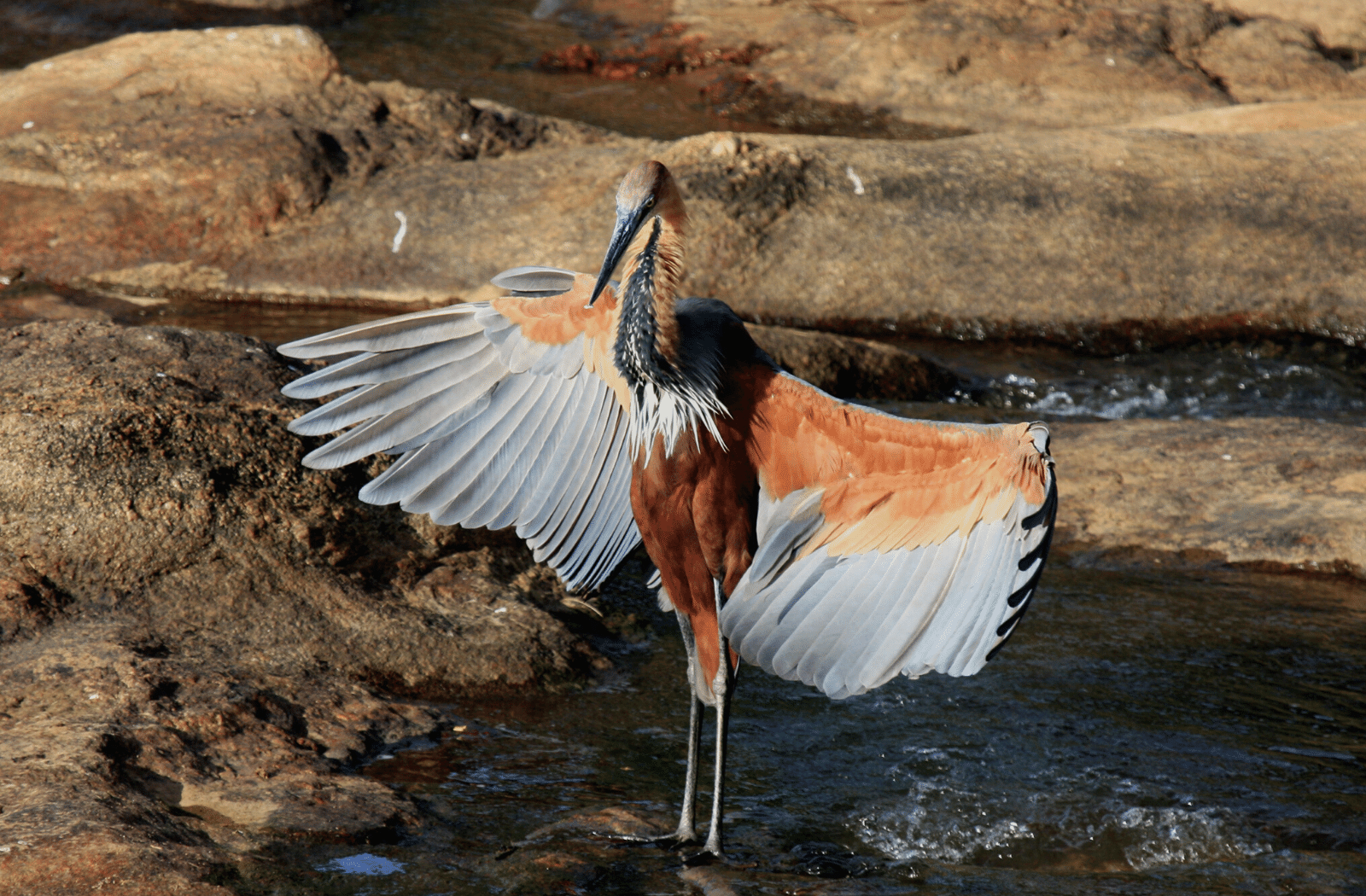 Lake Kariba is ideal for those seeking a remote, secluded safari experience. On the border of Zambia and Zimbabwe, this is the world’s largest man-made lake and reservoir: it’s over 140 miles long and up to 20 miles wide (it was filled between 1958 and 1963 following the completion of the Kariba Dam at its north eastern end). The wildlife viewing is excellent; the best sightings of animals such as crocodile, elephant and hippos are usually along the southern shore – explore by boat or canoe. Birdwatching is pretty special too: look out for species such as African fish eagle, saddle-billed storks, goliath herons and African skimmers. 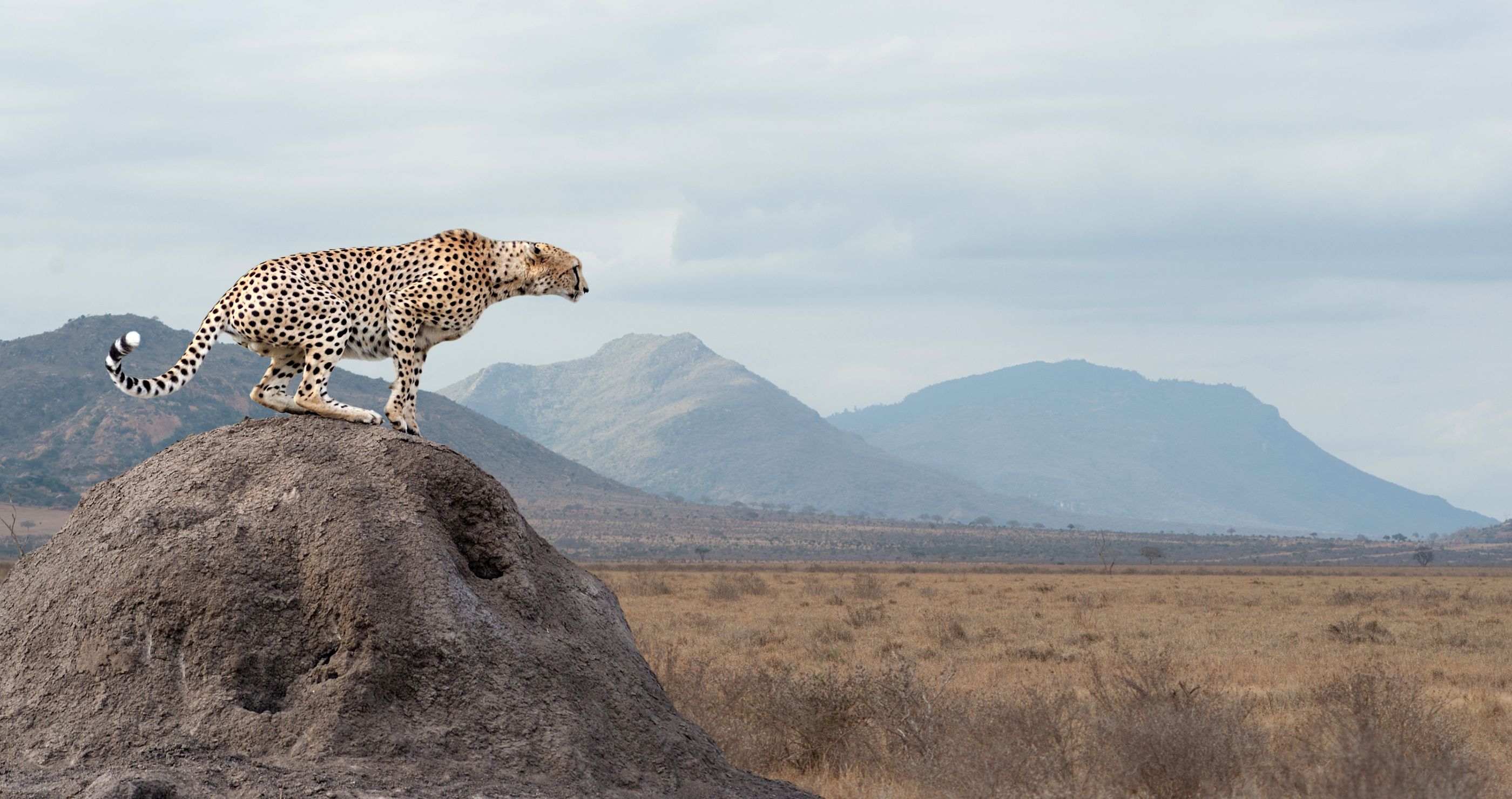 One of the country’s top safari destinations – and its largest natural reserve at 14,600 sq km – Hwange National Park is home to over 100 mammal and 400 bird species. These include all of Zimbabwe’s protected animals, such as gemsbok, African leopard, spotted hyena, cheetah, small numbers of brown hyena, and a large group of Cape wild dogs. Lions are another major predator and, since 2005, the area is considered a Lion Conservation Unit. The best time to visit Hwange National Park is the dry season months of August to early November, when the game viewing is at its best and the malaria risk is at its lowest. Handily, Victoria Falls to Hwange National Park is only an hour’s drive. 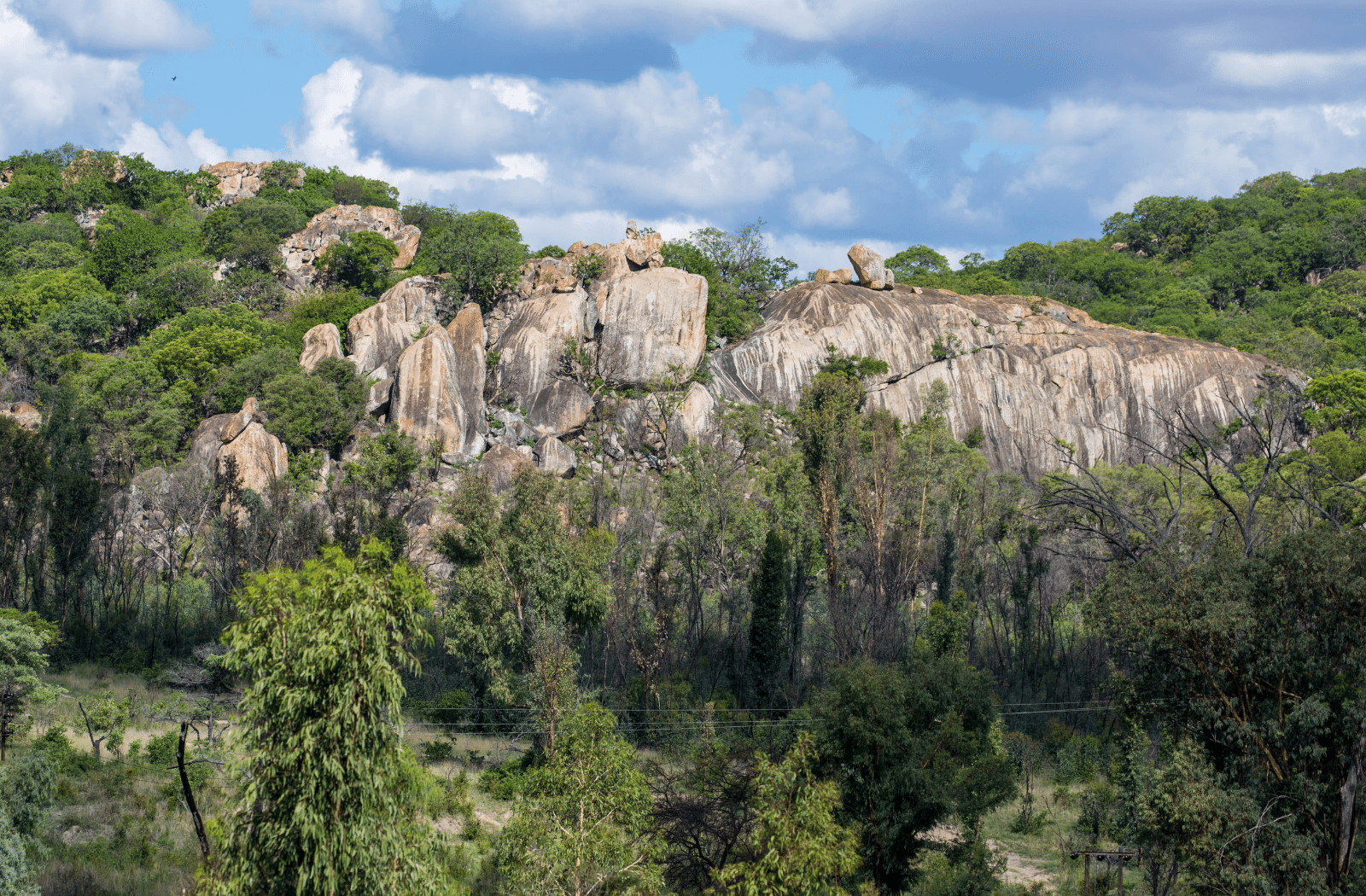 A designated UNESCO World Heritage Site since 2003, the Matobo Hills are dramatic rock and boulder formations created by the erosion of the granite plateau, that cover around 1200 sq miles. Part of the otherworldly landscape is the Matobo National Park, where visitors might glimpse game such as white rhinos. Wildlife aside, the big draw here is the 3,000 caves adorned with rock art that dates back up to 10,000 years old - it’s one of the best collections of San Bushmen paintings there is. Don’t miss the Matobo balancing rocks: the burial site of 19th-century imperialist Cecil Rhodes has a panoramic vista that live up to its nickname World’s View. 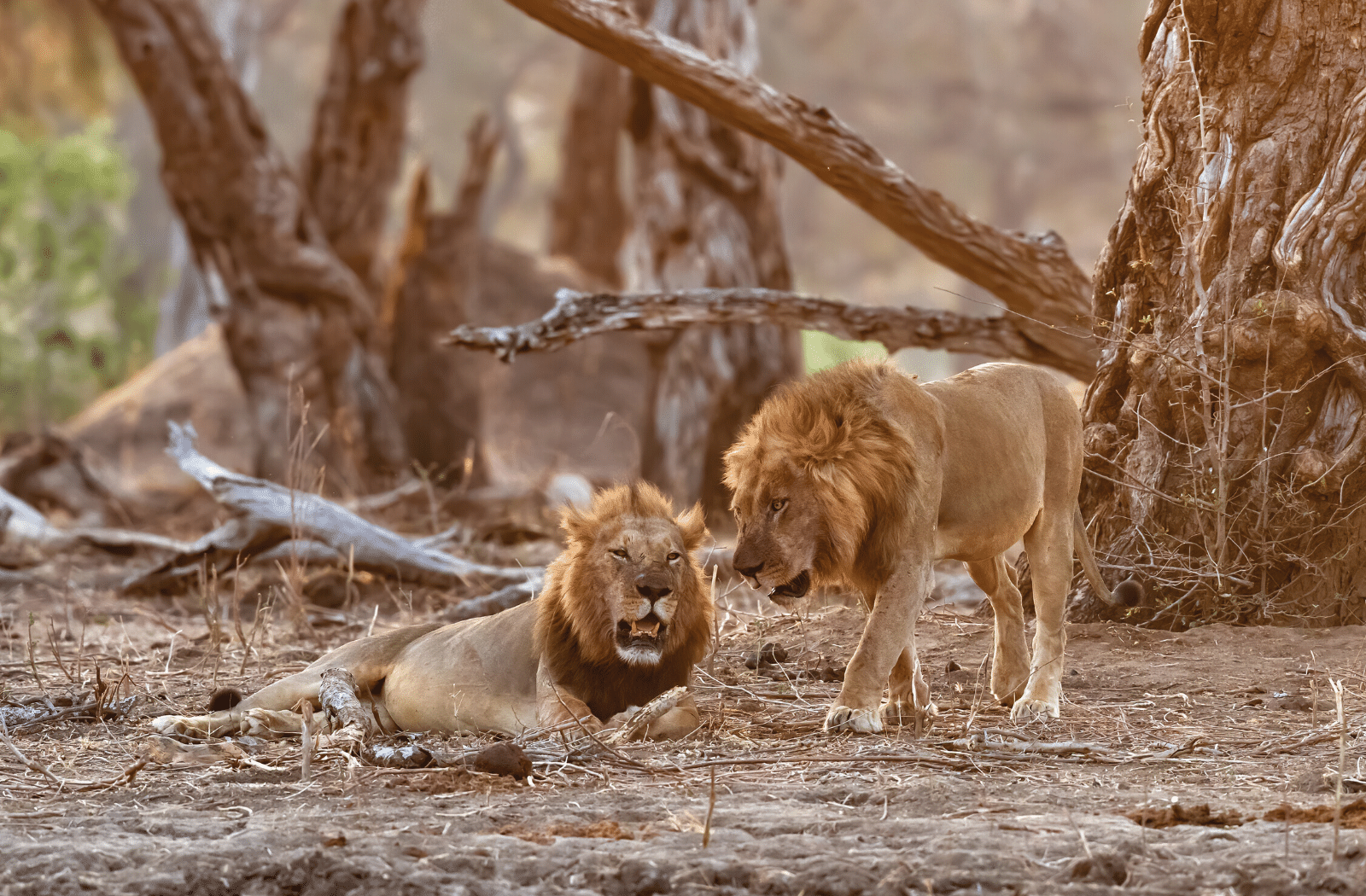 An unspoilt wilderness with four permanent large pools formed by the Zambezi River and flood plains that turn into an expanse of lakes after each rainy season, Mana Pools National Park is one of the most renowned (and least developed) game viewing regions in Africa. Expect large numbers of hippo and crocodiles; dry season populations of zebra, elephant and Cape buffalo; over 350 bird species; and threatened mammals including lion, cheetah, Cape wild dog, leopard and brown hyena. The best time to visit is in the dry season, between April to October, when the lush flood plain dries up and attracts many larger animals. 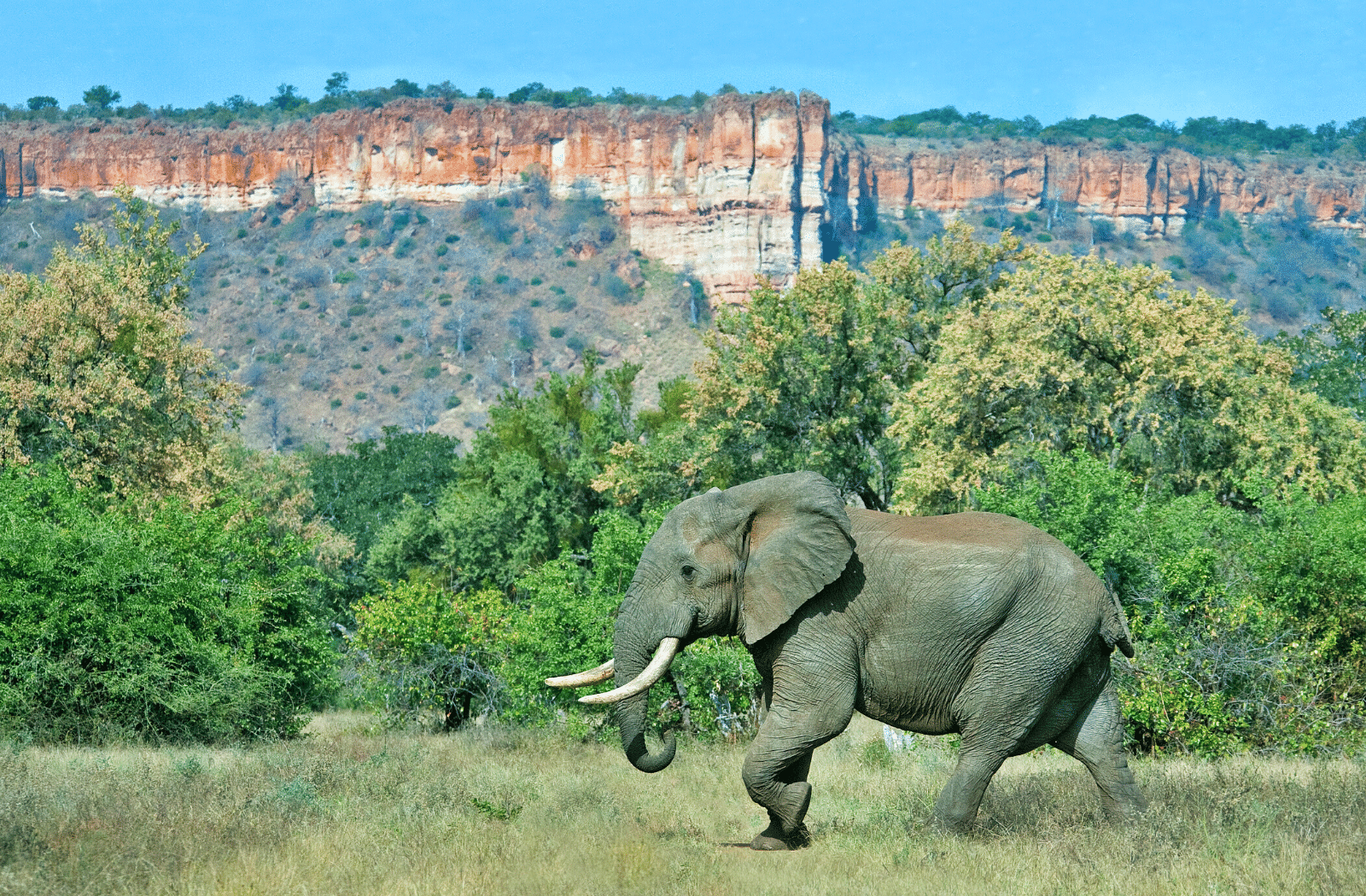 Gonarezhou means the ‘place of the elephants’ and this national park, which is the second largest in Zimbabwe and is found in the relatively remote south eastern province of Masvingo, is home to around 11,000 of them. At the heart of its rugged landscapes are the towering red sandstone Chilojo Cliffs that overlook the Runde River valley. It’s rich in game so keep binoculars at the ready for spotting lion, leopard, cheetah, hyena, giraffe, buffalo and zebra. 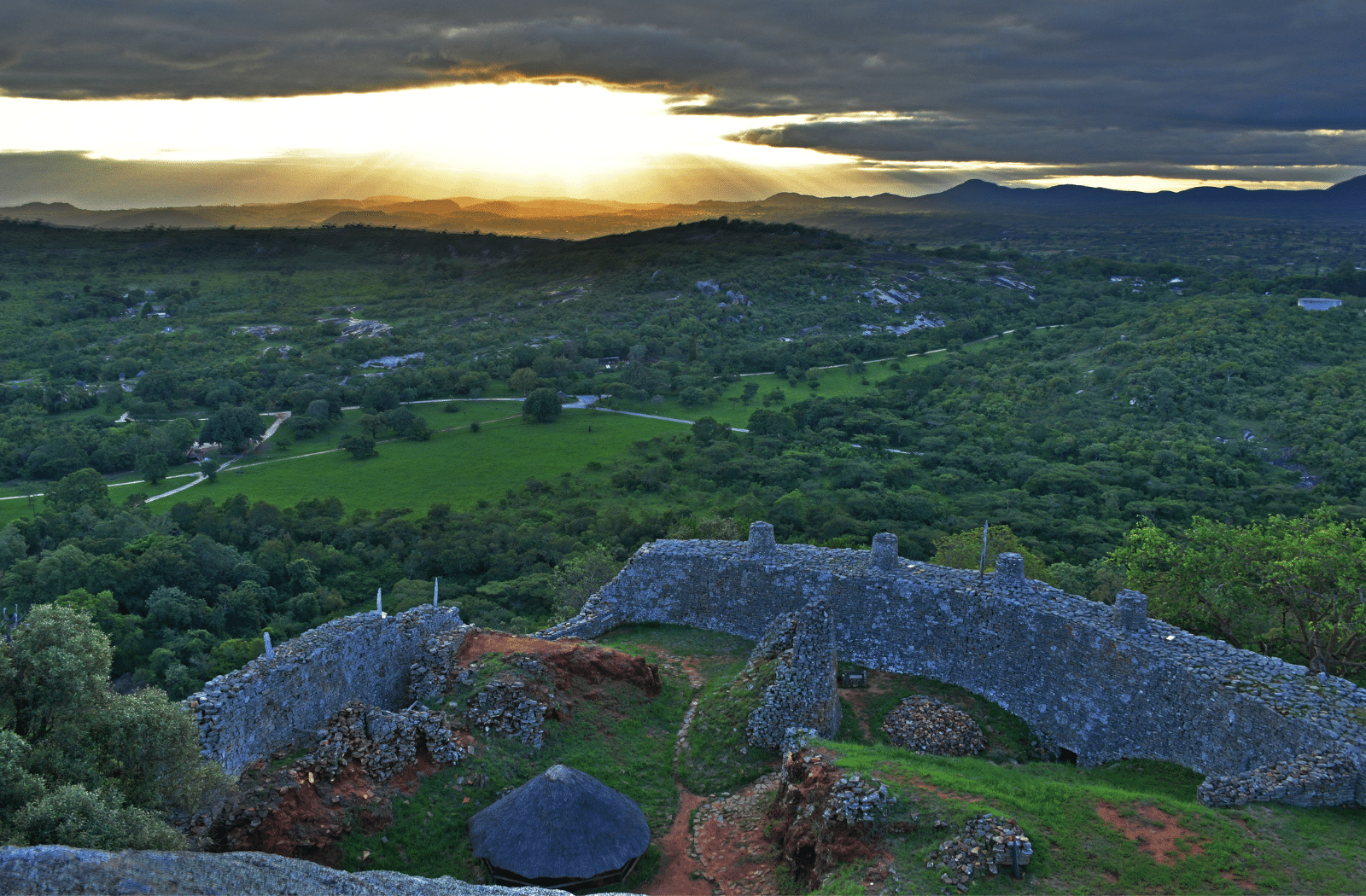 Stone ruins of an Iron Age City, Great Zimbabwe lies in the south-eastern hills near Lake Mutirikwe. It is believed to have been built by the Shona population, serving as a royal palace for the local monarch, as well as the capital of the Queen of Sheba. It spans nearly three miles and, at its peak, could have housed up to 18,000 people. Eventually abandoned when it fell into ruins, today, this fascinating UNESCO World Heritage Site forms three distinct architectural groups: the Hill Complex, the Valley Complex and the Great Enclosure. Key features include the dry-stone walls, some of which are 11 metres high, and the soapstone birds – eight birds carved in soapstone that were found in the ruins and are now on Zimbabwe’s flag.