Almost all first-time visitors to Tanzania head straight to the Serengeti – and it’s easy to see why. But there’s plenty to explore beyond the Serengeti too, from far-flung reserves with a clutch of off-grid boutique camps, to the white sand shores of the ancient freshwater Lake Tanganyika. To help you plan, we’ve rounded up the best places to visit on a luxury Tanzanian safari holiday – including where to go to swerve the crowds… 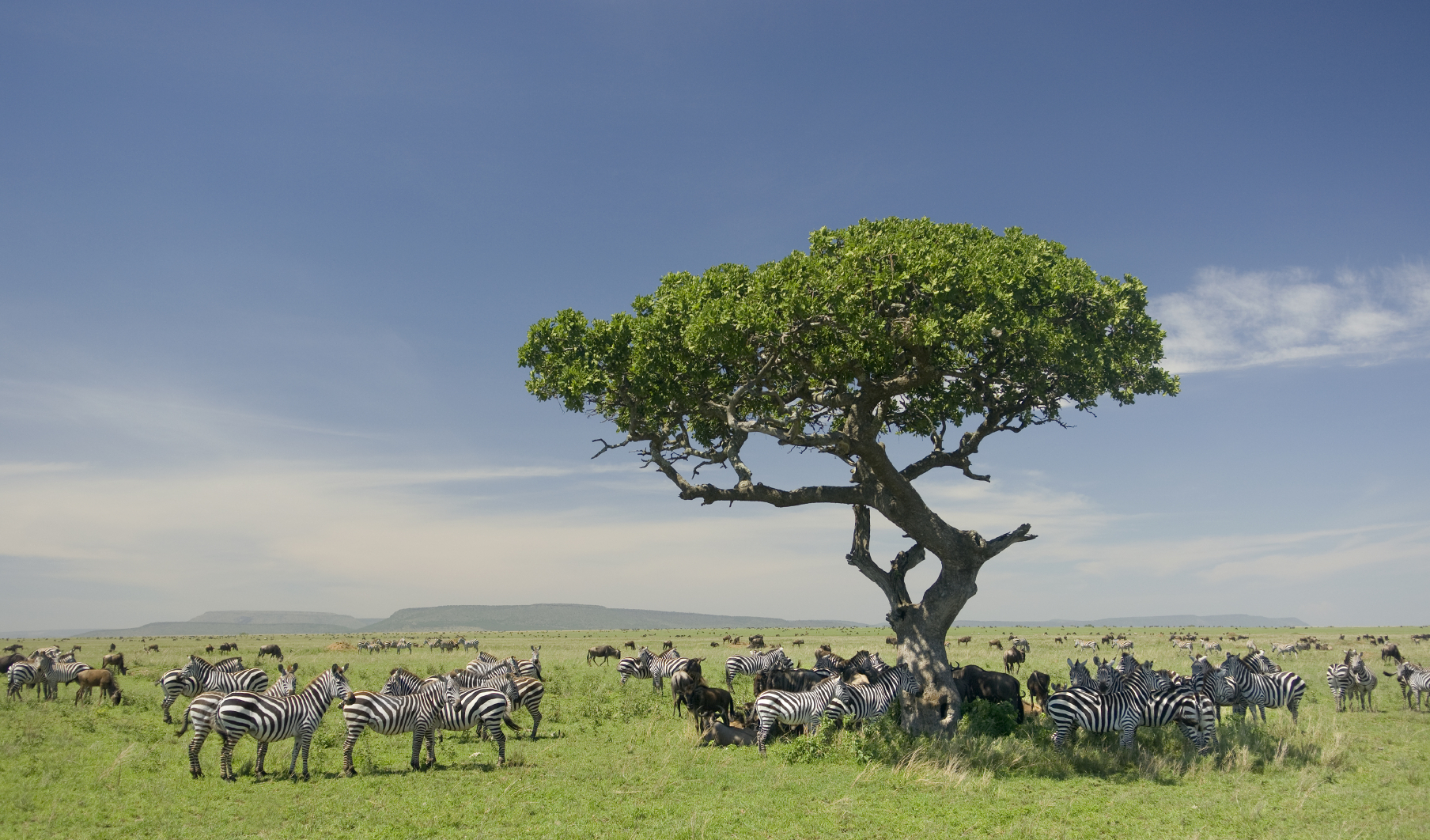 The Serengeti is one of the most famous wildlife reserves in the world, and the real star of any Tanzanian safari. Best known for its iconic wide-open plains and extraordinary array of wildlife, it’s also the setting for the most exciting event on the safari calendar, the Great Migration. Many travellers try to time their visit to coincide with this extraordinary natural spectacle, witnessing millions of wildebeest and zebra bound across the savannah before dramatically attempting to cross the Mara River into Kenya. There’s plenty to see all year round too; expect sightings of lion, cheetah, buffalo, elephant, giraffe, eland, mongoose and much more. For the best views of the Great Migration, stay at Singita Mara River Tented Camp or Serian’s Serengeti North Camp; both camps are just minutes away from some of the busiest crossing points on the Mara River. 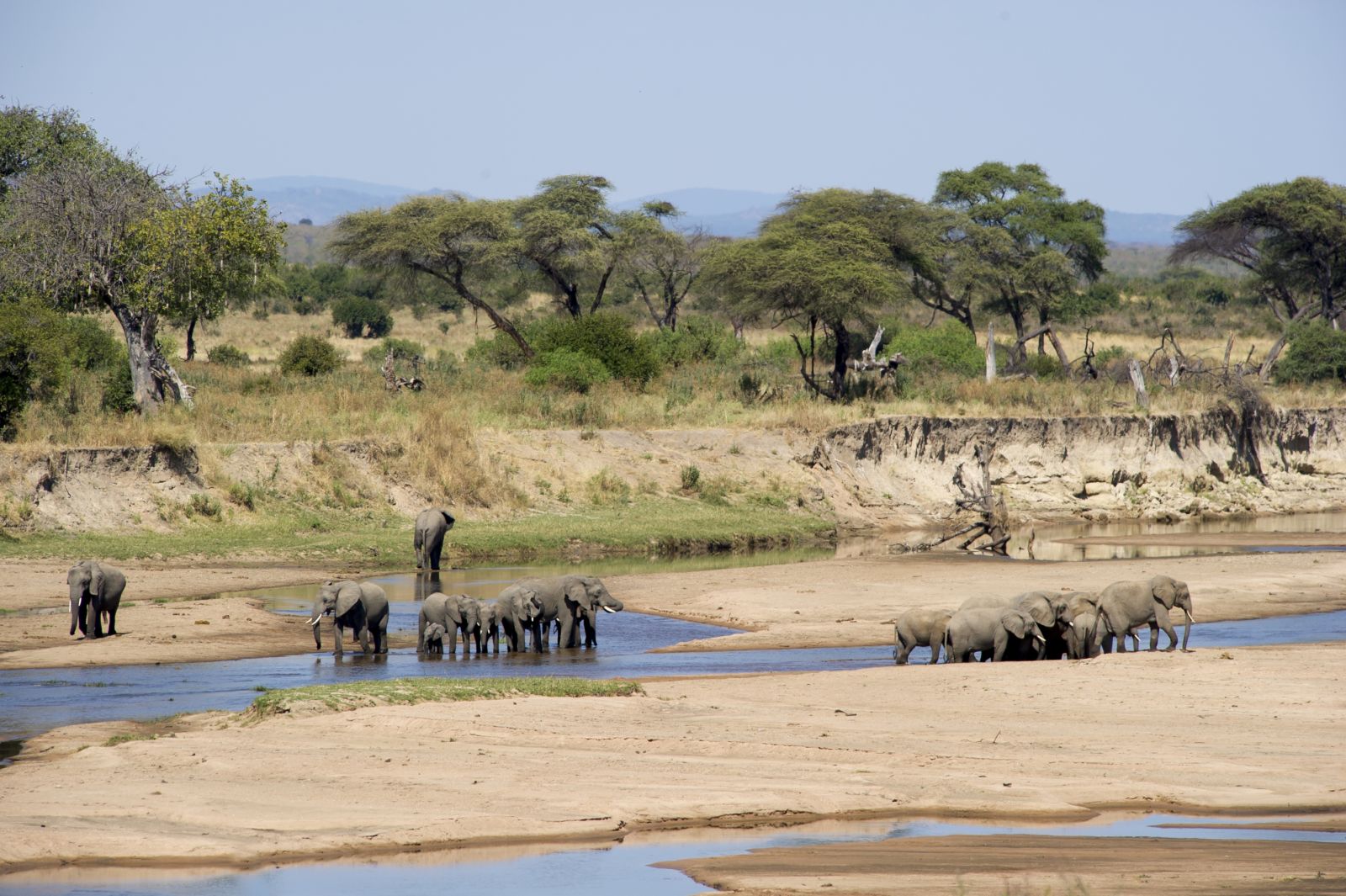 Over twice the size of the Serengeti but with fewer than 5,000 visitors a year, the Selous offers a classic safari experience and sightings of the Big Five. Wildlife is more widely dispersed, but there’s plenty of it; the region is home to Africa’s largest lion population (though sightings are never guaranteed), vast elephant herds and a quarter of the world’s rare wild dogs. The diversity of the landscape is a huge draw; days might begin with a walking safari though open woodland and floodplains, before a boat trip across an oxbow lake spotting crocodiles and hippos wallowing in the murky waters. Stay at Siwandu; strung along the banks of Lake Nzerakera, each of the camp’s thatched-roof tents comes with a private verandah for armchair game viewing, while sundowners are taken drifting along the lake. At Sand Rivers Selous, open-fronted rooms overlook the mighty Rufiji River, while the adventurous can spend a night fly-camping, sleeping out in the African wilderness under the stars. 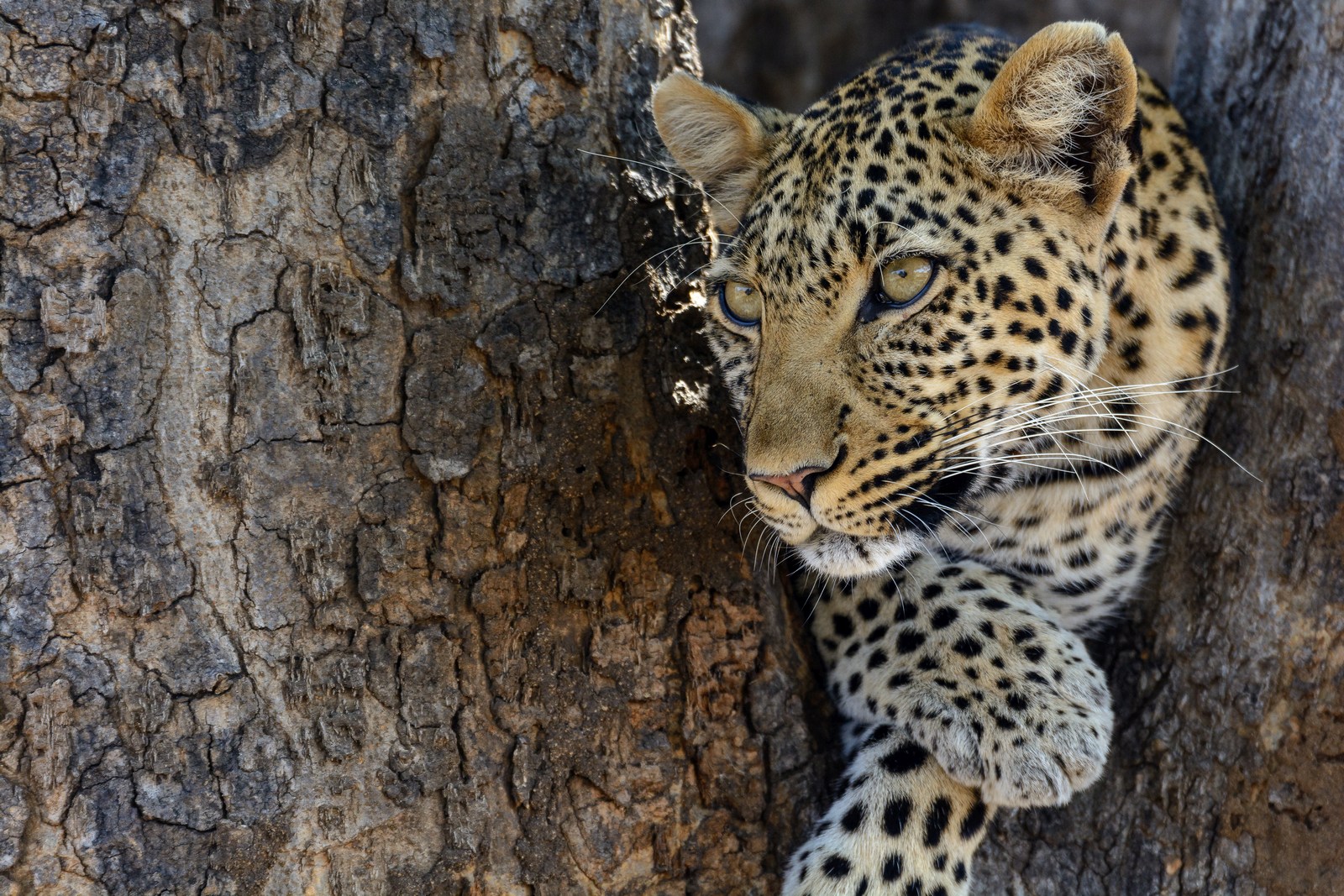 Little-known and significantly less explored, the landscape of Tanzania’s southerly Ruaha National Park conjures up images of storybook Africa. With its giant baobab trees, thick woodland, spiky palms and craggy outcrops, the park is even bigger in size than the Serengeti – but has just a fraction of the number of lodges and camps, meaning it never feels crowded. Top sightings include herds of elephant and buffalo, the gentle greater kudu, wild dog and big cats – over a tenth of the world’s lion population is found in Ruaha. Set on a rocky outcrop in a secluded corner of the park, design-forward Jabali Ridge offers superb walking safaris with highly qualified guides, while isolation is a big draw at Jongomero – the next camp is over 70km away. Balloon safaris are also popular here and many lodges can arrange an early morning flight over the floodplains. Ruaha combines well with the Selous on a twin centre safari; for more information take a look at Red Savannah’s Southern and Western Tanzania itinerary. 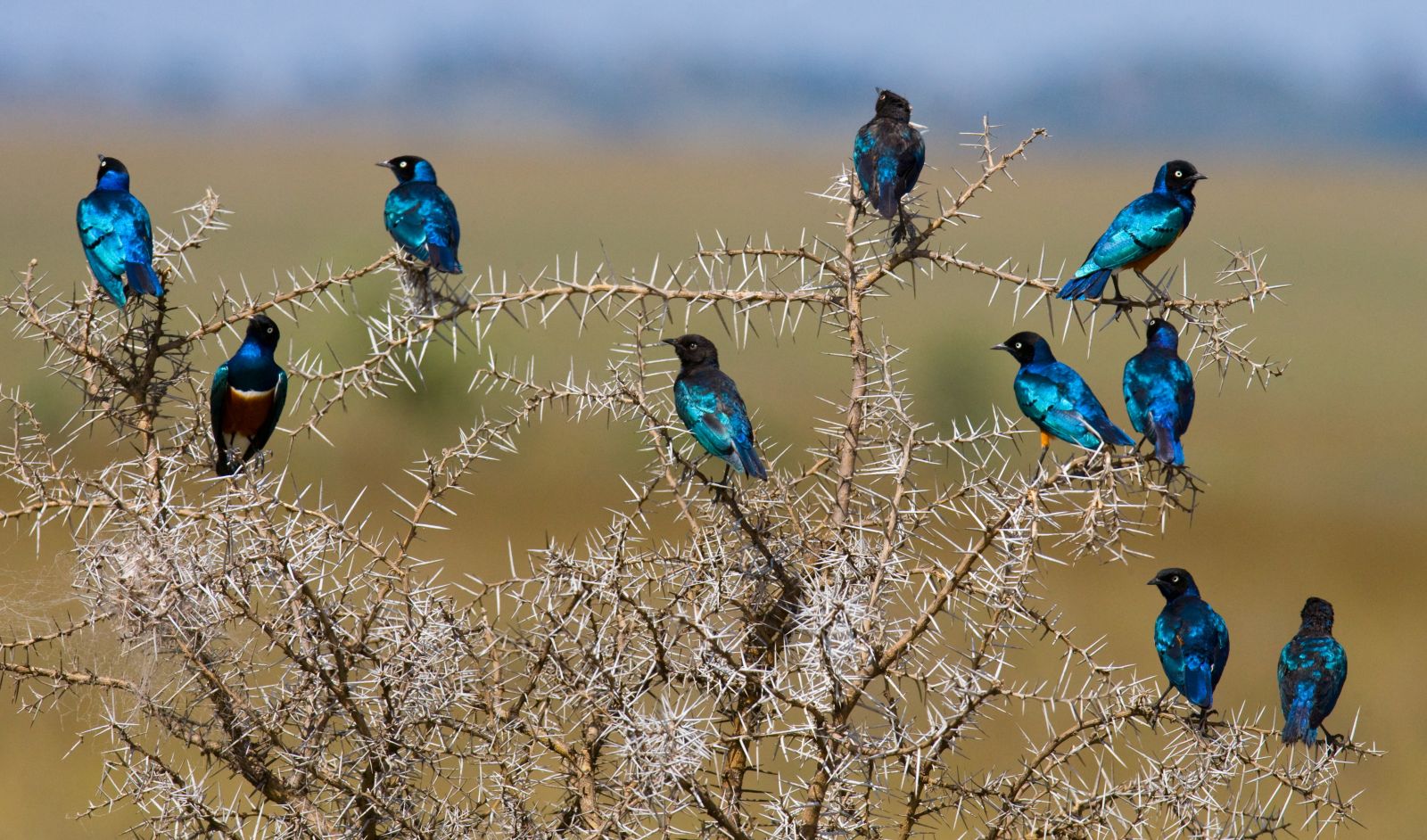 Widely considered a bolt-on to the better-known northern Tanzania circuit, Tarangire National Park is a bit of a hidden gem. With the Tarangire River slicing through the middle, thirsty animals including elephants, wildebeest, gazelle, impala, eland and mongoose flock here during the dry season in search of fresh water. Once the rains arrive, wildlife disperses to the Maasai Steppe to the east and Lake Manyara to the north, so it’s important to time your visit right. Stay at Kuro Tarangire; hidden deep in the park’s thick vegetation and acacia scrub, this eco camp is just a stone’s throw from the Silale Swamp, where elephant come to play in the mud and feast on the long grass. At night, the bush comes alive with zorille, porcupine and lone sulking hyenas, while a population of over 500 different bird species make the region a birdwatcher’s paradise. 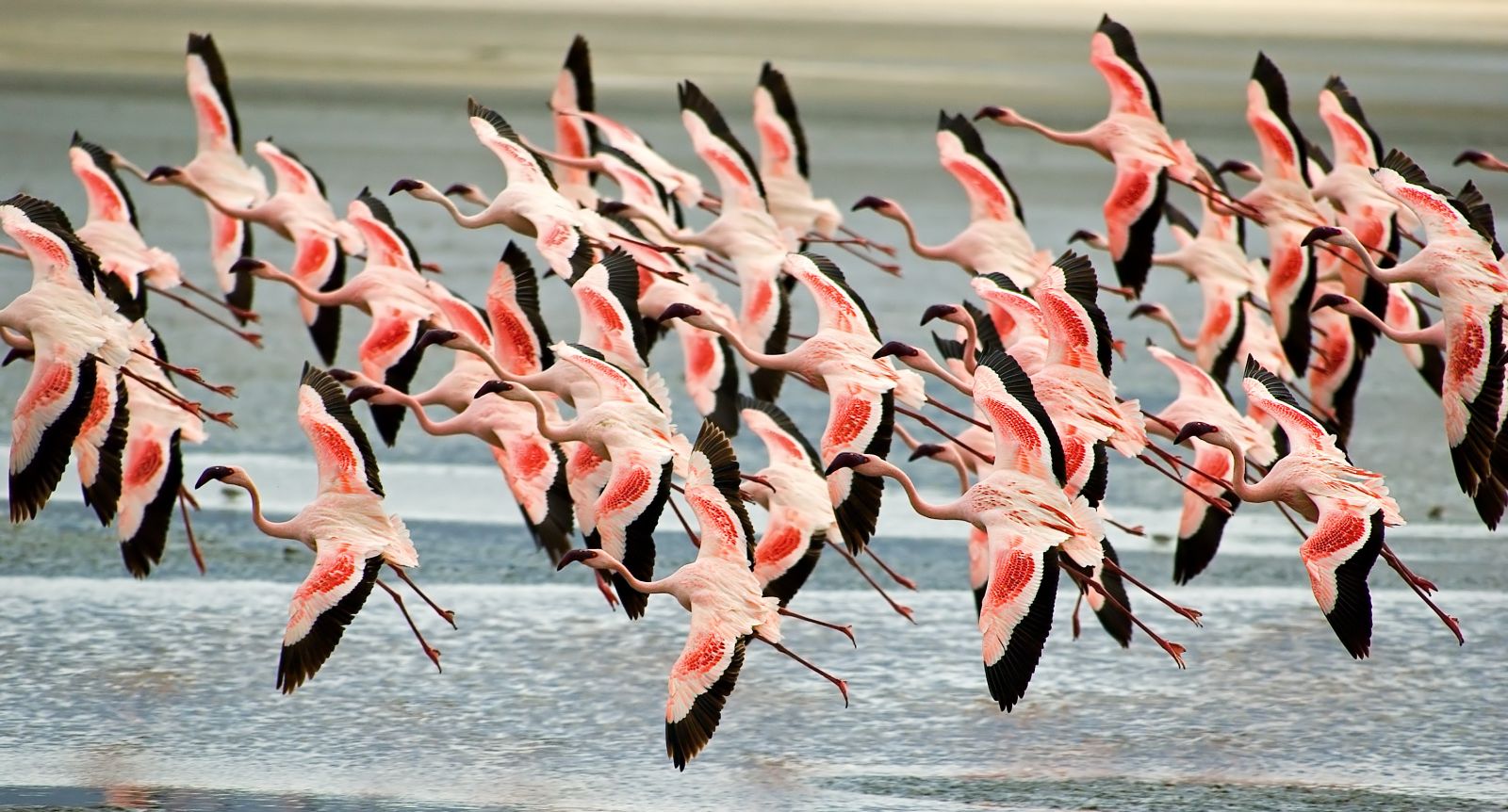 Located along the main route into the Ngorongoro conservation area, Lake Manyara National Park doesn’t have anything close to the same concentration of game as the Serengeti or the Selous – but it’s certainly worth a visit for its famous tree-climbing lions (if you’re lucky enough to spot them). The park is also home to some of Africa’s largest troupes of baboons and blue monkeys, while the lake itself is a haven for water birds and flamingos, who sometimes flock here in their thousands. Most of the crowds arrive early in the morning before moving on, but it’s worth spending a night or two nearby to allow more time to explore the park. Set on the red-brown hills of a nearby coffee plantation, Plantation Lodge is an easy 30-minute drive away and makes an ideal base. 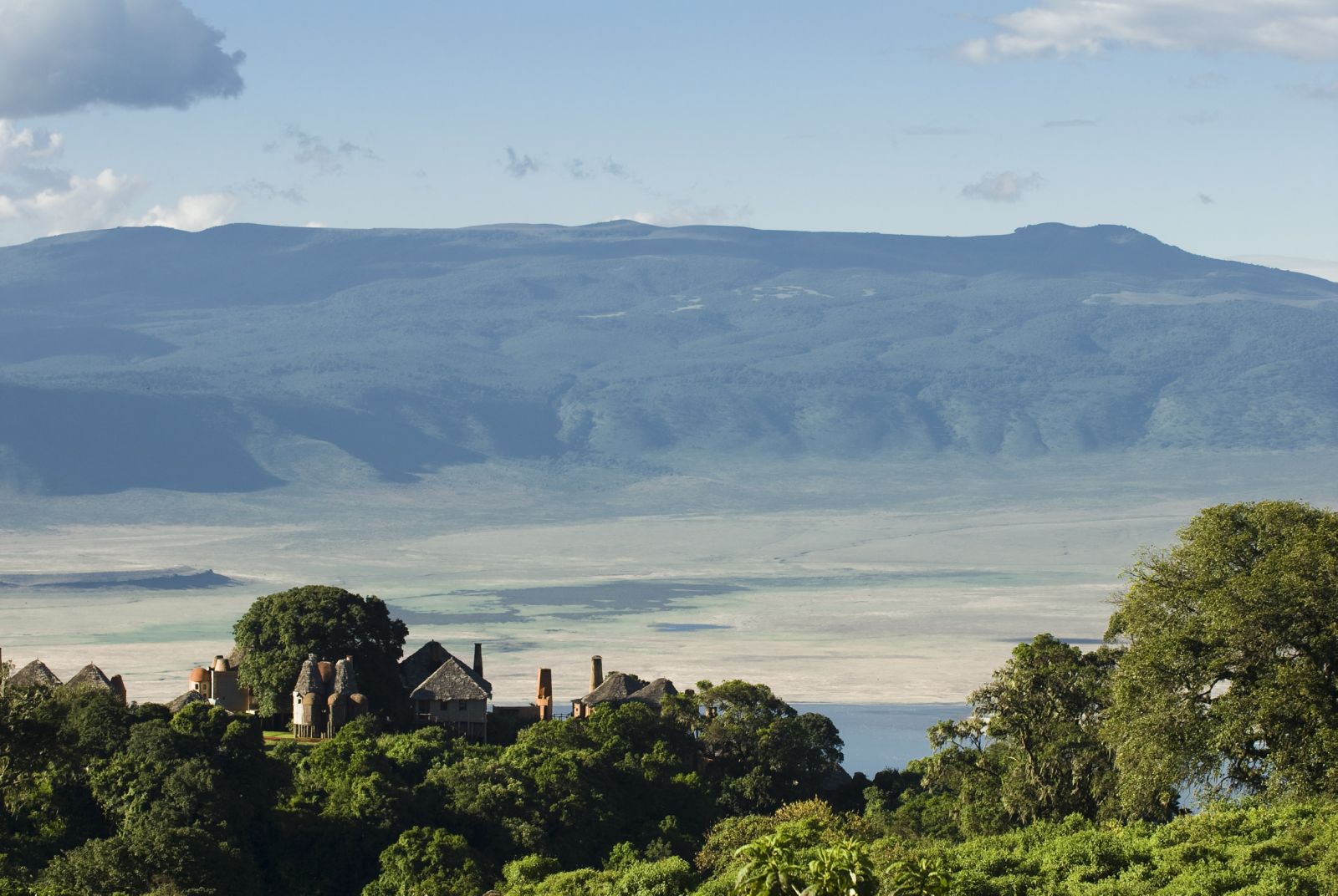 The strikingly beautiful Ngorongoro Conservation Area is a UNESCO-protected natural wonder of the world – and one of Tanzania’s most visited destinations. Formed from the 300-million-year-old remains of an exploded and collapsed volcano, the area is one of the last remaining habitats of the deeply endangered black rhino and one of the country’s top places to tick off the Big Five. Rich in volcanic soil, lush grass and spring-fed lakes, the crater floor itself is a playground for wildlife, allowing species to thrive. With such a high concentration of animals, the park can get very crowded with day-trippers, so we’d recommend spending a night or two on the crater rim. Teetering over the edge, &Beyond Ngorongoro Crater Lodge is the most exclusive place to stay, with incredible design notes echoing something between Versailles and Middle Earth, while the more low key Lemala Ngorongoro Tented Camp is positioned close to the crater access road, allowing guests to be among the first down each day. 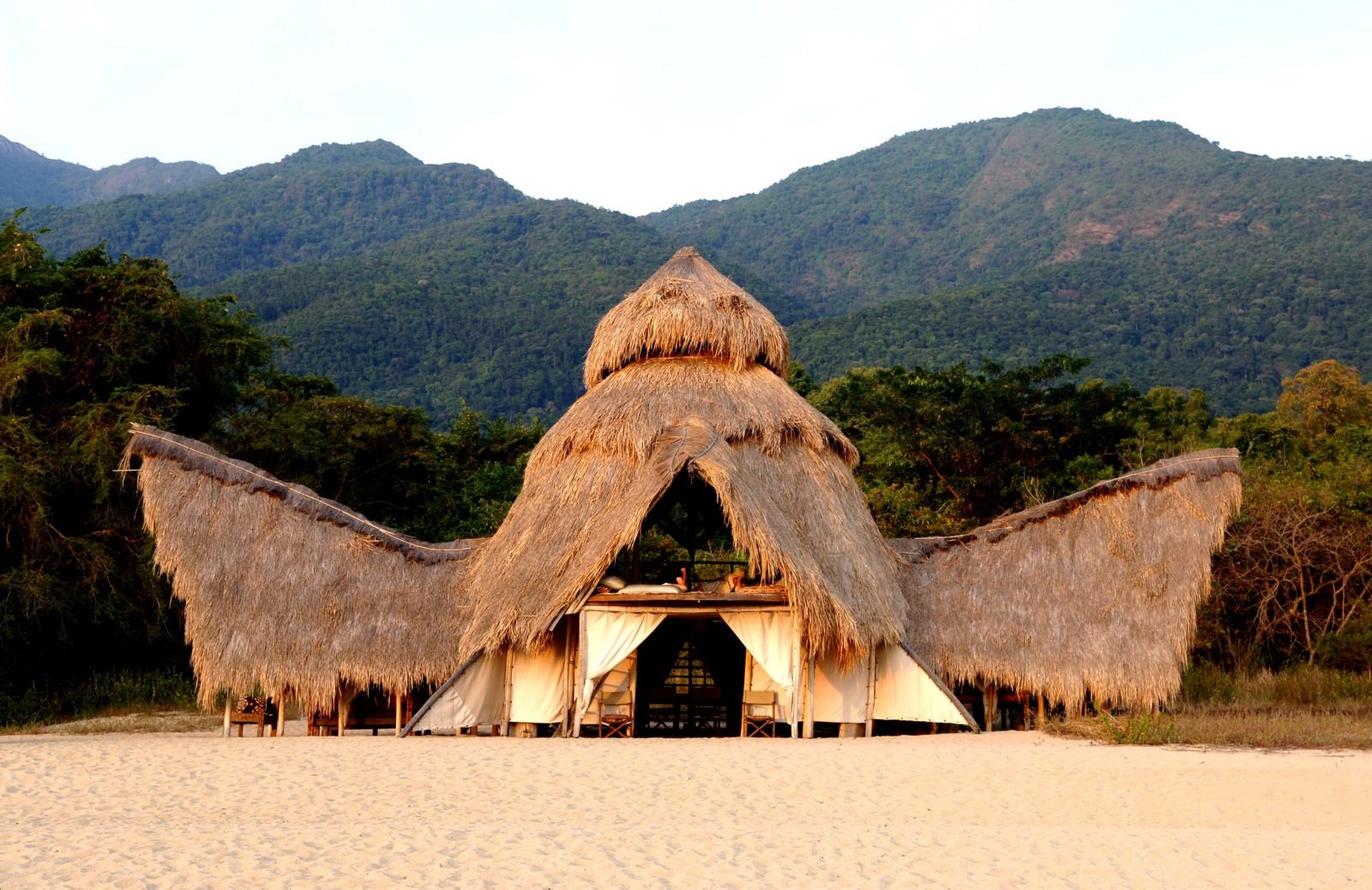 With its unique combination of safari and beach, Mahale Mountain National Park is remote and difficult to access, drawing very few visitors. The region’s real trump card is its chimpanzee population; the thickly forested mountains are home to around 1,000 of these majestic primates and days are spent trekking up steep forest paths to try and glimpse them in their natural habitat. Other land-based activities include bush and bird watching walks and visits to nearby waterfalls, while lazy afternoons can be spent relaxing on the shores of Lake Tanganyika – the ultimate antidote to all the action of a safari. Accessible only by private air charter or boat, Greystoke Mahale is the park’s top place to stay. Wooden bandas spill directly out onto the powder-white sands and guests can kayak, swim or drift along the lake in a dhow boat, before enjoying suppers of fish plucked straight from the waters of the world’s longest freshwater lake.